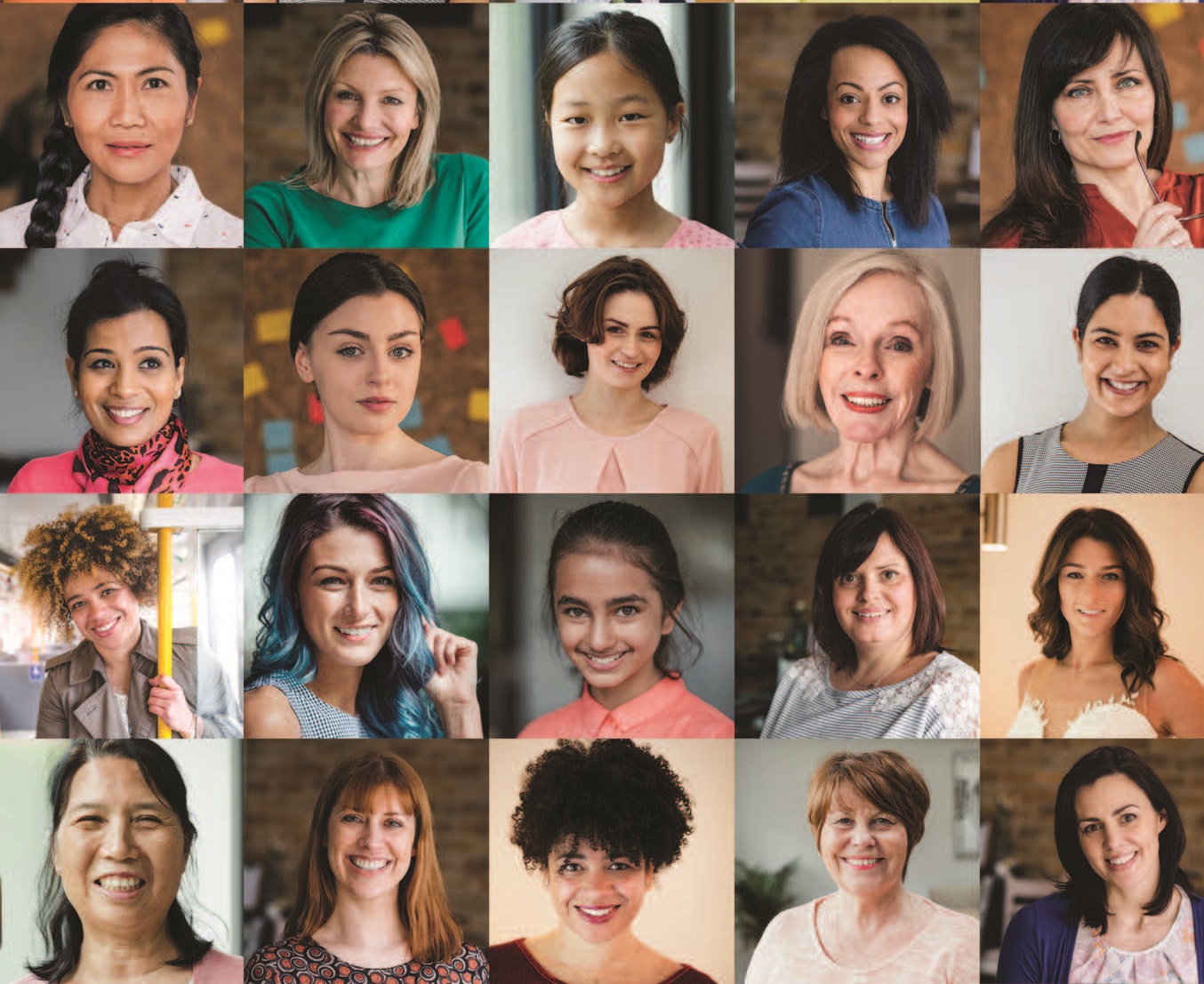 A few years ago, Sheryl Sandberg of Facebook fame authored a book entitled Lean In. In her book, Sandberg made the point that women in the workplace sometimes hold themselves back by not demanding the credit and respect they deserve. Women who succeed at the highest professional level do indeed face myriad obstacles— both internal and external. By the same token, history has shown us that the individuals who ﬁnd ways to push past those limits not only achieve great things but serve as inspirations for all who follow. Looking back at 2009, the year the ﬁrst issue of EDGE rolled off the presses, there was much to inspire, although we still had a long way to go. These nine leaders provided some of the year’s best moments….

January 12 • Brazilian soccer star Marta becomes the ﬁrst player of either sex to be named FIFA World Player of the Year four years in a row. 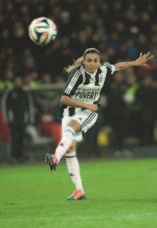 The heir to Mia Hamm’s unofﬁcial title as best of the best, Marta burst onto the world soccer scene as a teenager in 2004 when she led Swedish League team Umea IK to the UEFA Women’s Cup championship. At the age of 20, she won her ﬁrst Player of the Year title. Marta won for the fourth time in 2009 while splitting her time between the Brazilian national team and the Los Angeles Sol, champions of the Women’s Professional Soccer League.

10 Years Later • Marta won a ﬁfth straight Player of the Year award in 2010 and continued her pro career in Sweden through 2016. In 2017, the cat-quick forward joined the Orlando Pride of the National Women’s Soccer League. The following season, Marta won her sixth FIFA World Player of the Year Award, at the age of 32.

January 21 • Hillary Clinton is conﬁrmed as Secretary of State.

The Senate conﬁrmed Clinton by a vote of 94 to 2, making her the ﬁrst former First Lady to serve in a cabinet position. Yes, it was kind of a consolation prize. But “State” seemed like a great stepping stone to a renewed presidential bid in 2016. What could possibly go wrong? 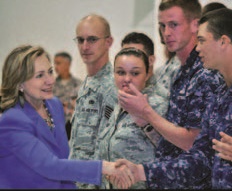 Corwin Colbert US Dept of Defense

10 Years Later • Clinton used her experience and connections from the Senate Armed Services Committee to coordinate the goals of Defense and State, and to give the civilian arm of government more responsibility for responding to international crises. She and President Obama rarely disagreed and formed a surprisingly effective partnership. By the time 2016 rolled around, however, the political landscape had shifted and Clinton found herself facing Donald Trump in the election. Trump’s “upset” victory meant that America would have to wait for its ﬁrst female chief executive. 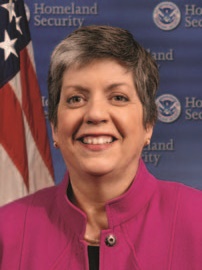 January 21 • Janet Napolitano becomes the ﬁrst woman to be named Homeland Security Secretary. Born in New York and raised in Pittsburgh and then Albuquerque, Napolitano was voted Most Likely to Succeed at her high school graduation in 1975. Following a meteoric law career, she was elected Governor of Arizona and was on the shortlist of VP candidates for John Kerry in 2004. In her ﬁrst year as Homeland Security chief, Napolitano dealt with the Swine Flu outbreak, the “Underwear Bomber” and a rise in right-wing extremism.

10 Years Later • Napolitano left her post in 2013 to become the ﬁrst female president of UCal Berkeley. She has led efforts to address sexual violence and harassment, managed tuition costs and improved the food choices available on the 10 campuses, as well as starting a carbon-neutral initiative for the school. However, Napolitano has also taken heat for misleading budget practices. In 2017, she ﬁled a lawsuit against the federal agency she once ran after the Trump administration ended DACA. 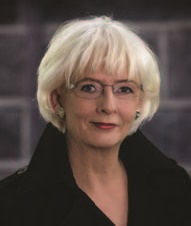 February 1 • Jóhanna Sigurðardóttir of Iceland becomes history’s ﬁrst openly lesbian prime minister. Sigurðardóttir began her professional life as a ﬂight attendant and was elected to Parliament in 1978 at the age of 36. Over the next three decades, her popularity and approval rating soared. In 2009, following the implosion of Iceland’s banking system, she was asked to lead her country out of economic free fall.

10 Years Later • Sigurðardóttir’s administration restored the economy and put safeguards in place to ensure such a ﬁnancial calamity could never happen again. She also made Iceland the ﬁrst Western democracy to ban strip clubs and other businesses that proﬁted from women’s bodies. The nation is now considered the “most feminist” in the world. Sigurðardóttir retired from government life in 2013 and authored the autobiography My Life in 2017. 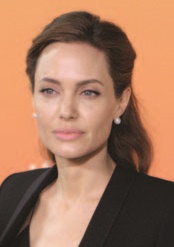 Big names. Big Money. A big year for female celebrities. Jennifer Aniston also made the Top 10. Jolie earned an Oscar nomination for Changeling; Winfrey was voted America’s favorite TVpersonality in a Harris poll; Madonna wrapped up a world tour and released a Greatest Hits album; Beyoncé performed “At Last” at the Inaugural Ball and was named top female artist of the decade by pretty much everyone.

10 Years Later • The top two slots are still held by women: Taylor Swift and Kylie Jenner. After that, it’s all dudes: Kanye West, soccer star Lionel Messi, musician Ed Sheeran, soccer stars Cristiano Ronaldo and Neymar, The Eagles, Dr. Phil McGraw, and boxer Canelo Alvarez. For the record, in 2019 Jolie (44) starred in and co-produced Disney’s Maleﬁcent: Mistress of Evil; Winfrey (65) produced the disturbing documentary After Neverland for HBO; Madonna (61) released her 14th studio album, Madame X, which was the nickname Martha Graham gave her as a dance student; Beyoncé (37) voiced the character Nala in The Lion King and sang “Can You Feel the Love Tonight” with Donald Glover on the soundtrack. 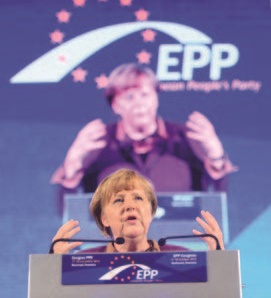 Four years after becoming Germany’s ﬁrst female Chancellor, Merkel presided over the 35th summit of world leaders in Italy. (The G stands for “Group” if you were wondering.) She was the only woman among the G8 leaders, who made progress on issues related to climate change and infrastructure needs in Africa and also endorsed the Global Summit on Nuclear Security, scheduled for the following year in Washington.

10 Years Later • In 2012, Merkel was named by Forbes the #2 Most Powerful Person In The World—the highest-ever ranking for a woman. In 2014, the G8 became the G7 after Russia was expelled for its annexation of Crimea. In 2015, Merkel was named TIME Person of the Year. Near the end of 2018, she announced plans to step down as Chancellor in 2021. In 2019, she was awarded an honorary doctorate from Harvard. 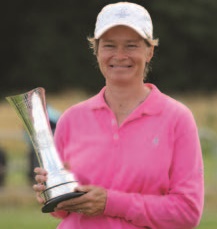 August 2 • 39-year-old Catriona Matthew wins golf’s British Open 11 weeks after giving birth to her second child. Despite golf’s long history in Scotland, Matthew was the ﬁrst Scot to win this tournament. After a so-so opening round, she shot a scorching 67 for the second 18 holes and a 71 the next day to establish a three-stroke lead. On the ﬁnal day, 2002 champion Karie Webb made a magniﬁcent run at the lead with a 67, but Matthew birdied 13, 14 and 15 to lock up the championship by three strokes. Her daughter, Sophie, had been born on May 16.

10 Years Later • In July 2009, Matthew and her husband, Graeme, narrowly escaped a hotel ﬁre during the Evian Championship in France. He suffered burns on his feet which prevented him from caddying for his wife. The Open victory turned out to be Matthew’s only victory in a “major.” She came close again only once, at the 2013 LPGA Championship, losing to Inbee Park in a three-hole playoff. Matthew’s lone victory on the LPGA Tour after 2009 came in 2011 at the Lorena Ochoa Invitational in Mexico. 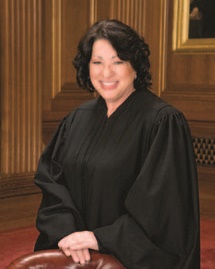 10 Years Later • Sotomayor’s key rulings have involved the upholding of Miranda rights, immigrant rights and rights to privacy in the digital age. She has also forged some interesting alliances, including one with Neil Gorsuch over the defense of due process and law-enforcement overreach. In 2018, Sotomayor published Turning Pages: My Life Story. 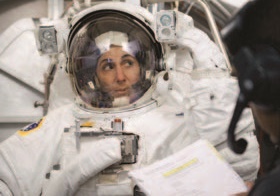 The “NASA Tweetup” initiative ofﬁcially got off the ground in the fall of 2009 when Stott—one of ﬁve ﬂight engineers on the mission—and her crewmate Jeff Williams conducted the ﬁrst live Tweet session from the International Space Station (ISS). Previously, astronaut Tweets were posted on the Internet by NASA. Stott returned to the Kennedy Space Center the following month.

10 Years Later • Stott returned to the ISS on the space shuttle Discovery in 2011. Among the goals of this mission was the delivery of a humanoid robot (aka Robonaut 2). Four years later, in 2015, she announced her retirement after 27 years working for NASA. Stott’s husband, Chris, is an aerospace entrepreneur. 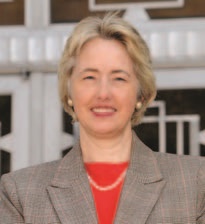 Parker, Houston’s City Controller, ﬁnished ﬁrst in a four-way mayoral race on November 11, but fell short of a majority against Gene Locke, Peter Brown and Roy Morales. Brown threw his support behind Parker in the December runoff election, while Locke received the support of two ex-mayors. Parker prevailed by 11,000 votes.

10 Years Later • Parker served three two-year terms, from 2010 to 2016, winning more than 50% of the vote both times. In 2014, she married her long- time partner, Kathy Hubbard, in Palm Springs. In recent years she has been a vocal advocate for women in government and has spoken frankly about the particular abuse female mayors endure from their critics. In 2019, Houston was eclipsed by Chicago as the largest city with an openly gay mayor when it elected Lori Lightfoot.