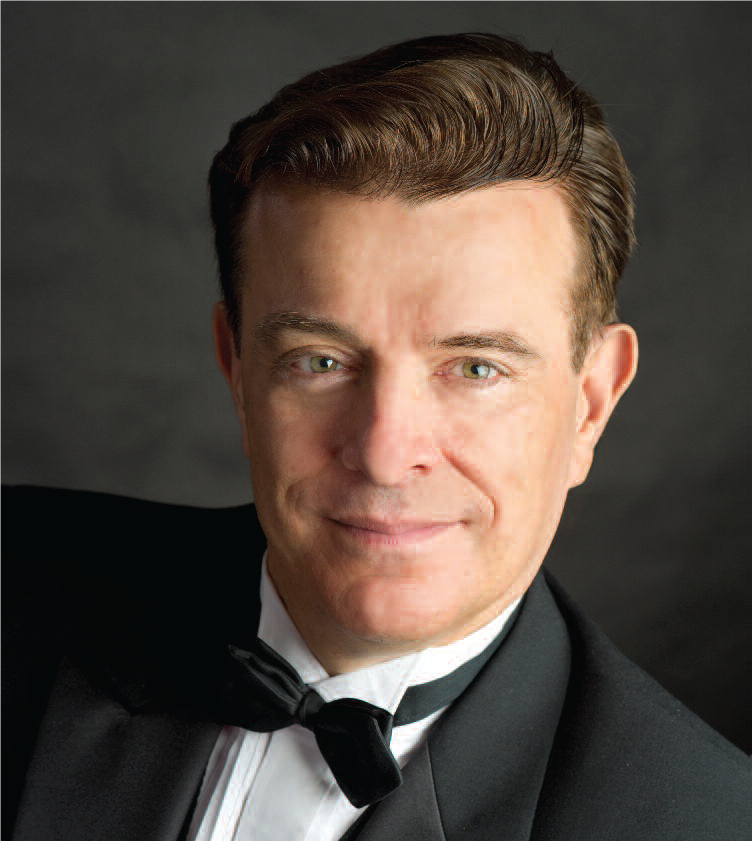 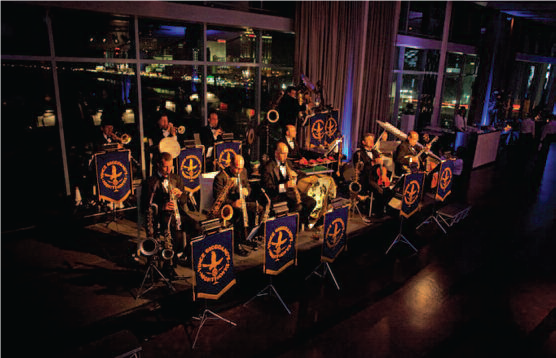 Bix Biederbecke once said the thing he liked about jazz was that he didn’t know what was going to happen next. The legendary 1920s bandleader could just as well have been describing HBO’s Boardwalk Empire. It is loud and loose and right on the edge of crazy. Vince Giordano and his band, the Nighthawks, supply the music that drives the hit series. They can be seen performing in the lavish party scenes, and heard throughout each episode. Authenticity is the hallmark of the show, and Giordano is as authentic as they come. The Nighthawks work off the original band arrangements from that era— Giordano just happens to own the world’s largest collection. In 2012, he won a Grammy for the Boardwalk Empire compilation soudtrack…and suddenly, everyone is talking about (and downloading) the joyous music of the Roaring ’Twenties. EDGE Editor Mark Stewart—also a devotee of early jazz—spoke with Giordano after his weekly gig at Sofia’s Restaurant on West 46th St. in New York.

EDGE: At what point did you get the call for Boardwalk Empire?

VG: Right from the get-go. The same music team I worked with on The Aviator with Vincent Scorcese was asked to put together the music for Boardwalk Empire. They knew I had two houses bulging with 60,000 scores. We had such a fun time on the movie I said, “Let’s do some more!”

EDGE: With the added bonus that the show is filmed in Brooklyn.

VG: It’s really convenient. The set we work on is actually the recreation room of an African-American church in Bedford-Stuyvesant. The Boardwalk Empire team went in and rewired and repainted it, basically got it up to code, so when the show is done they’ll have a nice recreation hall. Some other scenes were shot in a mansion built in 1804 that’s part of the Brooklyn Navy Yard.

EDGE: How much acting direction do you and the Nighthawks get?

VG: When Scorcese supervised the pilot, he had a lot more direction for us. I even got some speaking lines. In subsequent episodes we’re more in the background. Our job is to mime the music we’ve recorded in the studio. So we have to look like we’re having a good time and make sure were in synch. We have these little devices called earwigs, which are wireless speakers we put in one ear. So when they want to knock out the music so they can capture the dialogue, we’ll still have it playing in our ears. You don’t want to be strumming or fingering and be really off—it looks bad. 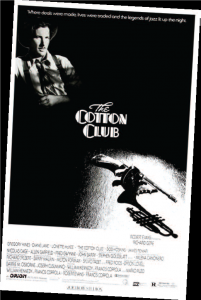 EDGE: People are always trying to spot that in movies, aren’t they? Hey! He’s not really playing!

VG: Oh, yeah. In the old days there was some real bad sidelining—that’s what we call it—where they put Joe Blow up there with a bass or a trombone or a saxophone and it was really apparent he had no idea what he was doing. You watch those scenes and say, “Oh my God, they couldn’t find some out-of-work musician to do this?”

EDGE: What was the first movie you and the Nighthawks were in?

VG: In 1984, a small version of the band was in The Cotton Club. Richard Gere portrayed a trumpeter named Dixie Dwyer in the movie. He had actually played a trumpet in his high-school days. He tried to get his lip back, which is pretty hard. The trumpet is a very demanding instrument. But he pulled it off. He did a pretty good job recreating those big Louie Armstrong solos. Richard was a very nice fellow, too. Very interested in our music, and very open to any suggestions we could give him.

EDGE: Do you have an opportunity to get to know the actors on a series like Boardwalk Empire? I ask because I know that Michael Pitt is a musician. By the way he’s definitely been bumped off, right?

VG: Oh, yeah. He’s gone. A lot of people were upset that they killed off Jimmy. I say just don’t kill off the band! No, but generally we don’t get a chance to hang out much. We’re so far away from the main actors on that set, and with time clicking away and so many people involved there’s just not the opportunity. Movies can be different. When we did The Aviator, Leonardo di Caprio came over and mentioned to me that he was very surprised that this music had so much spirit and fun to it. He said, “This is really exciting music!” Being a younger person, he was like a lot of people who’d never been exposed to this vintage music. It was a revelation.

EDGE: When you won the award for Best Soundtrack it was not on the Grammy television show. How did you find out?

VG: It was on the Grammy internet channel. The news came sometime the afternoon before the Sunday evening broadcast. I was playing a jazz party up in Connecticut and I got a text that said: WE WON. So you can imagine, we were running around screaming. People thought we were a little nuts. I’m happy we won. I’m even happier that the music will now get a little more attention.

EDGE: You shared that soundtrack with other musicians who’ve devoted themselves to the music of the 1920s and 1930s. Performers like Leon Redbone. What’s the feeling in that larger group? Does the Grammy give you all some validation?

VG: Definitely. All this work we’ve put in for all these years with doubting Thomases saying, “What are you doing with this old music? Get with the times!” We hung in there and it did something good for all of us.

EDGE: The Nighthawks formed in the 1970s. It’s quite something to keep a musical group together for 30-plus years. What was the band’s first break? 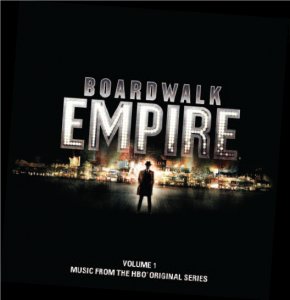 VG: In the early 1980s we were bouncing around different night spots in New York City. We were playing at this club on the West Side called Sweetwater’s. An interesting fellow came in with thick glasses and a goatee. He asked for my card after the show. It was Ahmet Ertugun from Atlantic Records. Ahmet was extremely connected. He called Peter Sharp, the owner of the Caryle Hotel, and said, “You gotta get these guys in your room.” We worked there Sundays and Mondays. Those were Bobby Short’s dark nights. We did two seasons there. He and his wife also got us a lot of charity balls and private parties. We were working like crazy—the guys were actually complaining!

VG: Yes, I was fortunate to work with Dick Hyman as a side man on about a dozen Woody Allen films. Dick called me up and said, “You really love playing this music. Sometimes I get musicians who are really talented, but who don’t have the spirit for this older music.”

EDGE: You’ve had this spirit all your life.

VG: Since I was five years old. The impact of this music really came from winding up my grandparents’ old Victrola and listening to their 78 collection. I have it in my home now—it’s my Rosebud, so to speak. Anyway, as a teenager I tried listening to rock ’n roll, but it just never sat well with me. The other kids were listening to the Beatles, of course. Coming home after school and turning on the TV you’d see those old comedies—The Little Rascals, Laurel and Hardy, the Warner Brothers cartoons—and they used a lot of that peppy music from the 1920s, with synchopated brass and whining saxaphone. So people would say, “There goes Vince with that ‘cartoon music!’” They just couldn’t understand what I was doing. It was tough as a teenager.

EDGE: Let’s talk about your vintage music arrangements. Is that the right term?

VG: Or stock orchestrations. These are band charts—not just the old piano sheet music you see in antiques stores. So if you were a bandleader back in the 1920s you would buy this packet of music and hand it out to all the fellows in your band. If you didn’t have your own arranger, these stock orchestrations were enough to get your band up and running. There were thousands of bands all over the world doing the exact same arrangements.

EDGE: Is it fair to say the “value” of these scores is that you don’t have to listen to the 78s and deconstruct the different parts?

VG: That’s quite true. For us to play this music exactly how we hear it on the recordings, it takes away a lot of the guesswork. Also, sometimes I’ll hear a great recording and pull out the arrangement, and see that someone in the band or one of the arrangers did something really special.

EDGE: How did you begin amassing your collection?

VG: I was a member of the musician’s union and put an ad in this publication that went out to the whole country, VISIT US ON THE WEB www.edgemagonline.com asking if anyone had these arrangements from the ’20s and ’30s. A lot of bandleaders who were getting up there in age—or their widows—offered to box them up and send them to me if I paid the postage or gave them a few bucks. This started in the mid-’70s. Then I went even further and began contacting the families of old musicians who had passed away. I would hand-write letters to their relatives explaining who I was and what I was trying to do. Many people called me and said, “Wow, we were going to throw this out—come over and take it.” 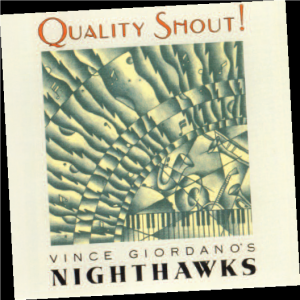 VG: I own twin houses in Brookyn. I moved there in 1979. The people across the driveway we shared passed away and I put a bid in for the house and got it. Once I got the second house my collection expanded. I am like the goldfish you put in a bigger pond who gets bigger.

EDGE: What’s the end game? Where does the collection ultimately reside, say, 50 years from now? What’s the ideal scenario?

VG: I plan to donate these to a foundation that is being set up by Michael Feinstein.

EDGE: I would think that a college or university would love to get its hands on these vintage arrangements.

VG: Our institutes of higher learning don’t seem to see this as valuable music. The jazz music they’re teaching kids is more modern—it starts with Thelonious Monk and John Coltrane. I’m all for that but, unfortunately, it almost seems as if one style of music is being erased by another.

Editor’s Note: Vince Giordano’s Nighthawks play every Monday and Tuesday night right on the other side of the tunnel at Sofia’s. To keep track of Vince log onto vincegiordano.com. To read about how Vince began his musical career, log onto edgemagonline.com for exclusive content.