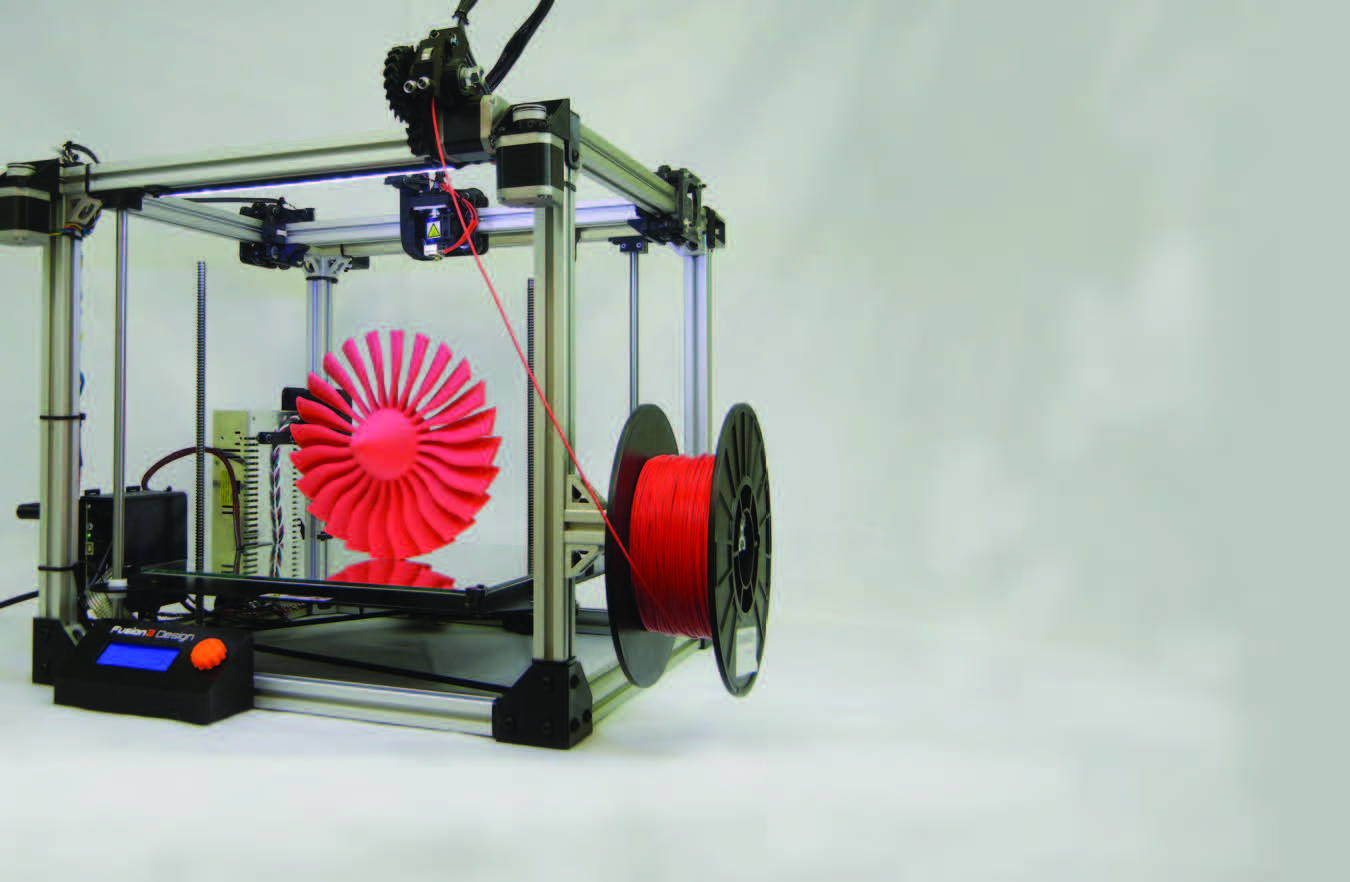 How will Smart Technology change our lives?

Edgar Degas was dining at a friend’s home when the telephone—at that time a decided curiosity—rang. As his host ﬁnished his conversation and returned to the table, he asked Degas what he thought of the new device “So, that is the miraculous new thing?” the famous painter sneered. “The machine rings, and you run to talk to it?”

Today’s “smart” technology gets a much warmer reception, although these products are frequently incomprehensible to many of us over the age of 50. My ﬁve-year-old solar-powered G-Shock watch, for example, has yet to be maximally programmed, because: (A) all I want to know is the correct Eastern Standard Time, (B) I can’t understand the manual, and (C) those buttons are so small. 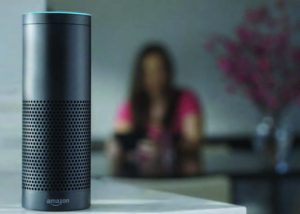 Smart technology had its beginnings in products that, by today’s standards, are commonplace, if not actually antiquated. Mechanical adding machines gave way to electric calculators, which yielded to lightning-fast pocket calculators that provided, at their initial appearance, an astonishing array of functions. Today, every smart phone or smart watch can perform all of the standard math operations (ask Siri the square root of 200 or the cosine of 30 and you get your answer without even touching a button), —along with dozens of other functions. Familiar appliances are now performing unfamiliar tasks. For example, electronic ovens—which turned themselves off by means of a timer—are now being replaced by models that will shut themselves down when a probe reaches a predetermined internal temperature.

Yet the truly remarkable inventions are not merely upgrades of existing technologies so much as purveyors of unimagined services. Laptops, tablets, cell phones?  Old hat. The smart technology that will soon be “everyday” includes quadcopters that are being built to allow same-hour deliveries from online retailers, and drones equipped with Go-Pro cameras, enabling humans to experience the thrill of ﬂight without leaving the ground. Remember how Siri seemed unbelievable when it debuted in 2011? Now many consider Amazon’s Echo to be more versatile and accurate. Well, the next challenger may take us into the realm of social robotics. JIBO, an appealing little critter developed by Dr. Cynthia Breazeal of MIT, is billed as the “world’s ﬁrst family robot.” JIBO is a member of the family, not just a search engine/database. It will answer questions, independently take photographs, provide audible versions of incoming texts, and act as a good-natured tutor. What it will not do (despite being called a robot) is heavy lifting. Or for that matter, any lifting—JIBO was not designed to do physical work of any kind. The projected sale price is in the $600 neighborhood, the cost of a high-end smartphone, or pair of designer shoes. 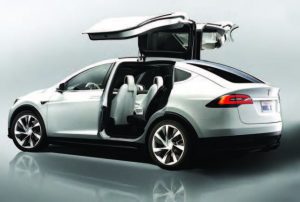 If you’ve gone car-shopping recently, you know that automobile manufacturers have been incorporating smart tech features with every new model. Many of these features already come as standard equipment on top-of-the-line models, including the dozens of microprocessors that control individual components and operate unseen by the driver. The Mercedes-Benz C-Class now incorporates Active Blind Spot Assist, which serves to alert the driver to unseen dangers, and will “intervene actively” to prevent an accident. MagneRide is a suspension system controlled by magneto-rheological dampers that adjust stiffness by sending an electric current through iron ﬁlings suspended in ﬂuid shocks, and can react to road conditions in a few milliseconds. It is available in vehicles manufactured by Audi, Ferrari and General Motors.

And then, of course, there is the Tesla, an all-electric sedan that has a singular array of smart features, including door handles that open out as the driver approaches, a wildly modiﬁable seventeen-inch touch-screen video display, gull-wing doors and medical-grade HEPA air ﬁlters. These gizmos do not make the Tesla a nerdy, unattractive clunker; the design features are stunning, and the Model S can go from 0-60mph in 3 seconds—more than a second faster than a Porsche 911 Targa 4S.The big automotive project on the horizon is the driverless car, although there are still major bugs to be dealt with. Google’s self-driving vehicle was recently stopped by a California motorcycle ofﬁcer who wanted to cite the driver for driving too slowly, but couldn’t ﬁnd anyone to cite for the offense. 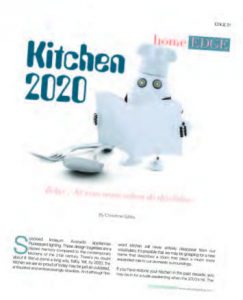 The largest smart technology projects comprise entire buildings. These towers employ systems to reuse “graywater,” which includes all water other than sanitary waste, for use in ﬂushing toilets, irrigation systems, heating and cooling operations and ﬁre protection. These buildings may also have sophisticated security monitors, climate control, renewable energy from solar panels and windmills, and “green” roofs, which capture rainwater for reuse and, due to their heavily planted surfaces, help control the internal climate of the building.

On a smaller scale, many of the advances in smart technology have taken place in the kitchen. Borrowing from methodology employed in profes-sional kitchens, high-tech refrigerators can be programmed with recipes and lists of ingredients. As food is prepared, the software tracks expiration dates, computes the quantity of each ingredient used, and updates shopping lists and analyzes nutritional and caloric values. Further down the road, the smart features on their way to America’s kitchens are truly awe-inspiring. That explains why a past feature in this magazine entitled Kitchen 2020 (available in the HOME section at EdgeMagOnline.com) is one of the most-visited articles we’ve run. 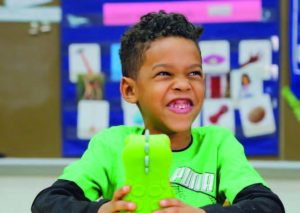 Advances in technology have made research and development cheaper, faster, and more precise. The result is smart technology popping up in some surprising places. For instance, garage workshop tinkerers can obtain hardware like Raspberry Pi and Arduino—small computers that can be used as plug-in components in new creations. Meanwhile, 3D printers, computer-controlled routers and multiple-axis waterjets (which can cut almost any non-ceramic material) will likely soon be available at your local Lowe’s or Home Depot.

The toy industry, for countless decades, has marketed two types of products: cool toys (kids want these) and educational toys (parents want their kids to have these). There have been a handful of crossover hits in recent years, but nothing like what’s in the pipeline. Artiﬁcial intelligence, voice recognition and adaptive learning technologies will be coming together soon to fuel a mind-blowing array of cool “smart toys.” CogniToys made a splash this year with its Smart Dinosaur, which is cool (Google the video) to watch. When some Apple-inspired engineer starts paying attention to this market, smart toys will also be cool to own, too. Another area of promise of smart toys is for children with special needs.

Smart toys may not penetrate the market as quickly as parents want or expect. There will almost certainly be red ﬂags thrown up by education and child-development experts. If a smart toy is doing the teaching, what does that make teachers? If a smart toy is storing all the facts, how are kids supposed to retain and synthesize information?

And if a smart toy becomes a child’s best friend, how will that boy or girl absorb crucial lessons in social interaction and be able to function as adults?

So what’s the next big thing in smart technology? At this point, the Internet of Things (IOT) looks to be the new territory to be conquered. The IOT is a network connecting machinery, computers, tools, sensors, cloud-based information, rich analytics—in other words, pretty much anything and everything connected to the Internet. Google it.

Global connectivity is the target for the engineers and scientists working on the Internet of Things. As artiﬁcial intelligence (AI) is woven into the mesh of the IOT, the resulting construct hopefully will be a rational solution to many of the world’s problems. Then again, technology sometimes turns out to be a double-edge sword. The combination of IOT and AI could be the beginning of smart technology’s absolute control over the human race, a la The Terminator or, worse, The Matrix.

Degas may have been onto something.

Inevitably, smart technology has a negative side effect, known as digital amnesia or digital obsolescence. This syndrome results from man’s ever-increasing reliance on digital equipment to store information that had always been held in the human memory. In effect, the “muscles” of the brain appear to atrophy as the cranial “hard drive” is employed with less frequency. Remember when you used to know all of the phone numbers of your close friends and family? If you’ve owned a smart phone for more than a year or two, you probably can’t recite half those numbers. Along similar lines, smart contraptions that perform functions traditionally performed by human hands are divorcing man from tactile knowledge and satisfaction.