Yeah We grow ‘em strong in the Garden State.

Though it may not always look it, being a teenager these days is some hard work. True, the physical strain of socializing has been diminished by the advent of smartphones, and window-shopping can now be done online, but all that connectivity also means you are tethered to technology and accountable to your peers 24 hours a day. And while it’s never been easier to speak up and stand out, in some respects it’s never been more difficult. The virtual space is getting more and more crowded for young people who want to embrace activism or self-advocacy, and there is a seemingly limitless amount of video on the athletically and artistically talented. And yet, as we witnessed with March for Our Lives, the student-led demonstration in Washington this spring, the cream of the teenage crop always finds its way to the top.

New Jersey has a long history of “terrific teens”—in science, sports, the arts and, more and more, in politics and social movements. Here are 10 (well, technically, 11) we think are worth keeping an eye on… 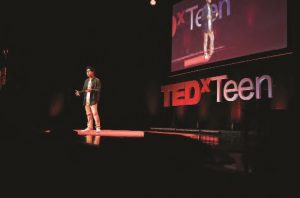 Ziad, an 18-year old Bangladeshi-American Muslim who is a self-described “activist, public speaker and college student,” hails from Princeton. In 2013, as a high-school freshman, he founded an anti-discrimination organization called Redefy, which defines its mission as “the belief that all hate stems from ignorance and that, through conversation and education, acceptance will prevail.” Ziad has attracted hundreds of students internationally to join the Redefy team. In 2017, he made headlines nationally when he was accepted at Stanford University by writing #BlackLivesMatter 100 times as his essay (although he ultimately chose to attend Yale, where he remains politically and culturally active). Ziad’s many credits include being named a 2017 Global Teen Leader and a High School Trailblazer by MTV, as well as being included among the Business Insider Top 15 Young Prodigies Changing the World. He is a Diana Award winner and a recipient of the Princeton Prize in Race Relations, and has appeared on NBC, BBC and Bloomberg Businessweek. Ziad has been a guest at the White House three times and was personally commended by Barack Obama for his commitment to improving race relations. 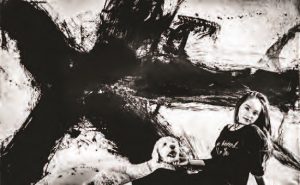 Autumn’s roots go deep into her hometown of Stone Harbor, beginning with her ﬁrst exhibit at Ocean Galleries at age 10. Having spent more than half her young life in pursuit of her art, she has been called “one of the most important artists of her generation” by the Walt Disney Company and “a creative genius” by the Discovery Channel. Her imaginative style has often resulted in her being labeled as an abstract artist—prompting comparison of her work at an early age to masters such as Warhol, Pollock, and Picasso. Autumn made history two years ago as the youngest artist to be exhibited at the prestigious Butler Institute of American Art. Yet her work, which often commands commissions in the six ﬁgures, has the unique added dimension of reﬂecting her dedication to helping others through art. She supports numerous charities, including the Red Cross, Habitat for Humanity and This Bar Saves Lives (a gluten-free snack bar whose proceeds go to help feed hungry children). Her talent, coupled with her humanitarianism, brought her to the attention of the Vatican in 2016, where she was granted a private audience with Pope Francis—at which time she had the opportunity to present him with a special gift of a painting entitled Resurrection. 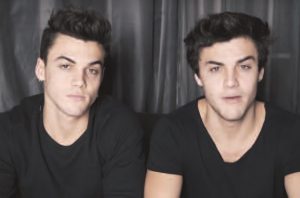 Known by their enthusiastic fans as The Dolan Twins, Ethan and Grayson are a comedy duo from Washington Township in Morris County. They catapulted into social media stardom and, two years ago at age 16, they surpassed 2 million followers on their YouTube channel— by posting video skits of their larger-than-life lives as teenage twins. Since then, Ethan and Grayson have accumulated more than 5 million followers on YouTube and 6 million on Twitter, and launched a nationwide variety-show tour. You can also catch them as correspondents on MTV. If you want to know what cutting-edge “content creators” look like in this day and age, search for TheDolanTwins on YouTube. 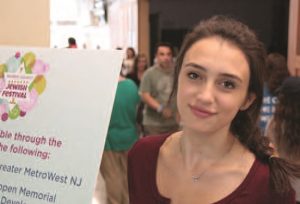 August 2nd is World Autism Awareness Day, sponsored by the United Nations. No one is more worthy of recognition as a long-time advocate on behalf of those afﬂicted with autism than Alexandra Jackman. In 2014, as a freshman at Westﬁeld High School, she wrote and directed the award-winning video, A Teen’s Guide to Understanding and Communicating with People with Autism, which won awards at ﬁlm festivals throughout the country. In 2016, as a junior, Alex was honored with a Choice Changemaker Award and also a Point of Light Award for her volunteerism in orchestrating special events for teens with special needs. She is an ardent advocate whose mantra is “People are worth the effort!” Alex’s activism does not stop with autism; she also is involved in many anti-bullying campaigns and worked with the Autism Center at Montclair State University to create a curriculum to accompany her ﬁlm before it was distributed to students internationally. She has authored articles for the Hufﬁngton Post among others and managed to ﬁnd the time to serve as student body president. Alex also founded the Hang Out Club, which promotes inclusivity and embraces special needs students. 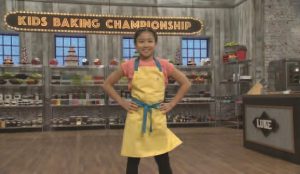 This past March, 13-year-old Linsey took home the$25,000 prize as the winner of Food Network’s Kid’s Baking Championship. Her appearance competing against a dozen other young chefs was the culmination of years binging on the network’s baking shows in her Closter home. Linsey’s favorite part of baking cakes is creative frosting. The bigger the cake, the better to show off her talents. The show’s dessert challenges—from dessert pizzas to desserts ﬁt for an astronaut—brought out the best in Linsey over a 10-episode arc and made her hands-down the most impressive and creative kid baker in the country.

The Paterson teen placed third on NBC’s The Voice last season, attracting as a mentor Alicia Keys. In Wé’s appearances on the program, she entranced millions of viewers each week, rocketing her to the top of the iTunes charts multiple times. Although the experience was intimidating at times, Wé managed to hold her own despite being the youngest performer among the Final Four—and the only female of color (as she is quick to point out). Her rendition of Mary J. Blige’s “No More Drama” has been viewed more than 3.5 million times on YouTube. 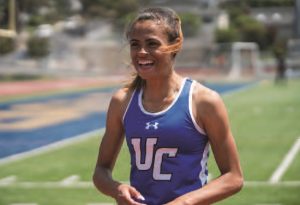 Sydney McLaughlin was cited by Time as one of its 30 Most Inﬂuential Teens of 2017. A hurdler and sprinter from Dunellen—who now competes for the University of Kentucky—she holds several world titles for her age group and was named Gatorade National Girls Athlete of the Year for both 2015–16 and 2016–17. As if these accolades were are not enough, Sydney placed third in the 400-meter hurdles at the 2016 United States Olympic Trials, qualifying for the 2016 Summer Games in Rio. There she became the youngest U.S. track and ﬁeld Olympian since 1972 to reach the semiﬁnals of the 400-meter hurdles 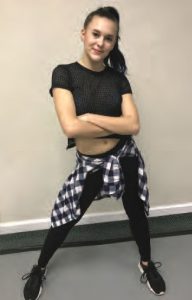 Brooke is a dedicated performer who has earned high marks in the performing arts as a dancer, model and actress. Last year, at age 15, the Middletown North High School sophomore was selected as a back-up dancer for the Disney star Meredith O’Connor. As a member of the dance group, Brooke performed and modeled at New York Fashion Week, proudly wearing the “Warrior” collection designed by Janelle Funari. Brooke also was a special performing artist at the Carol Galvin Foundation Gala during Fashion Week. At 16, Brooke has been dancing for more than 12 years and excels at hip hop, tap, jazz, modern, and also performs in lyrical and musical theater. She is currently studying ballet with Not Your Ordinary Dancers in Middletown.

NorthJersey.com called Michelle “North Jersey’s most coveted athlete” as she started her junior year at Saddle River Day School last fall. A cat-quick sharpshooter who isn’t afraid to mix it up in the paint, she became the ﬁrst Bergen County junior to reach the 2,000-point plateau. With her senior season still ahead, Michelle has already cracked the state’s all-time Top 10 scoring list. Look for her to make headlines in 2019–20 as the freshman star for a major college hoops program. 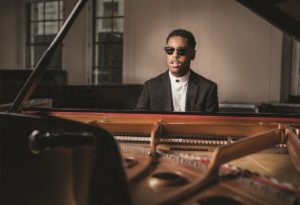 Born blind, Matthew began playing piano at the age of three in 2004 on a small Yamaha keyboard in his Hackensack home. Six years later his status as a keyboard prodigy was conﬁrmed when he won Amateur Night at the Apollo. At age 13, Matthew became the youngest talent to be endorsed by the Hammond Organ Company and, at 15, was honored by Yamaha as its youngest Yamaha Piano Artist. Matthew has already made concert appearances at Lincoln Center, Carnegie Hall, the John F. Kennedy Center and The Youth Assembly at the United Nations. His international concerts have taken him to Europe, the Middle East and Asia. Last year, at age 16, he performed on the organ at the 35th Annual McDonald’s Gospelfest at the Prudential Center in Newark. Of course, Matthew can still be found behind the organ of the New Hope Baptist Church in his hometown.

Editor’s Note: Teen power is hardly a modern phenomenon in New Jersey. Trenton’s Edith Mae Savage-Jennings, who passed away last year at the age of 93, met First Lady Eleanor Roosevelt and became her pen pal at age 10. Two years later, Edith joined the NAACP as its youngest member. She helped to integrate the Capital Theater in Trenton by refusing to sit in the “blacks-only” balcony when she was 13 and went on to work alongside Dr. Martin Luther King.