Twenty memorable movies to take your temperature by.

Is it getting warm in here, or is it just that a semi-normal summer seems within reach? After a year of bread-making, diet-busting and binge-watching, it’s hard to know what’s hot and what’s not anymore. If you’re looking for a new thread to tug on, we suggest working your way through this collection of unforgettable films. 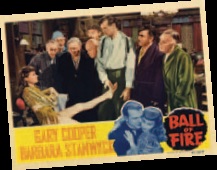 Gary Cooper plays against his brooding film hero persona in a movie about a group of musty academics grappling to understand contemporary slang as their decade-long encyclopedia project reaches the letter S. Barbara Stanwyck lived up to her billing as a ball of fire, while Cooper displayed remarkable comic timing. 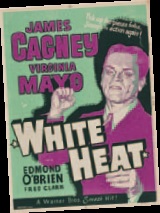 James Cagney transforms a low-budget gangster flick with a six-week shooting schedule into a masterpiece with a tour de force performance. His character, Cody Jarrett, was one of the first to draw a line between mental illness and criminal behavior 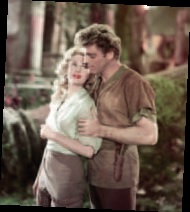 Burt Lancaster and Virginia Mayo co-star in this 12th century swash-buckling drama. Warner Brothers offered $1 million to anyone who could prove that Lancaster didn’t do all of his own stunts—and someone took them up on it!

Glenn Ford stars as a police detective who takes on the mob in a moody and visually captivating story directed by the great Fritz Lang. Jocelyn Brando (Marlon’s older sister) played Ford’s wife and a young Lee Marvin was excellent as a psychopathic gangster. 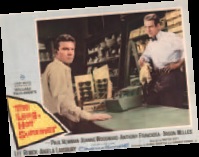 Elizabeth Taylor and Paul Newman play Maggie and Brick in the toned-down film adaptation of the controversial Tennessee Williams drama. Williams and Newman were both disappointed that studio censors cut out key parts of the play, but the film still earned Oscar nominations for Best Picture, Best Director, Best Actor and Best Actress.

Jack Lemmon, Tony Curtis and Marilyn Monroe are brilliant in this gender-bending screwball comedy. Writer-director Billy Wilder never imagined the luminous Monroe would take the part, but to her enduring credit she saw how playing a ditzy “straight man“ to the inspired lunacy of Curtis and Lemmon would make the film great.

Francois Truffaut directs a chilling adaptation of Ray Bradbury’s tale of a dystopian future in which “firemen” are tasked with destroying all literature; Julie Christie plays a schoolteacher who convinces a fireman to read the books he’s burning. A 2018 remake starring Michael B. Jordan and Michael Shannon lacked the oomph of this earlier production.

Sidney Poitier and Rod Steiger originate the roles later occupied by Howard Rollins and Carroll O’Connor on the TV series of the same name. The film won the Academy Award for Best Picture and Steiger took home the Best Actor Oscar. 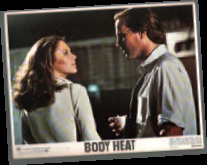 Kathleen Turner and William Hurt are at their smokey, sexy best in a drama inspired by film noir classic Double Indemnity. Body Heat marked the film debut of Turner—who was best known for her role on TV soap The Doctors—and featured a supporting cast that included soon-to-be stars Ted Danson and Mickey Rourke.

Of all the movies on this list, the story of two English runners at the 1924 Olympics easily has the most memorable score. It also won Best Picture. The title was inspired by a poem by William Blake, who borrowed the idea from passages in the Bible. 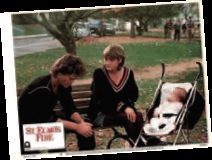 This “Brat Pack” classic stars Demi Moore, Ally Sheedy, Andie McDowell, Rob Lowe, Judd Nelson, Emilio Estevez, Andrew McCarthy and Mare Winningham. The film, an attempt at a Big Chill meets Breakfast Club vibe, did well at the box office but did not win over the critics. Amazing that no one made it into a TV series.

Gene Hackman and Willem Dafoe co-star as FBI agents investigating the disappearance of three freedom riders. Hackman and Frances McDormand earned Oscar nominations, and the film was up for Best Picture and Best Director.

Charlie Sheen stars in this Desert Storm era spoof a la The Naked Gun. The superb comedic timing he demonstrated a dozen years later on Two and a Half Men is on display in this popular farce.

The fourth installment in the Harry Potter series, Goblet of Fire shows a more mature side of Harry and his Hogwarts friends. The film killed at the box office and featured teenagers Robert Pattinson and Katie Leung, who played Harry’s first love interest.

The lone documentary on this list, Mad Hot Ballroom introduces us to the ballroom dancing program in the unlikeliest of places: the NYC public school system. Fifth graders tango and fox-trot their way into our hearts as they converge on the citywide finals.

John Cusack, Craig Robinson, Clark Duke and Rob Corddry pass out after downing Chernobyl, a Russian energy drink, and wake up in 1986—with a stern warning from a hot tub repairman not to alter the future. A cast of likeable actors and a relentlessly ridiculous script make this movie difficult not to enjoy.

The Flame and the Arrow • Warner Bros. Pictures

In the Heat of the Night • The Mirisch Corp.

Harry Potter and the Goblet of Fire • Warner Bros./Heyday Films