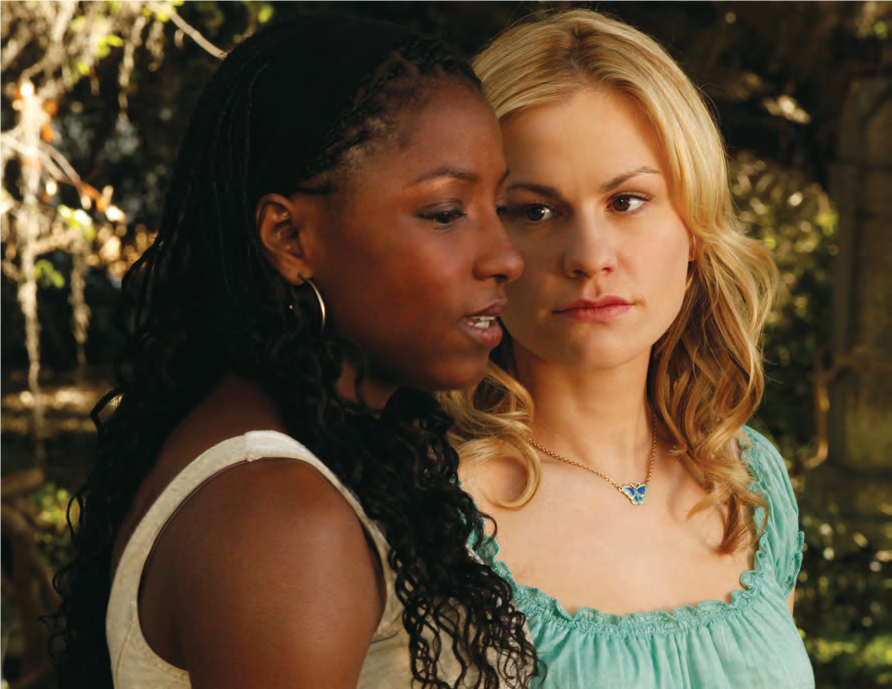 What happens in Vegas stays in Vegas. Well, that is not entirely accurate. Actress RUTINA WESLEY, one of the stars of the HBO series True Blood, did not 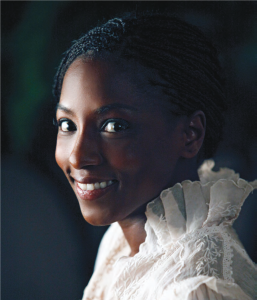 stay. The daughter of professional dancers, the Las Vegas born-and-bred Wesley took her show on the road—first to the University of Evansville as an undergrad and then to the Juilliard School in New York. Along the way, Wesley also studied at London’s Royal Academy of Dramatic Art. A plum role on Broadway in David Hare’s The Vertical Hour and the lead in the 2007 dance film How She Move earned her an audition for Alan Ball, who was casting the tricky role of Tara Thornton in True Blood. The depth she brought to the character not only won her the part, it has since made Wesley one of the most popular characters on television. EDGE Assignments Editor Zack Burgess took the actress back to Las Vegas to talk about her show business roots and inspirations, and to explore the imaginative and eclectic Rutina Look (his words, not hers). The ground rules for the interview? Only one “vampire question” allowed (our rules, not hers). Oh, the pressure! As usual, Zack saved the best for last.

EDGE: Yet you seem to have developed a keen sense for both. How did that happen?

RW: Being the daughter of a mother who was a professional dancer had a definite influence. My mother loves to dress and she has a great sense of style, with the feathers and colors and all. I can go in any direction, from elegant to tomboyish. I think traveling as much as I have has helped, as well.

EDGE: Does your sense of style come naturally or is it something that you have to plan and work on?

RW: A little bit of both. I’m a chameleon with my style because there are so many things I like; it’s hard for me to choose. I love to glam it up for events and wear things that I can’t in everyday life, but I also love to run around in jeans and sneakers, especially since I’m secretly a sneaker freak.

EDGE: Is there a story behind the Rutina Look?

RW: I definitely consider myself a New York girl. I just like the style of New York. There really is no story behind my look. I just think I have a good sense of what makes good and bad fashion—although I have been known to take risk with fashion from time to time.

EDGE: Who are some of the designers that you like?

RW: Jean Paul Gaultier, Cynthia Vincent, Stacey Bendet [Alice & Olivia], Versace, Tadashi—there are just too many to name. I like a variety. It’s nice to switch it up every once in a while.

EDGE: Were there actors you felt drawn to as a girl—any that you wanted to model yourself after?

RW: Of course. Angela Bassett, Viola Davis, Meryl Streep and Julia Roberts come to mind. I consider them all people who carry themselves with dignity and class, and who have mastered their craft. 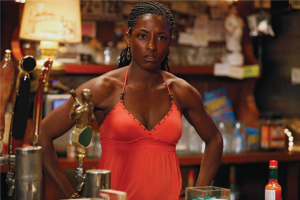 EDGE: On True Blood, there is a lot of grittiness to your character, Tara, in the face of unimaginable danger and evil. Where do you reach down and pull that from?

RW: I know a few people who were forced to grow up too fast because of something that happened in their lives. I tend to draw from the stories I’ve heard from them. I’ll just take myself to these dark places and use my imagination, to picture what it would be like to grow up in a home that was abusive and volatile, try to think of how that would make me feel. I do always try to come from a place of honesty and humanity, because I don’t want it to be too over-the-top. A lot of the time, though, I can get a true sense of things from the words I’m given in the script. I’m lucky to be working with some amazing writers.

EDGE: Talk about the performing arts school you attended in Vegas. People picture Fame on the Strip. What was the reality like?

RW: Yeah, I can see how people would think that. You know what our first play was? Fame! It was a ton of fun. We were always doing something. Whether we were singing songs from Grease or performing Shakespeare, I love Shakespeare, it was definitely a wonderful experience. It prepared me for what was to come and fueled my desire and drive to become who I am today.

EDGE: What percentage of your classmates had parents who were entertainers, as you did?

RW: Not many at all. Most of the kids’ parents either worked on the Strip or had their own businesses.

EDGE: You mentioned your mother’s influence. In what ways has your father helped your career?

RW: Both of my parents prepared me for what to expect as I made my way in this business. My father was always there to say make sure you read something before you sign it, and makes sure you have a lawyer.

EDGE: Was acting your first love?

RW: I would have to say dance was my first love. But I had to choose, and acting just made more sense. With acting I can do so many things. I can even dance if I want to. I can always dance in a musical.

EDGE: After earning your theater degree at Evansville, you made the quantum leap to Juilliard. Looking back, can you identify the performances that won you a spot there?

RW: At Evansville we did a lot of Shakespeare, and we had to perform many monologues, which they knew about at Juilliard. So they made me do all of them, which is amazing when you think about it.

EDGE: Looking back, which Juilliard teachers played key roles in your development as an actress?

EDGE: Is Juilliard harder to get in or stay in? And who were some of the teachers who were influential in your development as a performer?

RW: Both are hard! They used to have a cut rule, but they don’t anymore, which is good. That way you can really concentrate on your craft and not worry about being sent home. It was definitely challenging, but worth every minute of my time. It was fun—just an awesome experience. I met lifelong friends there. I met my husband there. It was, and has been, one of the greatest experiences of my life. Recently I was walking with a friend from high school and he reminded me that I once said that I would go to Juilliard. I didn’t remember that. He reminded me that I was living out my dream. I couldn’t help but start crying right there on the streets of New York.

EDGE: When you were cast in The Vertical Hour on Broadway, what kind of expectations did you have in terms of building a personal or professional relationship with Julianne Moore? 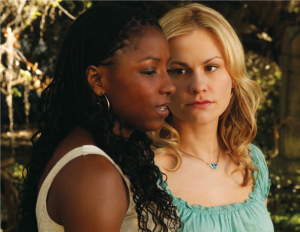 EDGE: What did you learn about the craft from her?

RW: Her work ethic was amazing. The way Julianne immersed herself in her character was a very good thing to see. She works so hard at her craft that it can’t help but rub off on you—especially if you are willing to learn. She’s a risk-taker. She’s not afraid to do different things with a character.

EDGE: In what ways did the director, Sam Mendes, have an impact on your approach to performing?

RW: He was always working to get the best out of you. He forced—and allowed—me to stretch as an actress. Which is what good directors do.

EDGE: Juilliard connections can take you in any number of directions. In your case, it led to your part on True Blood, through a classmate, Nelsan Ellis, who is now your co-star.

RW: Yes, we have known each other forever and have been good friends throughout. So it was great when he recommended me for the part. It was so natural because he knew my work and what I was capable of. When I found out I got the part I was driving out of a Starbucks parking lot. I was so excited I almost crashed the car. So I pulled over and just started screaming.

EDGE: Is it fun being a celebrity?

RW: It’s fun. Although I still have a hard time considering myself a celebrity. But in this business if you are being recognized for what you do, it’s a sign that you are doing well. And so far, it has been very good to me and I am enjoying it. I consider myself fortunate.

EDGE: Final question. Would you rather be trapped in a room with a vampire or a Hollywood agent?

RW: I would have to say a vampire. At least with a vampire, I think I’d have a chance of surviving. EDGE

Editor’s Note: Rutina Wesley was hailed in a 2008 New York Times profile for her “reedy voice and crackling energy,” as well as the subtlety she brings to the role of Tara. Wesley and her fellow True Blood cast members earned a Dramatic Ensemble nomination at the 2010 SAG Awards.