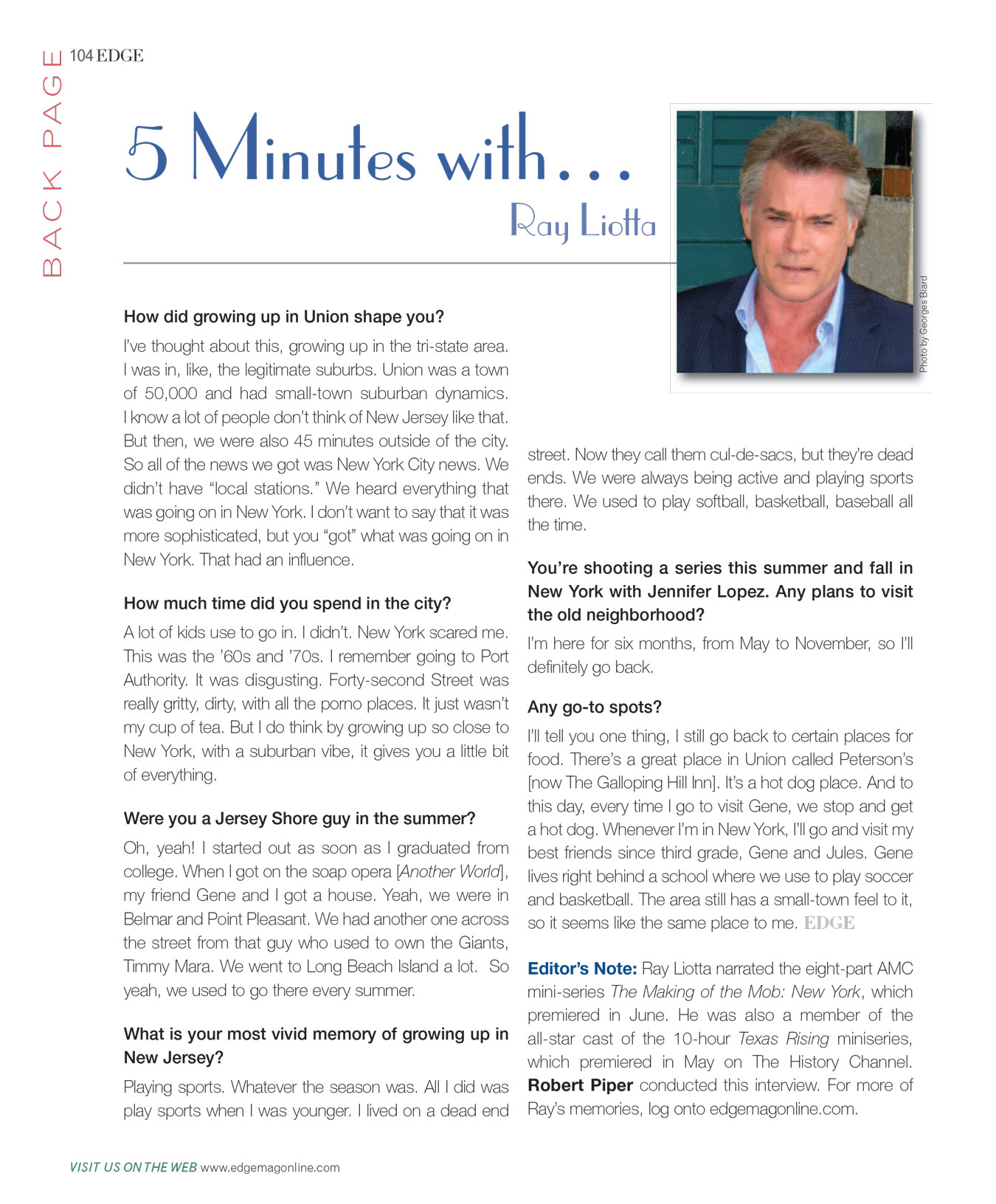 How did growing up in Union shape you?

I’ve thought about this, growing up in the tri-state area. I was in, like, the legitimate suburbs. Union was a town of 50,000 and had small-town suburban dynamics. I know a lot of people don’t think of New Jersey like that. But then, we were also 45 minutes outside of the city. So all of the news we got was New York City news. We didn’t have “local stations.” We heard everything that was going on in New York. I don’t want to say that it was more sophisticated, but you “got” what was going on in New York. That had an inﬂuence.

How much time did you spend in the city?

Were you a Jersey Shore guy in the summer?

Oh, yeah! I started out as soon as I graduated from college. When I got on the soap opera [Another World], my friend Gene and I got a house. Yeah, we were in Belmar and Point Pleasant. We had another one across the street from that guy who used to own the Giants, Timmy Mara. We went to Long Beach Island a lot. So yeah, we used to go there every summer.

What is your most vivid memory of growing up in New Jersey?

Playing sports. Whatever the season was. All I did was play sports when I was younger. I lived on a dead end street. Now they call them cul-de-sacs, but they’re dead ends. We were always being active and playing sports there. We used to play softball, basketball, baseball all the time.

You’re shooting a series this summer and fall in New York with Jennifer Lopez. Any plans to visit the old neighborhood?

I’m here for six months, from May to November, so I’ll deﬁnitely go back.

I’ll tell you one thing, I still go back to certain places for food. There’s a great place in Union called Peterson’s [now The Galloping Hill Inn]. It’s a hot dog place. And to this day, every time I go to visit Gene, we stop and get a hot dog. Whenever I’m in New York, I’ll go and visit my best friends since third grade, Gene and Jules. Gene lives right behind a school where we use to play soccer and basketball. The area still has a small-town feel to it, so it seems like the same place to me.

Editor’s Note: Ray Liotta narrated the eight-part AMC mini-series The Making of the Mob: New York, which premiered in June. He was also a member of the all-star cast of the 10-hour Texas Rising miniseries, which premiered in May on The History Channel. Robert Piper conducted this interview. For more of Ray’s memories, log onto edgemagonline.com.