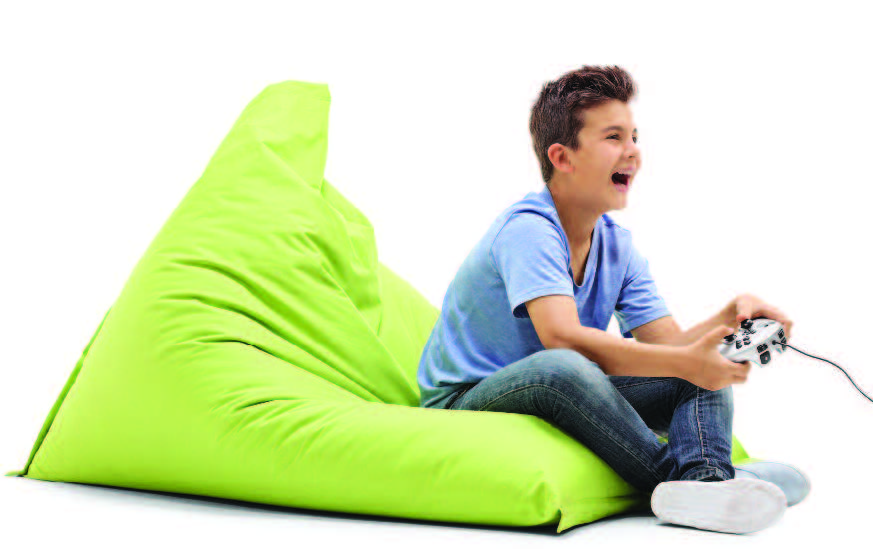 No Longer a Game -

Will your kid’s summer on the sofa translate into a six-figure salary…or college scholarship?

That’s it…no more video games! What parent of slothful teenagers hasn’t issued this threat? And yet, here we are, at the dawn of a new era, when low-energy “gamers” are increasingly on the radar of higher education. More and more colleges are assembling “eSports” teams to carry their school colors into virtual battle, in hopes of securing much-coveted championship banners—which they aim to ﬂy side-by-side with those won by traditional sports teams. A handful of schools are even offering scholarships.

Has the world gone completely mad? Have you just discovered a way to cover college tuition? 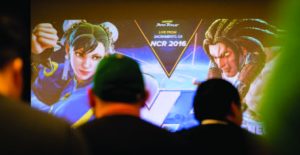 It doesn’t take much of a business mind to grasp what a huge industry video gaming has become. Rare is the young man who hasn’t gone down the rabbit hole playing some online battle game only to emerge, unshowered, hours or days later with a temporary case  of PTSD. Multiply that by, oh, half a billion connected adolescents and 20-somethings worldwide, and you get a sense of how big the market and its potential is. The actual numbers are a bit foggy, but most experts agree that somewhere between 600 and 700 million people participate in online games, which equates roughly to 40 percent of the planet’s digitally connected population. More than 200 million people actually sit in front of their computers and watch others play these battle games, like an NFL fan watches the Jets or Giants. One wonders how anything in the non-online world gets done, or how dating is even possible.

On college campuses across North America, eSports teams have been representing their schools unofﬁcially for years. There are several leagues that hold competitions and tournaments for players from more than 350 colleges and universities. Most are the digital equivalent of “club” teams—sanctioned and supported, but not part of an ofﬁcial athletic program. Young men and women (but mostly men) who were slumped in dorm rooms gaming with their buddies, got good enough to compete online against their peers at other schools, and the video game industry was all too happy to create an infrastructure for them to do so.

The school that changed the game was Robert Morris University, in Chicago. In 2014, RMU ofﬁcially added eSports to its athletic program. It began recruiting the country’s best League of Legends players with the lure of partial scholarships. The move paid immediate dividends: Robert Morris was featured on a 60 Minutes segment, bringing the university unprecedented recognition. Several small schools followed suit and, in 2016, UC Irvine became the ﬁrst large Division I school to offer eSports scholarships. Irvine, a PAC-12 university, has gone all-in, doling out enough scholarships to build two 5-player League of Legends teams. And this fall, top gamers (both scholarship and non-scholarship) will be able to compete in a new 3,500 sq. ft. facility with 80 computer terminals.

Tom Parham, Irvine’s Vice Chancellor for Student Affairs, says that the school’s eSports program will be built on competition, academics, entertainment and community. “We hope to attract the best gamers from around the world,” he says, adding that, “our academic programs in computer-gaming science, digital arts, computer science, engineering, anthropology, law, medicine, neuroscience and behavior create a strong foundation for research and inquiry related to gaming.”

If history tells us anything, it’s that where one PAC-12 Conference school goes for glory, the others soon follow. By the end of 2017, the conference almost certainly will have absorbed eSports teams and tournaments into its existing athletic structure, meaning that scholarships from other PAC-12 schools won’t be far behind. Those schools, by the way, include Stanford, USC, UCLA and UC Berkeley. That means you may soon be screaming at your kid to stay on the couch and keep playing—otherwise he or she won’t get into Stanford. So yes, the world has gone a little mad.

Then again, don’t get your hopes up. Your child may be a video game prodigy, but the moment top colleges begin offering full scholarships, the competition is going to get nasty. Right now, the world’s best gamers don’t even bother going to college. They are plucked out of their parents’ basements by heavily sponsored eSports teams to compete in international tournaments as professional gamers. They earn salaries and endorsement dollars that can easily get into six ﬁgures. Their team owner houses, clothes and feeds them and hires coaches and trainers to keep on top of them, and to keep them on top of their games. Typically, team members live together under one roof and practice as a team 10 to 12 hours a day, six days a week. This is called the “gaming house” model. On some teams, players live separately but meet in a common location for practice. This is called the “ofﬁce” model.

Either way, when they enter a tournament, they function like a well-oiled machine. By the time every dollar is accounted for, a sponsor’s investment (sponsors include major brands such as Monster, Hyundai and Geico, as well as various computer companies and even some venture capital groups) can top a million dollars annually.

Morgan Spurlock, who nearly killed himself eating three meals a day at McDonald’s for the ﬁlm Super Size Me, immersed himself in the eSports world for a recent episode of Inside Man on CNN. He spent time with LA-based Counter Logic Gaming (aka CLG), the 2015 North American champions, playing and training with the likes of Yiliang Peter Peng (right), a 23-year-old born-and-bred Californian who goes by the handle “Doublelift” in the eSports world; CLG’s general manager, Matthew “MaTTcom” Marikian describes him as the LeBron of gaming. Spurlock wasn’t shocked by the level of skill demonstrated by the CLG players. However, he was surprised by the contributions of the grown-ups in the room. 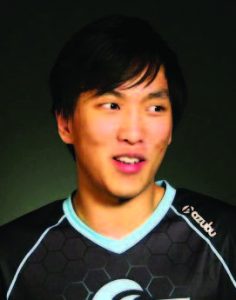 “It’s incredible to see the amount of coaching Courtesy of Counter Logic Gaming that goes into being an eSports athlete,” he said during his report. “It’s just like being any other type of athlete.”

Tadayoshi “Hermit” Littleton conﬁrms the huge role management plays in the formation of a world-class team. An avid player in college during the pre-scholarship days, he became the coach for NRG eSports in 2016 after guiding Spanish-based Origen to an impressive string of ﬁrst- and second-place ﬁnishes in European League of Legends competition. NRG is the third pro team Littleton has assembled. 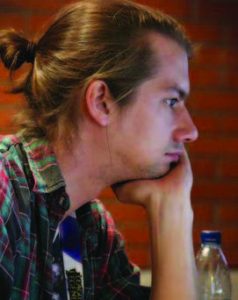 “There are two types of players we look for,” Littleton (left) explains. “One can do everything at the highest level. Their talent is really obvious. We also look for players who are very team-oriented. They can be harder to identify from their solo scores, but with my experience I am able to spot them.”

Littleton says communication is the most critical component in building a team, and considers this his specialty as a coach. Getting the players to mesh as he likes can take about a month, but sometimes the best individual players ﬁnd it difﬁcult to play a true team game, which can slow down the process.

“It depends on how much of a knowledge sponge they are,” he says.

Before college scholarships changed the game, so to speak, many eSports player turned pro, pocketed enough cash to pay for college and then went back to school—much to the relief of their parents. Top-tier gamers tend to be pretty intelligent, so for most of their lives, higher education was a foregone conclusion. Imagine the parent whose son or daughter announces that college is off the board, and that they plan to become professional game-players. Doublelift’s parents didn’t speak to him for three years, even though he may have made close to a million dollars during that time.

So what does this all mean? Probably that your parenting skills need to keep up with your child’s eSports skills. The better they are at playing their games, the more prepared you may need to be to help them make the right decision—now and come college time. 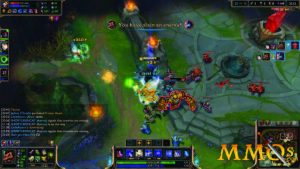 League of Legends—LoL or just plain League, for short—is the multiplayer online battle game favored by a high percentage of eSports teams. Each player controls a character called a champion, who has unique abilities that hopefully mesh with those of other champions on the same team. The goal is to destroy an opponent’s ﬁercely defended Nexus (think Capture the Flag), with each champion gaining strength he-she-it ﬁghts his-her-its way through the game. A ﬁve-player LoL team can be ﬁve friends or classmates in the same room, or complete strangers at consoles thousands of miles apart. About 30 million people play League of Legends. A day.