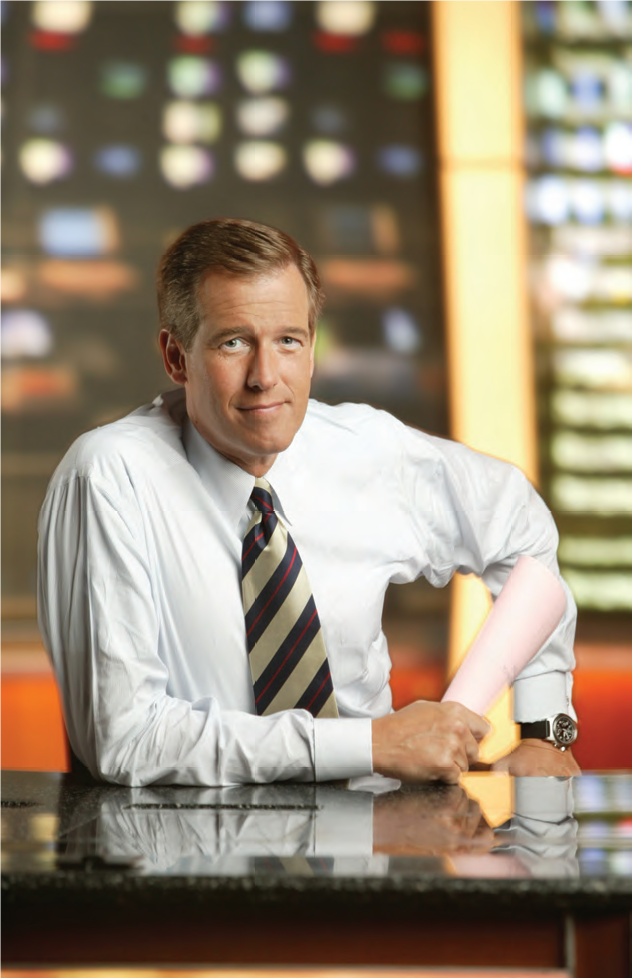 Don’t say anything about New Jersey around BRIAN WILLIAMS unless you have something good to say. The Garden State was a springboard into a news career that has seen him defy the odds and reach the pinnacle of his profession. When Williams has to dig deep for strength or 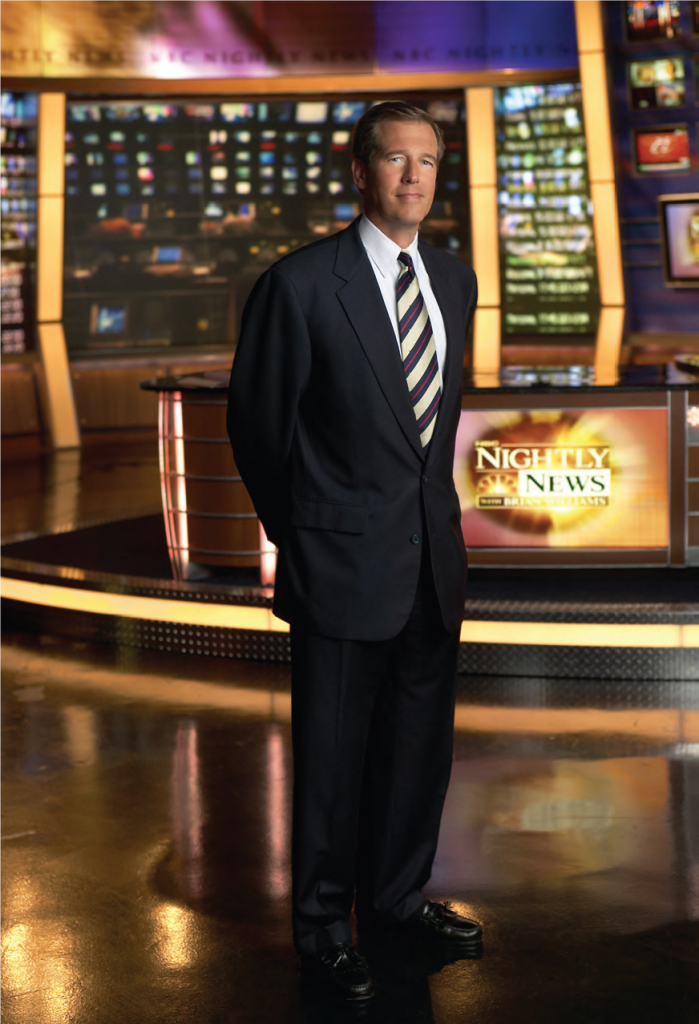 inspiration, New Jersey serves as his touchstone. The instant he motors past that center stripe in the Lincoln Tunnel, he feels he is home again. In his chat with the NBC Nightly News anchor, EDGE editor MARK STEWART discovers that what you see (and hear) is what you get. Whether getting a story right, hosting Saturday Night Live, or putting his money where his heart is, Williams is as authentic as they come.

EDGE: To reach the level you have in the business, an anchor must find the perfect balance between being a newsman and a performer. How did you find that balance?

BW: I’ve never had a lesson in performance. I’ve never had anybody tell me how. I have had great role models, from watching Cronkite every evening of my young life—I lived in a household where dinner would not be served until he said, ‘That’s the way it is’—to working beside Dan Rather at CBS and, more importantly, being taken under the wing of Tom Brokaw at NBC. He made sure I was in the right spot at every point. When it was time to be chief White House correspondent, he made it clear to me that it was time to be chief White House correspondent, and I moved down to Washington with my family. So at every point I’ve been so fortunate either to have watched a great example or worked next to one, and be mentored by one. 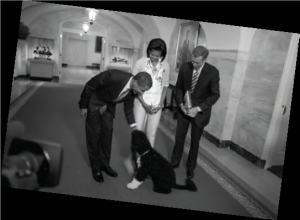 EDGE: Cronkite was your idol.

BW: He was my absolute, North Star idol. Walter Cronkite was the guy I always wanted to be, and he lived long enough for me to make that very clear to him. That was one of the great moments of my career.

EDGE: You started your climb in Middletown, New Jersey. How did you work your way to the top?

BW: I didn’t have any contacts. I had no way in through the front door or the back. So climbing in the window of the television news business and coming up through the basement is the only way I know how to get ahead. That meant moving out to Kansas, learning the business, and being willing to crawl through broken glass to get ahead. If you have your eyes on a prize in this country, there’s nothing that can stop you—I’m a living example of that. I am not college educated, I did not grow up with honed skills or a family that knew what a prep school was. I didn’t know what the Ivy League was when I was in high school. It just wasn’t in my ken. But if you’re a hustler—and I’ve never regarded that as a pejorative, that word’s a positive in my book—the world is your oyster.

EDGE: At what point did you become comfortable being Brian Williams?

BW: I’ve thought about it a lot. Various local stations in my twenties on my way up made vain attempts to put me with consultants. I had to sit through a focus group once and listen to what they said about me. That is not for the faint of heart, and something I don’t recommend to people. But after a while, as I came up through the industry, I thought Well, this must be working. I have no choice but to be who I am. I went with who ‘brung me to the dance.’ Even so, my daughter will tell you the Brian Williams on Nightly News is not the Dad she knows. She knows someone else entirely. She will tell you that the Brian Williams of Saturday Night Live or Jon Stewart or Conan is much closer to the guy she knows. 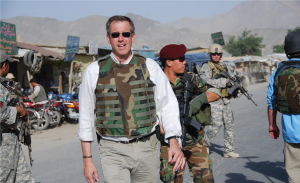 EDGE: How did the SNL hosting gig develop? Who pursued whom?

BW: I was pursued. Lorne Michaels had made noises about it for years, actually. Lorne, sadly, has to sit through a lot of dinners and charity events that I emcee, and I tend to mix it up during those because they can be as dry as dirt. Finally he came to me and said, ‘This is a serious offer’ and gave me an airdate. I told him I had 26 years of a career to worry about and I knew I could easily dispose of it in 90 minutes. I asked everyone in my life—I asked not just Tom Brokaw, but also his wife Meredith. Jane and I talked about it for hours. I wanted to be sure that I wasn’t flushing what credibility I had down the toilet.

EDGE: I recall saying to my wife when you were announced that this was the bravest hosting decision in the history of the show.

BW: When I wrote the monologue, the first thing I said was, ‘I know what you’re thinking…is this really a good idea?’ That was actually my favorite moment in the show, because it was the elephant in the studio.

EDGE: So what made you say Yes?

BW: I had never met Chevy Chase and I saw him outside SNL in the hallway talking to a friend of mine. I went up to him, introduced myself, and asked him what he thought I should do. I explained that I owed Lorne a decision tomorrow. He said, ‘I watched Dan Rather for years and I never got any closer to knowing who he is. I think if you do this, I might get to know who you are.’ And that was the clinching vote. I called Lorne and accepted. I had to reject about fifty percent of the sketch ideas the writers proposed. Their job, of course, is to make a total horse’s ass out of the host.

EDGE: The skit I remember is the one where you played a firefighter. It was a totally authentic performance. Where did that come from?

BW: Sharp-eyed viewers will notice that the helmet on my lap said OVFC #11 and Williams. That stands for Old Village Fire Company, Engine 11, in Middletown Township. That was my gear. As a firefighter years ago, on a volunteer basis in Jersey—who still hangs around New York City firefighters— that was the easiest ‘character’ I could have done. I knew the lingo already, so it was easy.

EDGE: There’s still a lot of Jersey in you, isn’t there? 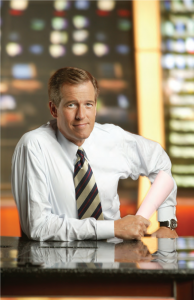 BW: When I pass into New Jersey there’s something that happens to me at mid-span on the GW Bridge and midway through the Lincoln Tunnel. I call it my ‘power corridor’. I feel most at home there. I speak New Jersey. New Jerseyans are real. It’s the most densely populated state in the union and yet I can tell from your accent if you’re from South Jersey or North Jersey. I can usually tell if you’re from the Mid Shore. We have a lot of different regions, and yet I think there’s a baked-in pride. We have to put up with a lot of crap. I don’t take kindly to a lot of Jersey jokes because I know a lot about my state. Way too many people judge our state based on one stretch of highway on the Turnpike along refinery row. And that’s unfortunate. I think if we had it to do over again, we wouldn’t route so many millions of motorists right past the most heavily industrialized region of the East Coast.

EDGE: So what is it that defines New Jerseyans?

BW: There’s a moxie, there’s a street smartness, there’s a reality to being from New Jersey. New Jerseyans have texture. They have grit. We aren’t always the most earnest members of the jury pool, but we’ll be the jury foreman, and we’ll get you a verdict.

EDGE: What role does grit play in your job?

BW: Grit is what it’s all about! Grit is life experience. It’s having a few layers of paint worn off of you, so you’re not shiny and new. This is not your first rodeo. A little skepticism. Even some cynicism. Grit has served me well in life. I just think grit equals authenticity today. And to make it today, you’ve got to have it.

EDGE: What do you remember when you look back on your New Jersey days?

BW: I had the perfect upbringing; I wouldn’t do it any other way. I get very emotional and gauzy, warm and fuzzy, and romantic about my upbringing—even though at the time it felt ordinary and at times a struggle. There were kids at Mater Dei High School who had a lot more than me, and it wasn’t my proudest moment to look at the back page of the yearbook and see the colleges other kids were headed to. And while I screwed up my education and came within inches of becoming a colossal failure—I interviewed for a police dispatch position out of Freehold thinking that would be a good, steady job—life went in a different direction. But when I go back there now I would like to think I have a flag in that soil that is mine.

EDGE: One of those flags will be in Newark soon, where the Horizons Summer Enrichment Program is opening a new location. You and Jane must get pulled in so many directions, and yet you’ve devoted yourselves to Horizons completely. What is it that you have found so appealing about it?

BW: You know how they say We know you have a choice in airlines and we appreciate you flying with us? My wife and I have been blessed in many ways in life, mostly financially—we never thought we’d have any money—and we have chosen to give most of our charitable dollars to a single cause, because Horizons changes lives in front of your eyes. The children chosen for the program end up in a different life. They are transported, as if by a giant hand, and lifted up. It’s just the most extraordinary program, and it only exists because of the good people who run it. Mr. and Mrs. Williams will only be happy when there is a Horizons-affiliated school in every city, town and hamlet that feels they need one. If people would just go to the web site [horizonsnational.org] and watch the piece we did, it would be the leading school enrichment program in the country. I’ve just never seen a return on the volunteer hour or donated dollar quite as dramatic as Horizons.

EDGE: EDGE readers live and work relatively close to the new location. Tell them why they should volunteer or donate to Horizons?

BW: It’s that feeling you get when you give a gift that’s so great that it gets your endorphins going just to give it away. The feeling you’ve knocked one out of the park. Multiply that by a hundred. Or a hundred thousand. That’s how giving to Horizons will make you feel. Most Americans, in the course of their lives, are lucky if they get to change one or two lives. This is a very easy way to do that on a larger scale, with a tangible, human, smiling result.