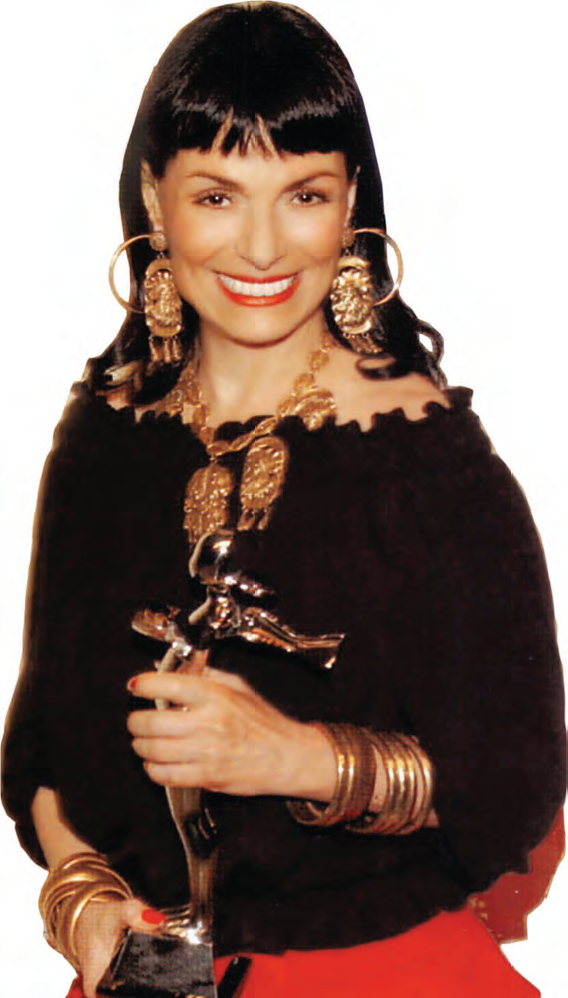 Timing is everything. NORMA KAMALI knows a thing or two about that. She shook up Madison Avenue in the 60s, put the first Pull Bikini on Christie Brinkley in the 70s, pioneered fashion video in the 80s and Internet shopping in the 90s. In 2008, Kamali launched what might just be the best-timed fashion line ever—a timelessly styled and budget- friendly collection for Wal-Mart. Her Spring 09 offerings are right on the money. Norma Kamali has always followed her own path. As this chat with EDGE confirms, she is at her best when her plate is full…and even better when it’s overflowing.

EDGE: Are you as excited about Michelle Obama as others in the fashion industry?

NK: I am. She is wearing affordable clothes. That is the best fashion statement.

EDGE: In a tough economy, sometimes you have to eliminate a couple of pricey items from your shopping list. What is the one thing a stylish consumer absolutely, positively cannot do without?

NK: If she is stylish, she really has everything, and doesn’t need anything else. However, styles at a price—and carefully chosen—can be a spirit-lifter. Anything expensive and not timeless might make you feel guilty or irresponsible.

EDGE: Last year you designed the costumes for Twyla Tharp’s ballet Rabbit and Rogue. What drew you to this project?

NK: I had worked with Twyla Tharp on a number of different productions. One being The Upper Room. Twyla came to me with the Rabbit and Rogue project as the evolution to this classic piece. The Upper Room is such a success. What drew me to this new project? It was the next wave of The Upper Room.

EDGE: What part of this production influenced you most during the conceptual process—the music, the movement, a dancer, a character?

NK: The concept of dark to light. The speed of the music. The type of music, film music. The music influenced the speed of the dance. Danny Elfman’s music came first and then these visual concepts. My concept for the costumes was to take the dark to light by using black, then silver, then white. I wanted to keep the color concept of silver from the beginning to the end. Brad Fields’s lighting design used the dark-to-light concept as well.

EDGE: Did Twyla coordinate your efforts?

NK: Yes. It’s a process. I would create a costume, the dancer would try it on, we’d tweak it, keep evolving it, until it worked. It’s a lot of fun, building on steps, like a painting or any creative project.

EDGE: Did you approach Rabbit and Rogue in a similar way to your runway shows and collections in terms of practicality? Drape, flexibility, breathbility, etc?

NK: Absolutely. First I figured the colors then I built on it. The way I approach something is to start, then edit and change, edit and change. The product just gets better and better that way. I would do a fitting and take photos with my IPhone. Twyla would look at them and write or call me back.

EDGE: Is designing costumes for a ballet different from designing for a musical on Broadway?

NK: I like dance a lot. It’s my preference. I’m not as excited personally with musicals or other Broadway forms. Other people do that really well. With dance I have an open palette. There’s a more creative spirit to it. It’s more fluid, less defined to a story line.

EDGE: You are a world-famous multi-tasker. What’s on your plate as 2009 starts to unfold?

NK: Anything that relates to the new economy. I like to reinvent and think out-of-the-box.

EDGE: Can you sum up the inspiration for your Spring 09 line in a couple of words?