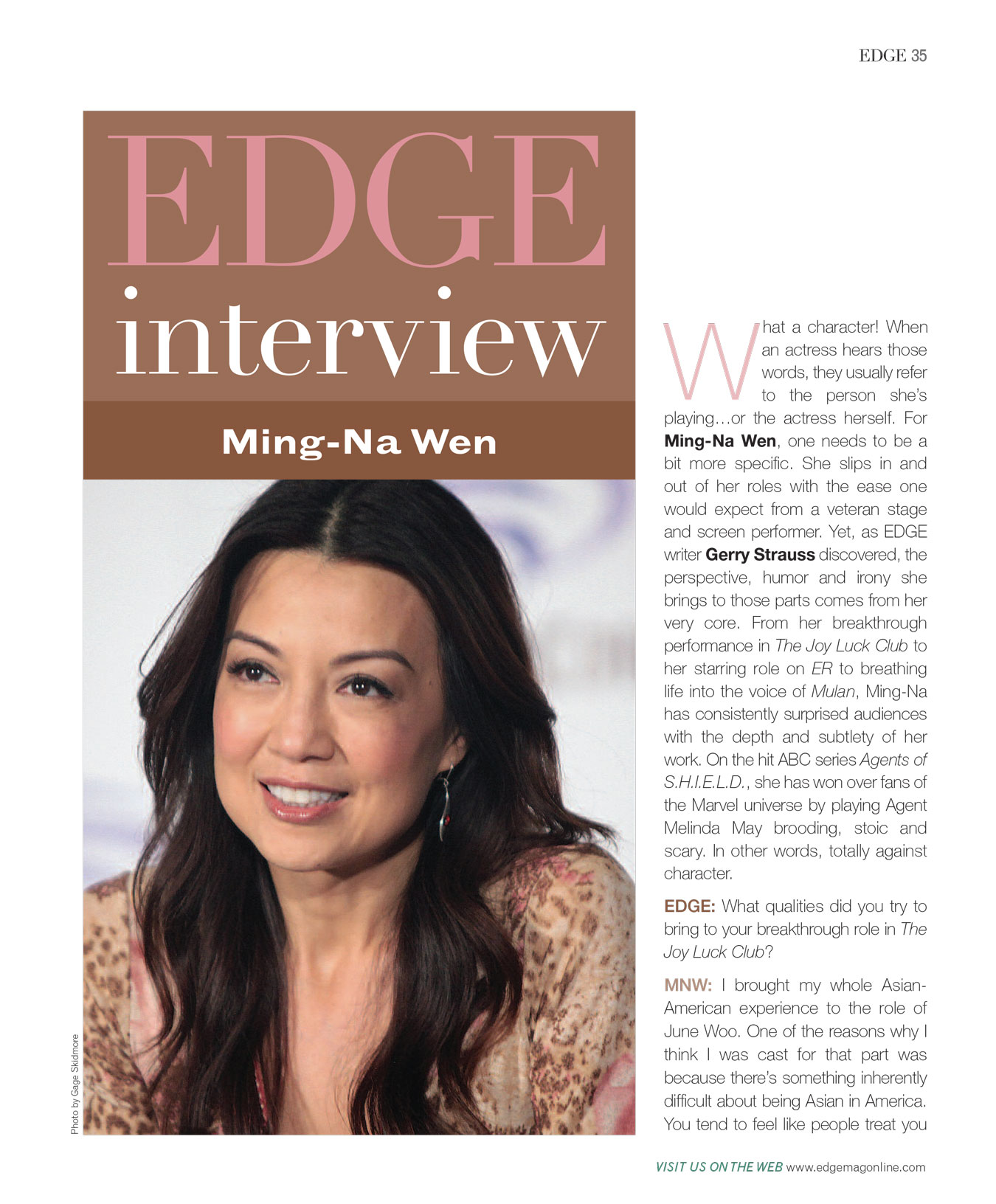 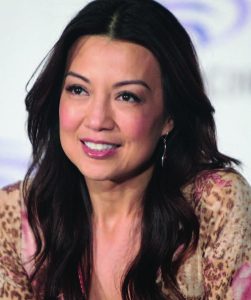 What a character! When an actress hears those words, they usually refer to the person she’s playing…or the actress herself. For Ming-Na Wen, one needs to be a bit more speciﬁc. She slips in and out of her roles with the ease one would expect from a veteran stage and screen performer. Yet, as EDGE writer Gerry Strauss discovered, the perspective, humor and irony she brings to those parts comes from her very core. From her breakthrough performance in The Joy Luck Club to her starring role on ER to breathing life into the voice of Mulan, Ming-Na has consistently surprised audiences with the depth and subtlety of her work. On the hit ABC series Agents of S.H.I.E.L.D., she has won over fans of the Marvel universe by playing Agent Melinda May brooding, stoic and scary. In other words, totally against character. 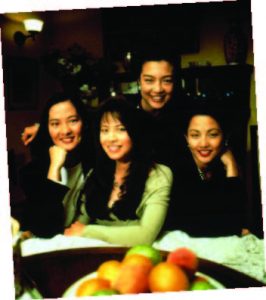 EDGE: What qualities did you try to bring to your breakthrough role in The Joy Luck Club?

MNW: I brought my whole Asian-American experience to the role of June Woo. One of the reasons why I think I was cast for that part was because there’s something inherently difﬁcult about being Asian in America. You tend to feel like people treat you sort of as a foreigner even though you’re American. For me, I had that kind of mixture—having come from China, from Hong Kong, and having had to learn English in America and assimilate—but then, at the same time, having these immigrant parents who really didn’t assimilate as much and sort of staying in their own culture. So that was all about June, feeling like she didn’t quite ﬁt in and having a cultural gap, as well as the age gap with her parents, and feeling inadequate in certain ways. She dealt with it in a more shy way and in a more enclosed way. I, of course, became an actor. That’s the only difference between me and June. 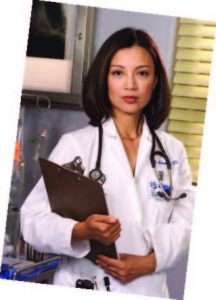 EDGE: How about your work on ER?

MNW: Oh, yeah. Well, I brought my “vast” knowledge of medical experience [laughs]. As an Asian, we had to be doctors or lawyers, so I’d already “been” to Harvard, Yale, John Hopkins….in fact, that’s one of the jokes that I would say to my parents: “Hey. You wanted me to be a doctor, so I was a doctor for ﬁve years!” [laughs] I think the thing that I brought to Dr. Chen was the fact that she gets a little snarky. She always wanted to prove that she was the best at her job. She was very different from who I was. I’m not snarky, but I’m deﬁnitely sarcastic, as you can probably tell.

MNW: Okay! [laughs]. But for me, her character was deﬁnitely someone that I had to create more based on who I thought she was. It came from observations of some of the people that I grew up with, who just feel like they are always having to compete and always having to prove themselves. The really interesting thing about her character, who became pregnant on the show, was that I did become pregnant for real. I guess that’s really kind of a strong connection. The writers and the producers were like, “Oh. I think you just slept your way into a really good storyline.”

It was really funny because they wanted her screaming and doing all this stuff and I was, like, into holistic birthing and all-natural kind of stuff. So, we shot the scene before I actually gave birth and I thought it was way too overdramatic. After I actually did have my kid—and realized how painful of an experience it really was—I called my director back and I said, “We need to re-shoot all of those scenes. I wasn’t dramatic enough.” That holistic stuff didn’t really work for me.

EDGE: Your ﬁrst TV series actually was The Single Guy in the late 90s, a sitcom. What was special about playing Trudy in that series for you? 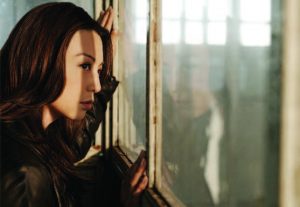 MNW: Getting that pilot—and the mere fact that I was working with a legend like Ernest Borgnine—that blew me away. It was so fortuitous because I came from theater and, with sitcom, it is theater. It was like putting on a show, a play, every week, which we did in front of a live audience. Trudy was just this great character who was not shy about her opinion and had a lot of attitude—but also a lot of love for her friends and for her husband. So, yeah, she was really fun to play. It was just my cup of tea. I hope to retire with a sitcom.

EDGE: You’ve been a part of so many strong ensemble casts. Is that the environment that you enjoy the most, being a member of a group of talented people who are on equal footing?

MNW: I thrive in that environment. I think any show requires that, unless you’re doing a one-woman show. It appeals to me because of my theater background. The whole idea of being with a group and sharing an experience together in creating something, it’s just so satisfying and so much fun. I guess my karmic energy, or whatever it is, it keeps leading me to that…and I certainly have no desire to do a one-woman show.

EDGE: Let’s talk about Mulan. In hindsight, that iconic role broke a lot of barriers and inspired and empowered girls. Was that a focus for you in providing the voice for that character?

MNW: I knew about the story because she’s a legendary character in China and for me it was about bringing her heart and soul. Mulan came early in my career and I was just so enamored with Disney and the writers and the producers, who put so much research and time in creating her. My stepfather was twenty years older than my mother at the time, so his health was not at its best. All of the stuff that Mulan did for her father and for her family—it just was so true to what I was going through. So for me, I was focused on bringing her heart and her desire to kind of ﬁgure out her self-worth.

EDGE: Making sure that it wasn’t just a cartoon character.

MNW: Right. She was a real young woman trying to ﬁgure things out, even though she was rebellious and she was reprimanded for it all the time. Something about her is very, very different than all the other princess stories because she really wasn’t a princess. She kind of became, like, an honorary princess. The emperor kind of endowed her with his blessing. Ultimately, she was just a regular girl trying to live in a society that either accepted her or didn’t accept her, believed in her or didn’t believe in her, and she had to ﬁgure it all out. I think that’s why it resonates with so many people. Ultimately, Mulan just followed her heart, which is the beam of the movie. And everything turned out right in the end. That’s kind of my philosophy in life. I’ve always wanted to be an actress. My mother certainly did everything in her power to dissuade me from doing it, but ultimately, I just followed my heart and followed who I was and that’s a great, great inspiring motto for any little boy or girl.

EDGE: Your family owned a restaurant in Pittsburgh. Were you involved from a young age?

MNW: Yeah, very involved. It’s always interesting when you grow up in an environment where you’re basically immersed in your parents’ work. That’s what I did. I would do my homework. I would socialize with the waiters and the cooks and then, as I had free time, my mother taught me about how to be at the cash register, doing take-outs and, then when I was strong enough, how to do waitressing. I did it all. It taught me a lot about business and it taught me a lot about communicating with people—and taking their money.[laughs] No, I’m just kidding.

EDGE: Interacting with such a variety of people every day must have provided you with a lot of character studies for later in life.

MNW: Absolutely. That’s a very good question because on any given day we would have our regular customers come through, as well as some colorful characters. Every day I was bombarded with people! Our cooks, as well as our waiters, all had very distinct, wonderful personalities and I was deﬁnitely immersed in an environment where I wasn’t just isolated in a house. Yeah, I deﬁnitely think that helped me to always be observing and watching people. And I still love doing that to this day. Living in New York, sometimes I would just grab a cup of coffee and a doughnut—when I used to eat doughnuts—and I would just sit down and watch people walking. You would be amazed at the variety of walks that people have. It was always fun. 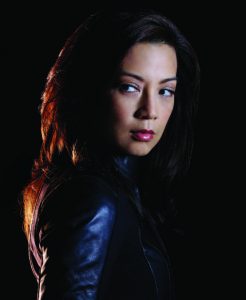 EDGE: What do you like about playing Agent May, your character on Marvel’s Agents of S.H.I.E.L.D?

MNW: Whatever transpires, Agent May is very buttoned-down and maintains this incredible wall, hiding behind her mask, so to speak. She’s one of those interesting characters who, with every moment that she’s had, kind of goes back to square one in some way, where she just feels safest by not dealing with emotions. She is able to function in life by just compartmentalizing.

EDGE: What happens when she tries to open up?

MNW: It never works out. It makes me laugh because the writers know how much I want her to emote more. That’s just the actor in me, how much I want her to be able to share and open up. And they’re just, “Nope. Nope. Less Ming. More May. That’s how we like her.” I think Agent May will still stay very much the “bad-ass” that she is and I think the audience really loves that in her. [laughs] Which is so masochistic. Our fans know it’s all in there, because I do. I feel it all…but then I have to ﬂatten it all up. She is absolutely, out of all the characters I’ve ever done in my life, the absolute opposite of who I am. Completely. You would never see Agent May laughing at a potty joke, for sure.

EDGE: Agent May is a character in the Lego Marvel Super Heroes video game that was released earlier this year. You’ve actually lent your voice to a number of video games. How does that process differ from acting onscreen, or voicing an animated character like Mulan?

MNW: It is the most bizarre session you can ever imagine. I really wish I had video tapes of those sessions, working voices in games. Basically, you don’t know which version they are going to pick. It depends on how the player is playing the game. You basically say “Hi” ﬁve different or ten different ways and I’m like, “Hi! Hello. Hey. What’s up?” Also, a lot of it is very, very dramatic. You do weird noises like, “Oh! You’re falling down a cliff!” It’s ultimately very, very bizarre. You do this stuff and after three hours, four hours of it, it’s exhausting and feels silly.You’re feeling kind of stupid about it, but then when you see the game and how it’s put together, you realize that all that variety does help in different situations.

MNW: I grew up going to the arcade every day after school with my boyfriend and spent a lot of quarters so I just think it’s the coolest thing that I’m in games. It’s so crazy. You’re this little Lego character. It’s amazing. For a geek girl like me, it doesn’t get any better.