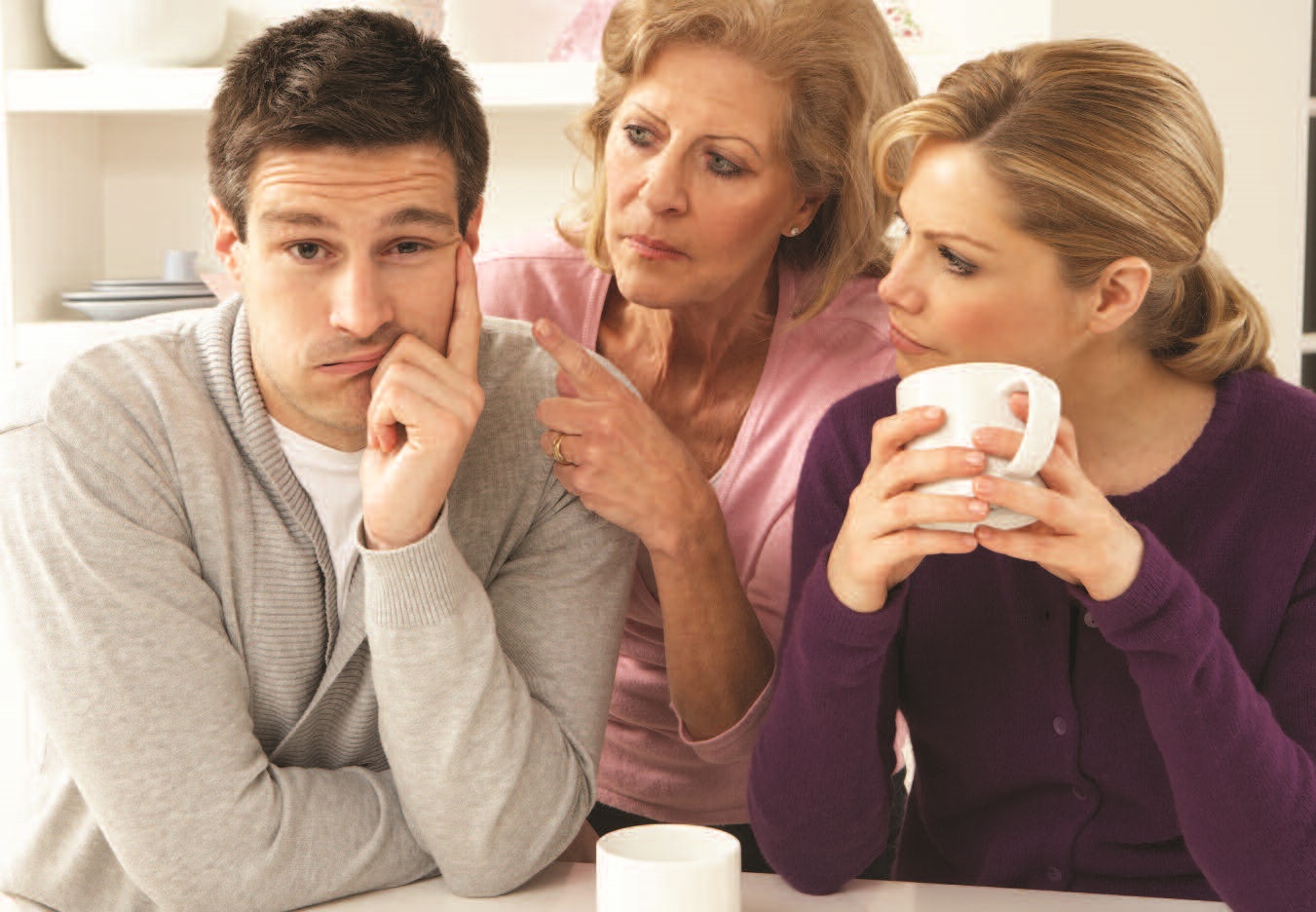 So you think your mother-in-law is bad…

My husband used to tease me that my mother paid him a huge fee to marry me. But that jest perhaps hides the real truth: On Christmas Eve, the year we were married, my mother-in-law, martini glass in hand, cornered me at a family gathering and tearfully thanked me for marrying her middle son. While no money was exchanged, I registered the gratitude that with her son in my hands, she had one less worry on her mind. I must admit I was lucky in the mother-in-law department.

Mother-in-law. An appellation so resonant that it is almost onomatopoetic in evoking a mixture of fear, humor invasiveness and sometimes loathing. My father used to say that he married a “Rose that grew from a dung heap.” And when my mother married my dad, her new sister-in-law took her to lunch to warn her about the well-manicured claws of her future mother-in-law. My mother actually got along swell with my grandmother, perhaps because she was a vast improvement to her own mother. Meanwhile, the sister-in law’s mother was referred to by her husband as “The Toad.” That being said, mothers-in-law can occasionally be outright fun. An older friend said his early-to-bed wife’s night owl mother used to commandeer him after the witching hour to squire her around to Palm Beach nightclubs. (And here’s to you, Mrs. Robinson!)

The evil or comic mother-in-law has been a casting staple in Hollywood: From the movie Monster-in-Law to Samantha’s mother, humorously invasive and sardonically witchy Endora, on Bewitched to Game of Thrones’ murderous Olenna Tyrell, the theme of mothers-in-law is rich territory.

Mother-in-law stories start with the tying of the knot. There are endless stories of mothers of the groom wearing funereal black at the wedding, or trying to upstage the bride by wearing white. And then there are the mothers-in-law, with shriveled hearts, who forgo the wedding altogether. Probably good riddance. No one could be good enough for Sonny Boy or perfect Poopsie. The umbilical cord knows no ends. Oedipus, anyone? Speaking of Oedipus: imagine the nightmare of his mother, Jocasta, who by unwittingly marrying her son, incestuously became her own mother-in-law.

Mothers-in-law may have the best intentions, such as Recounted that, on a first visit to her husband-to-be’s hometown, his mother drove her around on a tour of all her son’s ex-girlfriends’ houses. The not-very veiled message being: there were many before and, if she didn’t take good care of him, there could be many afterwards. 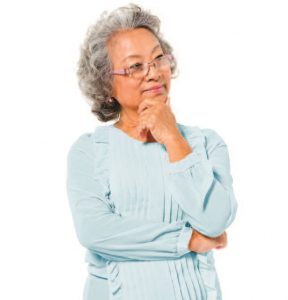 My own area of study is Chinese culture, where there are hundreds of stories of young Chinese wives becoming slaves to their tyrannical mothers-in-law, thanks to Confucian expectations of filial piety, respect and obeisance: The custom was that, on marriage, the wife moved into her husband’s multi-generational home and was at her mother-in-law’s beck and call. The mother-in-law continued a cruel cycle of abuse, no doubt similar to how her own mother-in-law treated her. There are so many examples in Chinese history and fiction of wretched mothers-in-law that one doesn’t stand out as more horrible than the others. 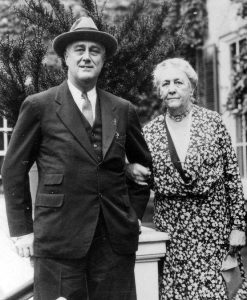 Which is better—the coldly snubbing or the insanely smothering mother-in-law? History has something to say about that. In the 19th Century, when John Ruskin, the Scottish art critic and champion of Pre-Raphaelite artists, married at his mother’s urging the high-spirited Effie Gray, he caught a chill on their honeymoon and had to be nursed back to health by his mother. However, his mother’s lack of boundaries in over-nurturing Ruskin can’t be the only cause of six years of an unconsummated marriage. With reason, Effie annulled their union and married Ruskin’s more handsome and appreciative protégé, the painter John Everett Millais.

The White House has housed four mothers-in-law and, not just one, but two of them were domineering and judgmental. When Franklin Delano Roosevelt proposed to Eleanor, his meddling mother Sara took him abroad to discourage their union. When that didn’t work, she built double townhouses in New York as a wedding present, so she could be near her dear one. Wherever they lived, she always shared a roof. Her overbearingness did “save” the marriage, as she objected to the possibility of Franklin divorcing Eleanor when he strayed from the marriage, saying she would cut him off without a dime. FDR’s successor, Harry Truman, gained a disapproving mother in- law when he married Bess Wallace. Bess’s mother never considered Harry—a former dirt farmer and failed shopkeeper—good enough for her daughter, even when he became president (!) and she settled into 1600 Pennsylvania Avenue. 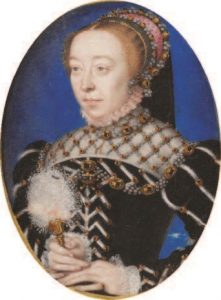 History offers plenty of Game of Thrones-esque stories about overbearing and conniving (to the point of felonious and even homicidal) mothers-in-law. In the 16th century, Mary Stuart, aka Mary Queen of Scots, after her husband Francis II’s untimely death, was cast out by her mother-in-law, Catherine de’ Medici (right). Mary fled to Scotland, leaving the Crown Jewels behind at Catherine’s insistence. (But that was certainly better than the imprisonment and beheading that ultimately awaited her in Scotland.) Catherine also tangled in her daughter’s marriage and may have poisoned her son-in-law’s mother as well as caused religious riots. And although one marries for better or worse, it couldn’t get worse than the domineering Bona Sforza (1494- 1557), the poisonous and poisoning Italian-born Queen of Poland. Bona, by all accounts, was a horrible mother to her five children, but she was far worse to her daughters-in-law. After unsuccessfully attempting to prevent her son’s marriage to Elisabeth of Austria, she is said to have poisoned Elisabeth within two years. Her son remarried his mistress, who quickly and mysteriously died mere months after the wedding. 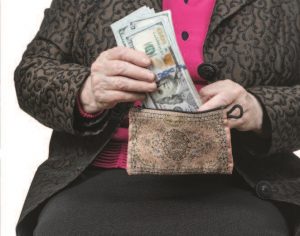 We may feel safely centuries away from these murderous mothers-in-law, but the beat goes on. Closer to here and now, in 2013, a Florida newspaper reported that a 70-year-old grandmother allegedly offered a supposed hitman $5,000 to knock off her daughter-in-law. Fortunately for the intended victim, the hitman was an undercover cop.

FUNNY YOU SHOULD MENTION 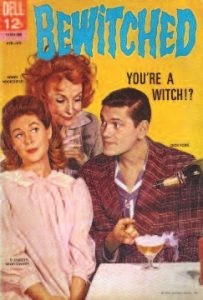 Darrin Stephens’s mother-in-law, Endora (played to virtuoso perfection by Mercury Theater veteran Agnes Moorehead), earns high marks as one of TV land’s great sitcom mothers-in-law. Moorehead is hardly alone. Some of history’s finest character actors have made this role their own on the small screen.

EDITOR’S NOTE: Ambitious mothers-in-laws always run the risk of a double-edged sword. Literally. When King Herod the Great discovered his mother-in-law and her daughter were conspiring to regain power for their dethroned family, he had both executed.