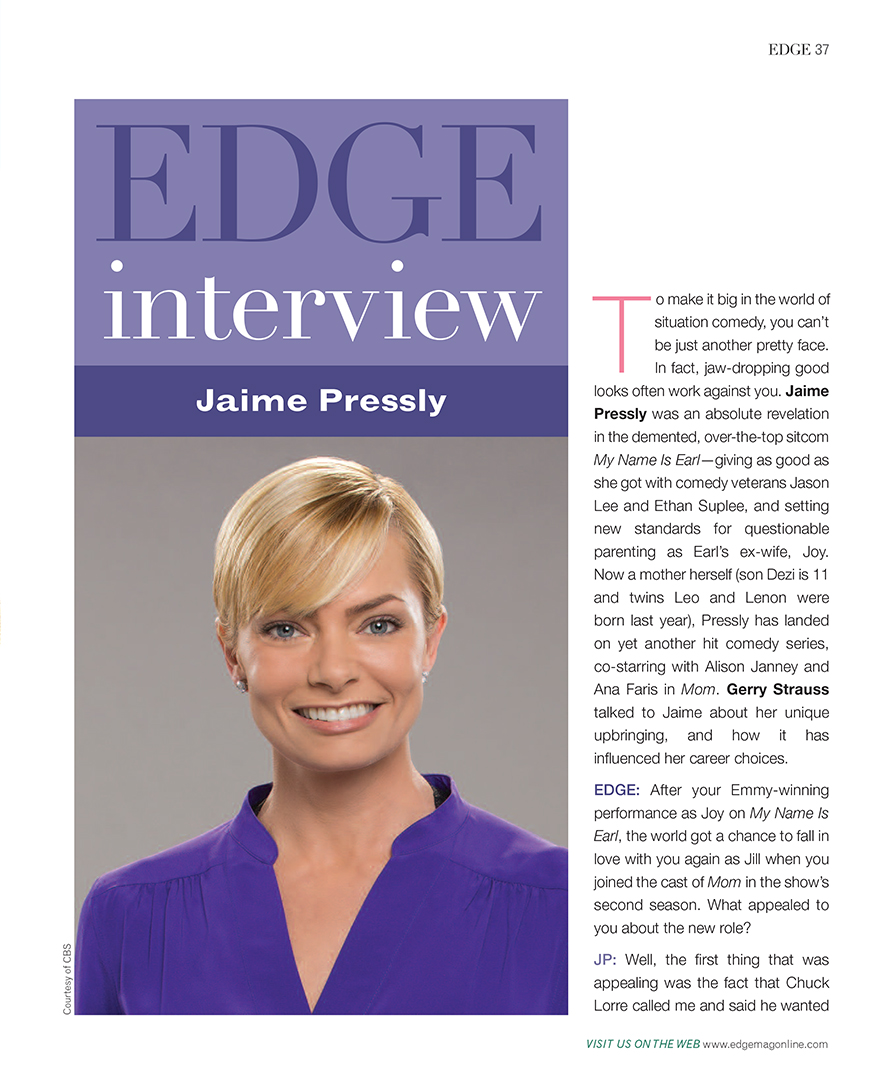 To make it big in the world of situation comedy, you can’t be just another pretty face. In fact, jaw-dropping good looks often work against you. Jaime Pressly was an absolute revelation in the demented, over-the-top sitcom My Name Is Earl—giving as good as she got with comedy veterans Jason Lee and Ethan Suplee, and setting new standards for questionable parenting as Earl’s ex-wife, Joy. Now a mother herself (son Dezi is 11 and twins Leo and Lenon were born last year), Pressly has landed on yet another hit comedy series, co-starring with Alison Janney and Ana Faris in Mom. Gerry Strauss talked to Jaime about her unique upbringing, and how it has influenced her career choices.

EDGE: After your Emmy-winning performance as Joy on My Name Is Earl, the world got a chance to fall in love with you again as Jill when you joined the cast of Mom in the show’s second season. What appealed to you about the new role?

JP: Well, the first thing that was appealing was the fact that Chuck Lorre called me and said he wanted me to do it. Anytime Chuck Lorre calls you and says he wants you to do something, you’re like, “Yup, okay.” It’s kind of like if [My Name Is Earl creator] Greg Garcia were to call me and say he wants me to do something, I’m there. So the opportunity to work with him was a no-brainer for me. And to go to work with Allison Janney and Anna Faris? That was another no-brainer for me.

EDGE: Jill is in recovery. Was that interesting to you?

JP: I was excited about the role…when Chuck called, he said, “She’s a girl who’s a recovering drug addict and alcoholic.” At the beginning, we thought she was going to be bipolar. I was like, “Well that sounds interesting. Write me in, I’m down.” The writing on Mom is incredible—much like the shows, I loved when I was a kid, like Roseanne and Maude and All in the Family and Cheers and Golden Girls. All those shows weren’t afraid to end on a low note. They had drama and comedy, and the comedy came from real-life drama, which is what made it real. It wasn’t just hitting the punchline.

EDGE: As a mom yourself, how does the shooting schedule work?

JP: I just couldn’t have asked for a better opportunity. To be able to go to work and have that great schedule when I am a mom was extremely appealing. Unlike the schedule on Earl, which was tougher because it was single camera. You know, I get to come home. I get to be with my kids in the morning and at night.

EDGE: How about your own childhood, growing up in Kinston, North Carolina? I know you competed in gymnastics. Were you a competitive kid?

JP: It was a pretty idyllic childhood, I’m not going to lie. It was a tiny, tiny town, and everybody knew each other. We rode our bikes to school in kindergarten all the way through. It was safe. My mom was a dance teacher—she only retired like a year ago. I was a gymnast for 11 years but I was actually more of a dancer. I danced for like 25 years. And competitive? No. I’m only competitive with myself. Even with going on a casting call or an audition, I would talk to everybody in the room because I’m not out to cut anybody’s throat. If I get the job, great. If I don’t, good luck to you. So it has always just been about topping myself, not anybody else.

EDGE: What do you think your parents passed down to you? 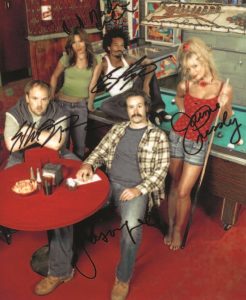 JP: I would say, from my mom, I learned discipline, because dancing teaches you discipline certainly. My dad would tell me that good things come to those who wait, so from him, it was more about taking things slow and learning how to be patient. With my mom, it was about learning discipline and working hard for what you get. And then manners came from both my parents because we’re southern… you know, it’s a thing there. Everything was really about manners. And with my kids, everything is about manners. My son Dezi, who’s almost 11, he’s one of the most polite children you’ll ever meet out here, I promise, in California.

EDGE: When you began your modeling career, you had to be legally emancipated from your parents’ care. How did that go down?

JP: It wasn’t a bad thing. It wasn’t like I divorced my parents. It was because neither of them could go with me, and as a teenager, I had to get past child labor laws. So we emancipated me so that I could go to Japan on the contract.

EDGE: Amicable as it may have been, you were still very young to be traveling and living on your own… across the globe, no less. Did you feel ready?

JP: I was. I had no fear. You know, really, fear never came into my body until I had a child. I was just fearless in every way. I was excited and eager to travel. It was fun for me— although I can’t imagine ever sending my child away at 15 and not going with them. But for me, it was different. I was a different kid. I grew up very quickly and I had a good head on my shoulders. I knew what I wanted, and I was a fighter. I wanted to get out there and see the world and I wanted to travel. So it never even crossed my mind to be afraid.

EDGE: When did acting enter the picture?

JP: I always wanted to act. I started out modeling first because I had entered a model search when I was back home in North Carolina. I found it in the back of a magazine, and I ended up winning. My mom and I came out here to California, and they brought us back out again because they wanted me to shoot for the cover of Teen magazine. Two other girls and I ended up getting it, and my mom and I moved out the month that my first cover came out, which was June of ’92. So that was how I got my foot in the door. But standing in front of the camera and just posing was never the plan. It was fun for a minute and I loved the travel. But it was never my end-game plan, by any means. 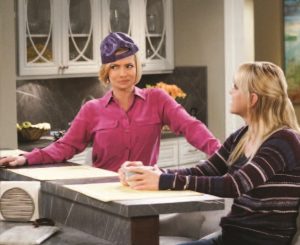 EDGE: A couple of your early roles involved some nudity and sexuality. Were you comfortable being placed in those situations?

JP: I was and I wasn’t. I mean, there were moments of me feeling like I hate doing this, but like I said, I grew up as a dancer. Dancers are very comfortable with their bodies. Also, I had a European brain back then when it came to showing your body, so I didn’t think it was that big of a deal. And then, you know, you have kids and you cover up. Overall, I didn’t love it and I can tell you that the manager that I had for many years pushed me in that direction. So it wasn’t necessarily my choice, but it was how I was managed. Whether that was right or wrong, I have my own opinions but you know, it worked. 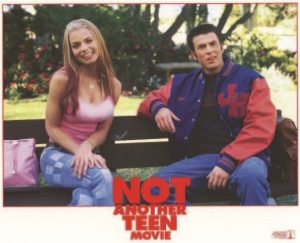 EDGE: It seems as if you began to hit your stride in the teen comedies of the late-1990s—movies like Can’t Hardly Wait. How was that experience? 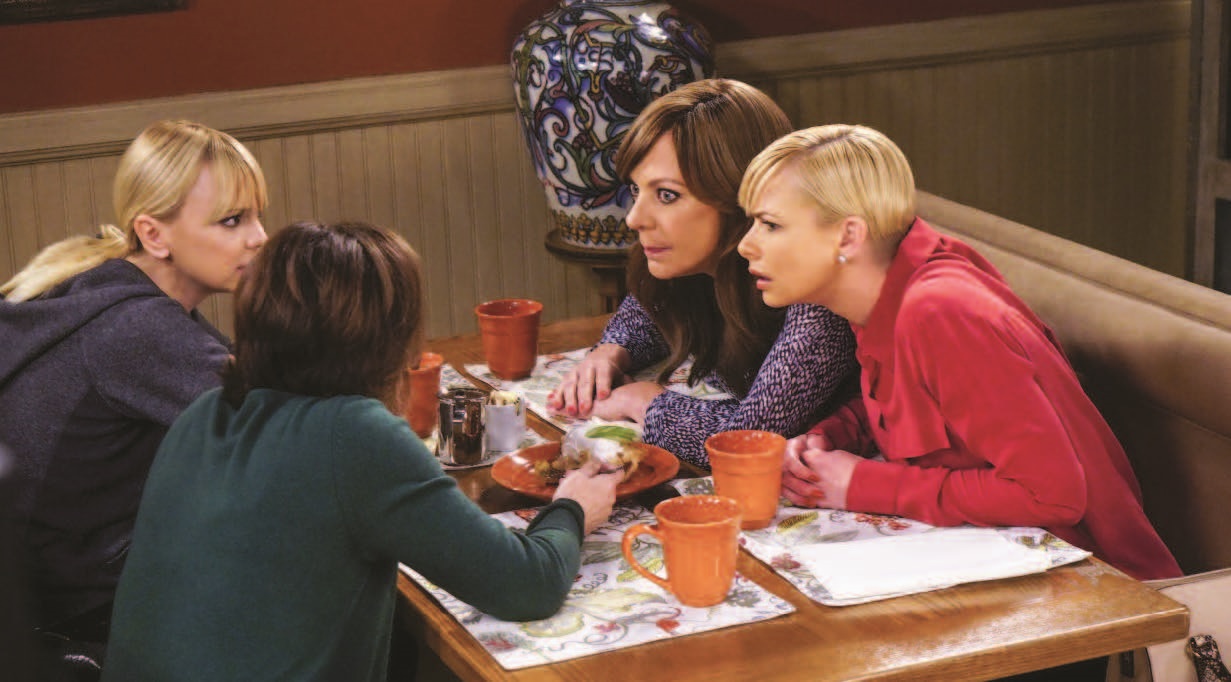 Can’t Hardly Wait had everybody in it—I swear—and then Not Another Teen Movie. I mean, Chris Evans, Captain America, came out of that, you know? The roles were fun, the scripts were good and it was experience. The movies did well in the theaters, so it wasn’t like it was a bad direction to go in. And at that age, those are the roles that are offered. The older you get, the better the roles get, the more intense and deep and meaningful the roles might be. When you’re younger, you’re catering to the younger demographic and the younger demographic doesn’t exactly go out and watch heavy movies.

EDGE: Let’s talk about My Name Is Earl. You won numerous awards for your role as Earl’s ex-wife.

JP: Awards were never something on my brain. I never even imagined—I mean, every kid that wants to be an actor imagines accepting the award one day—but I never actually thought it would happen. It never occurred to me that I would even be nominated, to be honest with you. So I just was doing what I loved to do with an incredible group of people, with amazing writing that I was so fortunate to have. It was never like, a plan: I’m going to do this and go win awards.

EDGE: And of course the irony is that Joy was never meant to be a recurring character.

JP: Joy was only supposed to be in three episodes. I was given an incredible opportunity by the creator, Greg Garcia, to just kind of do my thing. After doing those three episodes, I was like, “You know, I really want to be here. I love it here, I don’t want to leave.” And so he just started writing me into all the episodes because he didn’t want me to leave, either. Thankfully. Earl was one of the greatest experiences of my life.