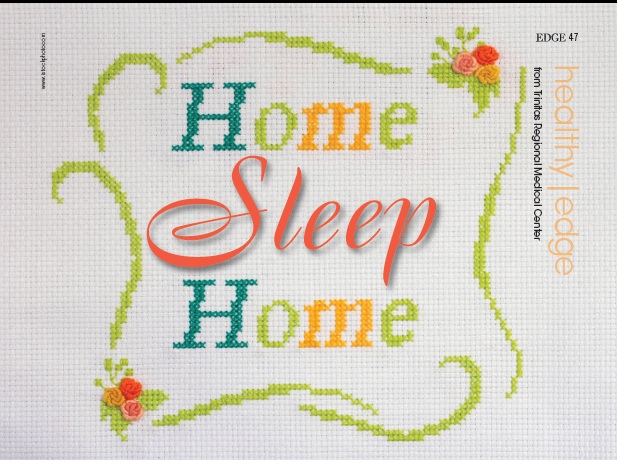 Humans are good at a lot of things, but sleep isn’t always one of them. There are any number of non-medical reasons why we don’t get enough sleep—life stress, work stress, breastfeeding, bad dreams, noisy neighbors, a pet nesting on the covers or a partner hogging the sheets. Some issues you can address, others you can’t. Whatever the cause, losing sleep means you’re not rested or alert during the day, which can diminish focus, slow productivity and dangerously impair judgment.

If you are missing out on restorative sleep because of sleep apnea, however, that’s definitely a problem you can solve. Also, know that you’re not alone. 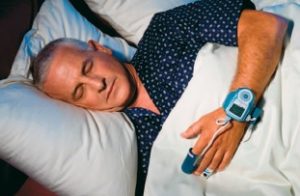 More than 23 million people in the United States have undiagnosed sleep apnea, which is kind of a staggering number given how simple testing has become. The Comprehensive Sleep Disorders Center at Trinitas, located at the Homewood Suites by Hilton, in Cranford, was seeing a steady stream of patients prior to the COVID-19 pandemic. While seeing patients and monitoring their sleep on-site became problematic in the spring of 2020, the center was able to shift gears and ramp up its home testing for sleep apnea thanks to a portable diagnostic device called the WatchPAT®, a small piece of equipment with three components. The PAT stands for Peripheral Arterial Tonometry, which measures arterial pulse volume changes to detect apnea events.

“It comfortably sticks to the chest with a small sensor, straps on your wrist like a watch, and slips onto your pointer finger,” says Dr. Vipin Garg, Director of the Comprehensive Sleep Disorders Center. “While you sleep, information is collected by the device and sent through the WatchPAT app to your doctor. Theoretically, if I was your doctor, I would be able to look at the results of your sleep test as soon as you woke up and hit send on the app from your phone.” 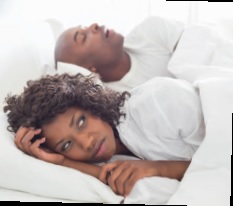 Nearly half of all adults snore occasionally. About a quarter snore regularly. Often, snoring is the result of a treatable condition, such as a sinus infection or a deviated septum. The culprit may also be bulky throat muscles or a soft palate or uvula. And, of course, in cases when loud snoring or gasps are interspersed with pauses in breathing—sometimes 20 or 30 an hour—sleep apnea is a strong possibility.

Whatever the reason, the sleep deprivation that often goes hand-in-hand with snoring can come with its own health and wellness issues, and has been linked to obesity, heart disease and diabetes.

So who are these 23 million undiagnosed sleep apnea sufferers? If you snore, you may be one of them…and a candidate for a sleep apnea test. Snoring in and of itself is bad enough, even if it can be blamed on your anatomy, allergies, your sleep position or something else entirely. Snoring is unhealthy because when you stop breathing your oxygen level drops and makes it difficult for your brain and heart to function properly. With sleep apnea, you actually stop breathing—possibly several times per hour—which means interrupted sleep for you and anyone within earshot.

Dr. Garg says snoring “isn’t the only red flag to look out for.” There is also morning headaches, dry mouth, mood changes, pauses in breathing, snorting or gasping, insomnia, irritability and depression. Sleep apnea can lead to high blood pressure, stroke, cardiac problems, asthma, COPD and diabetes mellitus. It also causes a low oxygen level known as hypoxia, which creates a fight-or-flight response, meaning that your quickening heart beat also narrows your arteries. Undiagnosed sleep apnea also raises your risk of stroke by two or three times. You may also be at a higher risk of cardiac issues if you are older than 60, have 20 or more episodes of sleep apnea per hour and have an oxygen level of less than 78 percent while you sleep.

There are three types of sleep apnea that Dr. Garg and his sleep center staff look for when they test. Central Sleep Apnea means your brain isn’t signaling your muscles to breathe. Obstructive Sleep Apnea, which is most common, is a blockage in your airway. Complex Sleep Apnea syndrome is a combination of the two.

If you need to be treated for sleep apnea, the choice with which most people are familiar is the CPAP, short for Continuous Positive Airway Pressure. It’s a small, portable machine that keeps the upper airway open when you wear a small mask over the nose. A nasal mask is attached to the machine with tubing. It’s not as uncomfortable as it sounds and it’s most definitely the kind of thing one can get used to—and actually prefer to sleep with—to make breathing easier. The global CPAP market has been estimated at over $2 billion annually, with more than a quarter sold in the U.S. 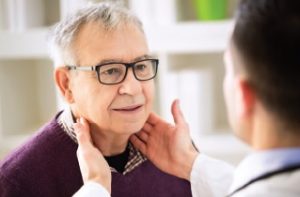 There are some instances where surgery is the best option. For instance, removing the adenoids and tonsils—which is the most common treatment of Obstructive Sleep Apnea in children—nasal polyps or anything else blocking the airway can solve the problem. You may also be a candidate for an uvulopalatopharyngoplasty (UPPP) to remove the excess tissue from the back of the throat.

No matter what you and your doctor decide, the path to a better night’s sleep begins with testing. And testing begins at home. 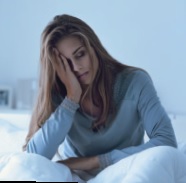 In a day and age when social media and family drama pulls us in so many directions, and the line between work and home is increasingly blurred, the idea we grew up with—“everyone needs eight hours of sleep”—would almost seem quaint if it didn’t sound so crazy. And while some people can truly thrive on five or six hours a night, sleep experts maintain that the traditional range of seven to nine hours a night is still a solid number. Seniors can get away with slightly less, while children actually need more for proper growth and development. So when your teenager is heading into his or her tenth hour of unconsciousness, don’t take it personally. It’s just nature doing its job.

If you sense that you’re not getting enough sleep, trust your instincts and talk to a doctor. Research shows that six hours or less can increase anxiety, affect your decision-making and create a general fog that is unpleasant and potentially dangerous. Sleep apnea is not a slam-dunk diagnosis. It may be that you play a lot of sports or have a labor-intensive job, or that you’re hitting the caffeine a little too hard. There may be a coexisting health issue.