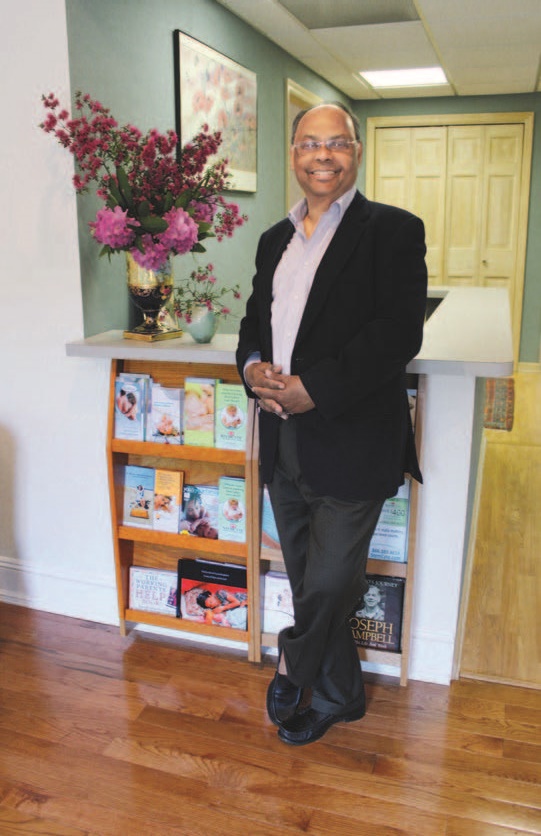 Trinitas OB/GYN Chair making Elizabeth campus his base of operations.

Dr. Abu S. Alam has delivered thousands of babies and provided quality care to countless families, both here and abroad, during a medical career that has stretched across more than four decades. After two-plus years commuting between Elizabeth and his practice in Summit, the Chairman of Obstetrics/Gynecology has decided to close the doors of his longtime ofﬁce overlooking Springﬁeld Avenue and devote himself entirely to Trinitas.

Born and raised in Bangladesh, Dr. Alam cites his father’s death as his inspiration for a career in healthcare: “Before my father passed, he asked that one of us become a doctor. At sixteen, I was the youngest of seven children and none of my siblings had pursued medicine. It was left to me to fulﬁll his wishes.”

He embarked on his medical education as a teenager and, in 1972, graduated from Dhaka Medical School. He interned at Louisiana State University, completed his residency in Obstetrics and Gynecology at St. Vincent’s Hospital and Medical Center in New York City, and moved to the New Jersey suburbs to build his practice.

Dr. Alam has trekked to Haiti more than 20 times over the years, performing charitable work in the impoverished island nation—often ﬁnding himself in clinics with no electricity. His arrival at Trinitas in 2017 gave him an opportunity to connect with the area’s Haitian population. He has also worked tirelessly to secure funds and equipment donations in order to open Nandina General Hospital, a non-proﬁt medical facility in Bangladesh.

It is this dedication to caring that initially led Dr. Alam to Trinitas, which serves a diverse patient population. And, he says, it makes the difﬁcult decision to leave Summit a little easier.

“It will also decrease my commute time and increase time for my patients,” he points out, adding that his ﬁrst priority—whether in New Jersey or Haiti or Bangladesh—has always been to his patients.

“When I go to bed at night, I know that I’ve given my patients the best care I can.”

Editor’s Note: Dr. Alam’s efforts have not gone unrecognized. In 2006, he was awarded the Ellis Island Medal of Honor, which is presented to immigrants who have made signiﬁcant contributions to America’s heritage.