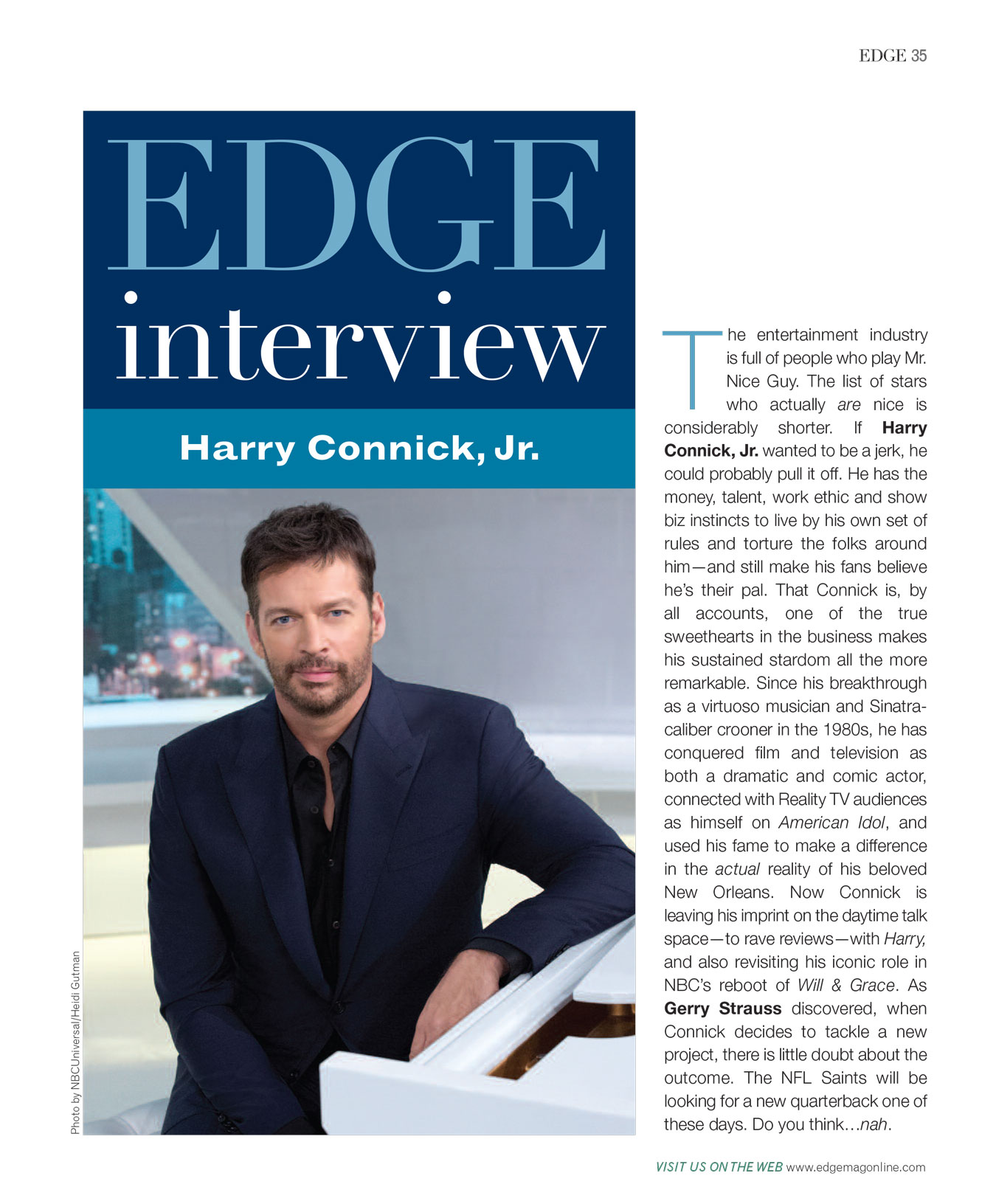 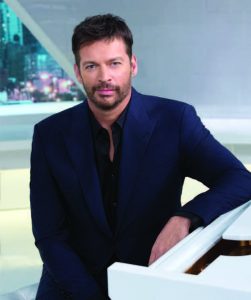 The entertainment industry is full of people who play Mr. Nice Guy. The list of stars who actually are nice is considerably shorter. If Harry Connick, Jr. wanted to be a jerk, he could probably pull it off. He has the money, talent, work ethic and show biz instincts to live by his own set of rules and torture the folks around him—and still make his fans believe he’s their pal. That Connick is, by all accounts, one of the true sweethearts in the business makes his sustained stardom all the more remarkable. Since his breakthrough as a virtuoso musician and Sinatra-caliber crooner in the 1980s, he has conquered ﬁlm and television as both a dramatic and comic actor, connected with Reality TV audiences as himself on American Idol, and used his fame to make a difference in the actual reality of his beloved New Orleans. Now Connick is leaving his imprint on the daytime talk space—to rave reviews—with Harry, and also revisiting his iconic role in NBC’s reboot of Will & Grace. As Gerry Strauss discovered, when Connick decides to tackle a new project, there is little doubt about the outcome. The NFL Saints will be looking for a new quarterback one of these days. Do you think…nah. 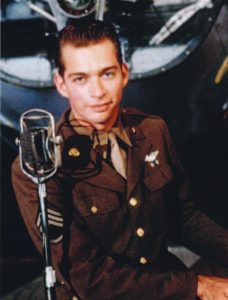 EDGE: What aspects of stardom are most rewarding for you?Creative freedom? Being able to make a difference in other people’s lives? Doing right by your family?

HC: I’d say the ﬁrst two things are probably a tie. I mean, creative freedom is way up there, only because all I really want to do is try to function artistically on as high a level as I can. Success gives you the ability to do that. I get to work with great musicians, and I have the facilities that I need to improve. It’s like a chemist. If he’s successful, he gets to have a great lab to work in and that expedites the creative process, so that helps immensely. The ability to be heard is important, too, especially in times when your voice can make a difference. I think back to times when, had I not had a public platform upon which to stand, I would not have been able to do things like start the Crew of Orpheus, which was the ﬁrst multi-racial, multi-gender major Mardi Gras parade in New Orleans. Or start the Musician’s Village, which is an incredible project that Branford Marsalis and I started. Or be of some help during Hurricane Katrina. Those are all things that I was able to do as a result of being in the public eye, so I think it’s a tie between that and creative freedom.

EDGE: From whom did you learn the most during your music career?

HC: Probably Ellis Marsalis. He was my teacher back in high school. I probably spent the most hours with him, if you were to count up all the hours I’ve ever spent with everybody, because I was with him every day for four years. Ellis taught me things that I still use to this day, and if anyone were to be credited for having the biggest inﬂuence on my playing, it would be Ellis.

EDGE: Given the state of Jazz in the 80’s, how secure were you in the belief that you’d have a real shot at carving out a lucrative career for yourself?

HC: Well, it’s like when you’re a kid and you look at yourself in the mirror, and you look at your family. If you’re around people that kind of eat the same food, and talk like you, and look like you…that’s your norm. Jazz music was my norm. It’s who I was. I never thought about it as being a risk. It’s just who I was. So when I moved to New York, I didn’t even think about playing any other kind of music, because that’s the music that I knew. When you believe in yourself—and you have a little bit of conﬁdence and a drive to be known in this industry—the last thing you’re thinking about is Oh my gosh, I hope I’m making the right decision. All I wanted to do was play music, and at that time all I was doing was playing piano and singing, and I was playing jazz music, and I loved it. It was just something that I had to do. I felt compelled to do it because I loved it so much.

EDGE: At 25 years old, you released one of the most enduring holiday albums ever, When My Heart Finds Christmas. Did you have any idea that this album would stand the test of time and become an all-time classic?

HC: It’s just such a humbling feeling to know that that record has been a part of so many people’s lives around the holidays. I never really think about whether things are going to endure or not. All I can do is try to make the best record, or best TV show that I can. You never know how people are going to respond to it, and the fact that it’s stuck around for so long is just a thrill. I worked just as hard on that album as I did on all of them. I’m thankful I did it, and I always enjoy playing those songs around Christmas time.

EDGE: You seem equally comfortable on stage or in the studio. Do you consider yourself more of a recording artist who plays live shows, or a live performer who occasionally records?

HC: I think it’s too hard to deﬁne. I mean, I’m a live performer for sure. But I also relish the time I have in the studio. It’s really hard to pull those two things apart. I’m probably equal parts live performer, and equal parts recording artist.

EDGE: You’re obviously comfortable in front of the camera. Has that always been the case?

HC: I’ve always loved being in front of the camera. I started doing public appearances at a really young age—probably six or seven years old—and started making records at nine years old, and being on TV and stuff since I was a kid. So the idea of that was always really familiar to me. I’m not a snow skier. I’ve gone a dozen times or so, but I’m terrible, and when I get off the lift I’m always nervous, because I don’t have the skillset to guarantee myself that I’m gonna be able to make it down safely. And you see these little kids out there doing it with no problem. It’s the same kind of thing. Some people say, “Well, how do you go up in front of all those people and perform on Broadway?” It’s just what I do. I’ve done it for so long. I just feel very comfortable being on stage and in front of the camera.

EDGE: Do you have a favorite genre in terms of acting?

HC: I like whatever I’m doing at the time. When I’m doing Broadway, I love that because I’m very, very focused. When I’m doing Will & Grace or another sitcom, it’s the same type of thing. All I think about is the moment. The fun thing about doing Harry is that, although I get to do different things under the same roof, it’s still its own skillset—hosting a daily syndicated television show—so I’m focused on that, and all of the things that I have to do to try to make that show as good as I can. Like, right now I’m in “TV Show” mode, and I’m just loving every second of it. Whatever I’m doing at the time, I think, is what I enjoy the most. 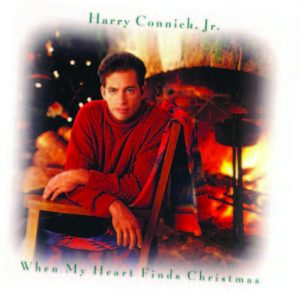 EDGE: To what do you attribute your success beyond your music career?

HC: I think it starts with believing in yourself, and believing that what you have to offer is something that other people might like. And working really, really hard at it. I have a work ethic second to none, and you can say what you want about my talent or lack thereof, but you’re not gonna ﬁnd many people who work harder than I do.

EDGE: Why is that?

HC: I genuinely appreciate the opportunity to do it. One of the things I get asked a lot is, “How are you doing with the grind of daytime?” I can’t get over that. It’s not a grind to me! Every day I wake up, and I’m thankful to be there. Do I have days where I’m tired or sick? Of course. But I’m fortunate to be here, and I’m going to give these people one hundred percent of myself every single time. I think those things probably have something to do with the success I’ve been able to achieve. 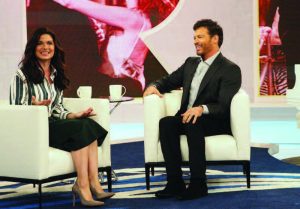 EDGE: What intrigued you about having your own talk show?

HC: Well, I love to perform and I love to be with people. I’ve been inspired by amazing women my entire life, I continue to be, and I wanted to do a show that I thought might have its own lane—a daytime show with music that celebrated everyday people and wasn’t about gossip or politics. It was about acknowledging incredible people for what they’ve done, having the occasional celebrity come on and share their story, and just doing a show that made people feel good. You never know if the thing’s gonna work…or if anybody’ll even buy it. But they bought it, and we were lucky enough to get ﬁve Emmy nominations the ﬁrst season out. These shows rarely get picked up, and the fact that we got picked up for Season Two with a continually growing audience sends a very clear message to me that maybe our hunch was right. Maybe people want to watch a show that is wholesome, that you can watch with your whole family, but which is trying to be a show on a high artistic level, too. Those are all the reasons that made me want to do it.

EDGE: What went into shaping the vibe and format?

HC: I like to go in my audience all the time..we play live music on daytime television—we’re the only people who do that. I’m the only host that writes the music for the band. I did things that I knew how to do and, again, you never know if it’s gonna work. But I think people know that I’m sincere. Regardless of your feelings toward me, or what I have to offer, I think one thing that’s undeniable is that I absolutely love doing it, and I’m honored to do it, and every day when people come in I just feel blessed to be able to perform for them. Hopefully those things come across, and show people that they have a choice when they watch daytime.

EDGE: What’s been your favorite part of doing Harry?

HC: Meeting the women I call “Leading Ladies.” That was the ﬁrst idea I had for the show. Fine, amazing women that I can talk to and that can inspire other people. Just yesterday, we ﬁlmed the captain of the ferry in New York that was one of the ﬁrst responders when Miracle on the Hudson took place. I think she’s the only female ferry captain. Certainly she was the ﬁrst one, and she just went into autodrive and saved dozens of people. This woman is amazing, and I said, “What do you have to tell young women out there?” She says, “Believe in yourself.” These are messages that we can’t hear enough—especially young women who I think struggle with self-esteem. Young boys do, too. But it’s tough out there for young girls. I have three daughters, and I’m aware of that, so I love having strong women. That’s my favorite part of the show.