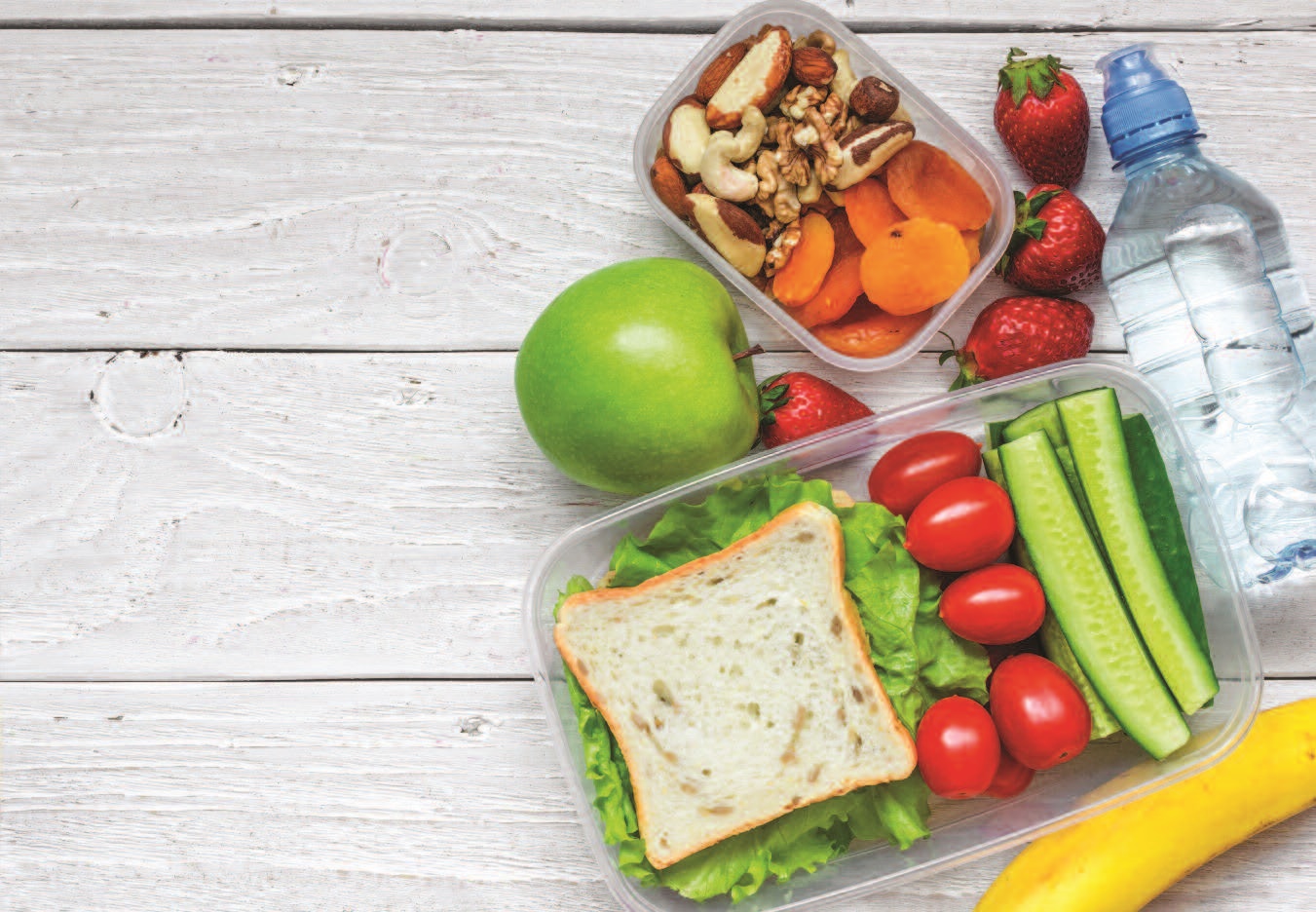 For more and more summer camps, nutrition is now on the menu.

Of my many vivid summer camp memories, I am struck by how often they revolve around some aspect of food. I was a reluctant eater back then (not anymore) so naturally, I have quite a few culinary-nightmare tales to tell. I was horrified when I discovered that the much-celebrated campfire burgers were cooked on a metal bed frame from the 1930s. The camp spaghetti sauce, which I refused to touch much less eat, looked like it came from Custer’s Last Stand. I also recall being deeply offended that the toast served at breakfast each morning was brown and rock-hard on one side and essentially uncooked on the other. I’m pretty sure it was broiled Wonder Bread.

And yet, lo these many decades later, I am still tempted to purchase a quarter-pound of the cheap bologna at our local grocery store, pair it with a slice of imitation cheese food, and then slather on so much yellow mustard and fake mayo that it oozes out the sides of the sandwich. Ah, memories.

The backstory is that a group of us older campers had set out deep into the Adirondacks on an overnight hike. A three-day storm surprised us and we had to ride it out in a lean-to, with little more than meticulously rationed Gorp to sustain us. I almost strangled a kid over an unclaimed M&M. Anyway, when we dragged our famished 13-year-old bodies back into camp, the cooks were nowhere to be found and all we could scrounge were the aforementioned mystery-meat sandwiches. On my initial bite, the MSG, sodium, and preservatives ignited in my mouth like Sweet Tart fireworks and literally made me shudder. I’m still not sure what cyclamates are, but I’ll bet there were tons of ’em between those flabby slices of white bread.

And curse it all…I don’t think anything has ever tasted that good since.

If I’ve ruined your appetite, I apologize. The good news is that it’s highly improbable that your kids will share anything like this experience when they go off to camp this June or July. Day camps, sleep-away camps, tech camps, sports camps, you name it, have really stepped up their game where nutrition and food quality are concerned. Okay, they still serve burgers and dogs and chicken nuggets. But the meat is no longer the mystery. It’s probably low-fat and preservative-free. In fact, any of those three camp classics may even be meatless. It’s all about providing healthier meal options—a goal that begins with a nutritional philosophy at the top of the camp food chain and trickles down to the cooks and counselors. 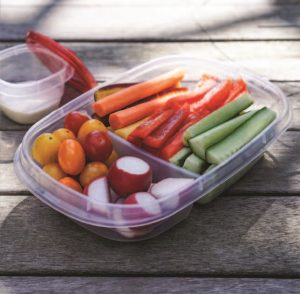 We as parents know that healthy food can be delicious. Fruit and yogurt are smarter breakfast choices than Lucky Charms; salads and whole-grain sandwiches beat Sloppy Joe’s for lunch; and lean grilled meats and vegetables are a vast improvement over high-fat, high-carb, high-sodium dinners like the one the cooks at my old camp titled “turqué alla king.” (I hope at least they used real king, since it was the only part of the dish that was not misspelled.) We can’t always convince our kids to eat right, but it’s encouraging to know that camps now have our backs when it comes to sending the right message.

As anyone in the camp business will tell you, doing so is in their best interest. It requires a lot of energy to plow through a typical day of activities, and healthy food and snacks are the fuel that makes campers go. You definitely don’t want kids to crash and burn in the middle of a robotics showdown or in the front of a canoe. 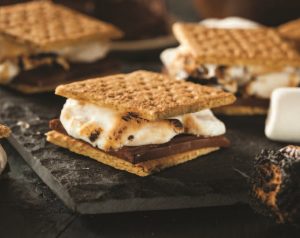 What should campers be consuming? The U.S. Department of Agriculture—the same folks that brought you the much-maligned food pyramid—actually has an answer. The USDA’s MyPlate initiative lays out an ideal, albeit aspirational, set of guidelines for kids to follow. It’s no longer a pyramid. It’s a pie chart and pie is nowhere to be found. It suggests a daily diet of 30 percent grains, 40 percent vegetables, 10 percent fruits, and 20 percent proteins. A smaller circle is dedicated to dairy products, including milk and yogurt. The MyPlate program also preaches portion control. Do summer camps adhere to these guidelines? Some do. The rest are getting there.

As a parent, it is probably unreasonable to expect a dietary expert to be looming over the shoulder of each and every camper. But you can ask good questions about a camp’s nutritional philosophy. For example:

In many cases, summer camps cover this territory well on their web sites. Food and nutritional information may be listed under a Medical or Wellness tab on the home page. The word you want to look for (or ask about, if it’s not there) is “dietician.” This is a food professional who oversees the content and quality of the camp’s menus and hopefully is involved on some level in educating campers about healthy eating.

A good example of this shift is Campus Kids, a weekday sleep-away camp in Blairstown. Eight years ago, the camp added a staff specialist who oversees the menus and helps manage food allergies, as well as the overall medical needs of campers. Owner/operator Tom Riddleberger acknowledges that more and more children have allergies and food preferences that must be accommodated and managed, but says it’s actually not a big deal.

“This is a trend we are seeing throughout society,” he says, “which in general has become much more open to recognizing individual needs. Food service personnel have moved with the times, and have that expertise. I think the key from a camp perspective is not to have an attitude about accommodating someone’s requests or needs. Homesickness is a need, and camps have always dealt with that. If a child is vegetarian or gluten-free or lactose intolerant, we deal with that smoothly, too, in a way that doesn’t make the child feel singled out.”

I think it’s safe to say that, back in the bologna-sandwich Stone Age days of summer camp, the concept of hiring a staff member with actual nutritional expertise never crossed anyone’s mind. Camp directors were more focused on swimming, boating, hiking, sports, outdoor skills, arts & crafts, and activities and challenges that nourish a young person’s spirit.

Which is where the emphasis still should be.

Indeed, the search for the right-fit summer camp is all about the quality of experience available to your child, about the confidence- and skill-building opportunities offered. Today’s camps are all about nourishing the body and mind, often in ways we could not have imagined a generation ago. Just don’t forget that they’re feeding your kid, too. 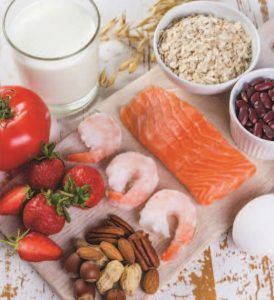 According to the CDC, food allergies among children have increased by more than 50 percent in the last two decades. This has had a huge impact on summer camps, which need to understand who they can and cannot accommodate—and communicate this clearly to parents. In this case, communication is a two-way street. It is incumbent upon parents to be crystal clear with prospective camps about the nature and extent of a child’s allergies, both to food and also environmental allergies.

Another hurdle that summer camps may soon encounter is the possibility that childhood food allergies will fall under the Americans with Disabilities Act. Indeed, there are a great many camps right now that are ADA-compliant but might lose that designation if allergies are classified as a disability. 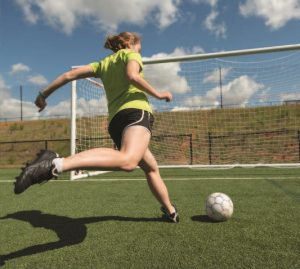 With the steady rise in the number of sports camps in the country, diet and nutrition have become part of teaching athletes to hone their competitive edge. U.S. Soccer, which oversees the training of the sport’s elite competitors, has issued a set of guidelines for its players, including: