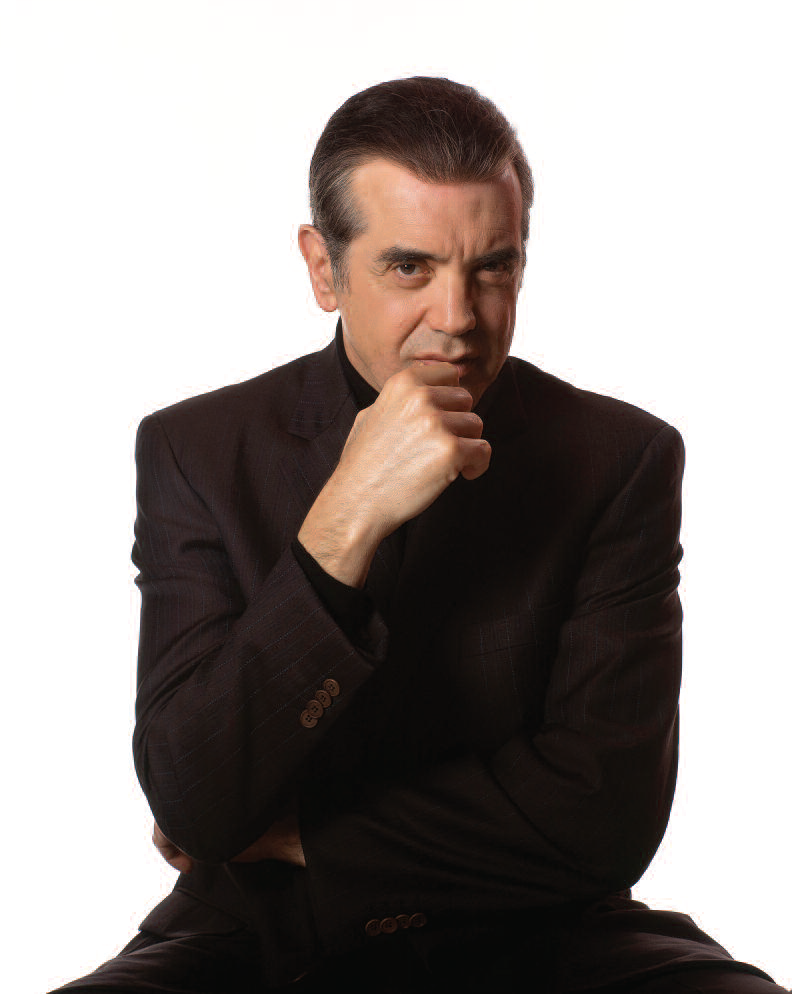 As a performer and storyteller, Chazz Palminteri holds a special place in American popular culture. Coming of age in the Bronx during the 1950s, he was surrounded by the neighborhood characters and themes that would one day populate A Bronx Tale, the beloved one-man show and film that catapulted him to stardom. Palminteri’s creative journey has been marked by artistic, critical and financial successes—both as an actor and writer (and, yes, even as a restaurateur). Yet as EDGE’s Assignments Editor Tracey Smith discovered, as far as Palminteri has come, his comfort zone is still that stoop at 187th and Belmont. All these years later, for an observer of the human condition, it’s still the best seat in the house.

EDGE: The apocryphal story about A Bronx Tale is that you turned down a million dollars for the movie rights because you wanted to write the screenplay and play Sonny yourself. True?

CP: Yes, it is absolutely true that I turned down a million dollars. I wrote Bronx Tale: A One Man Show to showcase myself and show people that I could play eighteen different characters. I wanted to play Sonny. I wanted to write the screenplay. It’s about my life and I didn’t want anybody from Hollywood taking it and doctoring it up, sanitizing it or whitewashing it. I wanted it to be real, you know, and truthful. They felt they couldn’t make a movie without a star. I wanted people to see what I could do. So I just said no.

CP: Yes, a week later Robert DeNiro walked into the theater and saw it, loved it and came backstage. He told me how much he thought it was great and how great I was, and said, “Look, you’d be great as Sonny. And you should write the screenplay, because it’s about your life. You should be Sonny and it’ll be real and I’ll make it real. You make it with me, I’ll make it come to life, I’ll play Lorenzo, your father, and I’ll direct it and we can be partners. I give you my word.” I shook his hand, and the rest, as they say, is history.

CP: Bob is a really good friend. We’ve been friends for 25 years. We’ve done several films together, and been involved in many projects. He’s the best. He wants everything right, you know, and he doesn’t care how long it takes. He’s a perfectionist, as am I. That’s why we get along so well. We have great chemistry.

EDGE: How would you rate him as a director?

EDGE: Which parts of the story were autobiographical?

CP: I would say a good 80 to 85 percent of the movie is autobiographical. It really stems from when I was nine years old sitting on the stoop and I saw this man kill another man right in front of me. Just like they did in the movie, exactly the same. My father came down and grabbed me upstairs, and then the cops came. The reality is I never went down and did a lineup. I just said I didn’t see anything, and that was it. Also befriending the wiseguys when I was a kid, throwing the dice for them, going to get things for them—that’s all true. Also my dad was a bus driver. He worked right off of 187th street. My mother used to be out the window all the time. I fell in love in with a black girl at the age of 17. Some of the guys I knew died in a racial attack with some black youths. The majority is true. But I had to blend it all in the same timeframe.

EDGE: There are a lot of complex themes in A Bronx Tale. What affects people most deeply? What aspect of the story do they identify with the most?

CP: I wanted to talk about the working man and what my dad instilled in me. Yet as good as my father was, he had some qualities that he had to change. And regardless of how much of a bad guy Sonny was, people loved him. They were sad when he died. Taking the best of Sonny and the best of my father and becoming this man who I am today—that’s what resonates most with everybody. Also, I think because it’s not about black and white or good versus evil, people just love the story. They identify with the different characters.

EDGE: Out of curiosity, how does one play 18 characters in a one-man show?

CP: A lot of practice and a lot of rehearsals. But God has given me the gift and somehow I’ve mastered it.

EDGE: What prompted you to write the one-man show?

CP: Desperation. It was desperation. I was doing a lot of small roles and couldn’t break into the higher echelon. I thought, if you won’t give me a great part, I’ll write one myself and show you how good I am. I’ll make my own story, and make you listen to me.

EDGE: Your next role after A Bronx Tale was Cheech in Bullets Over Broadway. You played a mob heavy with a genius for writing dialogue…and were nominated for an Academy Award. Was that character in the original script, or did it evolve after you got the part? 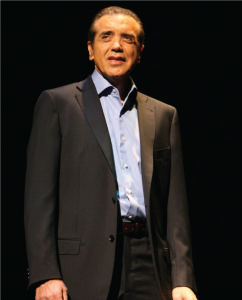 CP: Woody Allen always tells people, “When I found Chazz Palminteri, he was born to play the part.” It was written that way. When I first read it I was like “Holy smokes, this is amazing!” I couldn’t get over it.

EDGE: After these two films, how did life change for Chazz Palminteri?

CP: Oh God! More money! Much more money! And more opportunities, oh yeah! I exploded out of the box!

EDGE: Of the 50-plus films you’ve done since then, which ones should I go back and watch again to see you in a really interesting performance?

CP: Okay, let’s see, Hurlyburly is one. A Guide to Recognize Your Saints is one definitely. And I would say Mighty Fine, the one I just did with Andie McDowell, is a great one. Mulholland Falls is another one.

EDGE: You have a recurring role as Shorty on the hit series Modern Family.

CP: Modern Family is a great show, I love the people. They write me in as often as they can and I return. They’re like family, I truly enjoy working with the cast. I play Jay’s longtime best friend. It is just hilarious, a great show.

EDGE: Okay now to the serious stuff. The Yankees. What happened in the playoffs?

CP: Well, you know, they just didn’t win. It’s that simple. We won 97 games during the regular season. I never liked five games as a playoff format. I think everything should be seven games. That’s how you can tell who the best team is.

EDGE: You are playing Babe Ruth in the new movie Henry & Me. How great was that?

CP: That was great. Anything to do with the Yankees is not bad. I have always loved sports. My father used to take me to the games at Yankee Stadium. I loved Mickey Mantle back in those days and collected his baseball cards. I love the Giants, the Rangers.

EDGE: I read that John Franco was one of the producers of Henry & Me. Were you okay working for a Met?

EDGE: So when is the long-awaited Chazz Palminteri autobiography coming out?

CP: I write screenplays and I write plays, but not a book yet. It’s just not time. I get my point of view out in my movies or my plays. My new four-character play, Human, should be out in 2012. I’m very excited about that. Maybe when I have more time and I’m older, I’ll sit down and write a book about my life.

EDGE: You are performing A Bronx Tale at the Mirage in Las Vegas this March. This past summer, you had a nice run in Atlantic City. Having performed this play in various places, have you noticed any regional differences in the way you relate to the audience—or the way they relate to you?

CP: I thought I was going to see that. But it’s the same thing everywhere. No difference from region to region. I can’t explain it. What I find flattering and a little strange, though, is how certain lines from A Bronx Tale have seeped into the dialogue and culture.

CP: Once, I got on a plane, and as soon as the door closed, the pilot said, “Well, ladies and gentlemen, now you’se can’t leave.”

EDGE: Sonny’s line from the scene where the wiseguys lock the door at the bar and work over the bikers!