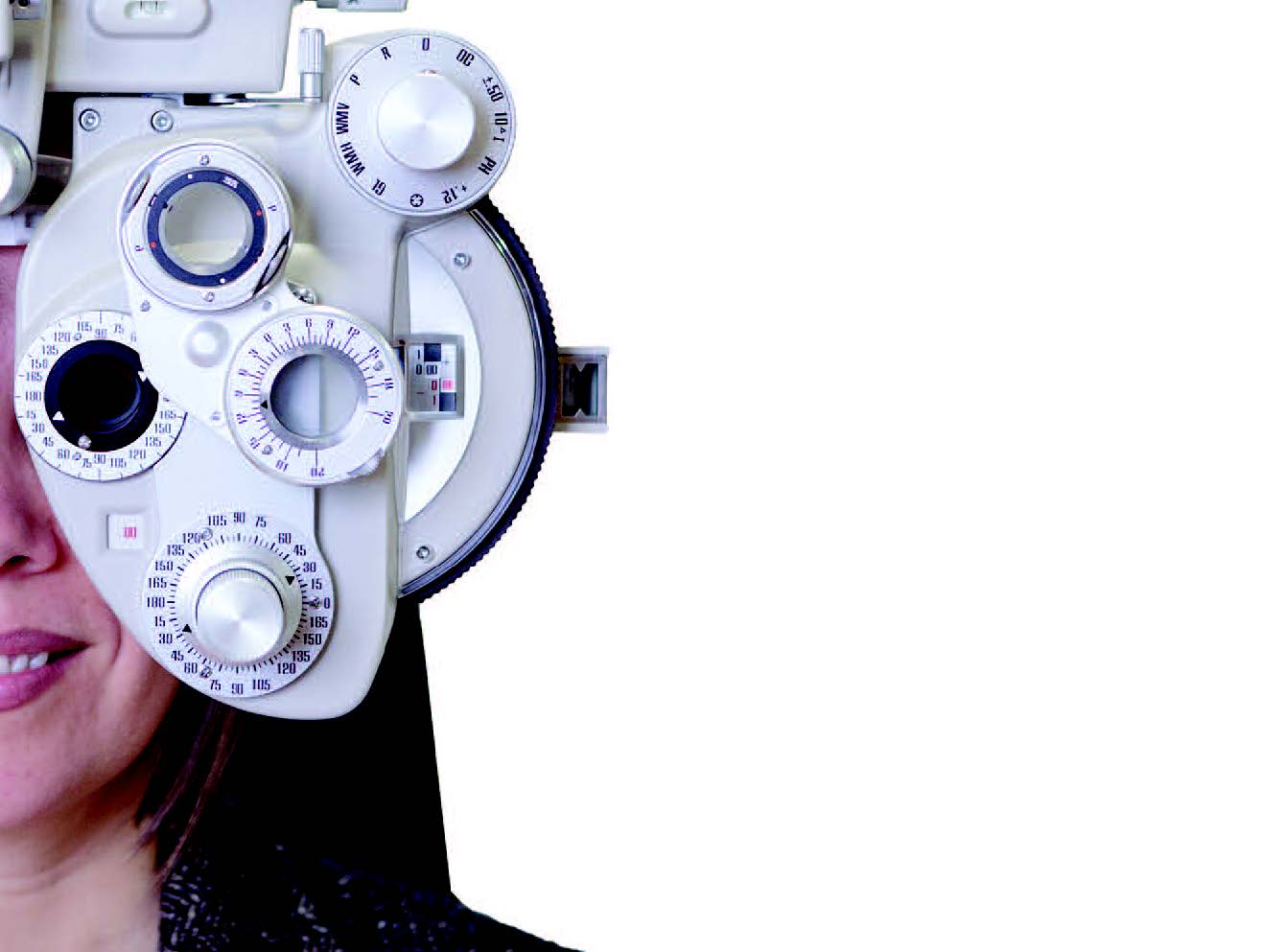 Presbyopia…Don’t have it? Just wait.

Evolution and genetics have blessed a little more than half of our population with excellent distance and reading vision. Unfortunately, the human eye is not built for the long haul. As we age, our lenses get a little harder and the muscles that help us focus on near objects become a bit less dependable. Around 40 years old, even people with “perfect” vision (or surgically corrected vision) begin to notice that they don’t see up-close as well as they used to.

Welcome to the world of presbyopia…the only afﬂiction that affects every eyeball on earth.

“For people who’ve always had good vision, presbyopia kind of comes as a shock and disappointment,” says Dr. Joel Conﬁno, co-founder of The Eye Care & Surgery Center, a three-ofﬁce practice in Central New Jersey. “Their eyes have always performed. They don’t think it’s going to happen to them. Now they need more light or have to hold things further away. They come into the ofﬁce and say, ‘My eyes have gone bad!’ I’m still surprised by how many people are surprised by it.”

According to Dr. Conﬁno, who was the ﬁrst in the area to offer laser surgery back in 1995—and whose practice treats the entire range of eye diseases—presbyopia also affects people who wear contact lenses, and people who underwent LASIK surgery in their 20s or 30s.

To the layperson, presbyopia sounds a lot more serious than it actually is. Where does the term come from? 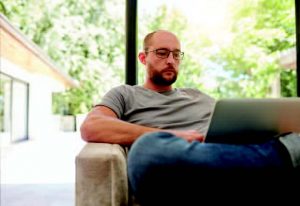 “It’s actually derived from the Greek word for older person, presbys, and ops, the word for sight,” explains Dr. Jaime Santamaria of the Santamaria Eye Center in Edison. “So it translates roughly to ‘the way an older person sees.’ Interestingly, the word Presbyterian shares the same root. A presbyter was a name for an older minister in the Greek Orthodox Church.”

The simple ﬁx for people with otherwise good vision is a pair of reading glasses. For current glasses-wearers, the solution is often a pair of bifocals. Often, there is a natural resistance to both, Dr. Santamaria points out.

If you’ve never worn glasses, the thought of being tethered to a cheap pair of CVS readers may be unacceptable. If glasses are already a part of your life, the idea of switching to bifocals may be your personal line in the sand where aging is concerned. And that’s totally understandable. Ben Franklin, the man who invented them, took his off to pose for the $100 bill.

Refractive surgery has been a viable option to correct presbyopia for more than two decades, and has gone through signiﬁcant improvement over that time. In most cases it is a better option than LASIK, especially for patients over 40. Refractive procedures replace the eye’s crystalline lens with an intraocular lens, similar to what happens in a cataract operation. In some cases, patients who undergo these surgeries see better than they ever did. Unfortunately, this type of procedure is not typically covered by insurance.

A relatively recent option for people who have never experienced vision problems, or who have undergone Lasik, is the KAMRA inlay, which was approved by the FDA about a year ago. It restores the eye’s ability to read without detracting from distance vision. 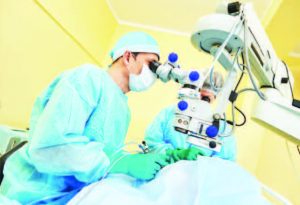 “It is an implant in the cornea,” Dr. Conﬁno explains, “smaller and thinner than a contact lens. It restores reading power by creating a ‘pinhole effect’ that gives great depth of focus in one eye—much the way a camera’s aperture does, or what happens when you squint to see something more clearly.”

Although new in the U.S., the procedure has been used in Europe and Asia for a decade. During that time, both the device and the surgical procedure used to implant it have improved and, in the year it has been available here, both have continued to evolve, says Dr. Conﬁno, who offers KAMRA in his practice. He says the quality and results are consistent with the other procedures his group does.

Both Dr. Santamaria and Dr. Conﬁno stress that presbyopia is not a disease, and therefore there should be no fear on the part of patients in being diagnosed.

Editor’s Note: Dr. Conﬁno is a Yale University graduate who studied medicine at the Albert Einstein School of Medicine in New York. Dr. Santamaria trained at Columbia Medical School and is on the faculty of Columbia’s Harkness Eye Institute.