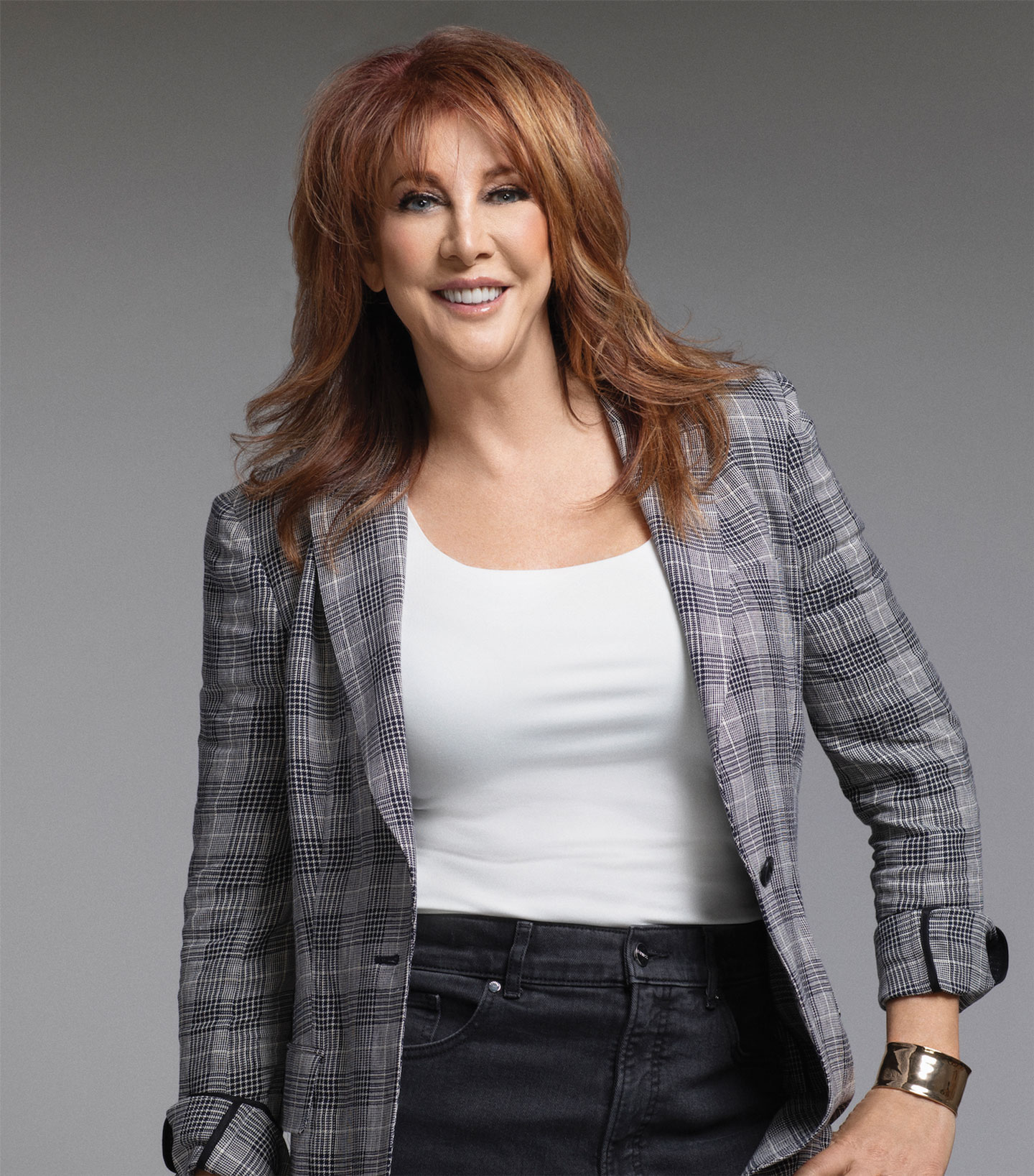 This year marks an impressive milestone for the WNBA. When the league began its inaugural season in 1997, what did you feel was the best-case scenario?

I felt like the WNBA would be fantastic. It had the backing of the commissioner, David Stern, who had been working on it since 1984. I really admire him for that. He was very, very serious about this opportunity for women and had already talked to the owners and had people in place, with a game plan of what the WNBA would look like. I remember him asking me to come into his office in New York. He closed the door and said, “Nancy, before I am done being commissioner of the NBA, there will be a W one day.” I was like, “Excuse me, what are you talking about?” He said, “My only hope is that you will still be around to play in it.”

And at 39 you were, in that first season.

Those first two or three years, it was a dream playing in front of 10,000, 15,000, 18,000 people in sold-out arenas. The hype, the backing of the NBA guys who were so excited to see the league happen and flourish—and the fans! You can’t give enough credit to the fans for buying tickets and believing in women and what we were trying to do. We’re playing in major arenas on network TV. It was a beautiful thing. The men didn’t have that when the NBA started. I knew you needed long-term sustainability to have success, so you needed money and bandwidth. The only ones who could really deliver that was the NBA…and it did.

Not a lot of fans are aware that you also played in the first Olympic women’s tournament, in Montreal in 1976.

I feel very, very lucky to have been young enough—but also old enough—to be a part of both. I was a high school senior and missed my graduation to go to the ’76 Olympics. But first we had to qualify. No one thought we were going to make it, so we ended up winning the qualifying tournament in Rochester…and there was no budget! Billie Moore, the Olympic coach, and Bill Wall, the head of USA Basketball, put our travel on their credit cards. How about that! Pat Summitt, Lucy Harris and Ann Meyers were among my teammates. It was fantastic. We were in the locker room getting ready to play for the silver medal and Billie Moore looked at us and said, “Ladies, tonight we go out there and we play. It will change the course of women’s basketball for the next 25 years.”
And you were how old?

I had just turned 18 at the games. I’m sitting there going 25 years?! I can’t remember what I did yesterday or what I have to do tomorrow. She had such a handle on history, on where the game would be and where it would take us. And she was absolutely spot-on…it did impact women’s basketball on every level. Now I’m just proud to be part of basketball. I’m humbled. I’m an athlete from the ’80s and it’s 2021 and I’m still relevant, coaching the Big 3 for Ice Cube, and doing TV for the Oklahoma City Thunder. I’m really happy. I love being around this game.
Editor’s Note: This Q&A was conducted by Chuka Erike. He spent an additional five minutes with Nancy, who shared her thoughts on playing with guys, the meaning of greatness and some words of wisdom she received as a teenager from Muhammad Ali.

If you could go back and talk to the teenage Nancy at Rockaway High, what would you tell her?

Never stop working, wanting or dreaming. Everything is possible. All you have to do is prepare and play hard.

At what point did you realize you would be living a life in basketball?

You know, I needed sports more than sports needed me. Everybody has their path and situations that go on, good and bad, and mine was a little difficult in terms of my home life. So I fell in love with a game that brought me a lot of joy and confidence. It helped build my self-esteem and the people I met, my lifelong friends, came through sports. Every kid should play sports for the right reasons: They are with their friends, they are having fun, and they get to compete and repeat. It becomes such a fun time in your life. As I look back now, I say to myself, “Wow, I got to have fun.” I played AAU, I played in all those different tournaments, then to be able to be on that USA team and play with some of the best women in the world, Hall of Famers, and finally become a professional. How could I ever look back on my career and not have gratitude and not have just tremendous love and amazement? People would love to have my career, our career—Ann Meyers, Lynette Woodard, Cheryl Miller and all my teammates on the 1975-76  Pan-Am/Olympic team. We really opened the door for the generations that came after us, which is the amazing part because you play in the now, but you want to have an effect on what goes on in the future. And we did that.

It depends what you perceive as pressure. I don’t have that thought in my brain. I don’t think about pressure, I think about privilege. It’s a privilege to play in a championship game. It’s a privilege to play or coach in the NBA or the BIG 3. It’s a privilege to win two college championships at Old Dominion. I don’t get scared…I respect everybody, but I fear nobody. That’s what Muhammad Ali taught me when I was 19 years old. It was one of the first things he said to me—and I sure do appreciate everything that he imparted to me in my life for over 40 years. I often think about all the people I have had the opportunity to meet, to mentor, enjoy and to win with, these lifelong friendships with men and women in sports, in business. It’s crazy. And then to be in an airport and people come up to you. Yesterday, I was leaving West Palm, because I was visiting my mother, who is 91 and I hadn’t seen her in about a year and a half because of COVID. These guys wanted to talk to me and one wanted me to sign something for his 8-year-old daughter. To know that you’ve done something right for the right reasons is very fulfilling and is actually a blessing.

Speaking from your standpoint as one of the greats of the game, do you have a sense of what elevates certain athletes to the top of their sport?

The mind. What Kobe Bryant called the “mamba mentality.” Jordan had it, Muhammad Ali had it, I have it. A lot of people are great, a lot of people are Hall of Famers, and then there’s that next level up. If you were a game-changer, well, that’s special. I had to break the rules for this generation to have what they have—people were racist, people were bullies and people were condescending. I am who I say I am…you don’t get to tell me who I am.

Could you have imagined all the twists and turns in your basketball odyssey?

No, I could not have. I have had to be resourceful. I was not as fortunate as Sue Bird, Tina Thompson, or some of these kids who had long careers in the WNBA. I didn’t have that opportunity. I did anything and everything I could to play. I played for the Lakers in the Summer Pro League, and two years in the USBL, getting waxed by guys who were NBA level.  But I had IQ, I had skill and I had will and I wasn’t afraid. I played for the Utah Jazz in ’86  with Frank Layden, then I ended up crossing over to the G-League and coaching for Donnie Nelson, the Mavericks president, and worked my way up into the front office. I had to do things. I had to be nimble. I had to be flexible. Tamika Catchings—she’s like my sister, the Hall of Famer—she played all those years in the WNBA and then when she retired they reward her with a front office job with the Indiana Pacers. Now she is running the Indiana Fever WNBA team. I didn’t have that. My road was different, but no less impactful. It actually made me bigger and better, expanded my mind and my thinking. And I have met so many wonderful people that championed me, so I’m really good with my path.

Editor’s Note: This Q&A was conducted by Chuka Erike, who has spent a decade working in the basketball and tennis industries. In January 2016 he was honored by the NBA with the Community Assist Award. Chuka is currently working on a children’s book on athletes and their pets—written from the perspective of the pets!