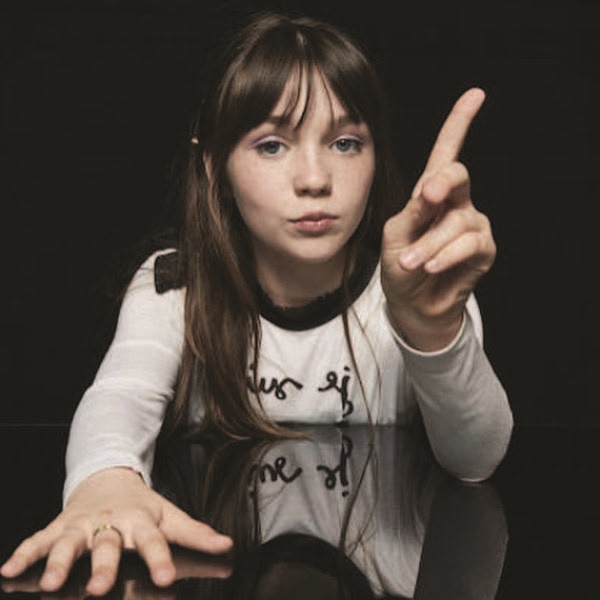 At only 10 years old, Alexa Swinton has become the talk of the 2019–20 TV season.  You’ve seen her in Showtime’s Billions and on The Tonight Show and Saturday Night Live, but she has earned her ﬁrst starring role in the ABC sci-ﬁ drama Emergence. Alexa more than holds her own with screen veterans Allison (Fargo) Tolman, Clarence (Shawshank Redemption) Brown and Donald (Scrubs) Faison. A longtime (relatively speaking) New Jersey resident, she shot the ﬁrst season of Emergence right here in the Garden State. Veteran EDGE interviewer Gerry Strauss found her to be full of surprises. 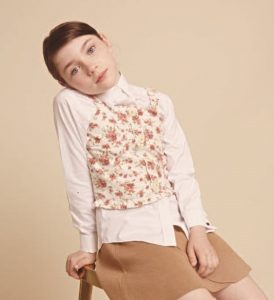 EDGE: Is this the ﬁrst you’ve heard of Edge Magazine?

AS: It’s really funny because I’m actually in love with this magazine. I’ve been going to this place called Karma Organics Spa in Ridgewood since I  can remember. They have Edge Magazine there, so that’s what I’ve grown up reading.

EDGE: When you ﬁrst started preparing for your role in Emergence, how did they describe the character of Piper to you?

AS: Oh, wow. They described Piper as this mysterious girl who’s sweet and doesn’t remember anything about herself. I was very intrigued by just that.

EDGE: You handle this role impressively. Do you think you would have been comfortable working on a show this terrifying a year or two ago?

AS: I feel like I could’ve deﬁnitely handled it because I would’ve worked just as hard. It would’ve been a tiny bit harder for me, but obviously I would’ve still enjoyed it and still worked on it. 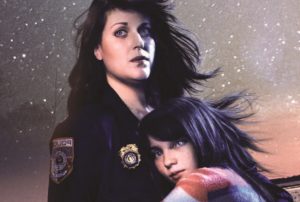 EDGE: Before you started working on the show, did you know anything about co-star Allison Tolman?

AS: I’d heard of Good Girls actually, because my class watched it, and they were like, “Oh my God! Isn’t that the person who played that evil character on it?” And I was like, “I don’t know.” Then I realized that it was, and I was like “Oh God, you guys talk about her all the time.”

EDGE: Has she given you any advice, or helped you? Are you friendly behind the scenes?

AS: Yes,  it’s a close family, it’s a really great set family. I feel like we really lucked out, because some sets don’t love each other the way I feel like our relationship is. Allison always says be nice to the crew, because you are one of them and they are one of you. She’s just the best and nicest person you’ll ever meet.

EDGE: Who would you say is the funniest person that you have acted with so far?

AS: My mom! She’s an actress, writer and stand-up comedian and we are collaborating now on a ﬁlm based on her immigration at age 9 from the Soviet Union to New Jersey in the 80’s. I play my mom. We are also working on a book series about a fourth-grader named Skylie—based on me and my siblings and friends—who lives in New Jersey. So all New Jersey-focused projects.

EDGE: What about on Emergence? In this family that you work with, who’s the comedian there?

AS: I think that they’re all really funny, I feel like role- wise though, I think that Clancy Brown takes it, only because his role has been the funniest. But I feel Donald Faison comes in second for Murray on Clueless, and Turk on Scrubs. And then, Allison comes third because I’ve not watched Downward Dog, the only comedy she’s done that I’ve heard of. 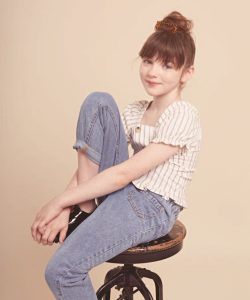 EDGE: If you could do a voice for a character on TV, which show would you like to be on?

AS: SpongeBob. If there’s ever a recreation of it, I’d deﬁnitely love to be a SpongeBob character. I feel like Sandy would deﬁnitely be number one on my list. I would also love to be in The Good Place. It’s the best show ever. It’s really funny, and I just think that I’d love to be on there.

EDGE: Do you have any actors who you hope you will get to meet and work with someday?

AS: I deﬁnitely really want to work with the whole cast of Friends. They’re really just amazing people, and I feel like they really have done so much work that I really feel is great. But I’d also love to work with Jerry Seinfeld. He’s really funny.

EDGE: What’s the best movie that you’ve seen in the last year or so?

AS: Ready Player One. It was the best movie ever I think because it really shows the way that the world could be, everyone addicted to this one thing.

EDGE: What are some of your favorite things to do when you aren’t working?

AS: I love the malls, especially Garden State Plaza, which is like a whole city. We love the movie theater and the shoes at Nordstrom during their sale. I also love bicycling in the bike path along Saddle River Park, from Paramus to Glen Rock to Ridgewood.

EDGE: Are you more of a New Yorker or a Jersey Girl?

AS: I was born in New York and do have a special love for it, as well. I mean I have been auditioning in the city since I was three, and I have many favorite places and neighborhoods there. But I am proudly a Jersey Girl!