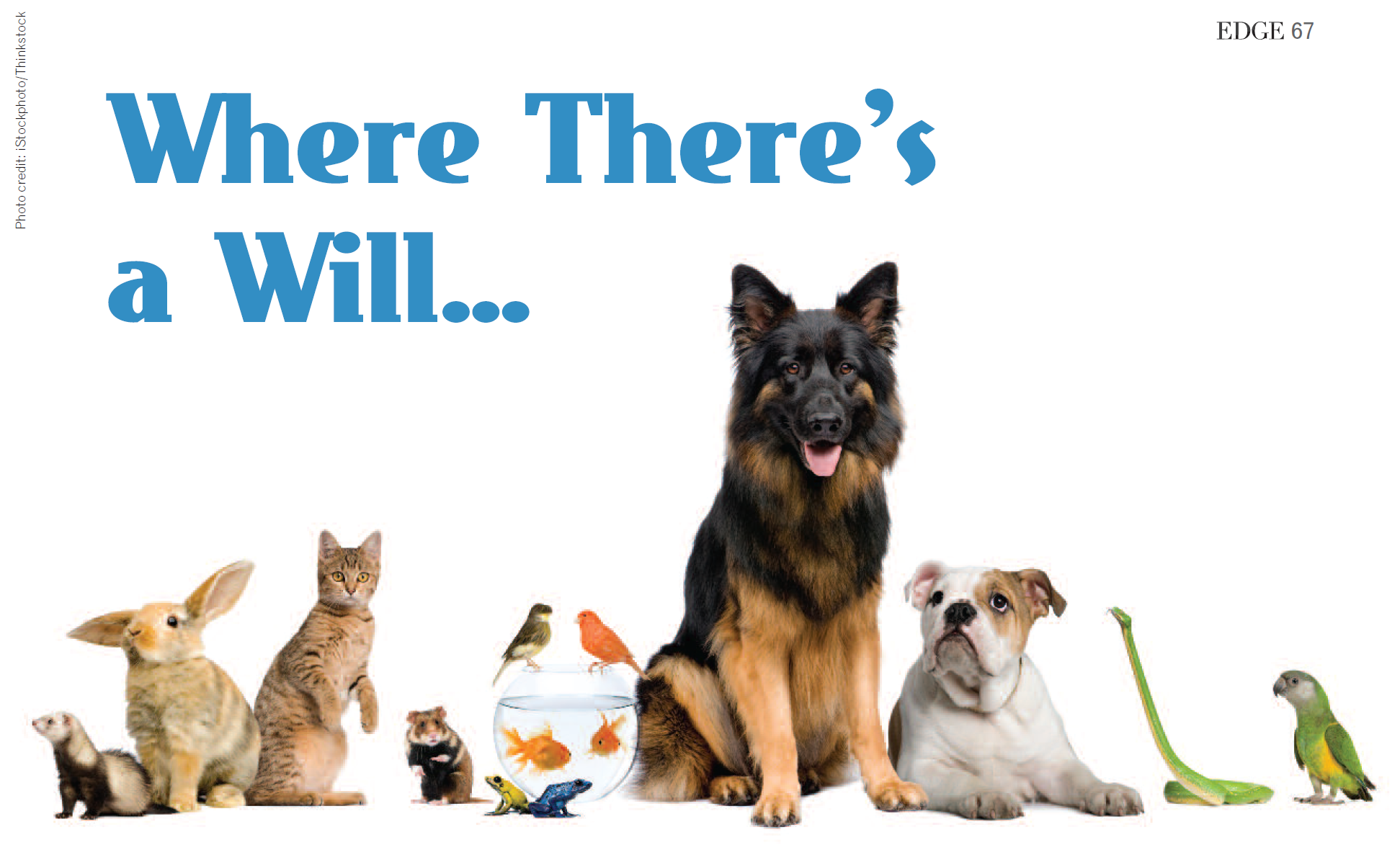 Where There’s a Will -

…there’s not necessarily a way when it comes to estate planning for pets. 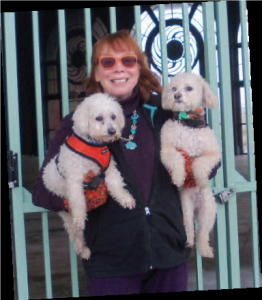 Trouble, they say, comes in all shapes and sizes. When Leona Helmsley passed away, Trouble came with a $12 million price tag. That was what Helmsley bequeathed to Trouble, her cherished Maltese. Leona’s grandchildren convinced a judge to slash that figure to $2 million, but Trouble still managed to live out his dog days in the lap of luxury at that bargain-basement price. Nothing, it seems, ruffles the feathers of one’s heirs quite like money diverted to pet care. The amount of media play the Helmsley case received only underscored this point. Not surprisingly, the result was a surge in pet estate planning. New Jersey attorney Rachel Hirschfeld happens to be an authority on the subject. She was one of the first attorneys in the country to focus on what is now known as Animal Law. “I have done contracts for dogs, cats, birds, iguanas, snakes, ferrets and other exotic pets, and I have done contracts for whole African Safaris and Cat Colonies,” she says.

Hirschfeld even does estate contracts for horses, though she says these can get tricky due to their expensive care and their space problems. Hirschfeld moved the focus of her estate-planning practice in the direction of pet trusts and pet protection agreements about seven years ago, and now offers both counseling and document preparation to help pet owners protect their four-legged loved ones. She writes up some 200 agreements and trusts a month. Hirschfeld has appeared on numerous television programs, including ABC Nightline and The Today Show. She is also regularly quoted in media outlets ranging from The Wall Street Journal to Fox News to The New Yorker. Hirschfeld’s book (Petriarch: The Complete Guide to Financial and Legal Planning for Pet’s Continued Care) was published in April 2010 and sales remain robust two years later.

Donald Trump called it a “terrific guide.” Hirschfeld’s mission is to ensure that every pet finds a loving home and is guaranteed a secure future. That commitment began around the time she lost her beloved dog, Soupbone, in 2005. A decade earlier, she had saved the two-year-old mixed-breed from being euthanized. “He changed me,” a wistful Hirschfeld recalls. “He was funny and so smart. We talked to each other and he never left my side. He was just so human.” While mourning Soupbone’s demise, Hirschfeld began wondering what might have happened had the tables been turned? Who would take care of her pets if she were no longer around? This dilemma led her to what she describes as her most important life’s work.

She has created the Pet Protection Agreement and the Hirschfeld Trust, both legally binding protection contracts for a pet’s continued care. Although some attorneys think that including provisions or directions in a will for a pet’s care will suffice, Hirschfeld stresses that intentions in a will do not have to be followed, and can be negated by probate of a court. In fact, she advises that more than one guardian be named in a trust to prevent misappropriation of funds or other abuses. “By naming several guardians, a close eye can be kept on how directed monies are spent,” she says, adding that a pet protection agreement or a pet trust is the “ultimate love letter to beloved pets.” The difficult part of the process for pet owners is the emotional one. “Most clients worry that whoever they appoint as guardian won’t love their pet the same way they do,” she explains. “I had one woman who wanted to name her husband as guardian to her much-loved pet, but he refused. The distraught woman soon found a horde of people willing to take on the responsibility, including her close circle of girlfriends, the owner of the corner store she frequented, and her doorman. Her husband oversaw the funds, and the care was in the hands of a whole community of people who loved both the woman and her pet.” A mother of three and grandmother to five, Hirschfeld adds that she loves people, but all animals hold a special place in heart. With a dog at her feet, another at her side, and a cat curled up nearby (all are rescues) she speaks about her work with great conviction and fervor. “I aim to make every animal’s life better,” she says.

Editor’s Note: Rachel Hirschfeld is pictured above with Swizzle and Adam, both rescue dogs. She has been working with Asbury Park Mayor Ed Johnson and Councilwoman Sue Henderson to create a year-round area where dogs (and their owners) can socialize. The Pet Protection Agreement, once the province of the rich and famous, is now affordable and can be completed online—without a lawyer—for as little as $39. A Pet Trust Agreement is a bit more involved, and like all trusts, requires funds. To get your paws on more information, log on to pettrustlawyer.com.