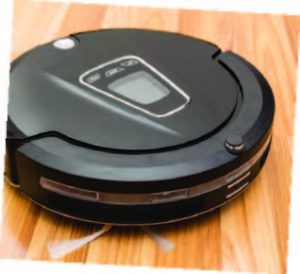 Be Kind to Your Roomba

One day, perhaps sooner than you think, robots will be playing important roles in our everyday lives. In anticipation of that day, researchers at Japan’s Toyohashi University of Technology initiated a study of how we are likely to interact with humanoid robots. What they found for the ﬁrst time is neurophysiological evidence that humans are capable of empathizing with robots. When the study group watched humans and robots experiencing pain, they empathized with both in similar ways…only not as deeply with the robots. Researchers accounted for the difference by speculating that humans are unable to see things from a robot’s perspective. The study will help develop human-friendly robots for which we’ll feel more sympathy and be more comfortable with. Rodger Goddard, PhD, Chief Psychologist and Director of Wellness Services at Trinitas

, is not surprised that people feel concern and care for robots. “Many of us already have a personal relationship to our cars, computers and other precious possessions,” he says. “We feel the pain when our car gets dented, bruised, or is in an accident. Our children are comforted by, and connected to, their teddy bears, toys and action ﬁgures. And movies already show us how we can sympathize with the feelings of an R2D2 robot.” Besides, such connections are hardwired in the human psyche, Dr. Goddard explains. Primitive people have always ascribed human emotion and intelligence to the things in their surrounding world.  We now talk to Siri, OK Google, Amazon Echo and our car’s GPS—proof that our gadgets are very responsive to our questions and needs. Meanwhile, Facebook sharing has already replaced much of what would have been face-to-face interactions. “People who lived 50 to 100 years ago would not have been able to imagine the technologically connected world we live in today,” he continues. ““We also cannot imagine how our world will look—and how much more we will be connected to our machines—50 to 100 years from now.” 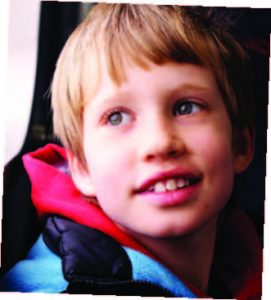 If you look only at the recently released statistics from the CDC and National Center for Health Statistics (NCHS), you’d think that a tidal wave of autism hit the United States in 2014. Indeed, the prevalence of autism in children 3–17 jumped 80 percent in one year. The story behind the numbers? According to epidemiologist Benjamin Zablotsky of the NCHS, in previous years many parents of children diagnosed with autism spectrum disorder reported it as a developmental disability instead of (or in addition to) autism because “developmental disability” was listed ﬁrst. The 2014 questionnaire ﬂipped the two categories. The silver lining of this story, of course, is that more children will receive help earlier. And the earlier they have access to care, services and treatment, the more likely they are to progress.

Carole Soricelli, Director of Trinitas Children’s Therapy Services (TCTS) in Springﬁeld, can attest to that. “Our occupational, physical and speech-language therapists work with many children diagnosed with Autism Spectrum Disorder (ASD) in schools and in our Therapy Center,” she says. “In recent years, more and more self-contained classrooms accommodate the many individualized needs of the ASD population by providing smaller adult-to-student ratios, classroom environments that facilitate optimal learning for students that have a variety of sensory processing considerations, and related services support. Most curriculums have moved toward a Universal Design for Learning (UDL) model to improve and optimize teaching and learning for all people, based on scientiﬁc insights into how humans learn. The result is a learning environment characterized by ﬂexible goals, methods, materials, and assessments that empower educators to meet the varied needs of all students.” 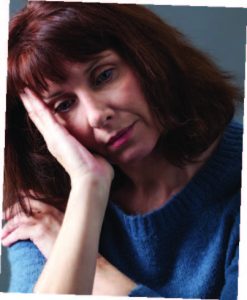 A recent study published in the American Journal of Psychiatry has cast a shadow on the long-held belief that the best way to ﬁght the winter blues is with light. Light therapy used to treat seasonal affective disorder (SAD) has proved to be effective, especially in acute cases. However, a new type of cognitive behavioral therapy designed for SAD sufferers was found in the study to be signiﬁcantly better when it came to preventing relapses. Forty-six percent of subjects receiving light therapy experienced a recurrence of depression two winters later as compared to 27 percent who received the cognitive behavioral therapy. The depressive symptoms were also more severe in the light therapy group. About 14 million Americans suffer from SAD. 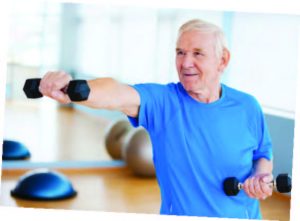 Older adults who make an effort to exercise daily stand an excellent chance of delaying cognitive decline and prolonging their independence. A study at Boston University, published in the Journal of the International Neuropsychological Society, compared a group of young adults and older adults who engaged in rigorous physical activity and then took memory, planning and problem-solving tests. The study found that members of the older group (ages 55–82) who took  more steps (and more vigorous steps) performed better on these tests—particularly one that involved recalling which name went with a person’s face. This result is exciting because it suggests that physical activity will extend long-term memory, which is the type of memory that is negatively impacted by aging.

Jim Dunleavy, PT DPT MS, Doctor of Physical Therapy and Director, Rehabilitation Services, notes that, “while rigorous activity is the level cited in this study, we have seen improvement in patients even with sub-maximal exercise/activity. If a person is sedentary, just starting a walking program can make big changes in physical and mental wellbeing.” 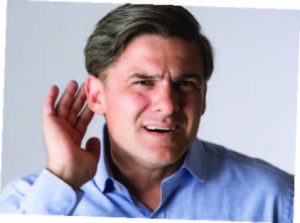 Can You Hear Me Now?

Can hearing loss make you dumber? No, not exactly. However, people with a hearing impairment who choose not to wear a hearing aid, may be devoting way too much of their cognitive resources in order to ﬁgure out what others are saying. A report issued by the University of Texas at El Paso (UTEP) maintains that untreated hearing loss can lead to serious emotional and social issues, reduced job performance and a diminished quality of life. And also interfere with cognitive abilities. This is particularly important for the 10 million Americans between the ages of 46 and 64 suffering from hearing loss—80 percent of whom do not use a hearing aid. The UTEP study looked at subjects in their 50s and 60s who had never worn hearing aids. After only two weeks of use, they did better recalling words in working memory and selective attention tests, and improved the processing speed at which they responded. 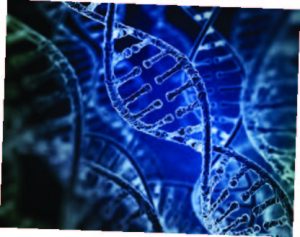 Is There Really A ‘Fat’ Gene?

According to the National Institutes of Health, there is. NIH researchers announced this fall that they believe a single variation in the gene for brain-derived neurotropic factor (BDNF) may inﬂuence obesity, both in adults and children. Dr. Jack A. Yanovski, an investigator at NIH’s Eunice Kennedy Shriver National Institute of Child Health and Human Development, notes that this less-common version may predispose people to obesity by producing lower levels of BDNF protein, which is a regulator of appetite. “The BDNF gene has previously been linked to obesity, and scientists have been working for several years to understand how changes in this particular gene may predispose people to obesity,” says Yanovski. Rather than being a rare mutation, the less common variation of BDNF actually occurs in the general population and that’s an important fact.  So, is there any way we can increase BDNF level in the body?

Dr. Yelena Samofalov, Trinitas Pediatric Center, believes so.  “Previously, it was thought that only vigorous exercise could stimulate production of this less-common version of BDNF,” she explains. “However, recent research shows that simple walking or doing light housework or yardwork can present beneﬁts of not only staying ﬁt, but increasing synthesis of BDNF in the brain.”  Dr. Samofalov and Dr. Yanovski concur that boosting BDNF protein levels could offer help to people with the gene variation—which tends to occur with greater frequency in Hispanics and African Americans than in Caucasians. 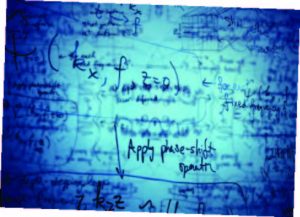 University of Chicago bioengineers have developed a mathematical algorithm that can sense what the human body “wants” to do in everyday situations. They believe it is that help people overcome obstacles and disturbances—from cars that steer out of icy skids to prosthetics that help stroke patients complete simple tasks smoothly. “If you know how someone is moving and what the disturbance is, you can tell the underlying intent,” explains Justin Horowitz, who authored the study, who adds that machines programmed with these algorithms could react and correct in a fraction of the time it takes average humans—who sometime freeze and don’t react at all.