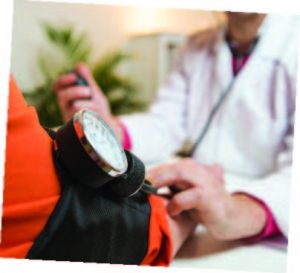 The Hidden Costs of Strokes

A recent study in England by the Stroke Association echoes what researchers here in the U.S. have been saying for years: Unless we change our eating, smoking and exercising habits—and manage blood pressure better—the number of ﬁrst-time stroke victims will rise 50 to 60 percent over the next 20 years. And with more people surviving strokes, the “cost” of strokes to the economy could easily triple. High blood pressure is the number-one cause of strokes, and is also the most preventable cause. Yet by some estimates, four in ten people with high blood pressure may not be receiving appropriate treatment to manage the condition. And countless millions are unaware they have high blood pressure at all. What are the signs to look for to determine if you or a loved one are experiencing a stroke? “If a person notices any sudden onset of neurological symptoms that include numbness, difﬁculty walking, confusion, slurred speech or difﬁculty speaking, then 911 should be contacted immediately,” says  Dr. Nancy Gadallah,

a neurology specialist at Trinitas. “There is treatment for strokes, but it is time-sensitive.” Dr. Gadallah suggests visiting stroke.org for more information. 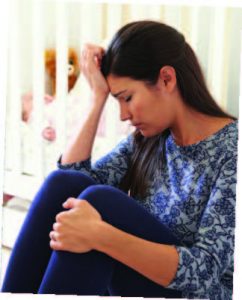 Recently, Ivanka Trump revealed that she suffered bouts of postpartum depression after each of her three children were born. This triggered helpful and informative public discourse on the tangle of emotions that impacts roughly one in nine women in the U.S. Psychological issues are not the only thing new mothers need to be aware of, says

Dr. Abu Alam, Chair of Trinitas’ OB/GYN Department. “After giving birth, it is normal to experience some fatigue and soreness, but there are warning signs that may require additional medical care,” he says. “These include heavy bleeding, high fevers, elevated blood pressures, discharge and pain from any incision sites, pain when going to the bathroom, severe abdominal pain with vomiting, swelling in your legs, and feeling sadness for more than 10 days following delivery.” In these cases, it is vital that you contact your physician, he adds, and not be timid about dialing 911 in an emergency—for you and your baby. 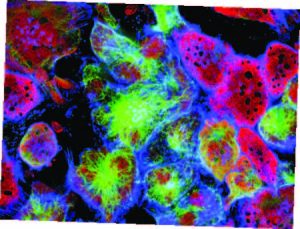 Does Zika have a silver lining? According to the Journal of Experimental Medicine, the mosquito-borne virus has shown an ability to selectively infect and kill cancerous cells in adult brains. A team of researchers from the medical schools at Washington University and UC–San Diego injected Zika into mice with aggressive cancers, such as glioblastoma, and were stunned to ﬁnd that it shrank tumors while leaving other brain cells untouched. Similar experiments on donated human brains appeared to have the same results. This could lead to a game-changing treatment for diffuse brain cancers, which make it difﬁcult to determine where cancer ends and healthy tissue begins—and which don’t always respond to chemo, radiation or surgery. 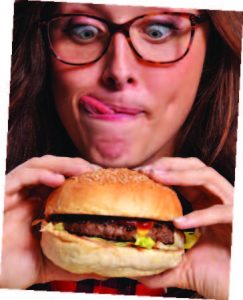 Could Obesity be a Mental Illness?

A study completed last summer at Children’s Hospital in Los Angeles has added a new wrinkle to the childhood obesity discussion. Researchers used MRIs to explore whether there is a psychological difference between overweight and lean adolescents. They found that food stimuli activated regions of the brain in both groups equally, but that kids at an increased risk for obesity had less neural activity in parts of the brain that support self-regulation and attention. In other words, the risk for obesity isn’t driven exclusively by the absence or presence of urges to eat high-calorie foods, but also by the ability to control those urges. More than half of all adolescents in the United States are either overweight or obese, and two-thirds of children of overweight parents are (or are likely to become) overweight themselves. 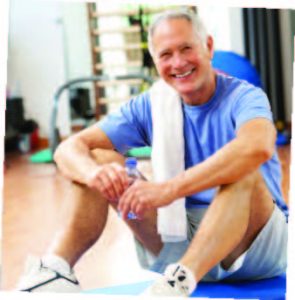 Regular workouts are among the top recommendations cardiologists give their patients. However, according to research presented at the 2017 meeting of the European Society of Cardiologists, about 5 percent of cardiac arrest cases are related to exercise. Cardiac arrest is different from a heart attack, but can often follow a heart attack. The Society recommended that gym-goers be aware of where the automated external deﬁbrillator (AED) is located. Even in the hands of an “amateur” the device is a lifesaver. Just as important, it is important to recognize the ﬁrst signs of a heart attack so that you can offer assistance or (if you are the victim) ask for help. Some very important signs and symptoms that need to be addressed right away are chest pain, unusual shortness of breath, chest tightness, unilateral leg swelling or pain, or drooping of one side of the body, according to

Dr. Vasyl Pidkaminetskiy, an Internal Medicine specialist at Trintias. “Although those are general, a person should seek medical attention if there are any unusual signs or symptoms going on with the body,” he says. “And remember—something that is atypical from the normal in an individual is nature’s way of telling a person that something may be wrong and further evaluation is needed.” 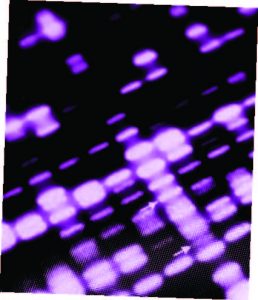 A study published in PLoS Biology looked at the DNA of 215,000 individuals of European descent and offered the following answer: Yes. The genetic research looked for evidence of “evolution” over one or two generations by focusing on 8 million common mutations. They found evidence that life-shortening genes related to heart disease, Alzheimer’s and a predisposition to heavy smoking are being “weeded out,” presumably by some agent of natural selection. The researchers also noticed a trade-off between fertility and longevity that had been previously observed in animals but never in humans. A recommendation in late-September from the U.S. Preventative Services Task Force got the attention of a lot of current and former smokers. The group is urging individuals ages 55 to 80 who are current pack-a-day smokers (or who quit within the last 15 years) to have an annual Low-Dose CT scan. Lung cancer can present several different symptoms, points out

Dr. Clarissa Henson, Chair, Radiation Oncology at Trinitas. “If you are suffering from a chronic cough, shortness of breath, weight loss and fatigue, these could be signs of an underlying lung cancer. Lung cancer is often rapidly growing and can present with metastasis to the bone or brain and often can present with worsening bone or back pain, and even headaches, vomiting or a change in speech or mobility when the cancer has spread to the brain.” A Low-Dose CT scan can detect lung cancer at a very early and highly curable stage. Trinitas offers a new low-dose Lung Screening Program that can detect traces of cancer within seconds. For more information on this program, call (908) 994-5051.