News, views, and insights on maintaining a healthy edge. 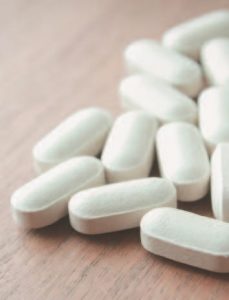 Back to the Future

for more than 20,000 deaths a year in the United States, and the CDC warns that this number is unlikely to go down until a new antibiotic comes on the scene. Is Octapepin the answer? If so, it’s a case of “back to the future,” as this drug was developed in the 1970s…and then dropped.

According to the journal Cell Chemical Biology, researchers at the University of Queensland in Australia noticed that Octapepin is similar in structure to Colistin, which is currently used as the last resort drug against antibiotic-resistant bacteria. The toughest bacteria to fight have an extra membrane to penetrate, which is camouflaged from drugs, as well as the human immune system. Because Colistin is effective against this additional layer, the hope is that Octapepin will be, too.

If so, it should replace Colistin, which can wreak havoc with the kidneys and other internal organs. Octapepin was shelved in the 1970s and’80s because so many other powerful antibiotics were hitting the market during this time. 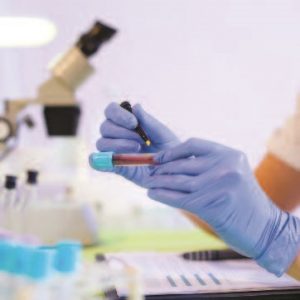 Scientists at Johns Hopkins recently announced a universal blood test that detects eight of the most common types of cancer. The test looks for trace amounts of mutated DNA and proteins that are released into the bloodstream by tumors. By identifying each type of cancer before it has time to spread, the test promises to have a major impact on the mortality rate from the disease. The most recent trial showed a 70 percent success rate in detecting cancer among study subjects. Ovarian cancer was the easiest to detect, followed by liver, stomach, esophageal, colorectal, lung and breast cancer. Although current blood tests can detect cancer, none have been able to pinpoint the type of cancer with significant accuracy.

Researchers were quick to point out that most of the cancers detected were advanced stage two or stage three, but there is hope that the test can be refined to catch the disease in its pre-symptomatic stages. 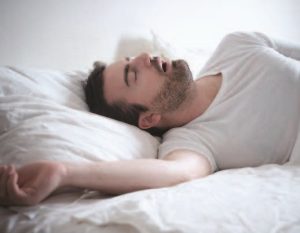 Sleep apnea, a breathing disorder that affects an estimated 1 in 15 Americans, has been getting a lot of attention lately. Even if you are one of the 14 that doesn’t suffer from this disorder, you may have noticed an increase in ads for CPAP devices, as well as louder debates about whether sleep-deprived sleep apnea sufferers should be allowed to operate trains, planes and automobiles. Sleep apnea comes in two varieties, obstructive and central. Obstructive sleep apnea, which is caused by an upper-airway blockage, is the most common and controllable. Central sleep apnea is far more dangerous. It happens when the brain and diaphragm don’t communicate, resulting in lapses in breathing. Some lapses can last a minute or more. Late last year, the FDA approved an implanted device for central sleep apnea patients that should be available sometime in 2018. Marketed under the name Remede, the neuromodulation system activates a nerve that sends signals to the diaphragm to stimulate breathing. It is one of several new products on the horizon for sleep apnea sufferers—an estimated 40 percent of whom refuse to wear a  CPAP device. 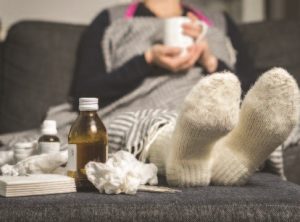 So what did we learn from the recent, and particularly bad, flu season? Stay at home. The relative ineffectiveness of this year’s vaccine (estimates range from 10 to 22 percent effectiveness)—combined with regional shortages of Tamiflu and a robust employment picture—created a perfect storm for transmission. Although most flu sufferers followed the basic medical advice to stay in bed, drink fluids and take fever reducers, many went back to work (or school) too soon. Most doctors recommend staying home an additional 24 hours after you “feel fine.” Although healthy adults and children will recover from the influenza virus, it can be deadly for those with weakened immune systems, as the virus can lead to pneumonia. The World Health Organization links between 290,000 and 650,000 fatalities each year to flu epidemics. Four in five flu deaths worldwide occur among people 65 and older. 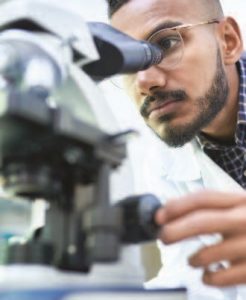 For the 1,000-plus individuals in the U.S. with a rare, inherited retinal disorder caused by a defective gene called RPE65, 2018 holds incredible promise. The rest of the medical profession is also excited, because the FDA’s approval of Luxturna marks the first time it has OK’d a “true” gene therapy treatment to reach the market. Gene therapy involves the delivery of a healthy copy of a gene to make up for one that is unhealthy. The RPE65 gene is responsible for a protein that makes light receptors in the eye. Patients that inherit a defective version of the gene suffer from retinitis pigmentosa and eventually go blind. Luxturna is injected into each eye with a single dose that uses a benign virus to deliver healthy copies of the RPE65 to the retina. Though not a cure, it has been shown to improve eyesight substantially. The bigger picture surrounding FDA approval of gene therapy is intriguing, to say the least. Because many cancers begin with a DNA defect, gene therapy (which has been under development for two-plus decades) could become a major weapon in the fight against the disease.

Warming Up to Saunas 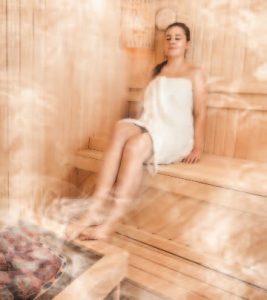 There are now more than a million saunas in the United States, including home units and those in health clubs, spas and resorts. Those who swear by saunas got some good news recently when a study out of Finland pinpointed a specific benefit for middle-aged adults at risk for heart disease. Researchers found that a 30-minute session at 160 degrees decreased blood pressure by seven points and increased arterial elasticity. Heat exposure can widen blood vessels and promote better blood flow, easing the workload for the heart. Study subjects had at least one of the three conditions: obesity, high blood pressure or high cholesterol. Saunas gained an initial foothold among Americans in the 1950s, after the Helsinki Olympics. Finnish athletes attributed their medal-winning performances to the incorporation of saunas into their training routines. 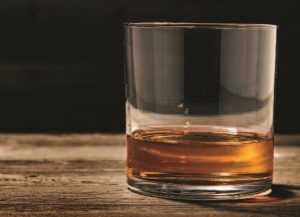 A new study from the University of Toronto has drawn some alarming conclusions about the long-term effects of heavy drinking. Researchers looked at the medical histories of a million individuals diagnosed with dementia over a five-year period and found that the strongest predictor for this condition was a previous hospitalization for issues related to alcohol consumption. More than half of early-onset dementia cases were linked to alcohol-related brain damage. Of the 5.5 million cases of Alzheimer’s dementia in the U.S., about 200,000 are considered early-onset. One in 10 Americans over the age of 65 has some form of dementia. Heavy drinking is defined as four or more drinks per day for men and three a day for women.

The Hidden Cost of Climate Change 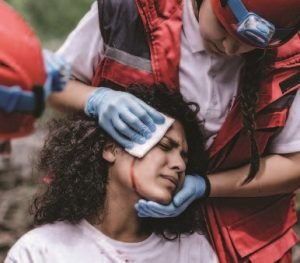 Does climate change impact health? The devastating aftermath of the 2017 hurricanes in the Gulf of Mexico and the Caribbean has focused much attention on this relationship. While the response to each disaster teaches us something new about how to deliver healthcare to stricken areas, each disaster also demonstrates how natural disasters can undermine healthcare in vulnerable parts of the world. In many places, the disasters are actually the source of public health crises. This, maintains the World Health Organization, which is the “hidden” cost of climate change. The situation is exacerbated by bureaucratic tinkering with post-disaster statistics. For instance, only 64 deaths in Puerto Rico were officially attributed to Hurricane Maria. The apocalyptic images that we saw suggest a different story. And indeed, the deaths related to a “disruption in healthcare” on the island surged well past 1,000 in the weeks that followed.