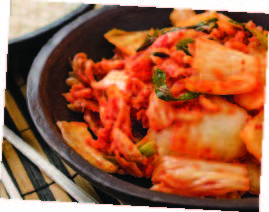 May I Take Your Order?

For many of us, the path to a healthier diet begins with those ﬁrst timid forays into new ethnic dishes. In this regard, few if any states can match New Jersey for the number of dynamic ethnic populations, density of population, and number of restaurants. Which ethnic foods are the healthiest? In most lists created by nutritionists, the “winning” countries are Greece, Viet Nam, Japan and India. Greek food makes wonderful use of dark, leafy vegetables and other heart-healthy, cancer-ﬁghting ingredients. However, a helping of spanakopita—which is something of a national dish—is only slightly healthier than a Wendy’s Baconator. Vietnamese food gets high marks for its use of water and broth for cooking instead of oil. Many of the basic ingredients in this cuisine have been used in alternative medicine for centuries. Japanese dishes (we’re not including sushi here) are also prepared in a healthy manner, including steaming and rapid wok frying. Their fruits and vegetables are remarkably high in antioxidants, vitamins and minerals. White rice and soy sauce are problematic staples for some. The aromatic spices commonly used in Indian cuisine—including cardamom, coriander, cinnamon, turmeric, ginger, cumin and various chilies—not only produce a distinctive palate, some have been shown to ward off cancer and possibly Alzheimer’s. Skip the fried appetizers on most Indian menus. Italian cuisine (which is practically its own level on the New Jersey food pyramid!) also gets high marks for its liberal use of tomatoes, olive oil, garlic, basil, oregano and parsley. Not so much for the cheese. No matter which region’s cuisine appeals to you, there is a simple way to get through the maze of food options out there, according to

Michelle Ali, RD, Director of Food and Nutrition at Trinitas. “Healthier eating and a healthier lifestyle go together like peas and carrots,” she points out. “Healthy eating means watching what you eat—especially foods that may be higher in sugar, sodium or fats.” Make it a priority to reduce portions and try to limit those foods to special occasions, she suggests, and consider walking or doing an extra 15 minutes on the treadmill to offset your dietary decisions.” 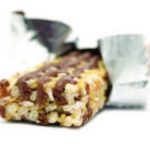 Exercise in a Wrapper

The good folks at global food giant Nestle have been working for the better part of a decade on what one might be tempted to call “exercise in a wrapper.” According to an article in Chemistry & Biology, scientists in the company’s Swiss labs are beginning to understand how a compound called C13 can stimulate an enzyme in charge of regulating metabolism. It’s an important step in developing a way to mimic the fat-burning effect of exercise. The next step would be ﬁnding plants or fruits that contain C13, which might then lead to the creation of nutritional products that could actually help consumers drop weight by eating. This type of breakthrough could be a game-changer in the packaged food industry, which has come under ﬁre for making the ﬂavors of less-than-healthy snacks increasingly irresistible. It also sheds light on the increasingly ﬁne line that separates the food and pharma industries. The companies that solve riddles such as this one not only will gobble up big shares of the snack food market. They will also enable people who are immobile due to obesity, diabetes or old age to enjoy the chemical beneﬁts of exercise.

Dr. Ari Eckman, Chief of Endocrinology and Metabolism and Director, Trinitas Diabetes Management Center, concurs. “However, it is obviously too premature to know if the compound C13 can indeed be the secret to more exercise,” he says. “We look forward to learning more about this possibility in the future.” In the meantime, no one should be waiting around for a miracle food. In this generation of a more sedentary lifestyle, Dr. Eckman points out, anything that encourages and promotes exercise will be extremely beneﬁcial to help with weight loss and prevent conditions such as diabetes and heart disease. 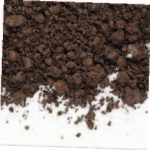 More and more people are realizing that almost everything humans need is contained in the Earth. Now that also seems to be true of antibiotics. Researchers at Rockefeller University have concluded testing on soil samples from 185 different sources worldwide and discovered valuable compounds that could help create new drugs and improve existing ones. For instance, a sample from Brazil contained genes that offered a new version of the cancer-ﬁghting bleomycin. A sample from New Mexico yielded epoxamicin, a molecule used in other cancer-ﬁghting drugs. Another soil sample, from a southwestern state, appears to contain compounds similar to rifamycin, which helps treat tuberculosis. Only a small fraction of microbes can be grown in a lab environment; most need soil to do their thing. The idea of valuable microbes coming from the ground is hardly a new one; there are more microbes in a handful of soil than there are humans on earth. And lest we forget, penicillin and other important antibiotics started as uncultured bacteria in the dirt. Meanwhile, at Northeastern University, researchers have been building “soil hotels” to culture bacteria, and this effort has produced more than two dozen promising antibiotics. This is a huge step in battling the growing problem of antibiotic-resistant microbes. The last time a new antibiotic actually made it into the marketplace was more than 25 years ago. 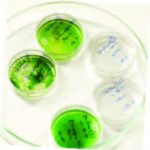 In a recent survey, 90 percent of Americans said they believed that certain foods—the kind that help stave off aging or disease—offered health beneﬁts beyond basic nutrition. Whether this 90 percent was looking past advertising claims and correctly identifying which foods offer these beneﬁts is certainly a topic for debate. However, there is no question that science is working hard to identify foods that deliver on this promise. One you are likely to be hearing a lot about in 2015 is microalgae. Foods containing this ingredient (a uni-cellular plant species found in freshwater and marine systems) have just begun to show up on store shelves. “It’s a well-known fact that micro-organisms in our body have a positive effect on our metabolism and proper physiologic function of our body,” explains

Dr. Kevin Lukenda, Chairman of Family Medicine at Trinitas. “The human gut is ﬁlled with bacteria and other micro-organisms that help keep the gastrointestinal tract functioning at its highest level. When this micro-organism environment is disrupted, normal body function is often compromised. Probiotics—algae in a pill—offer obvious beneﬁts to our gastrointestinal tract as they help support the microalgae diet.” Microalgae can be used in certain high-fat foods not only to reduce cholesterol and saturated fat, but also to add antioxidants and protein. Proponents of omega-3 fatty acids already know about microalgae; ﬁsh don’t actually produce omega-3—they get it from. 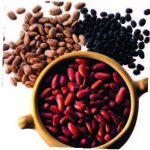 Is Paleo Diet Hard to Swallow?

The most talked-about diet of 2014 was probably the Paleo Diet, which was outlined by author Loren Cordain several years ago in a best-selling book. Cordain’s basic premise is that nature determined what our bodies needed long before agricultural societies took root, and that eating food made of grains (and livestock raised on grains) is fundamentally unnatural and unhealthy. The Paleo Diet focuses on the consumption of fruits, vegetables, nuts, seeds, plant-based oils and meat from grass-fed animals. Grains, legumes, potatoes, salt, reﬁned sugar and dairy are off the menu. In a Washington Post story published earlier this year, several experts lined up against this concept. For example, Harvard professor Daniel Lieberman points out that we didn’t evolve as a species because of our health so much as our reproductive ﬁtness. Also, many Stone Age humans were consuming grains and dairy products (and we have since developed the genetic mutation to metabolize milk). Marlene Zuk, an evolutionary biologist at the University of Minnesota, believes the Paleo Diet concept is based more on some misplaced nostalgia than actual facts. Evolution is full of inexplicable twists and turns, she says, pointing out that bipedalism came with back pain, that didn’t send early hominids scrambling back into the trees. It’s worth noting that none of the experts cited by the Post claims the Paleo Diet is unhealthy—obviously, we consume far too much sugar and empty calories compared to our 300-x great-grandparents. They only question whether it is scientiﬁcally better than other ways of eating.