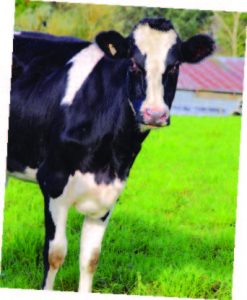 A recent study out of Munich, Germany conﬁrms the fact that children who consume unprocessed cow’s milk are less likely to develop asthma. The research, which was published in The Journal of Allergy and Clinical Immunology concludes that “raw” milk’s higher level of omega-3 fatty acids is a contributing factor. Omega-3 fatty acids are critical to human health, but cannot be created in a lab; they must come from dietary sources. The study’s authors stop short of recommending raw milk, however, because it may contain pathogenic microorganisms. “It is a well known fact that the processing of our foods in this country takes away some vital nutrients, vitamins and minerals,” says

Dr. Kevin Lukenda, Chairman of the Trinitas Family Medicine Department. “It’s a Catch-22 situation, as the processing of our foods makes them safer from an infectious point of view but takes away many of the health and nutritional beneﬁts.” The sale of raw milk is illegal in New Jersey, however a bill introduced in the legislature this winter may change its status. If so, it will be available to consumers only at the dairies where it is produced, not in stores. 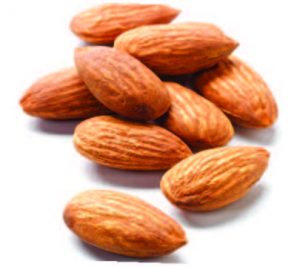 A study published in the Journal of Nutrition Research suggests that a handful of almonds a day may be enough to keep the doctor away. A group of 28 child-parent groupings were instructed to consume almonds (or almond butter) each day for three weeks—the adults 1.5 ounces and the kids a half-ounce. University of Florida researchers measured the participants’ Healthy Eating Index—a measure of diet quality based on USDA guidelines—before and after the three-week period. Both parents and children showed exactly the same improvement in their scores (roughly 14 percent), which was attributed in part to decreasing their intake of empty calories. Kids will be kids, however: Researchers noted that many of the children said they didn’t like the taste of almonds or were tired of eating them every day. “This study showed that changing just one component of a diet can have a positive effect,” says

Michelle Ali, Director of Food and Nutrition Services for Trinitas. “Eating the same foods each day can becomes monotonous and boring, especially for children. I’d add in a handful of almonds to salads, add almond butter to apple slices, and even to your milkshakes. You’ll improve your nutrition and ease boredom.” 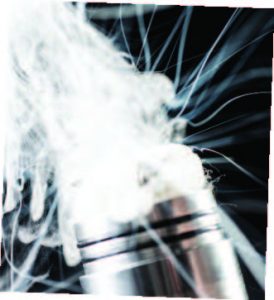 While the health risks of e-cigarettes (both to the smoker and others) are still being hotly debated, the overheating dangers of the device itself have been drawing attention of late. Every year, a handful of “vapers” report that their e-cigs have exploded—often causing devastating injuries. The culprit appears to be the lithium batteries that power the devices. The industry has grown to $2 billion-plus annually, with roughly 4 percent of the U.S. population using e-cigarettes regularly. Industry advocates point out that accidents are rare, and that they typically involve extreme conditions or damaged batteries, which can produce shorts. Last December, Daniel Pickett was driving through his hometown in Central Washington when he heard a static-y sound a half-second before his e-cigarette exploded, burning his hand and arm, and leading to skin grafts and ﬁve surgeries. Daniel won’t be vaping again. “I just think that if people really knew this could explode in your face, they would consider twice putting a device like this to their mouth,” Pickett says. 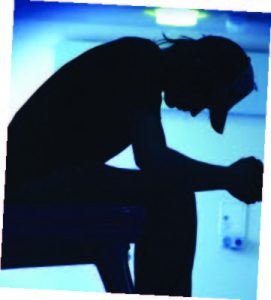 Connection Between Autism  and Early Death

The effort to understand, treat and possibly prevent autism has acquired new urgency after ﬁndings by Sweden’s Karolinska Institute published in the March issue of The British Journal of Psychiatry. Individuals on the autism spectrum tend to die signiﬁcantly younger than other adults—on average 18 years younger. The culprit is not cancer or heart disease, as is the case in a great many premature adult deaths. It’s suicide. “The inequality in outcomes for autistic people shown in this data is shameful,” says Jon Spiers, who heads the British charity Autistica. “We cannot accept a situation where many autistic people will never see their 40th birthday.” The Swedish study tracked 27,000 people with autism and 2.5 million people who were not diagnosed with the social communication disorder. The age at death also changed relative to a person’s cognitive ability. Those considered “high-functioning” with strong language skills lived longer, but still were twice as likely to die young as the general population. “This research really helps characterize the magnitude of health problems faced by people with social communication disorders in Western countries,” says Trinitas psychiatrist

Dr. Salvatore Savatta. “More research is required on how to engage and retain these at-risk individuals in mental health treatment and related services.” 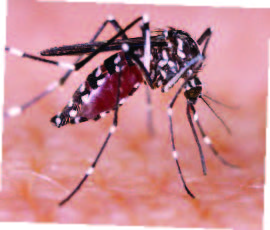 The Zika scare may come uncomfortably close to home this summer, thanks to the Olympic Games. Although host country Brazil is working to mitigate the Aedis aegypti mosquito—and August is “winter” in Brazil—if the disease comes back to the U.S. through one of the 50,000-plus Americans who reportedly plan to travel to the games, it will arrive during one of our warmest months. That has infectious disease physicians concerned, and has already launched a debate about the best way to attack Zika if it gains a foothold in North America. One plan involves genetically modifying the male mosquito to produce offspring that die in the larval stage. “It is likely that cases will be transmitted here in New Jersey this summer,” says

Dr. William Farrer, a member of the Infectious Disease Division of the Trinitas Medicine Department. “It is important that people take steps to reduce mosquito habitats, such as removing standing water from their yards. It is also important to employ methods to reduce your chances of mosquito bites, such as wearing long sleeved clothing and applying insect repellent when outdoors. The CDC website [cdc.gov/zika] has many helpful suggestions and is frequently updated.” 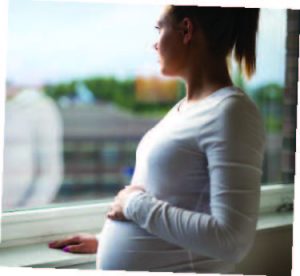 The health beneﬁts of ﬁsh have been touted for decades, but because of possible exposure to organic pollutants, most doctors are now suggesting people limit their consumption. According to a recent article in JAMA Pediatrics that advice is especially important for pregnant women. Those pollutants appear to have endocrine-disrupting properties that contribute to rapid growth in infancy and the development of childhood obesity. The study cited looked at more than 28,000 pregnant women in Europe and the U.S. and tracked the progress of their children to age 6. Women who had more than three servings of ﬁsh per week gave birth to children with higher body mass indexes at ages 2, 4 and 6. “The latest FDA and EPA recommendations suggest that pregnant women eat 8 to 12 ounces per week, in two or three servings,” says

Dr. Yelena Samofalov of the Trinitas Pediatric Health Center. “It’s also important to remember that not all types of ﬁsh accumulate the same amount of pollutants.” Indeed, while researchers accounted for different ﬁsh types, they were unable to drill down on cooking procedures or the quality/type of water ﬁsh came from—which may inﬂuence the data. Fish associated with higher amount of mercury—which is especially dangerous for the developing brain of neonates—should be avoided during pregnancy and while breastfeeding, Dr. Samofalov adds. Preferences should be given to salmon, pollock, shrimp, tilapia, canned tuna, catﬁsh and cod. 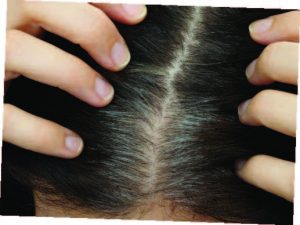 Who among us does not rue the day when we go gray?For some, the process is gradual; for others, not. Age and stress are the prime culprits but, according to researchers from University College in London, for about 30 percent of people of European descent, gray hair is a genetic inevitability. The IRF4 gene, which appears to cause people to gray prematurely, is linked to the production of melanin, which regulates eye, skin and hair color. This discovery should be of particular interest to hair care companies which might be able to develop products that delay or reverse graying as hair grows.