This February marks the 15th anniversary of the start of Colon Cancer Awareness Month. President Bill Clinton made it ofﬁcial in the ﬁnal year of his presidency and, in the ensuing decade-and-half, nationwide initiatives have gotten the word out on the importance of exercise, healthy eating and regular screenings for individuals 50 and over. That being said, there is a long way to go.

Despite its prevalence, the early symptoms of colon cancer still frequently go unnoticed. The good news is that it is among the most treatable (and preventable) cancers, so as awareness continues to grow, there is every reason to believe that the number of deaths will decrease…dramatically. Currently, these are the facts—as collected by the American Cancer Society, the National Cancer Institute and the Centers for Disease Control and Prevention:

The news isn’t all bad. A recent study showed a decrease of 30 percent in cases (and also deaths) in adults 50 or over. This change is being attributed primarily to the increase in the number of colonoscopies per year. There are actually more than 1 million colorectal cancer survivors in the US today. The American Cancer Society has outlined several major factors that impact dealing with Colon cancer: 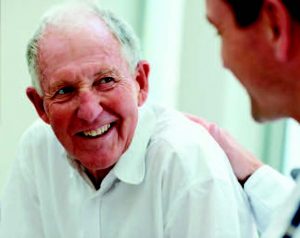 Certain tests have been developed—including Oncotype Dx Colon Cancer Assay, ColoPrint, and ColDx—to examine the role of genetic inﬂuences in forming colon cancer tumors in order to identify individuals who have a higher risk that an existing cancer will spread. Other tests are available to identify a predisposition to such tumors. According to studies by the Memorial Sloan Kettering Cancer Center, about 5 to 10 percent of all colorectal cancers are caused by a genetic mutation that can be passed from parent to child. For those individuals with a strong family history, professional genetic counselors can be consulted to help assess the level of potential risk.

Staging describes how far the cancer has spread in the body. For colorectal cancer, the stage is identiﬁed by whether the cancer has grown into the intestinal wall or other nearby structures, or if it has spread to the lymph nodes or distant organs. The importance of staging is that it helps with prognosis and treatment options. The staging process involves a physical exam, biopsies, and imaging tests such as CT or MRI scans. 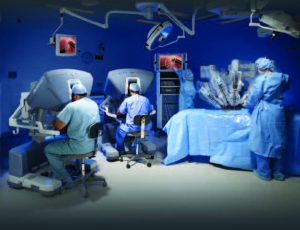 The daVinci Robotic Surgery System is used at Trinitas for a wide variety of procedures, including colon and rectal surgery.

Surgical options are constantly being evaluated and improved. It is the early-stage cancer that is best addressed with surgery. Approximately 95% of Stage I and 65%-80%of Stage II are surgically curable, according to Johns Hopkins researchers. Laparoscopic and robotic surgeries are becoming more widely used than invasive traditional techniques. 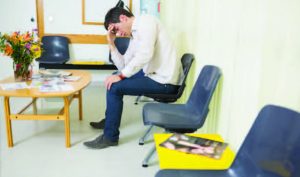 Chemotherapy involves administering speciﬁc drugs that have been shown to kill certain cancer cells. Delivery can be via injection, intravenously, or even in pill form. Unfortunately, the drugs not only can kill rapidly growing cancerous cells, but healthy cells as well, which can cause debilitating side effects. Targeted therapy involves newer drugs that attack the speciﬁc cancer with fewer side effects. These are typically administered to advanced cases and can be very expensive. Research is also being conducted on immunotherapy alternatives, which involve developing vaccines that can boost the patient’s own immune system to help ﬁght the cancer. Radiation therapy is another option, although it is used much more often for rectal cancer, according to Dr. Zimmern.

THE IMPORTANCE OF SCREENING

In the majority of cases, colorectal cancer is eminently treatable in its early stages, and even preventable through regular screening. Since its symptoms can go undetected, prevention requires attention and action. Popular TV anchor and personality, Katy Couric—whose husband succumbed to Stage IV colon cancer—became a well known advocate for colonoscopy screening by allowing her own procedure to be televised in March of 2000.

Colon cancer begins as a small, easily removed polyp growing on the lining of the colon or large intestine. A colonoscopy is the surest way to detect such a growth in its very early pre-cancerous stages. For anyone who is squeamish about this relatively painless outpatient procedure, investigating the computerized virtual colonoscopy may be worthwhile, although Dr. Zimmern advises caution. “Regular colonoscopy is still the best and only option that is both diagnostic and therapeutic. If we see a polyp we can remove it on the spot.” On average, a screening colonoscopy will discover polyps in 25 to 50 percent of asymptomatic patients, according to The American Society of Colon and Rectal Surgeons Textbook of Colon and Rectal Surgery. “This means that up to 50 percent of people who have a computerized virtual colonoscopy will need to go in for a regular colonoscopy afterwards,” Dr. Zimmern explains.

As with many cancers, lifestyle changes can also help to prevent colon cancer. It’s no surprise that increased risk factors include a diet of high-fat animal foods, being overweight, smoking, and inactivity. The secret to avoiding colon cancer is simple: stay healthy, stay informed…and get scoped! 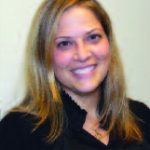