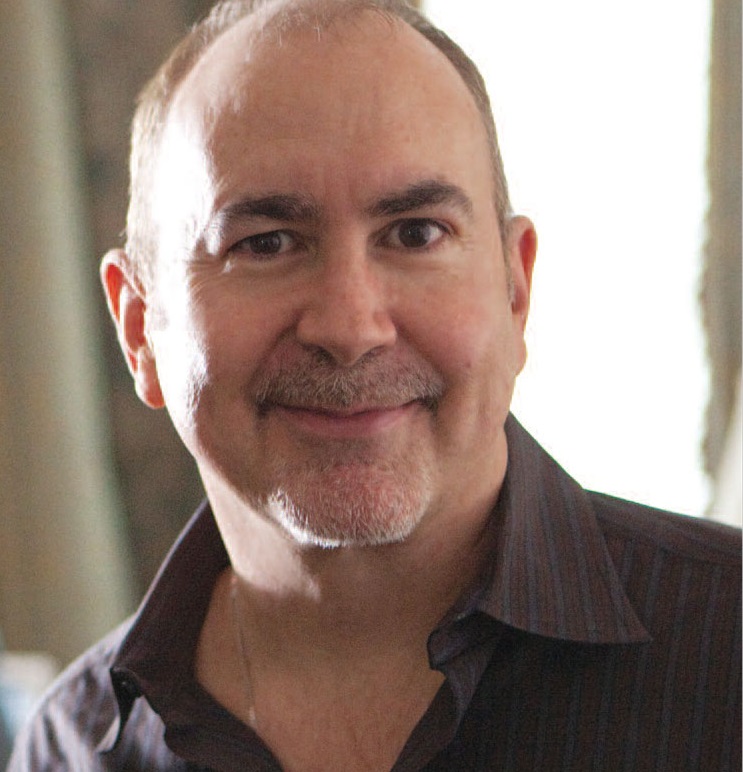 Earlier this year, fans of the New Jersey-based HBO series Boardwalk Empire were surprised to learn that it would be shortened from its initially proposed run of seven seasons to ﬁve. Editor at Large Tracey Smith, who interviewed series creator Terence Winter for EDGE in 2013, doubled back this fall to get his take on the Nucky Thompson experience, ﬁnd out what¹s coming next, and talk a bit more about what keeps his creative juices ﬂowing.

EDGE: Shortening this series to ﬁve seasons was a big decision. How did that conversation go between you and fellow executive producer Howard Korder?

TW: Somewhere around the middle of Season 4, Howard and I looked at each other and said, “I get the feeling that we’re kind of headed toward a conclusion here.” It was completely inadvertent in our storytelling, but we felt like if we were listening to Nucky and what he was saying and where he was taking us, that he was trying desperately to get out of this business and to wind down.  The more we talked about it, the more we said, “Yeah, we don’t have a whole lot more to explore with this character.”  We didn’t want to just milk it, and the last thing we want to do is to become repetitive. 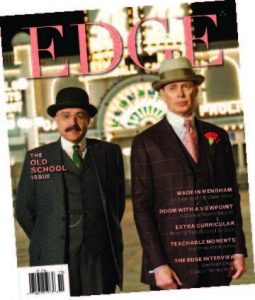 We’re lucky enough to not be in a situation where, like network TV, for example, you have to hit a certain amount of episodes in order to become syndicated. That’s not the model over here, and that’s not the model that exists anymore, and creatively it’s not anything I’m comfortable with. We always felt that when this story runs its course that’s when the series ends. We felt like that with Nucky and started to have that conversation with HBO. Creatively, they are incredibly supportive; they said, “Okay, well how much do you think you need?” We felt we needed eight more hours to properly tell this story, and that’s where we ended up.

EDGE: Give me the two highlights that stand out for you personally on this project?

TW: One would be Martin Scorsese becoming involved—getting to work alongside my cinematic hero, who was the reason I got into this business in the ﬁrst place. I saw Taxi Driver when I was a teenager and I can draw a straight line from Taxi Driver through the rest of my career. That was a movie that made me sit up and take notice of movies as being something other than just something to do on a Saturday afternoon. I walked out of that and thought “Wow, what was that? Who is this guy Martin Scorsese and what else has he done?” When I hung up the phone after Martin Scorsese told me “I’m going to direct this pilot” I almost fell out of my chair. That was just an amazing highlight. Part two? All the rest of it!  Having my own show for the ﬁrst time, getting to work alongside my dear friend Tim Van Patten, getting to know and become dear friends with Howard Korder, Christine Chambers—who started as my writer’s assistant fourteen years ago and now is one of our writers—that whole experience. Just lump it all together. 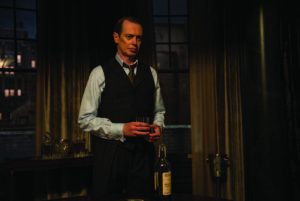 Photo by Macall B. Polay/HBO

EDGE: You’re about to fast-forward 40 years with your new project about CBGB. Are you nervous about how fans will receive it?

TW: No. I try to approach things that I write as if I’m an audience member. What would I like to see? The rule of thumb is, if I think it’s interesting, hopefully other people will too. If I think it’s funny, hopefully people will agree. Rock and Roll…1973…New York City. I’m there!! If I had nothing to do with this, if I saw a trailer for this, I would absolutely tune in to it. And then you say that Martin Scorsese and Mick Jagger are involved in it, Bobby Cannavale stars in it—you’re going to see the beginnings of punk, disco, hip-hop, see these bands, hear this music, spend time in that crazy rollercoaster world of New York  when the economy was horrible and crime was to the roof. I’d watch it so I’m conﬁdent that there are people that are equally interested. Hopefully, I’m right.

EDGE: It’s just one great project after another for you. What’s it like to be Terence Winter?

TW: I feel like any moment I’m going to wake up and it’s 1975 and I’m going to be late for my job at the butcher shop. I couldn’t have written a script for my own life that would have played out better. I am unbelievably blessed, I am unbelievably fortunate and I don’t take that for granted for one second. I look in the mirror every day and just think I am the luckiest guy in the world. And I really am.

EDGE: What was the toughest choice you had to make along the way?

TW: Leaving a promising law career to embark on a writing career was pretty crazy. I left in 1990 after two years to move to Hollywood to become a screenwriter. People thought I was out of my mind.

EDGE: Had you ever written a screenplay?

TW: No. Nor had I ever been to Los Angeles.

EDGE: When you think about your legacy, what comes to mind?

TW: First and foremost, I want to entertain people. At the end of my career, if I’ve succeeded in that, then I think that’s really all I could’ve asked for as an artist. When I look at movies done in the 40’s or 50’s, I think Somebody wrote that—someone reached out across time and made me laugh. I remember reading Tom Jones by Henry Fielding and there’s a passage that made me laugh out loud. I thought, God, this guy reached out from hundreds of years ago and made me laugh, which is pretty amazing considering sensibility has changed so much. It makes me feel good to know that this will live beyond me, and my kids one day will be old enough to watch The Sopranos and Boardwalk Empire and get more of an insight into me creatively. That is, in some way, psychologically sort of a denial of death— “It doesn’t matter because my work is going to live on.” It’s funny. David Chase and I laughed about this. In The Sopranos, I wrote a similar line for Christopher, who’d made that movie Cleaver, a ridiculous horror movie. Christopher said to Tony, “Wow, that’s really cool. Hundreds of years from now people are gonna be watching this thing.” It’s the same way I feel about our work. It’s great that the written word survives and goes on forever. It’s so great to be able to do this.

Editor’s Note: Tracey and Terence covered quite a bit of ground in their conversation. To read more about the actors, characters and experiences that came together in ﬁve seasons of Boardwalk Empire, log on to edgemagonline.com for exclusive bonus content.