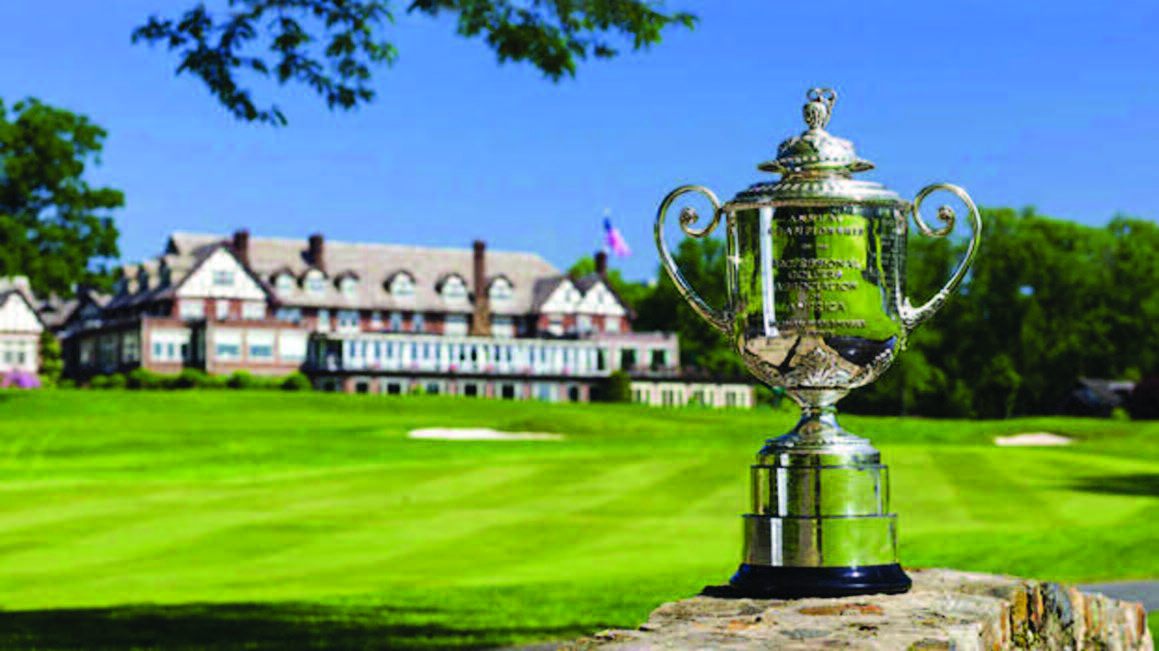 The PGA Championship is back at Baltusrol.

The ﬁrst weeks of spring annually signal the start of golf in New Jersey, and coincide with the playing of the ﬁrst major championship of the year, The Masters. The beauty and drama of the tournament at Augusta National Golf Club heralds the season, like so many Opening Days at ballparks around the country. But this year is even more special than others, as the ﬁnal major of the year, The PGA Championship, returns to Baltusrol Golf Club in Springﬁeld this July. It was last played there in 2005, when Phil Mickelson won by one shot over Thomas Bjorn and Steve Elkington, and by two shots over Davis Love III and Tiger Woods. 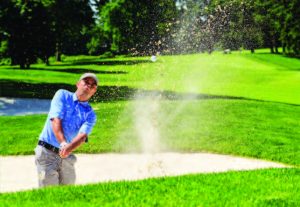 New Jersey and Baltusrol are no strangers to big-time championship golf. The ﬁrst time the PGA was played in New Jersey was 1942, at Seaview Country Club in Galloway, near Atlantic City. The tournament was won by Sam Snead, who reported for Naval duty shortly after. In addition to that 2005 PGA, Baltusrol has hosted seven United States Open Championships—the ﬁrst in 1903 and the last in 1993. Moreover, Baltusrol has hosted ﬁfteen 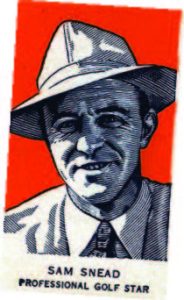 This July, The Ridgewood Country Club in Bergen County will host its fourth national championship, the U.S. Girls’ Junior; in 2017, Trump National–Bedminster will host the U.S. Women’s Open. Previously, in 2009, Trump Bedminster hosted the U.S. Girls’ and Boys’ Juniors at the same time. Incidentally, Jordan Spieth won the U.S. Junior at Trump Bedminster. He won a second U.S. Junior title in 2011—a sign of good things to come for him. For the record, Tiger Woods is the only player to win three U.S. Juniors.

New Jersey boasts so many wonderful courses, which is one of the reasons—along with a large population base—that golf is thriving in the Garden State. Pine Valley, Baltusrol (both the Upper and Lower courses), Plainﬁeld, Somerset Hills, Ridgewood and Galloway National have all made the Top 100 of the major magazine rankings. In addition, courses open to the general public, including Ballyowen, Neshanic Valley, Hominy Hill and Atlantic City, are consistently highly rated. All this shows the breadth of wonderful opportunities to play around the state. There is a fantastic mix of old and new, public and private.

The National Golf Foundation, which tracks various barometers in the sport, reports that rounds are up for the state each year for the past three years. New Jersey has ﬁve chapters of The First Tee, a national organization that not only introduces youngsters 8 to 18 to golf, but also teaches them life skills. Further, these chapters introduce young people to caddying, as well as opportunities to earn money, qualify for scholarship aid, and work toward higher education through a program called A Path to College. If you or a family member would like to learn the game, there are several ways to go. Many counties have programs for group lessons and many courses offer a starter program called Get Golf Ready. You might also consider individual lessons from a professional, at a course or driving range; for information go to pga.com.

All of this portends a bright future for golf in the Garden State. There are so many opportunities to play great courses around New Jersey, whether you are an avid golfer or learning the game, even if you’re a beginner. Golf can be a wonderful social and family activity. This summer, the Lower Course at Baltusrol will offer a wonderful opportunity to see the best players in the world in a remarkable park-like setting—athletes like Jordan Spieth, Jason Day, Phil Mickelson and Bubba Watson. By following the greats of the game, you can learn so much about playing golf, 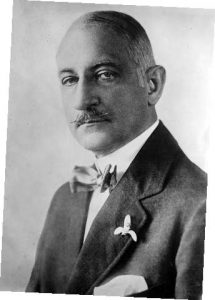 One hundred years ago, Rodman Wanamaker organized a luncheon that led to the formation of The PGA of America. Wanamaker, a department store magnate, believed golf professionals might boost equipment sales if they formed an association. He invited a number of them—along with leading amateurs—to gather for lunch at the Taplow Club in the Martinique Hotel in New York City to discuss his ideas.

Later that year, the PGA of America was founded in New York City with 35 charter members. During that luncheon, Wanamaker hinted that the newly-formed organization needed an annual “all-professional” tournament, and offered to put up $2,500 (and various trophies and medals) as part of the prize fund. The ﬁrst PGA Championship was played later that year in October at Siwanoy Country Club in Bronxville, NY. The inaugural champion was Jim Barnes, who also won the next

PGA, which was played in 1919. The championship was not played in 1917 and 1918 due to World War I. “Long Jim,” as Barnes was known, also won a U.S. Open and a British Open. His last professional win was the New Jersey State Open, in 1939, when he was working at the Essex County Country Club in West Orange. 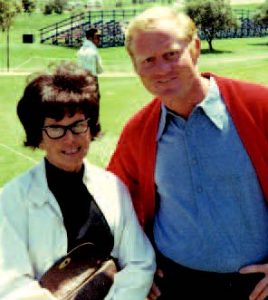 A BRIEF HISTORY OF GOLF IN THE GARDEN STATE

Golf arrived in North America in the 1870s. In 1887, the Essex County Club in West Orange opened as New Jersey’s ﬁrst course. Over the next decade, the state saw a boom in club- and course-building, catering to wealthy and privileged New Yorkers (both men and women). Golf pros and course designers were imported from England and Scotland. The United States Golf Association was formed in 1894; the USGA and its museum are now headquartered in Far Hills. Also in 1894, a group of female golf enthusiasts opened the ﬁrst ladies-only golf club, in Convent Station.

Legend has it that the term birdie originated in New Jersey. In 1899, during a round at the Atlantic City Country Club, Ab Smith described a great approach as a “bird of a shot.” His foursome agreed that they would call any hole completed under-par a “birdie.”

Of the many championships hosted by Baltusrol, perhaps the most interesting was the 1967 U.S. Open. The golf world was abuzz after the third round when

Marty Fleckman sat atop the leader board. A 23-year-old amateur competing against the giants of the day, he went into the ﬁnal round one stroke in front of defending champ Billy Casper, as well as Arnold Palmer and Jack Nicklaus (right). Fleckman was no slouch—a former NCAA champion, he won his ﬁrst tournament after turning pro later that year. However, he would ﬁnish well off the pace, as Nicklaus and Palmer duked it out over the last 18 holes, with the Golden Bear taking the title by 4 strokes

The 5th-place ﬁnisher, a club pro from Texas, made just enough money at Baltusrol to keep playing that season and earn his tour card. His name was Lee Trevino.

Editor’s Note: Steve Foehl spent 25 years as Executive Director of the New Jersey State Golf Association. He continues to serve as a rules ofﬁcial for the NJSGA and the USGA and heads a consulting ﬁrm, Flagstick Golf Advisors (ﬂagstickgolfadvisors.com), which provides private club management with strategic solutions for unfamiliar operational challenges. To purchase tickets to the PGA Championship, which takes place the week of July 25th (ﬁnal round on Sunday the 31st), log onto pga.com and click on Tickets.