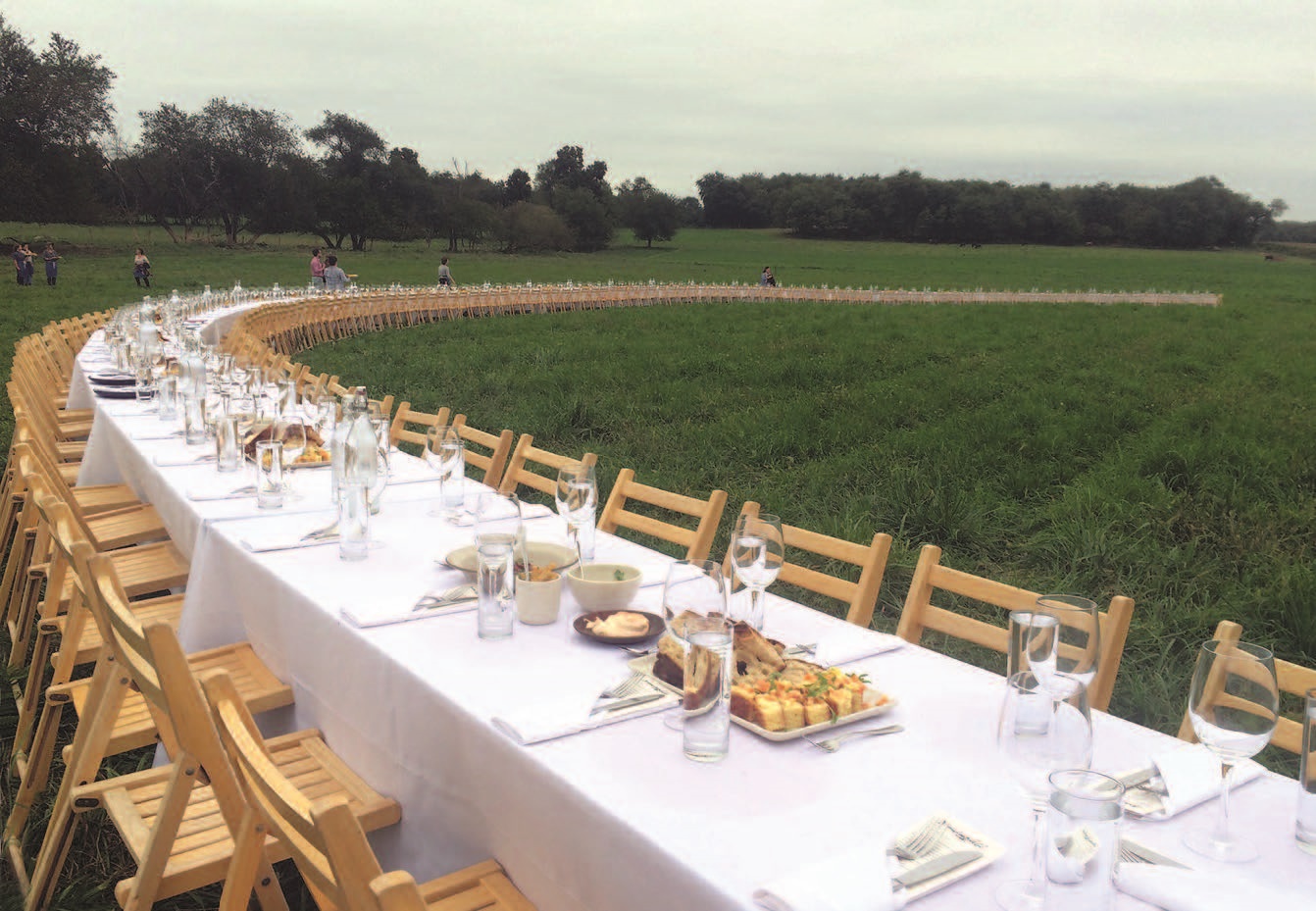 Outstanding in the Field Returns to Riverine.

Chef David Viana looked quite at home where the buffalo were roaming, on the plains of Warren County where Riverine Ranch sprawls across 62 verdant acres in a hamlet known as Asbury. Viana and his crew from Heirloom Kitchen in Old Bridge were working under a tented outdoor kitchen and on grills set up astride the bustling space as ranch owners Courtney and Brian Foley gave tours of Riverine, introducing some of the 150-odd buffalo and their products—meats, cheeses, yogurt, butter—to 250 guests who had journeyed from all parts of New Jersey, plus New York and Pennsylvania, to take part in the ultimate in farm-to-table dining: the national Outstanding in the Field (OITF) program. 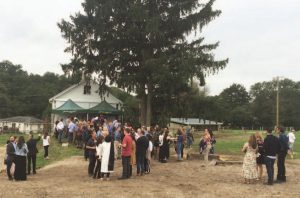 Viana, himself a nationally recognized chef who this year was nominated for a coveted James Beard Award as Best Chef in the Mid-Atlantic region—and the Foleys, a teacher and an electrician originally from Queens (who in 2004 moved to Washington Township in Warren to farm)—were anointed by the Outstanding in the Field hierarchy as worthy of hosting a dinner. This is a big deal. 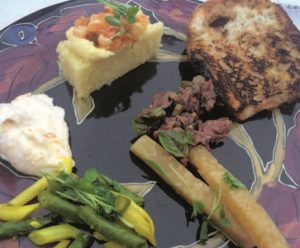 OITF, founded by Jim Denevan in 1999 as a “traveling celebration of people and place and the origins of good food,” had stopped in New Jersey once before, last year, at Riverine. Folks had such a good time at the buffalo farm, OITF decided to come back. The Foleys reached out to Viana, who brought his Heirloom crew (Sean Yan, Kendall Szpakowski, Katherine “Kat” Norat, Rob Santello and owner Neilly Robinson) to the farm to do what they do best: Make the most out of from-the-farm ingredients. The 250 diners were waiting—and had been since seats to the long table set in the signature OITF arc had gone on sale the first day of spring last March, and sold out shortly after. It’s a competitive sport, acquiring OITF dinner reservations; there are those who follow the flow of the transcontinental dinner party as it serves forth starting in the early part of the spring in the warmer climates and continues through fall, touching down in colder parts of the country. Demand is such that, after a break for the OITF home team during the holidays, there’s now a winter session of dinners in the warmest parts of the country. 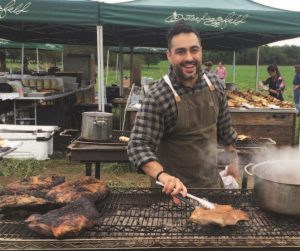 After cocktails and passed hors d’oeuvres, after sampling Riverine’s extraordinary buffalo milk cheeses and visiting the cave where some cheeses are aged, the congregation segued to the arc’d table and took a peek at the chefs. There was Viana (above), turning hunks of buffalo over on a charcoal grill, while his team prepped platters of Riverine buffalo tartare served with crusty toasts of bread from his pals at Talula’s in the “other Asbury” (Asbury Park, that is, down the Shore). They’d amped up the opening round served at table with pickled vegetables from Hauser Hill, a farm based in Old Bridge, and cornbread and corn butter from Thompson Family Farm in Wall. A salad of tomatoes from Hauser and buffalo mozzarella from Riverine came with microgreens, while gnocchi made with smoked Riverine buffalo ricotta took a liking to condiments constructed with Hauser carrots, onion and apple. It’s all served family style, with guests and their new best friends quickly settling in at the table. On this night, buffalo roast was carved and plated with chimichurri, polenta and corn, and a suitable finale of roasted pepita pavlova came with Forbidden Rice meringue laced with Riverine buffalo milk. “It’s a pretty big undertaking,” Viana says, noting that it takes a good week to prep and cook outdoors for the huge crowd. “It’s not easy to cook for 250 on a charcoal grill! But we’d do it again in a heartbeat. It’s all about people coming together at the table…there’s an energy that’s palpable.” 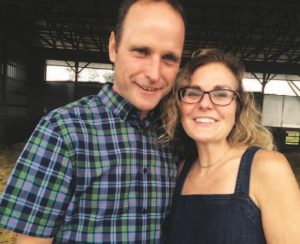 For Courtney and Brian Foley (left), it was a “fantastic opportunity to work with the people from Heirloom Kitchen.” And, adds Brian, a chance as well to share our “passion for water  buffalo.” 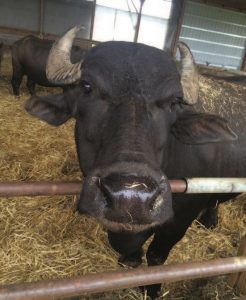 In the lead-up, the Foleys hosted Viana and his crew at Riverine, giving them tastes of the various buffalo meat and dairy products and sending them home with samples. The chefs then worked up a menu for the OITF dinner in conjunction with farms and artisans Viana often works with at his restaurant. After that, “we just straightened up the farm a bit,” Courtney says with a laugh. “Our buffalo are very friendly and very photogenic.” Top that off with delicious from-the-farm fare and you’ve got a dinner for the ages. 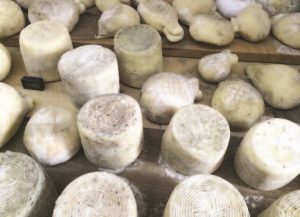