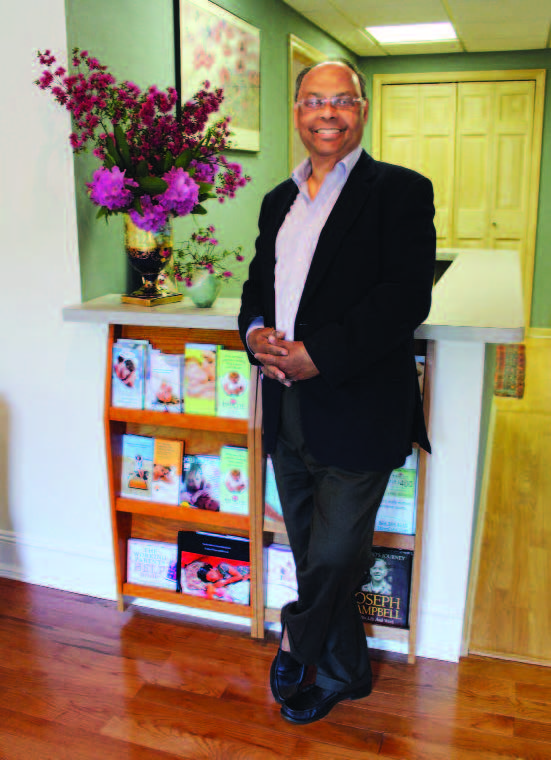 Dr. Abu Alam, MD, PA is contemplative, looking back on his distinguished career as he sits in the waiting room of his ofﬁce, which was once the parlor of a private home that is more than 140 years old. He’s looking ahead to the upcoming wedding in Chicago of his youngest daughter, thinking of Ramadan and also settling into his new role as Interim Chairman of Obstetrics/Gynecology at Trinitas Regional Medical Center in Elizabeth. Trinitas welcomed Dr. Alam to its team in April, and he quickly made an impression on both the faculty and the hospital’s patients.

Elizabeth’s considerable Haitian population gives Dr. Alam the opportunity to relate stories from his work serving in Haitian clinics where there is often no electricity and procedures are sometimes performed by ﬂashlight. He dedicates several weeks each year to volunteering in Milot, Haiti as part of his commitment to charitable work in the impoverished island nation.

A doctor who has given much of his free time to charitable pursuits in underserved communities around the world, Dr. Alam is entering the next phase of his career, where he can serve as a teacher and mentor to the next generation of practitioners at the hospital while still working with OB/GYN patients and bringing new lives into the world.

“I believe I’m destined to do certain things in life,” Dr. Alam

says as he looks out the window onto Springﬁeld Avenue. “I’ve delivered more than eight thousand babies, sometimes close to three hundred a year. When I go to bed at night, I know that I’ve given my patients the best care I can, whether that’s here in New Jersey, or in Haiti. My ﬁrst priority has always been to my patients. Money was never the goal.”

Return to His Roots

Dr. Alam has also made it his mission to provide medical services to residents of his home country, Bangladesh. His work in Haiti inspired him to gather a team of like-minded medical professionals and open Nandina General Hospital, the only medical care for miles around its village. The village is about four hours by car from where Dr. Alam was born.

“I know that in many parts of Bangladesh malnutrition and childbirth are areas where not enough attention can be paid by the limited number of doctors available,” he says. “The patients who we treat at Nandina General Hospital might otherwise not have any treatment options available to them. We work with equipment donated by New Jersey medical centers to bring current, modern medical practices to people who truly need them.”

For his philanthropy and service, Dr. Alam was awarded the Ellis Island Medal of Honor in 2006; presented annually to immigrants who have made signiﬁcant contributions to America’s heritage. Dr. Alam also serves as Chairman of the Teddy Bear Foundation, which provides support for patients stricken with achondroplasia—commonly known as dwarﬁsm—for the past 20 years. These children often require multiple surgeries and painful recovery periods to help alleviate the condition, and the Teddy Bear Foundation raises funds to help provide the treatment and after-care needed.

Vanessa Loefﬂer, who is a long-time member of the staff at Dr. Alam’s Summit ofﬁce, established the Teddy Bear Foundation more than 20 years ago after her daughter Theodora was born with the condition. Loefﬂer credits Dr. Alam with playing a key role in helping further the Foundation’s mission.

“Dr. Alam has been instrumental in helping us grow the Teddy Bear Foundation,” she says. “His work on behalf of children like Theodora has made such an incredible impact on our ability to help families who are caring for people with this condition.”

Throughout his life, Dr. Alam has believed fate has led him to his accomplishments on professional and personal planes. As he sets out on his next professional endeavor as a member of the Trinitas team, the communities the medical center serves are fortunate to be coming under his care and compassion.

“For many years I’ve heard about Trinitas’ reputation for outstanding outcomes and patient satisfaction,” Dr. Alam says. “I look forward to being a part of this wonderful team and to working closely with the residents and students. I expect I can learn as much from them as they may hopefully learn from me.”

It is one thing to have practiced medicine for almost ﬁve decades without losing your ardor and drive to serve patients. It’s another to give so selﬂessly of your time and energy to help those in need around the world. To be able to balance both of those while also raising four children—and maintaining a perspective on the things in life that are truly important—is something else altogether. It’s a rare amalgam to ﬁnd in a person who has seen and done as much as Dr. Alam.

And it’s a great victory for Trinitas Regional Medical Center to welcome him to their team. 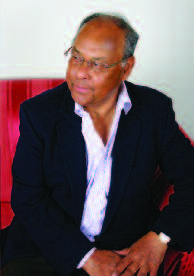