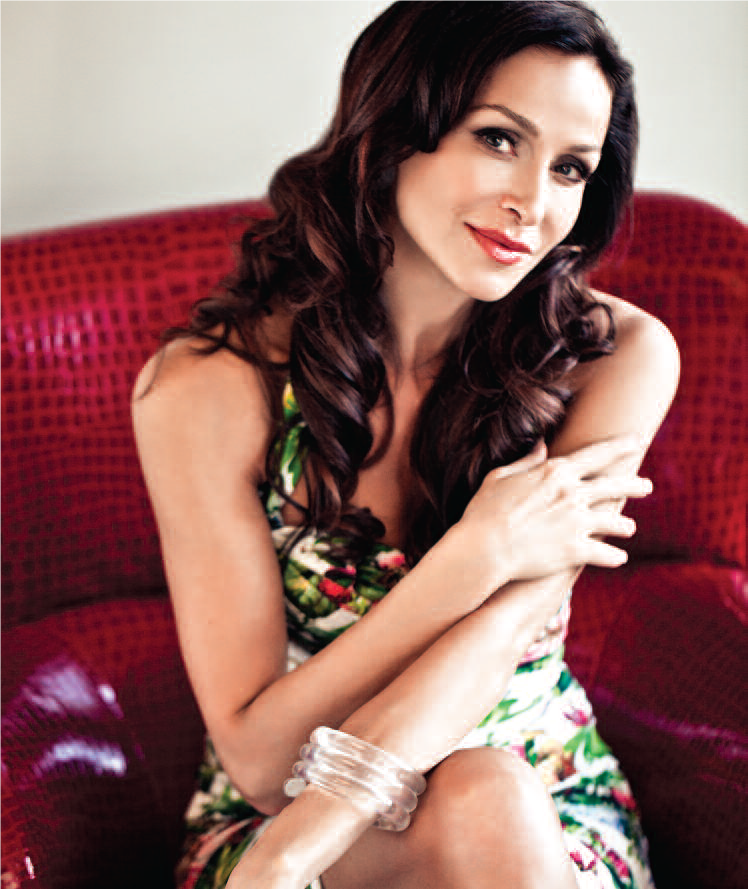 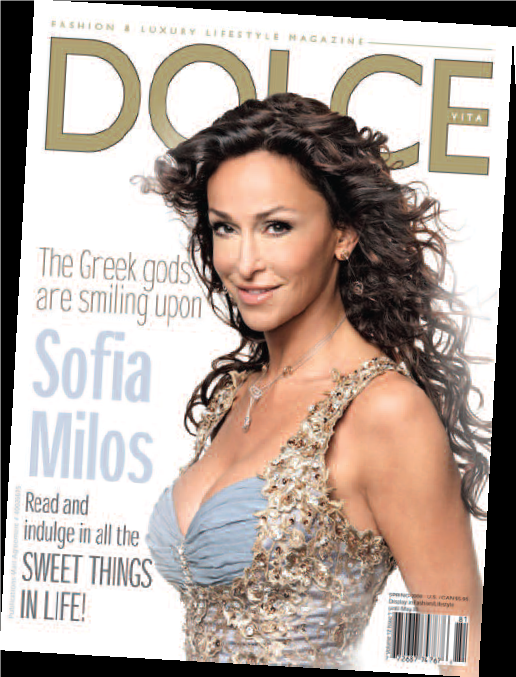 Series television, almost by definition, thrives on over-the-top characters. Yet the actors who land these coveted roles often stand out by underplaying them. It’s a brave, sometimes risky choice that requires trust on the part of the audience, director and fellow actors. Sofia Milos has made a career out of earning that trust. Her relationship with the camera transcends pure physical appeal and brings depth and nuance to her roles. As EDGE Editor at Large Tracey Smith discovered, what you see on the screen with Milos is just an intriguing tease for what you get.

EDGE: The characters you’ve played tend to project a blend of feminine vulnerability and powerful independence. Is that a European thing?

SM: I think it is partly my very European upbringing, and partly my living here in America. It has brought me to what seems rare sometimes among actors. Typically, either you’re just an artist and not a businessperson, or a businessperson and not a creative person. I enjoy both sides equally. So the characters I tend to play are nuanced women where there is this great sensitivity and passion—very European—but also independent, strong and powerful women in high-ranked positions. Like Homeland Security Special Agent Bianca LaGorda in The Border, my Canadian show. Or Yelina Salas on CSI Miami, whose role changed several times over the years, from detective to undercover cop to private investigator. Or Annalisa Zucca, a mafia boss, in The Sopranos. And quite a few more strong women like that.

EDGE: You were raised in Italy, educated in Switzerland, and then moved to New York. That’s quite a combination.

SM: Yes. And I came here at a young age. I was 19 when I first hit the ground in New York. This is really the land of opportunity. You’re given a chance here no matter what race you are, no matter what gender you are. In Italy, it wasn’t like that at the time. An Italian woman? Are you kidding me? You aren’t supposed to leave the house until you’re ready to get married! Here, I was given the opportunity to find myself and explore things I liked and through that I became very empowered. That empowerment, I think, it shone through in the roles that I picked and did best with.

EDGE: In The Sopranos, you went toe-to-toe with Tony as a female mob boss.

SM: James Gandolfini. I remember him so fondly. For a man this big and so important, playing a mafia boss, he was just a big teddy bear. Truly, he made it so wonderful to work with him. Each of the three episodes that I did, I had a great time. We had some long hours—18-hours a day—and you wouldn’t feel it. I had the best time working on those scenes. I was extremely sad when I heard he had left us—and on top of that in my city, in Rome.

EDGE: How did you work with David Chase?

SM: I was so grateful to have gotten that role, and grateful for his very particular, precise, concise requests, even on how much accent he wanted (laughs) coming from an Italian. He had an exact idea of what he wanted, yet I loved the freedom he gave me. To bring in those silent moments, those silent communications—he loved it and he let me do it!

EDGE: In a way, those Sopranos episodes were a turning point for you.

SM: They changed my career. Instead of having a 70 percent male audience, I suddenly had at least a 50 percent female audience. Women were saying Thank you for that character. Women are very, very strong. They always have been. They have been suppressed by cultures, religion, marriage, fears, customs of different countries, education—but I believe they are much more courageous than their male counterparts. I’d always thought of myself as a strong person, coming to the United States alone as a teenager, tapping into that strength, going out as a warrior while holding on to my traditions. All those things came through for the first time with Annalisa, this traditional Neapolitan, who was very strong and could go toe-to-toe with a mafia boss.

EDGE: How did you prepare for that role?

SM: Tim Van Patten, the director, gave me a book called Women and the Mafia, and I loved it. These were some brilliant, brilliant women, just on the wrong side of the law. I learned the difference between La Cosa Nostra, which is the Sicilian mafia, where the women would be quiet, didn’t see anything, hear anything, don’t talk, and the Camorra, the Neapolitan mafia. If the husband dies or is incarcerated in the Camorra, they are next in rank, and they take over. So Annalisa Zucca took over. That’s what she is, her husband. That infamous scene where she goes eye-to-eye, nose-to-nose, lip-to-lip with Tony Soprano and says Bleep you, you’re gonna have to deal with me!—that was the beginning of the fire between them. If Fifty Shades of Grey had existed back then, he would’ve called me Mrs. Zucca (laughing) and I would’ve called him Mr. Soprano!

EDGE: On CSI Miami, how much of Yelina Salas was you, and how much came out of character research?

SM: It was both. Understand that when you come on board a series and sign a contract for seven years, whether it lasts or not, there has to be a big part of you in the character. You are potentially in 20 or more episodes a year. You’re an actor. You have to bring that character to life, even if it’s very far from you. But you also bring something that is yours—your mannerisms, your looks, your little ways of doing something. As far as Yelina, I think the silent and unspoken moments—having a dialogue with your eyes—that was me, very Mediterranean. I’m very grateful for the “silent dialogue” between Horatio and Yelina. People enjoyed that very much, even though CSI Miami was a very fast-paced show. You know, I think that’s a difference between European movies versus American movies. In Europe, there are brilliant silent spoken moments, but overall perhaps the writing here enables actors to work more within the dialogue. I just thank God for all the amazing writers out there. They make my job easy.

EDGE: CSI Miami ran for 10 seasons. That’s extraordinary when you think about it. The show had a lot of moving parts.

SM: It was a brilliant, topical, creative, very aesthetic, choreographed show that required a solid team—from the wardrobe, to the lighting, to the writing, to the performances. I think they did a wonderful job on the clothing. The costume designer was amazing, and at least a couple of times a month I would just ask if I could buy the Dolce & Gabanna suits that my character wore, because I loved them and they fit so perfectly. Obviously she was a well-paid detective. I loved her style. You fit the glove, Sofia (laughing) or the glove fits you!

EDGE: You mentioned European films. As a fan of the movies, if you could jump into a time machine and slip into a classic role, which would it be? 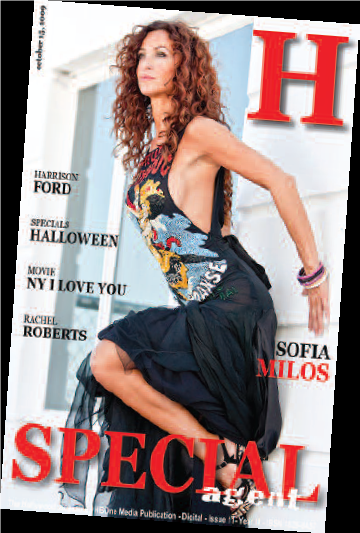 SM: Marriage Italian Style with Sofia Loren and Marcello Mastroianni. I thought they were brilliant together. They were the epitome of brilliance. There was so much strength in her character, Filumena—so much pain, passion, attraction, history—to me it was a very ageless role that you could relate to in so many ways, and not just because of the way it was written. I actually have played Filumena, under the guidance and study of Milton Katselas at the Beverly Hills Playhouse. We put up some pieces in our master class and one was from Marriage Italian Style. I received a standing ovation as Filumena. That role had so many facets. It’s a role that I really loved.

EDGE: Elaborate a moment on your work with Milton Katselas. His students read like a Hollywood Who’s Who— including George Clooney, Alec Baldwin, Michelle Pfeiffer, Ted Danson…

SM: I was just so fortunate and blessed to have gotten to study with the Beverly Hills Playhouse under his guidance. He squeezed a lot out of us. He really pushed us. He brought us to our knees and then up to the clouds and then to the sky. He “let us have it” so that we could have it.

EDGE: You filmed an episode of Friends before it was even on the air. Did you sense that it had the makings of a hit TV show?

SM: I knew it. I could see that it was a tight family. They were so much fun, so down-to-earth, so willing to give each other freedom. Nobody had an ego, at least when I worked there.

EDGE: How did that ensemble cast differ from The Sopranos cast?

SM: In terms of teamwork, they didn’t, actually. The same thing was true on Curb Your Enthusiasm. Of course, that was an unscripted show, so you got the freedom to bring whatever and it was appreciated. On The Sopranos— especially the ten days in Naples—the whole cast was giddy, singing Italian songs. Seriously, the shortest day was 12 hours and the longest day was 20 hours, but you didn’t feel it. It was great. I had an amazing time.

EDGE: You’re pretty comfortable with different languages and dialects. Is there one you could never quite nail?

SM: No, because I don’t give up until I have succeeded. I can be very tenacious. I am currently studying Hebrew, and you’d think it’s a very difficult language, but after having only studied for a few months, I can have a simple conversation. It doesn’t seem so hard to me.

EDGE: Could you do a Scottish accent?

SM: For you? Now? Nope! (Laughing) But I do like Scottish men!

EDGE: What do you feel defines you as an actress?

SM: When I began in this business, I decided I wanted to have a choice of what I do—and that I would always maintain my integrity. Integrity ranks higher than anything to me. It’s my way of being selfish. I won’t compromise it. My dream would be to have so many offers that I could always be a working actress, yet still have integrity in everything I do. And always feel like OMG am I getting paid to do my hobby? If you talk about freedom in this business, real freedom is the ability to have clean hands. Is it a Hollywood thing to do? Maybe not so much. But it’s a Sofia thing to do.