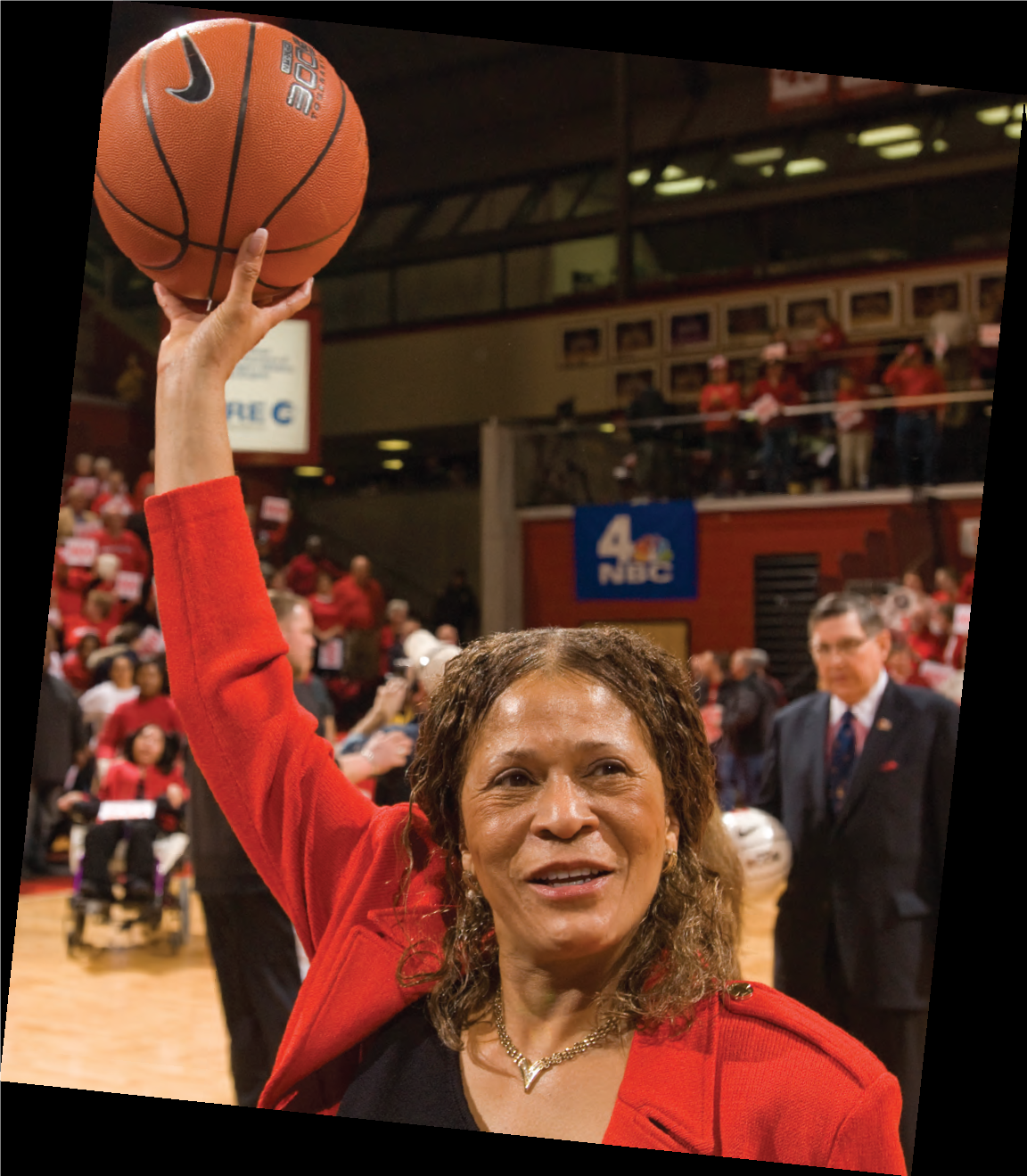 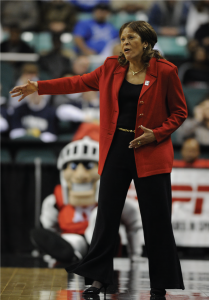 If you had to win one game and could take any coach in the state, Vivian Stringer would unquestionably be among your top candidates. If you could select a coach to guide your daughter through the most important four years of her life, the Rutgers basketball legend would be a no-brainer. Coach Stringer has graced the Garden State with her presence since 1995, and during that time she has elevated the state of the game, both on and off the court. A three time Coach of the Year, she is one of only three people in women’s hoops history to win 800 games.

As it happens, EDGE Assignments Editor ZACK BURGESS has some history with his interview subject—they first crossed paths 10 years ago when he covered her Rutgers team for The New York Times. He knows as well as anyone that her triumphs have not come without their share of tragedy. She has persevered through the deaths of her father and husband, a daughter devastated by meningitis, and a son who nearly lost his life in a car crash. Some people define “grace” as the bestowing of God’s blessing. Zack pulled Vivian Stringer off the court to talk about this idea, as well as the dual challenges of being a coach and mother. And yes, he managed to sneak in an Imus question!

EDGE: Given the dramatic ups and downs and challenges in your life and career, do you feel blessed?

VS: Yes, I do. I wake up every day and witness other people’s plights, and just shake my head and wonder, ‘How do you handle it all?’ You just have to understand that when there is life, there is hope. Blessed? Yes.

EDGE: What does it mean to you to go into the Basketball Hall of Fame with Michael Jordan this year?

VS: I really haven’t allowed myself to think about it. I probably would be paralyzed if I thought about it too much. To go in with arguably the greatest class the Hall of Fame has ever seen is an honor. I have to prepare myself for the greatest day in my life, besides the birth of my children. It’s overwhelming. When I started at Cheyney State (in Philadelphia), I never believed that I would find myself receiving such a huge honor.

EDGE: How soon after you got the coaching job at Cheyney State did you know this was your calling?

VS: Are you kidding me? The minute I got there! I was just grateful they gave me a chance to coach the team. It was magical. I was 22 years old and loving every minute of it. It’s what I was meant to do.

EDGE: How do feel you did raising a family and being a college basketball coach?

VS: I did a masterful job as a parent of keeping basketball and my family separate. But now I wish I wouldn’t have kept things so separate. Those trips through the Midwest were tough. We were going from Iowa to Wisconsin. Instead of being on the team bus, I wish I had ridden right behind the bus for those six or seven hours, giving my kids more mommy time. Listening to them say mommy this, and mommy that. I was fortunate enough to have the best husband in the world.

EDGE: Where did being a coach and being a mom intersect?

VS: My son David played Division-I football. So not only do I know what it’s like to go into a home and recruit, I know what it’s like to be on the other end of the recruiting process as a parent. I know during his recruitment process I often looked for who was going to care about my son—who was going to push him to be the best that he can be, who was going to understand how special he is as a person. Ultimately, that’s what every parent wants. They want to know that their child is going to be safe and understood. I try to be the coach I would want for someone to be to my child. I want parents to understand that I am a parent, too. Parents have a right to see their child walk through your program okay, and emerge a better person at the end.

EDGE: Yet you have a reputation for being tough on your players. Is that fair?

VS: They say that I don’t get players sometime because I am known for being hard. What makes what I do any different from anyone else? Players who go to the University of Tennessee know they are going to a place where they just flat-out had better get it done. What I am trying to teach my players is to be good women. I want them to understand that when they come to Rutgers, they are not only here to play basketball, but to become young women who know how to empower themselves as well.

EDGE: Someone once told me talent and hard work always wins out. Do you believe that?

VS: I think perseverance, talent and hard work is what we should say. Thirty-eight years of doing this. I would like to think when my story is told that it’s one of perseverance, because you can have all the talent in the world—and you might even have a good work ethic—but without perseverance, none of it matters.

EDGE: What are the qualities you look for when you are recruiting a player?

VS: She has to have the will and the drive to be the best, and the skill to play the game. Someone who is not satisfied unless she is as good as she can possibly be, which means she is probably never satisfied. The more difficult something becomes, the more she sees it as an opportunity versus an obstacle. These qualities will carry her throughout the rest of her life.

EDGE: Have you ever gone against your rule and taken a player who had the skill but maybe not the drive? 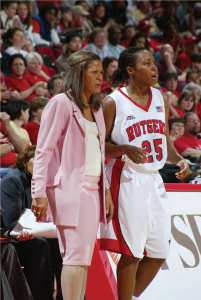 EDGE: Getting back to the idea of grace, I have a final question. Lost in the uproar after Don Imus made those infamous remarks about your players was the fact that you were quite gracious in accepting his apology. Why was that important to you?

VS: I think we found ourselves in a situation where we needed to forgive. My faith wouldn’t have me do it any other way and I knew that. When Imus said what he said, it hit me to the bone. I’ve never been one to be able to smile and say it’s over—I really need to do a much better job—so in order for us to go forward, we just needed to forgive.

EDGE: How many of those girls are still on the team?

VS: We have four kids left from that class who are now going to be seniors.

EDGE: And how are they doing?

VS: One is going to be doctor, one a pharmacist, one wants to be lawyer and another who can do whatever she wants. To see what these young ladies went through and have them come through it with their dignity and honor intact is a wonderful thing. I’m very proud of them.