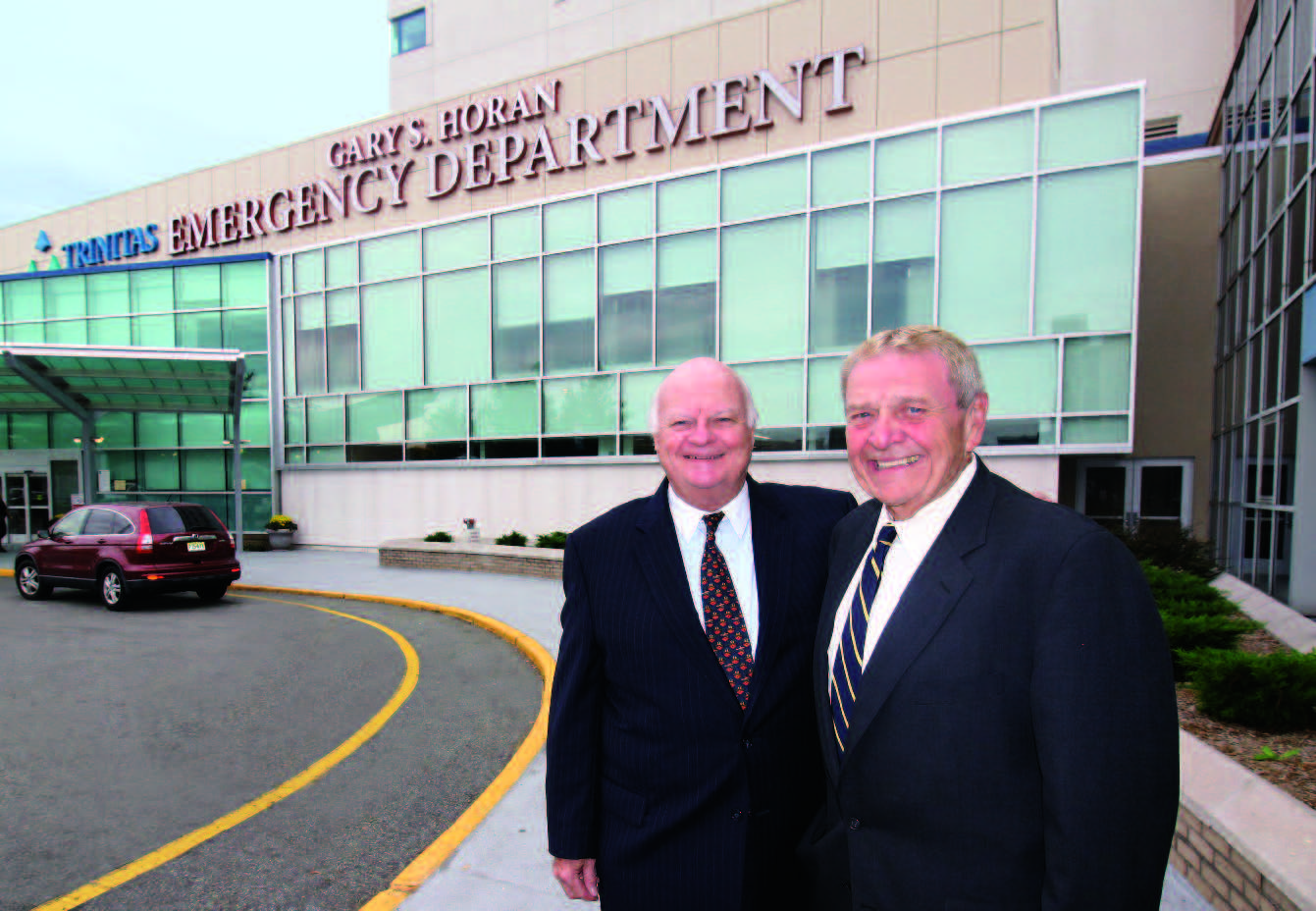 Working together to make a good idea great.

In 2001, the ink was barely dry on the merger that created Trinitas Regional Medical Center. The new hospital’s CEO, a respected executive, had retired, the country was coming off a contested presidential election, and Elizabeth—along with the rest of the nation—would soon be dealing with the “new normal” of the September 11th terror attacks. It was a time of profound uncertainty—probably not an ideal time to look for a “star-quality” CEO. Indeed, Trinitas is unique in terms of sponsorship and governance. The hospital is ofﬁcially sponsored by the Sisters of Charity of Saint Elizabeth in partnership with Elizabethtown Healthcare Foundation, which is the former parent of Elizabeth General. The new CEO needed to be a team-builder from Day One, creating chemistry from the goals and objectives of two separate entities. Fast-forward 16-plus years. Board chair Vic Richel and CEO Gary Horan sat with EDGE Business Editor Yolanda Navarra Fleming to talk about that transformative moment in the hospital’s history, and all that followed.

VR: We did a national search and there were a lot of really qualiﬁed candidates, but what we really needed was a personality with the tremendous ability to grow a business, to effectively create a new atmosphere from the three prior individual hospitals. Gary instantly stood out. His personality is magnanimous. His background was spectacular. He had run other hospitals, but the most important ingredient Gary had was his ability to quickly create a team and a style that would enable us to ﬂourish. 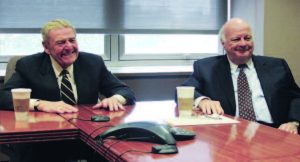 GH: I was in my 11th year as a CEO at Our Lady of Mercy in the Bronx. Trinitas was a challenge—and I always look for a challenge. I was at an age where, if I was going to make a change, I had to make it, and I was in the prime of my administrative background. I was very impressed with the committee evaluating the candidates, and the Board of Trustees, I had an opportunity to meet the administrative staff and I was impressed with the organization and the merger. However, I knew there were challenges in the culture of one hospital against another hospital. Looking back, we have done things that frankly, in my own mind, I didn’t think we’d be able to accomplish. One of the biggest difﬁculties was becoming ﬁnancially stable as a newly merged institution, which can create a lot of chaos. We had to reduce the staff and evaluate the organizational leadership as to whether the chemistry was right between all the different executives. I’m pleased that the changes we made have been long-standing. Most of the people I’ve brought in have been here with me almost as long as I have.

VR: Gary has worked beautifully with the Board of Trustees, with the city of Elizabeth, the mayor, and the elected ofﬁcials of the community, all of whom are great supporters of the hospital. We couldn’t be more proud of where we are. I should add that the Sisters of Charity is enormously supportive of our mission. We are unusual in that every two years the chairs change. The Sisters of Charity representative becomes chair and I become vice-chair. It’s a wonderful combination. Sister Rosemary has been a terriﬁc vice-chair and in January she becomes chair.

GH: My chemistry with the board has been superb. The mutual trust is there. I don’t think there’s ever been a vote that was not 100 percent unanimous. I think that’s due to Vic’s leadership. We’ve developed a very strong relationship of conﬁdence and trust. I am always honest with the board. I tell them the good, the bad and the ugly, and they appreciate that. They don’t always like the ugly—and there is some ugly sometimes—but they need to know and address those issues accordingly. They also know the positives, and there is an incredible amount of positives.

VR: There are. We’re really well positioned heading into the future. We are ﬁscally sound. We invest well and we are proﬁtable. The biggest challenge we have is managing through the government oversight and the difﬁculty with dealing with various changes in rules and regulations at the federal and state levels. Gary and his staff are very skilled at working through those processes.

GH: It’s not a one-person show. We have a solid executive staff, plus the management staff. The mid-level staff is fantastic and our employee staff is excellent, and we have great employee relations. We have a very good, solid chief ﬁnancial ofﬁcer who keeps me in check, and we work very well together as a team. People are not afraid to speak up at our meetings and say what they like and what they don’t like, and we discuss it. We have taken Trinitas from Trinitas Hospital to Trinitas Regional Medical Center. We have grown programs and facilities. We’re ﬁnancially sound and we’re independent.  What that means for us is that we govern ourselves and we have an independent board. We have clinical afﬁliations where it is most appropriate for Trinitas, and also where we can help other organizations. The longevity of our staff is tremendous. And in terms of my relationship with Vic, the conﬁdence and trust has been there from the beginning and it’s a terriﬁc partnership.

VR: It really is. We work beautifully together. Gary always tells it just as it is. One of his biggest strengths is his ability to plan effectively. He anticipates the negative and plans around it. I have the same kind of style and we work very effectively together. Gary far exceeded our expectations. We are now one of the major independent hospitals in New Jersey. We have centers of excellence that are outstanding and Gary has put together a wonderful staff. EDGE

Editor’s Note: Can’t get enough of Vic and Gary? Go to EdgeMagOnline.com to read more of their conversation.