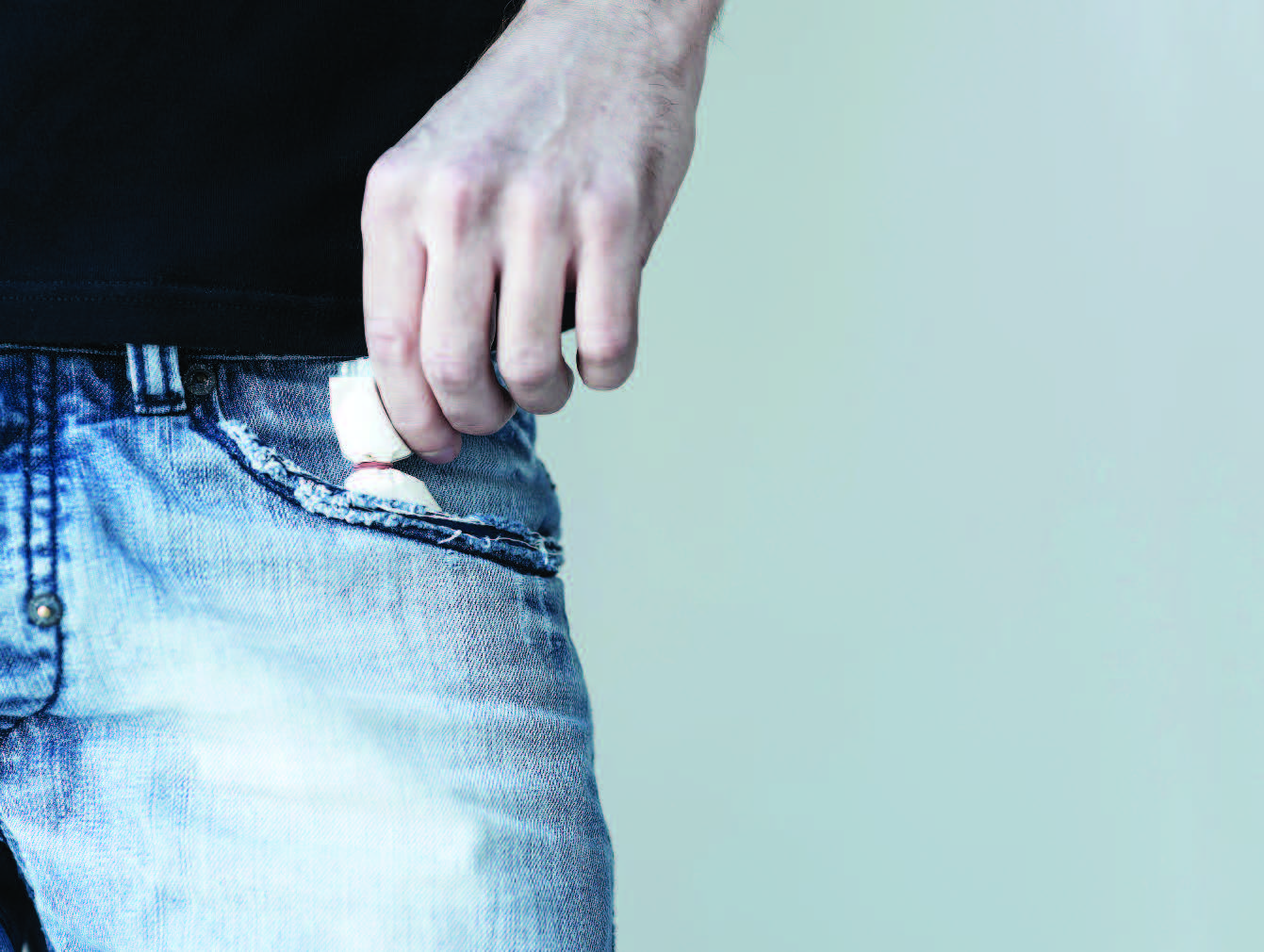 Now In My Backyard -

Tales from the front lines of New Jersey’s heroin epidemic.

Welcome to Heroin Town. That eye-catching headline ran last December on the NJ.com web site. The story posited that, if one were to take all of New Jersey’s heroin addicts and put them in one place, the population would work out to about 128,000 people—making it the fourth-largest city in the state. The scope of the heroin problem in New Jersey has grown over the last decade, claiming 5,000 victims and ruining the lives of countless hundreds of thousands since the mid-2000s. The optics of heroin addiction have changed, as well. It’s now someone you know, someone you work with. Maybe it’s someone teaching your kids. Or maybe it is your kid. 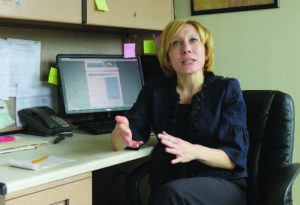 According to Michele Eichorn (left), an addiction therapist who runs the Hospitalwide Screening for Substance Use Disorders project for Trinitas Regional Medical Center, the Hollywood version of the zonked-out junkie in an abandoned building or trash-strewn alleyway is not what heroin addiction looks like anymore.

“The face of addiction has changed,” she says. “Now everybody knows someone with a heroin problem. Chances are, you have a neighbor or a friend or a co-worker or a family member with a drug addiction. It could be that sweet cheerleader who was a friend of your daughter’s 15 years ago. Now she’s hooked on painkillers, or worse. More than ever, this is a problem that’s in people’s backyards.”

Eichorn offers the example of a woman she calls Jane. Jane is a 40-something well-adjusted woman with a college degree, solid work history and a family. Jane was in a motor vehicle accident and had terrible pain. She was put on pain medication, which affected her performance at work. Eventually, she was laid off from her job, lost her insurance and could no longer afford the medication. So she started using heroin because it was the only thing she could afford that made the pain bearable.

“That’s actually a case that happened here and it was heartbreaking,” Eichorn says. 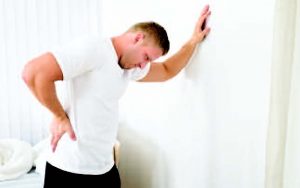 IT ALL BEGINS WITH PAIN

Heroin addiction stretches across the full socioeconomic spectrum. It’s a problem in the inner city, to be sure, but its impact is felt in small working-class towns and sprawling suburbs, too. Addiction doesn’t discriminate, it’s not particularly picky and it almost always begins with physical pain. A twist, a tear, a sprain, a strain. An operation. A work accident. A car accident. A prescription for 30 Oxycontin—enough to help manage the discomfort, enough to get a patient over the hump.

However, when the little orange container runs out and reality sets in, we really miss those pills. Some of us a lot more than others. How one deals with that need can alter the course of a life, a family, a career.

The ﬁrst call is typically to the doctor to renew the prescription. Most physicians have become hyper-aware of the addiction risks, and also that they are at the fulcrum of a growing problem. A Los Angeles doctor was recently convicted of murder and sentenced to 30 years after three of her patients overdosed. No physician wants to swap a lab coat for an orange jumpsuit. So they prudently move patients to a less-addictive option. Alas, the warm, fuzzy high isn’t there and sometimes those patients look for pills in other places. On the street, of course, there’s no copay plan. Each pill costs $25 or more. For someone accustomed to gobbling a half-dozen a day, that works out to thousands a month. Some stick with that model until their bank accounts and 401k’s are drained. Or until the shut-off notices start piling up. Others sell their possesions, however and wherever they can. In the end, though, addiction usually boils down to a matter of dollars and cents: How can I achieve my next high for as little as possible? It’s all about today. Tomorrow matters less and less the deeper a person tumbles into addiction.

This is where heroin typically enters the picture. Oxycontin and other prescription opioids are basically pharmaceutical spins on heroin. Heroin may not be as neat or as clean or as “safe” as pills, but with heroin an addict can stay aﬂoat all day for the same cost as a single street-purchased Oxy. And heroin is available everywhere. Take a look at your local police blotter and see where the arrests are taking place. In ofﬁce buildings. At shopping malls. Outside convenience stores and fast-food joints. The places you already go every day.

Sadly, people overdose and die from painkillers every day. It is a growing problem. Heroin, however, is an entirely different animal, and lately it’s been voracious. According to the Centers for Disease Control and Prevention, since 2010 overdose deaths among heroin users have tripled in the United States. About 1 in 50 addicts will die of an overdose. In New Jersey, the problem is far worse—at least three times worse, in fact. This year, heroin overdoses will kill more New Jerseyans than automobile accidents, homicide, suicide or AIDS. What that number will be—700, 800, 1,000, more—is anyone’s guess. But it will be a big number. 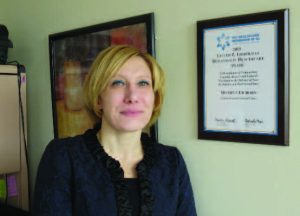 What is being done about this problem? First off, it’s not really a law enforcement issue. Heroin is so widely available in New Jersey that arresting dealers is like playing a carnival Whack-a-Mole game. Smash one down and another pops up immediately. Doctors have become more vigilant about over-prescribing and monitoring their patients’ use/abuse of painkillers, which certainly can stop a problem before it starts. However, there is some thought that closing down pill mills and, in general, being more judicious about reﬁlling prescriptions simply drives more people underground for their drugs, and ultimately into the arms of a heroin dealer. Also, in terms of the overdose epidemic, the availability of the life-saving drug Naloxone may actually embolden heroin users, who regard it as a sort of get-out-of-jail-free card, often with deadly results.

So we are left to deal with addiction in emergency rooms, in rehabilitation facilities, in jails and in the morgue.

ON THE FRONT LINES

Trinitas has been a leader in the ﬁeld of treating addiction, initially with its Substance Abuse Services Department and, beginning in 2014, with its Hospitalwide Screening for Substance Use Disorders project. Now every adult patient who is medically admitted to the hospital—regardless of how they present—sits down with a nurse and has a conversation about alcohol and drug use, during which an Alcohol Use Disorders Identiﬁcation Test (AUDIT) is administered and scored on a scale of 1 to 10. Some of these patients arrive at Trinitas through the ER with drug- or alcohol-related injuries, while others come to the hospital for scheduled procedures, such as removal of a gall bladder or foot surgery. Regardless of what brings them to Trinitas, when patients score an 8, 9 or 10, Michele Eichorn’s team is called in.

“At that point, we do a brief intervention using a technique called motivational interviewing,” she explains. “We have an honest conversation with the patient and really listen. If the person is agreeable, we’ll refer them to treatment and come up with a plan quickly, usually within a matter of hours, or at most a couple of days. It’s a very short window. And in order to ensure that people really are getting to treatment, we have a team of people—an addiction specialist who encourages them, a case manager who conducts outreach and helps people get into programs, and a therapist who is available to work with the individuals.”

Eichorn, who holds a masters degree in Social Work from Columbia University, initially became interested in the ﬁeld of substance abuse while serving in the Army. She worked with veterans’ drug and alcohol issues and later did an internship at the National Institute of Addiction and Substance Abuse. Eichorn’s research showed that substance abuse as a whole was growing. She saw a challenge and wanted to be on the front lines. When she ﬁrst arrived at Trinitas, she ran a program for drug-addicted mothers and pregnant women.

During the two short years the Hospitalwide Screening for Substance Use Disorders project has been up and running, between seven and 14 patients a month have been plucked out of the patient population and placed into drug or alcohol treatment. In the years prior, less than two percent of the patients for whom Trinitas counselors recommended treatment actually went. The project has already established itself as a difference-maker, Eichorn believes.

On the drug-addiction front, perhaps the most eye-opening number to come out of the Trinitas project is the breakout of alcoholism referrals vs. drug referrals: “What we noticed immediately was that, among the patients our team saw, there was a 50-50 split between chronic alcoholism and serious drug addiction,” Eichorn says. “That includes heroin and other opioids, medications like Xanax, and so-called club drugs. A number of people fell into both groups.”

While the Hospitalwide Screening for Substance Use Disorders project can help heroin users get into the in-patient rehab programs they need, the lack of detox beds available can mean addicts may have to wait two months to start. That delay often has tragic consequences.

“The demand for treatment has increased so much that now folks are literally dying on the waiting list,” Eichorn conﬁrms. “The problem we face is related to the availability of heroin. People are overdosing while they are waiting to get into programs. We know we may only have one shot to engage these people and get them into treatment.”

What stands out the most among the heroin users she sees?

“I’m a therapist so that’s what I can talk about,” Eichorn says. “What I will say is that many patients report that they have trauma in their background. And they have never been part of what we think of as ‘heroin culture’—communities where people are just hanging out and drugs are rampant. A lot of the individuals we see just don’t ﬁt that proﬁle at all. Something unfortunate happened and suddenly they are in this terrible, heartbreaking situation.”  EDGE

Editor’s Note: The Hospitalwide Screening for Substance Use Disorders project is funded by Medicaid’s Delivery System Reform Incentive Payment (DSRIP) program. Michele Eichorn LCSW, LCADC was a recipient of the 2015 Lester Z. Lieberman Award for Humanism in Healthcare from the Healthcare Foundation of New Jersey. She says if she could change two things about the current substance-abuse landscape it would be to make therapy services more readily available to a larger percentage of people, and to reduce the stigma attached to seeking help for substance abuse. “Rather than dealing with people in desperate situations, we could be dealing with them much earlier.”