A new book shines a light on women in the post-Civil War era.

History is written by the victors, philosopher Walter Benjamin once observed. Why then, Joanne Rajoppi wondered, had no one told the story of northern women in the wake of the Civil War. Rajoppi, whose day job as Union County Clerk gives her a unique appreciation for the power of documents, knew where to ﬁnd this story: in personal correspondence scattered throughout the country. The result of her three-year research journey is Northern Women in the Aftermath of the Civil War:  The Wives and Daughters of the Brunswick Boys, published by American History Press.

Rajoppi’s foray into 19th century cultural history began with her previous book, New Brunswick and the Civil War: The Brunswick Boys in the Great Rebellion. 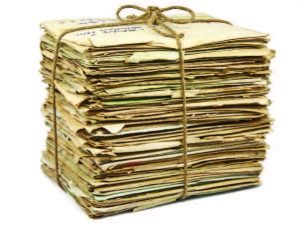 “It was based on the 110 letters my great-grandfather wrote home to his mother and sisters,” Rajoppi says. “It told the story of what was happening to him and to his family. After that, I wondered what happened to the women in the North. Many husbands didn’t come home, or came home broken injured. Unless you were wealthy or had an extended family, you could be in a lot of trouble.”

Rajoppi points out that there is plenty of literature on Southern women in the post-Civil War years, but remarkably little on their Northern counterparts. Women’s history from this period in general, she adds, isn’t very well documented.

“How did women survive? There were no social services,” Rajoppi points out. “My own great-grandmother lost her youngest son in the Civil War and her husband soon after, and was left to care for two daughters, one of whom was epileptic.”

To write Northern Women in the Aftermath of the Civil War, Rajoppi often had to get to the women’s stories by navigating through the men. She never imagined how difﬁcult the research would be, or how far it would take her—both intellectually and geographically. She ended up pouring through archives far aﬁeld from New Jersey, with stops in Detroit, Seattle and Los Angeles

“After the war many people moved west, including part of my family,” she explains.

The writing, Rajoppi says, was the easy part. The research required far more tenacity. The bonus for all the hard work was a deeper understanding of day-to-day challenges and occasional opportunities for women in the second half of the 19th century.  The invention of the typewriter, for example, had a huge impact

“It triggered a substantial change in education,” Rajoppi says. “High school teaching suddenly had a ‘commercial’ track. Middle- and working-class women now had the option to develop ofﬁce skills, which paid more than factory and domestic work. Ofﬁce workers made more than most teachers, too.”

Rajoppi says she was also struck by how quickly people died before the development of antibiotics and modern medicine. The poor treatment of the mentally ill hit particularly close to home. For more than a decade after the Civil War, epilepsy was categorized and treated as a form of insanity; some patients were “treated” by being chained. A criminal misunderstanding of mental illness persisted into the 20th century she says, citing the experience of her own grandmother.

“In 1921, she had a breakdown after her husband died and was sent to the New Jersey Lunatic Asylum in Trenton,” Rajoppi says. “The director of the hospital believed that insanity was caused by diseased organs, so he removed them. My grandmother was subjected to an intestinal operation and died within two weeks of sepsis.”

Anyone poking around in family history is likely to meander down some fascinating paths. Rajoppi is quick to add that there were numerous high points in her research—much of it making it into the book, but some of it not. Her favorite research gem? 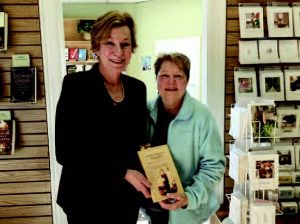 “I found out my family came over a year after the Mayﬂower!”

Editor’s Note: Joanne Rajoppi is a trustee of the Union County Historical Society. Her latest book is available for$21.95 online and in stores.