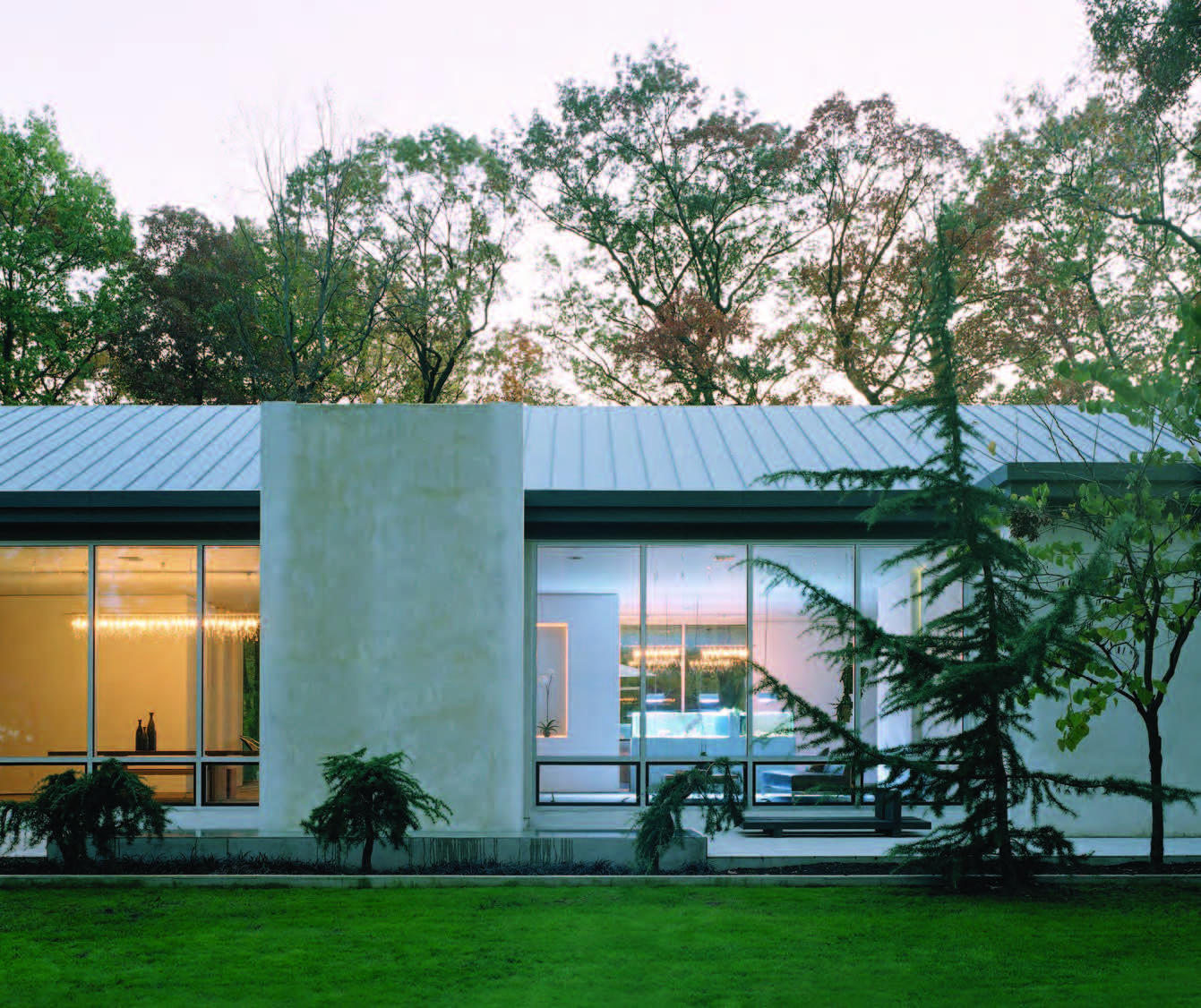 James and Tina Wissel’s single-story, three-bedroom, 4,000-square-foot home is not the only structure in Westﬁeld that ﬁts that general description. However, it is most deﬁnitely the only one of its kind. The Wissels designed their modern, single-story structure to take maximum advantage of their wooded, ¾-acre lot—pulling the outside in, and making the interior an open and inviting space for their family, friends and pets. They are living the dream few of us have the courage to pursue: a residence custom-built to accommodate their personal comfort, design sensibilities and family culture.

The more time one spends in the Wissels’ home, which was completed in 2009, the more apparent it becomes that every detail, from the daring to the mundane, began with an original thought—hardly a shock, as James and Tina make their living as original thinkers. James’ father was a home-builder, and as far back as he can remember he was good at bringing ideas to life with his head and his hands. Tina’s mom and dad were clothing designers; function and form are coded into her DNA. James and Tina designed computer animation and editing systems in the 1990s. Today, they co-own Pure Couture, a thriving ready-to-wear fashion business.

“We used our expertise and experience in design to create our home on a computer over the course of several months,” James explains. “From those drawings we made 3D scale models, and eventually these were translated into architectural plans.”

“Our goal was to create space we’d use every day,” she says. “We didn’t want to end up with a dining room we use twice a year.”

The Wissels achieved this goal with 11-foot ceilings throughout the home, including three 11’ x 18’ glass walls, ﬂoor-to-ceiling mitered corner windows, and a kitchen nook featuring a curved glass window that offers a panoramic view of the oaks, maples and wildlife in their back yard. The kitchen features sleek stainless steel, with a sink and stovetop that can be covered to integrate with the rest of the appliance surfaces. The home’s ambiance is heightened by an interior waterfall that separates the living and bedroom areas, creating a natural sound barrier in the process. An exterior waterfall obscures the massive 42” x 11’ front door and creates a unique little entry alcove.

The home required the extensive use of steel; engineered lumber was used to create a spectacular unsupported 33-foot span. 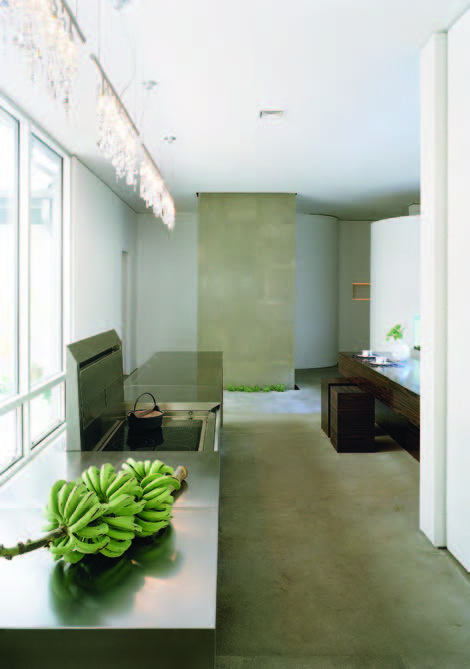 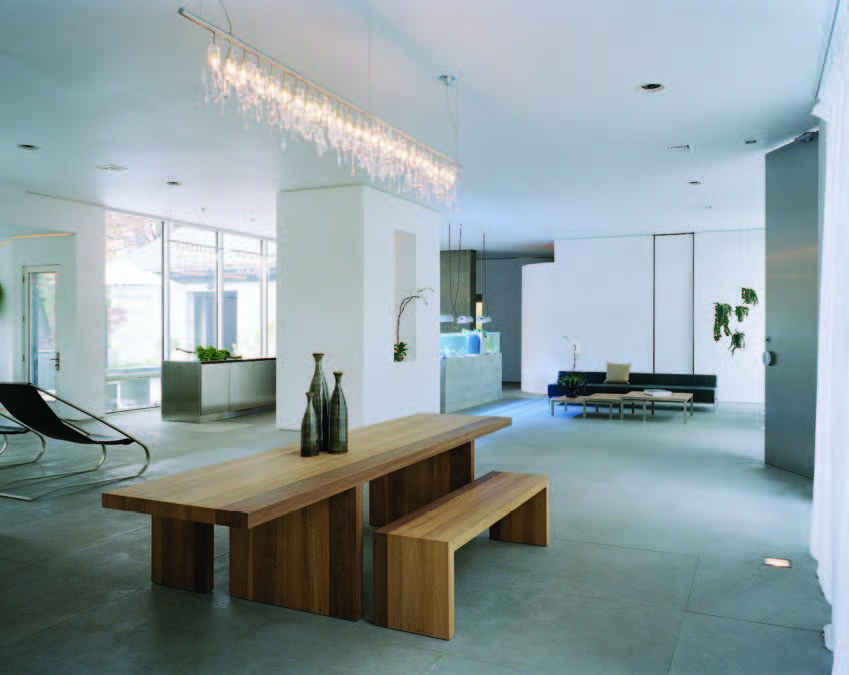 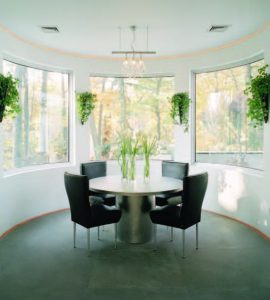 “From what we ﬁrst imagined, we achieved 85 to 90 percent of our initial vision,” James estimates, adding that although the goal of a designer is to marry form and function, sometimes one must be sacriﬁced for the other. “That’s how I come up with 85 to 90. We chose some details that are aesthetically pleasing but not very functional. However, in terms of what we wanted the house to be, we achieved.”

“They bring you closer to nature,” she explains. “We did a lot of landscaping before we built, and the way the outdoors pours in is breathtaking. I don’t think we fully appreciated the positive effect this would have on our children and pets when we were designing the house. The sunset, the moon, the hummingbirds—they’re out there free for everyone, but in other homes, you don’t always notice them. Here, they are at our ﬁngertips.