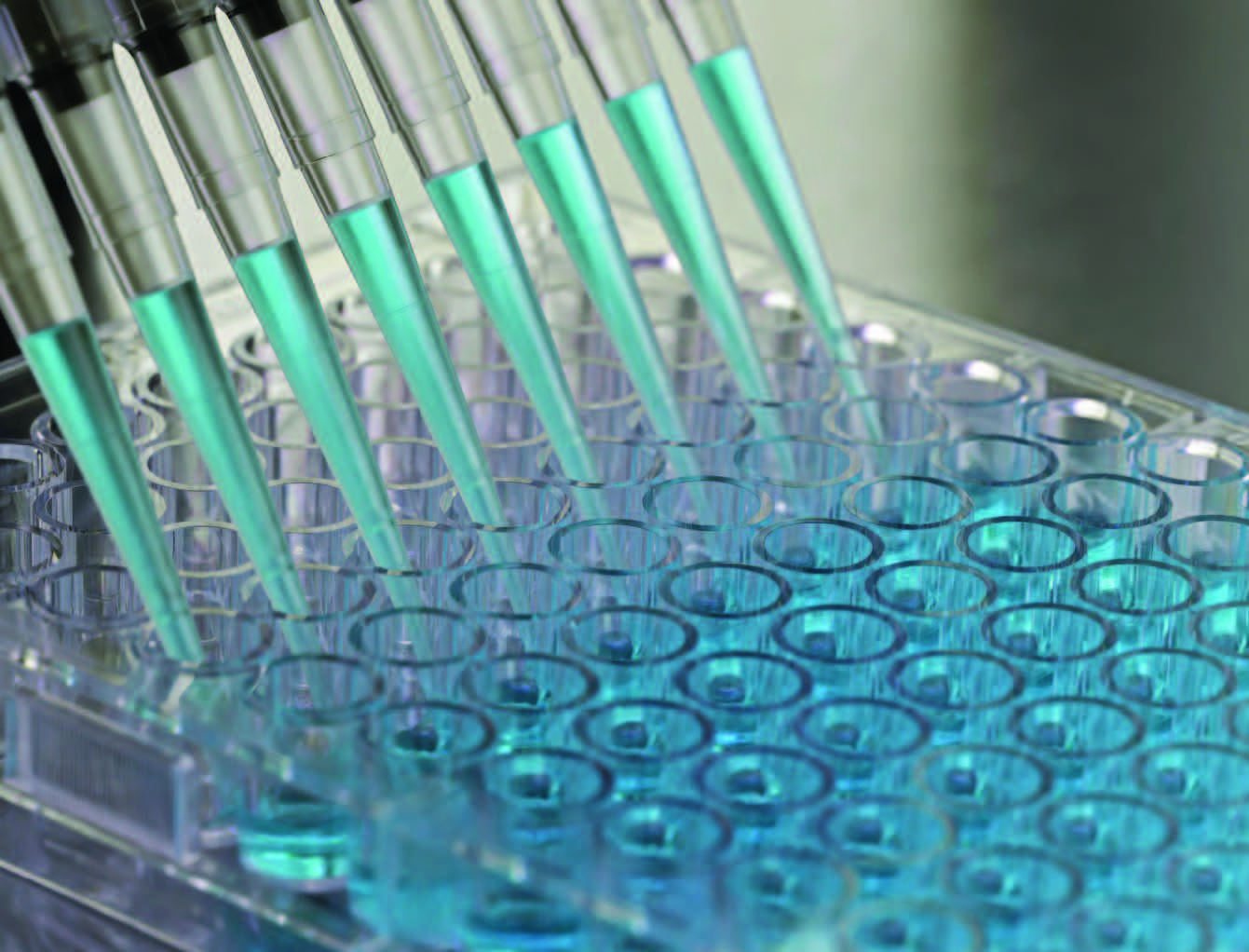 In the ﬁeld of medicine, today’s science fact can sound a lot like yesterday’s science ﬁction. In 2015, we read about back-to-front face transplants, mind-controlled bionic hands and smart antibiotics—all of which are here and happening. We also heard about cancer-killing nano-robots and head transplants, which are, as they say, “still in the works.” In addition to these headline-grabbing advances, researchers are building on earlier breakthroughs to improve the length and quality of human life 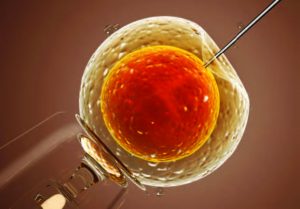 Consider, for instance, the Human Genome Project, which was completed in 2003 and which was covered in these pages in the spring of 2013. In the three years since, there have been a number of important advances in the treatment and cure of chronic and life-threatening diseases and disabilities. In the 2015 calendar year alone, scientists created the ﬁrst roadmap of the epigenome (which consists of chemical compounds that modify the genome and tell it what to do), discovered genomic information on how skin changes with aging and sun exposure, and learned how to use known genetic associations to improve the development success rates of new drugs. Scientists also reverse-engineered the complex genetics of infertility, which in turn triggered research that holds promise for up to half the people who experience reproductive difﬁculty.

Other recent breakthroughs that have a profound and ongoing impact on our lives range from targeted cancer therapies to stem cell research to laparoscopic surgical techniques. According to the National Cancer Institute, radiation and chemo may soon be replaced by treatments developed to hit molecular targets produced by the patient’s tumor itself. Cloned human stem cells, meanwhile, hold special promise for treating diseases of the heart and eye. And more than 2 million minimally invasive surgeries are done laparascopically in the U.S. each year, saving patients a lot of discomfort and saving the healthcare system countless billions. Recent advances in the treatment of migraines and Hepatitis C, as well as the development of a smarter pregnancy test, have also changed our lives for the better.

My picks for the top three breakthroughs of 2015, as mentioned in the opening paragraph, are (in no particular order) the face transplant, bionic limb and antibiotic stories. Back in 2001, volunteer ﬁreﬁghter Pat Hardison lost almost all of his facial features—including his hair and ears—battling a mobile home blaze. In 2015, he received the most comprehensive face transplant ever attempted, from a BMX biker who was killed in an accident. The 26-hour procedure was performed by a team of more than 100 doctors, nurses and technicians, led by Dr. Eduardo Rodriguez of NYU Medical Center. They grafted both the front and back of the donor’s head to Hardison’s.

In Austria, three patients received robotic hands that can be manipulated directly by the brain. The bionic hands have sensors that respond to electrical impulses from muscles that were transplanted from their legs to their arms. A few years ago, people who lost hands in traumatic accidents had to make do with mechanical prosthetics. The three Austrian men are able to button their shirts and pour water—tasks that were all but impossible with the old technology.

Perhaps the most important breakthrough of 2015 emerged from the battleground with drug-resistant super bugs—with emphasis on ground. Bacteriologists at Northwestern University discovered teixobactin while studying soil bacteria. The drug safely killed even the toughest infections it encountered in trials with mice, and human trials may not be far away. 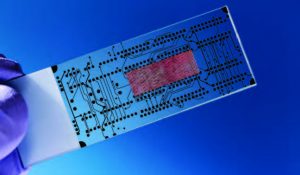 What kinds of breakthroughs will we be writing about a year from now? That’s impossible to say. So much work is being done outside what we consider the mainstream that one never knows where the next big story will come from. However, we do know what’s in the pipeline. According to the Cleveland Clinic, the Top 10 medical innovations for 2016 are likely to be:

All of this potential in the various ﬁelds of medicine is exciting and exhilarating, Yet at the same time, it raises some crucial questions. Where will medical technology and advances in treatment take us as a society with regard to certain moral and ethical issues—such as unbridled longevity, genetic manipulation, and enhanced intelligence? And how will all these medical miracles impact us economically, politically and socially?  Big questions for big breakthroughs. 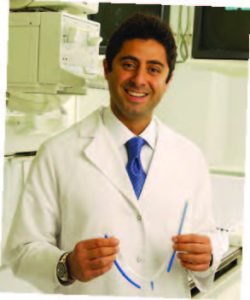 Trinitas OB/GYN Chairman Dr. Labib E. Riachi, is dedicated to neutralizing the taboo regarding female urinary incontinence. Recent advances in technology have reduced a previous 2–3 day post-surgery stay in hospital to a 5–10 minute, same-day outpatient visit. In lay terms, he summarizes the operation as employing a piece of polypropylene mesh, which he calls “Scotch tape,” that works 90% of the time to reduce 90% of any incontinence issue. “The tape is getting smaller and the surgery even shorter,” says Dr. Riachi, whose subspecialty is female pelvic and reconstructive surgery. He is committed to educating physicians and their female patients to eliminate any embarrassment about a problem that can now be corrected quickly, safely and easily, “yet can change a woman’s life 180 degrees.” 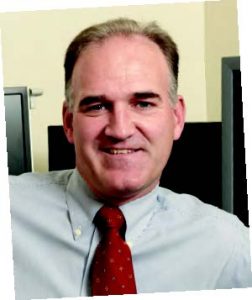 In the ﬁeld of Radiology, says Dr. Eugene Kennedy, Chairman of the Trinitas Radiology Department, signiﬁcant advances tend to build off of breakthroughs “that happened a while ago, but just continue to expand and develop,” such as:

Pressed to choose one recent breakthrough, Dr. Kennedy says that the Picture Archiving and Communication System (PACS)—which he uses in his private practice—helps him to supply the best possible patient care. One of its sweeping innovations, he explains, is that “PACS images can be viewed simultaneously by numerous different individuals in diverse places.” This makes possible real-time consultations between radiologists and other MDs. 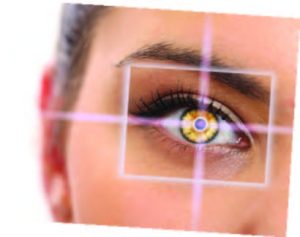 A decade from now, we will be celebrating these ﬁve medical breakthroughs:

1 Vision Quest: Microchip implants will help the blind to see.

3 Rewired: Microchip technology, along with a matrix of ﬁber optic wires, will bridge damaged areas of the brain to cure a multitude of neurological conditions…and possibly even expand human brainpower.

4 Uplifting: Nanotechnology will be applied to a variety of age-reversing procedures.