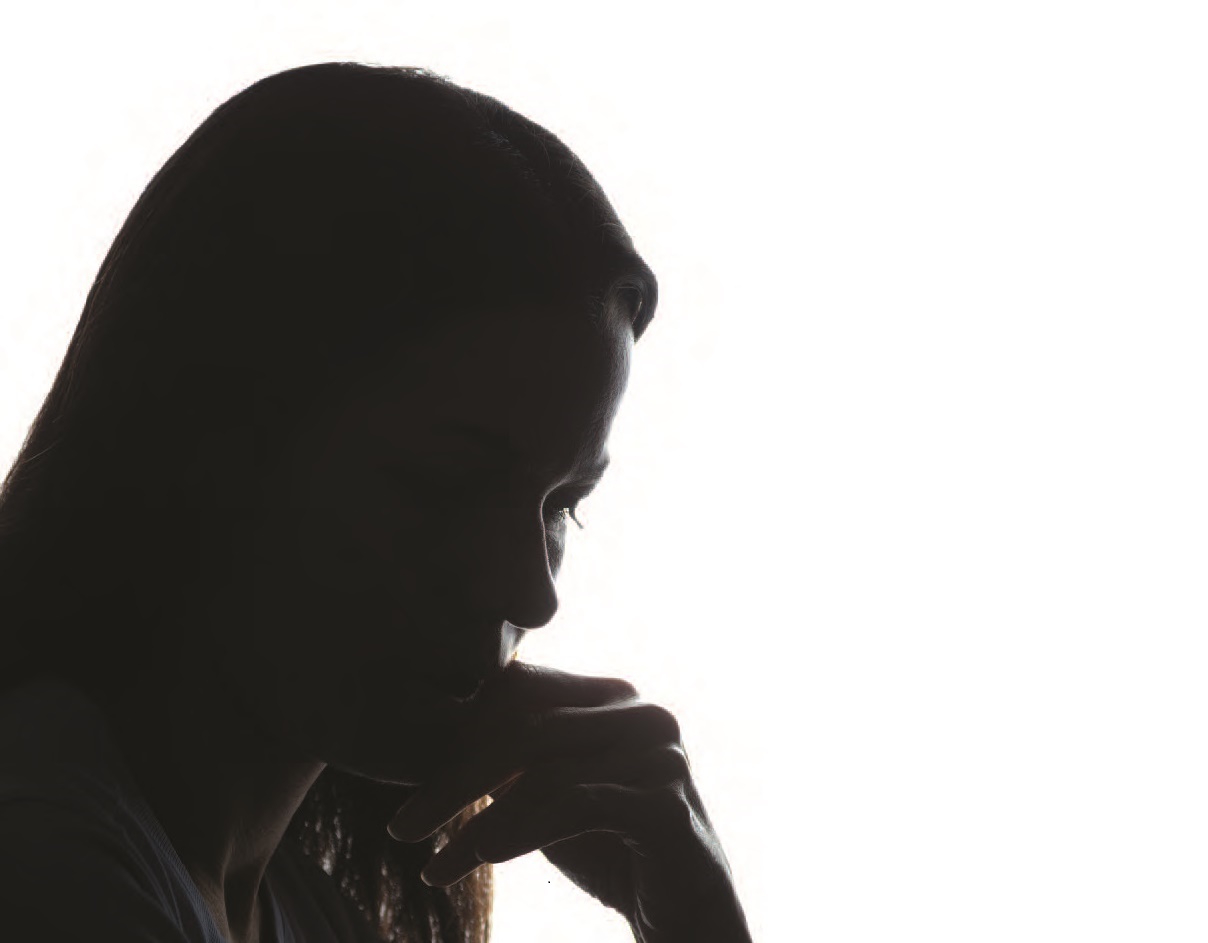 When drugs won’t work for depression, what’s the next move?

According to the Centers for Disease Control, 1 in 30 people in America will deal with major depression this year. The prevalence of major depressive episodes increases with age, with the rate climbing to 1 in 20 for people between the ages of 46 and 64. Over 65, the number of severe cases declines, but about 10 percent of American adults over 65 will develop what could be considered “mild depression”—which is a gentle way of saying it’s a diagnosable depressive disorder.

Overall, women are at least 50 percent more likely to report a significant depressive episode. Roughly 11 percent of adolescents will deal with a depressive disorder by the age of 18, while 30 percent of college students report that they felt sad or depressed to the degree that it affected their ability to function in school. 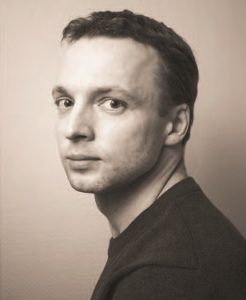 You can quibble with these numbers—they rise and fall depending on clinical criteria and also who’s doing the studies—but there is no arguing that depression has a crippling effect on almost every aspect of the pursuit of happiness in America. On one end of the spectrum, it may involve temporary sadness (aka “the blues”). On the other end, it can last indefinitely, profoundly diminishing quality of life to the point of complete dysfunction. According to the Anxiety and Depression Association of America, depression is the leading cause of disability worldwide. People with depression may also suffer from anxiety disorders, which are different, but share similar symptoms—including insomnia, the inability to concentrate, nervousness, and irritability. 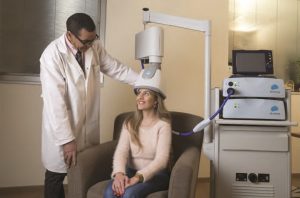 The good news is that doctors have an ever-growing arsenal of pharmaceutical solutions. These medications have changed the game for millions of sufferers. The not so- good news is that a high percentage of individuals—as many as half of the 15 million people experiencing depression—either cannot tolerate or do not respond to these drugs.

Enter Transcranial Magnetic Stimulation (TMS), an FDA cleared non-invasive treatment that uses magnetic fields similar to an MRI to stimulate the brain. The treatment has no systemic side effects and requires no hospitalization or anesthesia. To date, the therapy has been proven in more than 60 clinical trials worldwide.

The Trinitas-St. Joseph’s Behavioral Health Network has partnered with HPR Treatment Centers (a division of TMS Centers of America) to offer BrainsWay Deep TMS at two treatment facilities in Essex County, followed by another six sites throughout Northern New Jersey over the next year.

Despite being a newer treatment for depression, TMS is a proven option with impressive efficacy rates and research results.

“TMS is indicated for the treatment of adults with major depression who have not responded to at least one antidepressant,” says Dr. Carlos Rueda, Chairman of Psychiatry for the Trinitas-St. Joseph’s Behavioral Health Network. “We are excited to bring this therapy option to the residents of New Jersey, offering new hope for a complex condition.”

“This partnership allows us to work with two of the leading medical institutions in the state to provide a comprehensive continuum of care to treat those suffering from depression,” adds Ben Klein, Founder and CEO of HPR Treatment Centers. “We have been offering TMS to patients across the country and know firsthand the significant impact the treatment has on patients. We have seen people with depression—who have lost hope— regain it when they achieve remission through TMS.”

“Depression is believed to be caused by electrical dysfunction of one region of the brain, known as the dorsolateral prefrontal cortex,” explains Dr. Rueda. “Through a highly focused and targeted magnetic stimulation, we’re able to boost the function of the brain in this region, allowing for a remission of the depression.” Because TMS is a non-drug, non-invasive treatment, patients are awake during the procedure and can get back to daily activities, including driving, immediately following the session.

“We look forward to working with HPR Treatment Centers to help Trinitas and St. Joseph’s deliver optimal mental health solutions to their patients and partner with them in this initiative that will address a growing challenge in treating mental health patients,” says Joe Perekupka, Vice President at BrainsWay. “HPR Treatment Centers have demonstrated true leadership in increasing access to Deep TMS for patients across the country. By providing the tools necessary to help these facilities treat patients who are suffering from mental disorders, we are enabling better outcomes for patients.” 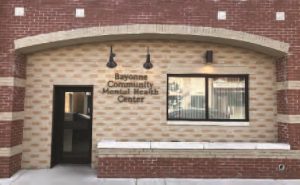 Elizabeth-based Medical Center assumes ownership of Bayonne Community Mental Health Center The healthcare world is in a rapid state of transformation where new opportunities often arise to elevate the level of care. Such an opportunity presented itself in 2017, when the Board of Trustees of Bayonne Community Mental Health Center (CMHC) elected to have Trinitas Regional Medical Center assume ownership of the CMHC. “This transition to ownership by Trinitas promises to be as seamless as possible. There are no plans for any interruption or major changes in the name, services, personnel, hours, location or anything else that would impact the clientele or the community,” explained Joseph M. Kadian, Psy.D., President and CEO of the CMHC.

According to Gary S. Horan, FACHE, President & CEO of Trinitas, “In line with Trinitas’ historically strong leadership role in mental health and substance abuse treatment, the Bayonne community can expect to receive the highest level of care it has come to know and rely on during the span of the Center’s 46 years of service. Trinitas plans to upgrade important elements of administration, including electronic medical records, computerized registration and billing software, and high-speed telecommunications equipment.”

THE ROOTS OF TMS 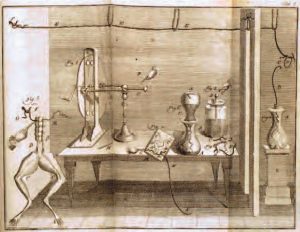 The field of Electrophysiology (of which Transcranial Magnetic Stimulation is a part) is nothing new. In fact, it dates back centuries. Near the end of the 18th century, Luigi Galvani first performed the same experiment you probably did in high-school Biology: noting that the legs of a dead frog twitched when touch by an electrical current. Galvani’s name is still with us today (galvanization). Several decades later, another giant in the history of science, Michael Faraday, did groundbreaking work in electromagnetism and electrochemistry, which established the foundation for research on brain stimulation through electricity and magnetism. By the mid-1900s, electroconvulsive therapy was widely used to treat major depression and other forms of mental illness. The first use of magnetic fields on electric signaling in the brain began in the 1980s, primarily for diagnostic purposes. By the early 2000s, however, researchers started noting the therapeutic possibilities of TMS.

Editor’s Note: BrainsWay Deep TMS was developed in collaboration with the National Institute of Health (NIH) and is FDA and CE cleared to treat patients with depression who are not currently responding to medication. The treatment is widely covered by most insurance payers. For more information or to make an appointment, call (631) 807-5759.