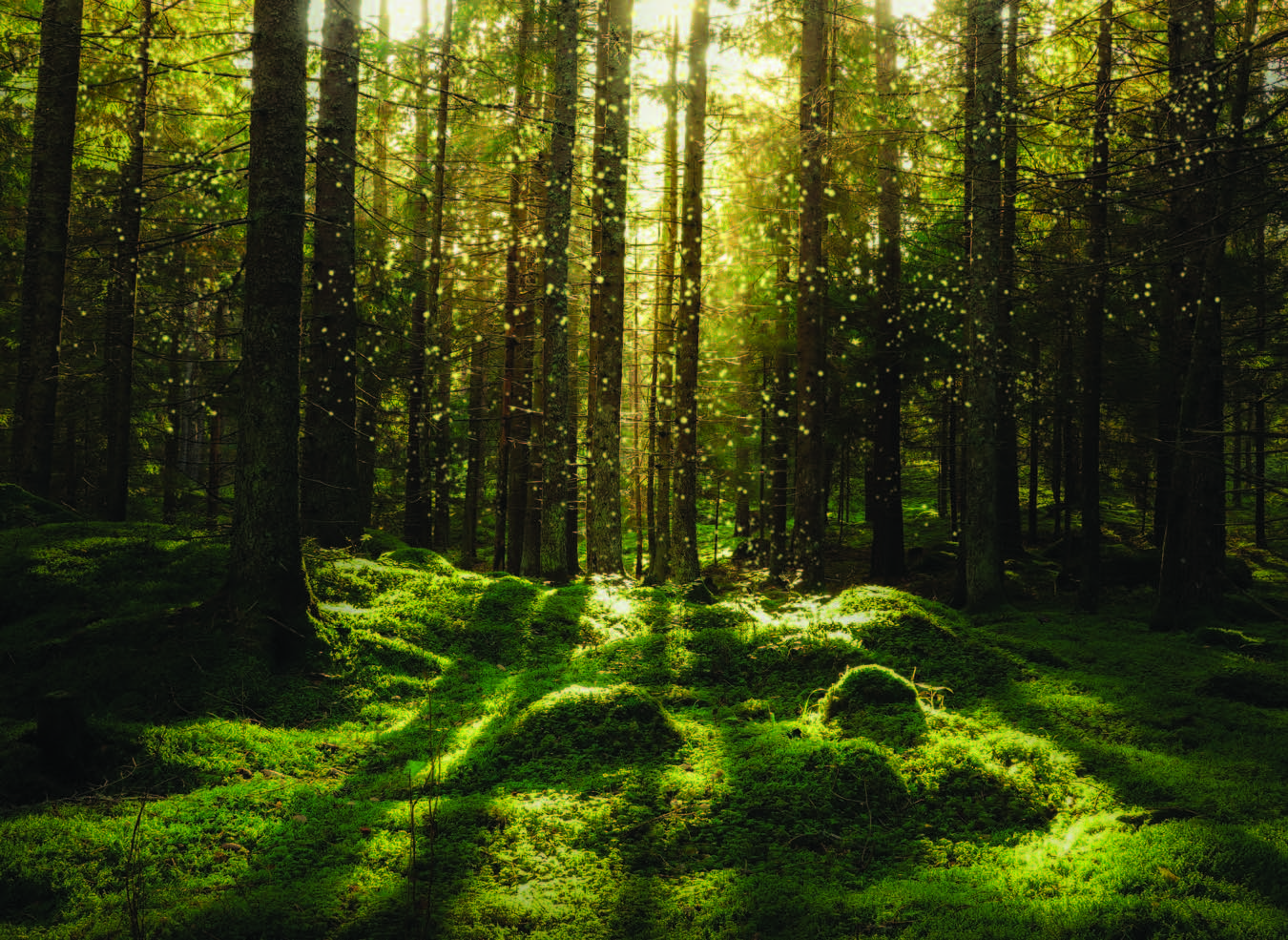 Heads Up, Eyes Down -

Dan Lipow May Be Foraging at a Meadow Near You

Right now, Dan Lipow is talking chanterelles. Don’t stop him. You’ll miss the opportunity to learn more about the princess charming of wild mushrooms than if you’d had an encyclopedia on the fruiting body of a fungus implanted in your brain while you slept. Because no tome on wild mushrooms—or most anything else that grows in the wild—can pinpoint for you the precise locations where such not-so-buried treasures lie like Dan Lipow can.

Ok. Chanterelles. This could be a great summer for chanterelles. As well as for, Lipow says, day-lily ﬂower buds, purslane, wild ginger, elderberry, garlic scapes and sea beans. But you’re stuck on mushrooms? 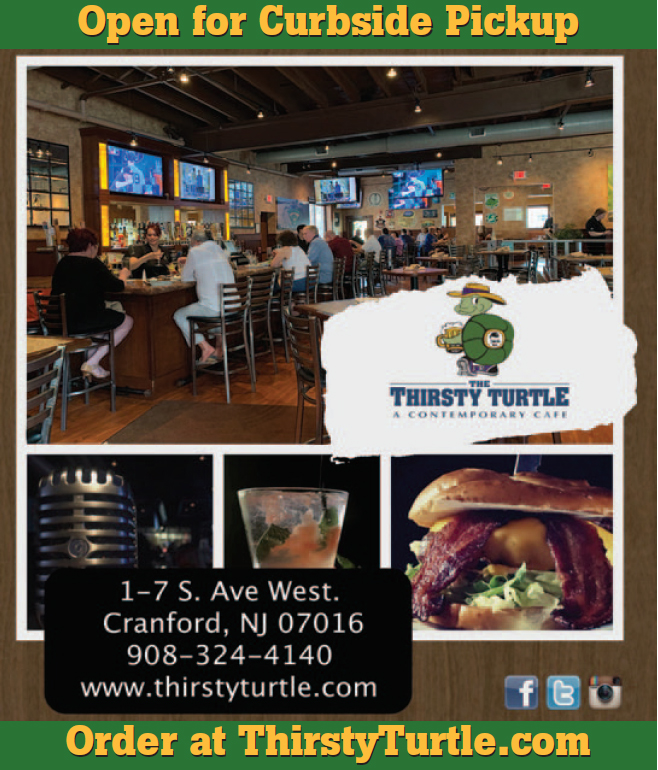 “I’ve known Dan Lipow since 2006, 2007,” Richer says. “His love for food has kept evolving and intensifying. Fact is, my success has a lot to do with Dan’s support.”

Russell Farr, a soccer coach who lives in Morristown, hears the name “Dan Lipow” and immediately exclaims, “The ramps! The ﬁddleheads! The nettles! Dan’s selection is more than unique. It’s led me to a lifestyle. I started going to the farmers’ markets just to talk with him.” 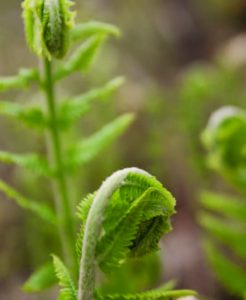 So who is this maestro of the meadows, the scavenger of the streams through the woods, the lord of the locavores? And what is The Foraged Feast, his burgeoning enterprise that, in short order, united the best foragers here in New Jersey with foragers in other prime-source parts of the country in order to bring wild things safely into home kitchens of the Garden State?

For someone who appears to live a kind of swashbuckling existence of thrashing out into territories less-than-tamed, Dan Lipow is warm and friendly, welcoming and inclusive, a natural teacher and a deep believer in connecting novice to expert.

Born in New York City, raised in Connecticut and lucky enough to have a relative with a farm where he ﬁrst encountered wild things, Toddler Dan was enthralled with the berry patch in his own suburban backyard. 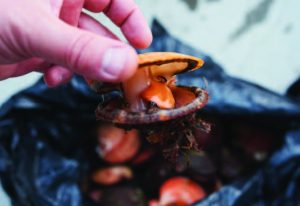 “It was a mature patch, red raspberries and blueberries, and I used to pick the berries. A lot of berries,” he says. “My parents put in a vegetable patch. They put in a row of asparagus—we grew all sorts of stuff.”

A nearby apple orchard, trips to Long Island Sound for ﬁshing, and “big, really big trees—there must’ve been morels there, with those big, old trees” occupied his time and mind. His family moved to Greenwich, and soon Teenage Dan was eyeing “massive oysters that we’d pop open” and “digging steamers and quahogs.”

Flash forward. He didn’t go to college right after high school, but strapped on a backpack and took off for Europe. It was 1987 and he was 18. “In Greece, a big gyro was 25 cents. All the stuff I ate there, I wouldn’t’ve eaten here. I hit 13 countries, going by ‘Let’s Go,’ ” the budget-friendly travel guides.

He returned to the U.S., worked in photography and went to Boston University for a year “so I could get into the Brooks Institute of Photography in Santa Barbara, California.” Three years there taught him much about California cuisine and even more about Mexican foods.

Soon, he was a sought-after photographer in New York City, traveling the world—and eating its cuisines. “I’d have an assignment, three weeks in Tokyo, for instance, and carte blanche for meals.” By the time Lipow was 30, he’d been to dozens of countries and “experienced food everywhere.” 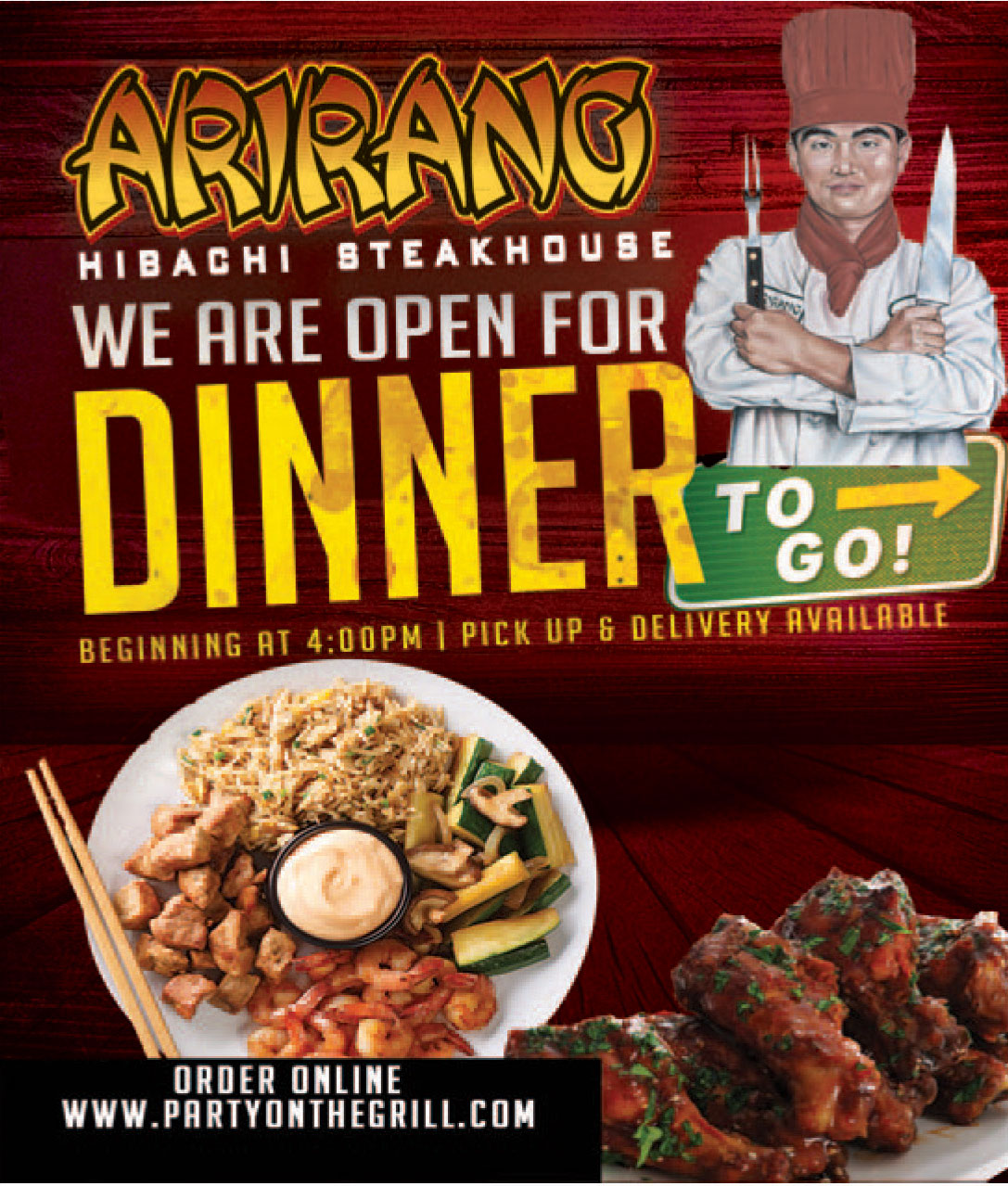 He spent ﬁve months in Southeast Asia on a project of his own creation through the United Nations Human Rights Council. In consort with Habitat for Humanity,  he documented issues in children’s habitats, the conditions, the realities. He presented his work at a U.N. conference in the mid-1990s.

But by the end of the 20th century, he’d met his culinary-adventuring dream:

A giant Puffball. A mushroom that can grow to the size of, say, a basketball.

A friend who knew of Lipow’s prowess in the kitchen said, “You’ve got to Iron Chef this thing.”

“I went to the Whole Foods in Chelsea and stocked up,” Lipow says. “I cooked and cooked with that Puffball. Roasted. Made stock. Sir-fry. Cubed it—sugar plum and pepper balm. That giant Puffball opened the door. It could make magic.” 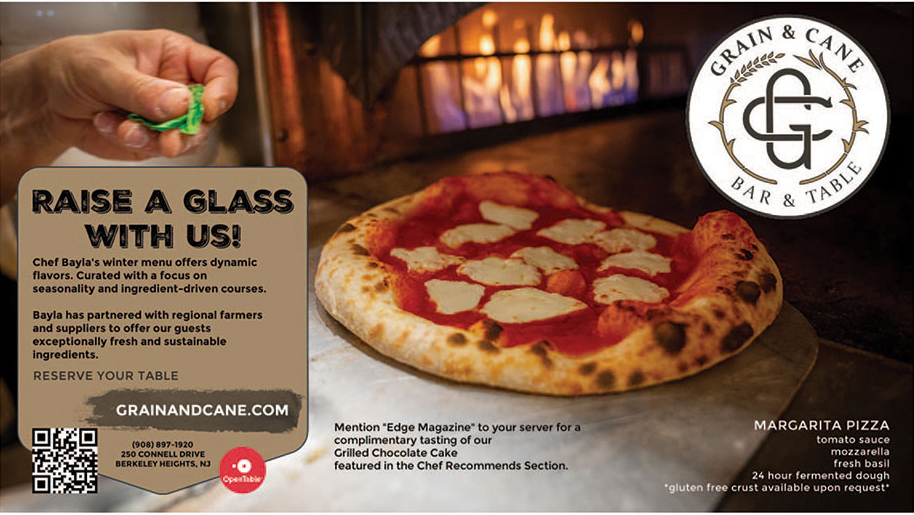 Soon Lipow was tutoring himself in mushroom studies. He was also studying foraging, and going for hikes in New Jersey, Connecticut, upstate New York.

“I was good at identifying mushrooms, and bringing them back home and using them. I was taking it all very seriously; I’d suck up the information.”

Meanwhile, Lipow and his wife decided in 2005 to move to Maplewood, where he was even more clearly able to see and experience the seasons and the cycles of what grows in the wild.

“You don’t see that in New York City,” he says.

He began to realize he was a true forager, understanding what edible treasures were right there, if not in plain sight, at least able to be unearthed by the knowledgeable eye. 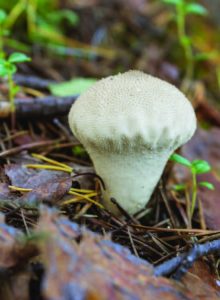 “Knowing that about a forest is very powerful—knowing where the chanterelles exist. I want to ﬁnd those [treasures] in that environment, understand the sense of place, the environment, the possibilities.”

He found his perfect world, “a world where you can’t stop learning.” And what he discovered in New Jersey is “its many, many terroirs; it’s not like everywhere else. There are lower and upper reaches, hillsides, valleys. Here in Maplewood, we sit in the Watchung Range. Sussex County has terrain a lot like Appalachia. Glaciers came down to just north of I-78.” 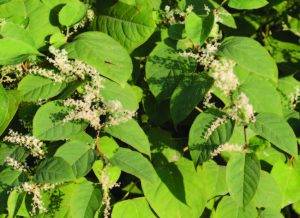 Soon a sign in the window of Arturo’s in Maplewood attracted Lipow’s attention: “Home-cured duck prosciutto.” That sign was written by its then-chef/owner Dan Richer, who was splicing authentic regional Italian dishes into the old pizzeria’s menu. Kindred spirits in more than ﬁrst name, the Dans started collaborating.

Says Richer: “Dan taught me where the ramps are. When garlic mustard is in season. What Japanese knotweed is.

Back when farm-to-table what not yet a thing, I learned how exciting a walk in the woods with my friend could be. He brought these things to my menu—and they bring joy to people’s meals. It’s all so special.

“When Dan was considering transitioning from photography to foraging, well, I thought that was a  no-brainer. I just told him to bring it to me, and I’d cook with it.”

A new career was born.

“I’d show up with wild maitakes and we’d roast them in Dan’s pizza oven at Arturo’s,” Lipow recalls. “I’d ﬁnd things, I’d call him, and he’d say, ‘Bring them over!’ We’d then go in for tastings he’d make just for us.”

Those tastings, Richer says, expanded from private  to reservation-only Saturday nights. Then a second tasting night was added. Indeed, on the basis of those resolutely original, hyper-seasonally focused tasting menus, Richer was nominated for a James Beard Rising Star Chef Award. 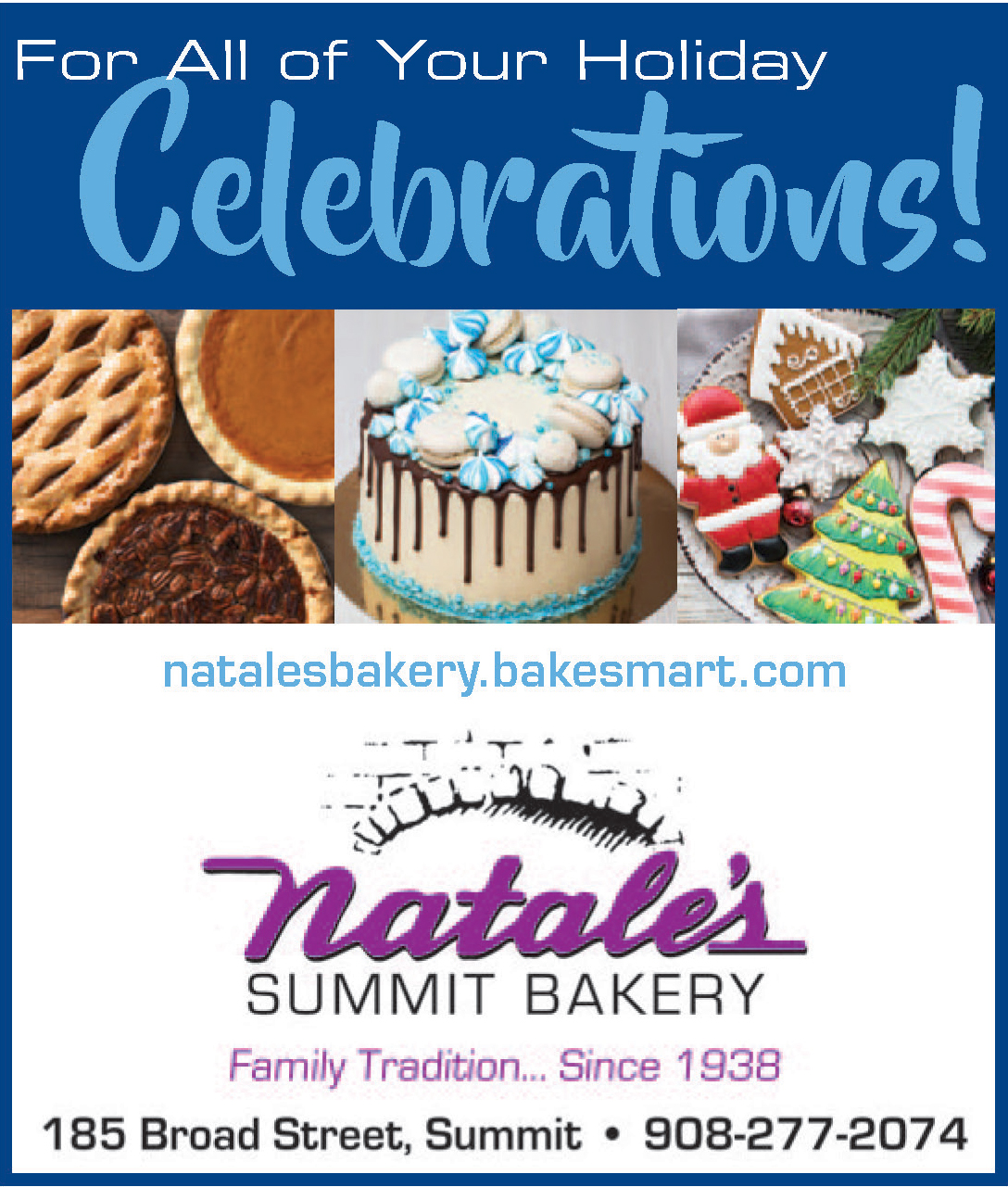 Lipow found other chefs willing to follow the forager along uncharted paths in the Garden State. By 2016,  The Foraged Feast was rocking at a half-dozen farmers’ markets in New Jersey, and Lipow was working with other four-star foragers “as an aggregator… of the  best-quality foraged and cultivated mushrooms,” as well as seasonal foraged fare such as those cherished sea beans, ramps, spring onions, spiky Devil’s Club Shoots, green briar tips, Juneberries, and what to some is  pesky knotweed, but to Lipow is easily broken down  by stovetop cooking until it caramelizes to pure deliciousness. 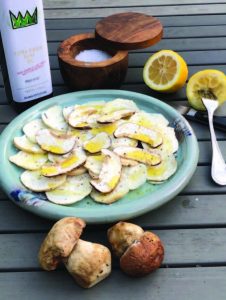 He’s caught the attention of revered chefs, including Justin Antonio of Summit House, who “purchases mushrooms from him all year long” and makes spotlight dishes that include “his wild watercress, which I puree and serve with grilled calamari, preserved lemons, his ramps and his ﬁddleheads. I use his maitakes in a salmon dish, with fermented Napa cabbage, and I also roast his maitakes with pastrami spice. He challenges us all the time. No one I’ve ever met has more knowledge of his product than Dan Lipow.” 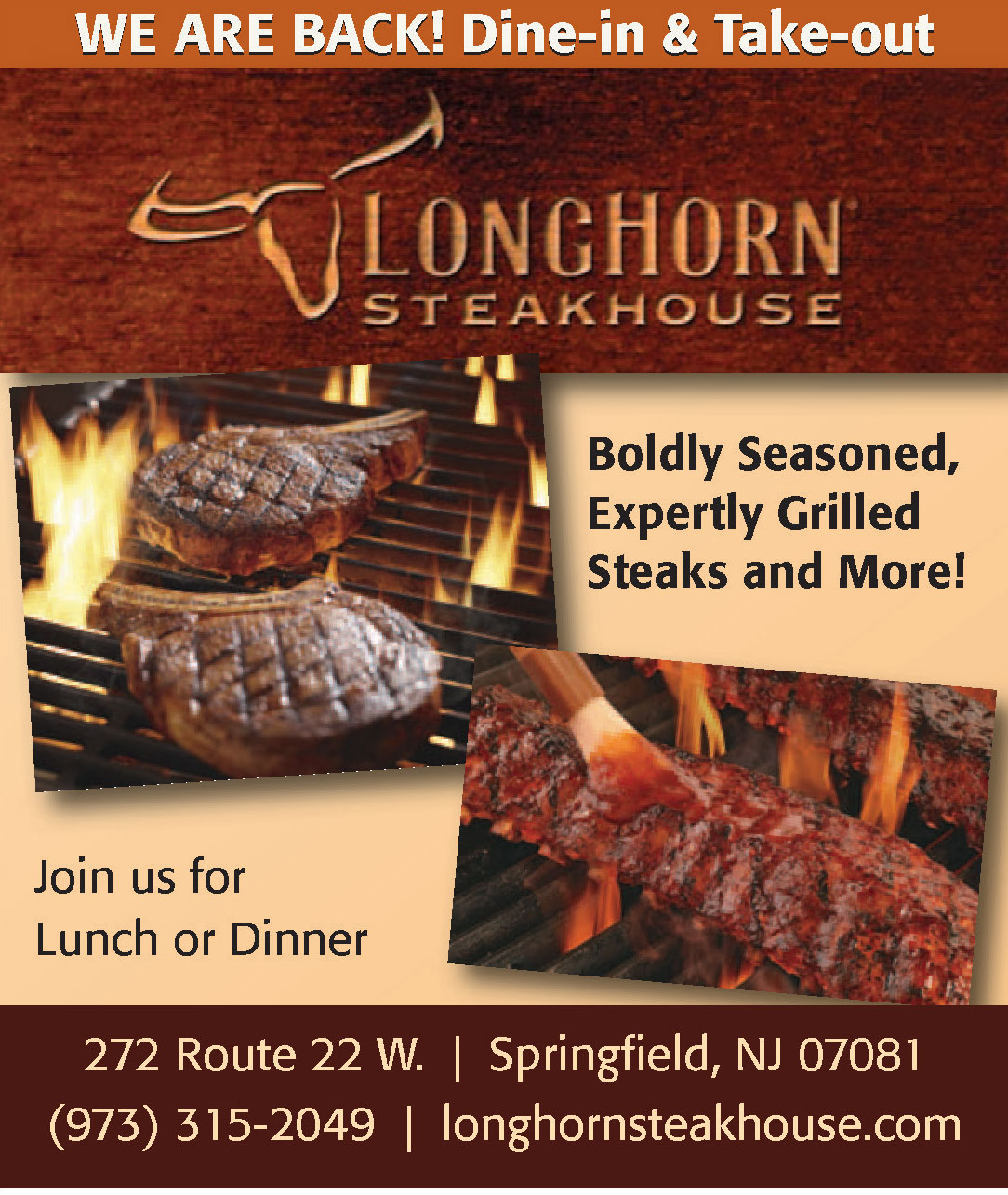 Melissa Goldberg of Short Hills, the founder of the Farm & Fork Society CSA, is another fan who uses his mushrooms in virtually everything she cooks: “Omelets, tarts, soups—if I’m cooking, and Dan’s mushrooms are in my kitchen, I throw them in! Have you had the velvet pioppini?” She pauses to exhale. “In a tart? With pasta? He opens people’s eyes to the world of mushrooms. He has such a connection to the Earth.”

One recent night, Dan Lipow is talking about his culinary colleagues at Garden State Kitchen in Orange, where he has his warehouse and often mingles with artisans preparing foods for market. He’s talking about the chefs he forages for, the customers who are now friends, the satisfaction he gets from sharing food and stories.

“Food can get staid and boring if you don’t experiment,” he says. “But there’s inspiration all around.”

He takes a (rare) breath, then continues: “It’s always about looking for that great morsel—that morsel that someone makes into that perfect bite.

“You know, I’ve got these great porcini. I shaved them, drizzled with lemon juice and extra-virgin olive oil. Sea salt, black pepper. It was so— I’ll send you  a photo.” EDGE

Editor’s Note: Dan Lipow is on Facebook and Instagram through www.theforagedfeast.com. He can be reached at The Foraged Feast through email: theforagedfeast@gmail.com.