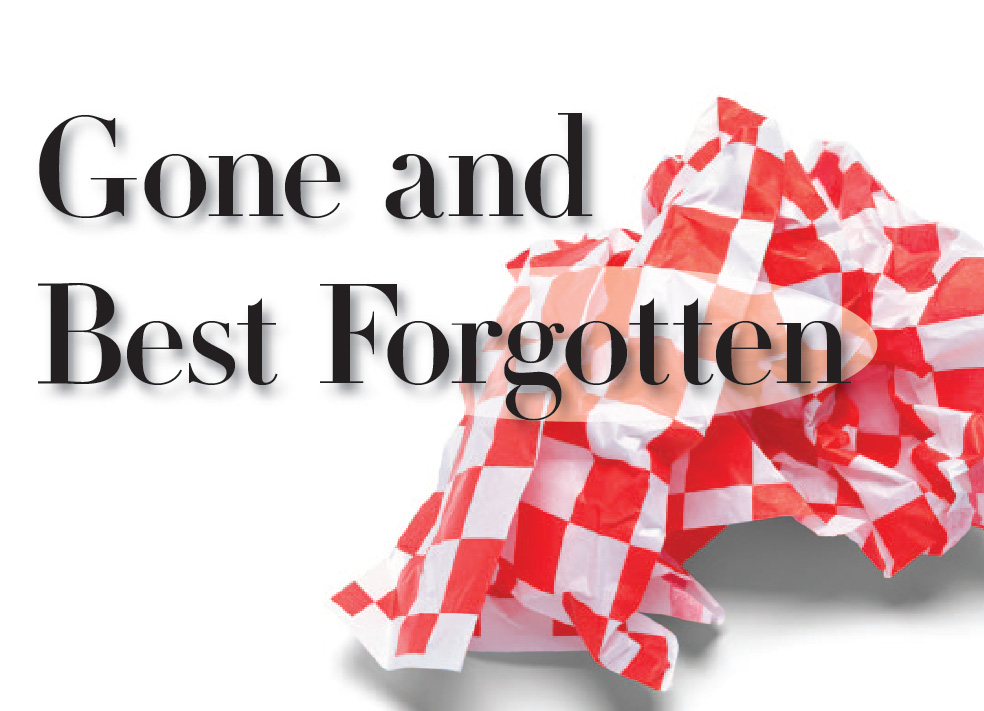 These daring fast-food concoctions had high hopes… but barely made it out of the Drive-Thru.

The 2020’s are technically my seventh decade as a fast-food connoisseur and, as my GP recently commented, I have the cholesterol and blood sugar to prove it. I am no longer a regular at drive-thru’s because you only get two hearts in a lifetime, but I am still a willing crash-test dummy for anything that sounds new and different, even if it also sounds a little disgusting. Some great ideas have come and gone in my lifetime, as have some horrible ones, and I’ve probably tried them all—including the good, the bad and the ugly. These are the ones that have stuck in my mind. And probably in my descending colon… 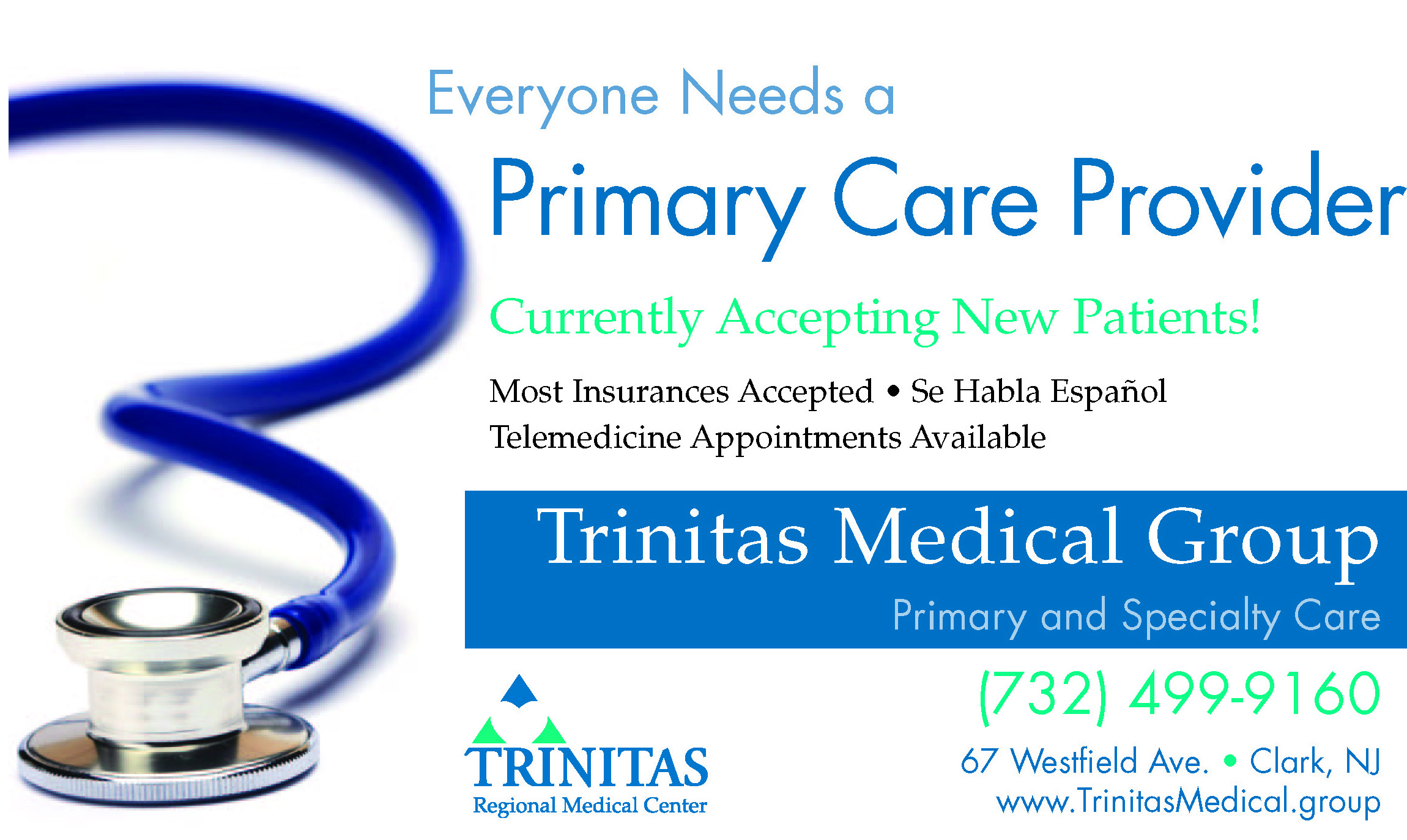 THE GOOD – “It kills me that they stopped serving these before they could kill me.” 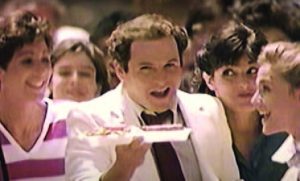 Wait. What? Is that EDGE 2020 cover boy Jason Alexander doing a Broadway-style pitch for Mickey D’s? You know it is! Long before his Seinfeld days, Alexander was hawking McDLT’s on TV (Google the YouTube video). The hot side stayed hot, the cool side stayed cool and the elaborate packaging probably makes up a third of the Great Pacific Garbage Patch. Don’t get me wrong…this was an exceptional fast-food burger, but by the early 1990s all that polystyrene—as well as the equipment that heated the burger side and chilled the lettuce and tomato—was simply unsustainable. 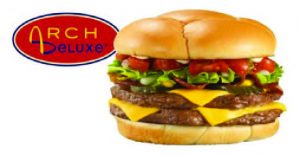 A Quarter-Pounder on a potato bun with peppered bacon aimed at sophisticated palates. The hundreds of millions (!!!) McDonald’s spent during a half-decade developing and marketing the Arch Deluxe, which for the record was delicious, missed one small detail: Sophisticated palates don’t slow down for the golden arches. 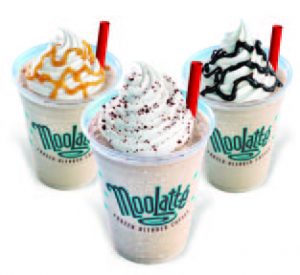 I have been at the table for a number of branding skull sessions in my career and I can say without hesitation that, had I been in the same room with the person who suggested this racist-adjacent product name, I would have dumped my (otherwise delicious) coffee ice cream drink over his or her head. 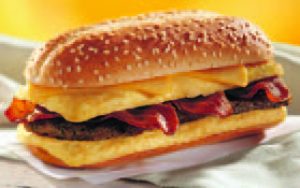 In a bid to steal market share from the Egg McMuffin, BK loaded up one of its long chicken sandwich buns with two eggs, bacon, sausage and cheese. You could also add ham in some restaurants. Nothing not to like, right? Well, I thought it was pretty good but, like COVID-19 it tended to kill its host. After some initial success the sandwich suffered from bad press and was discontinued. 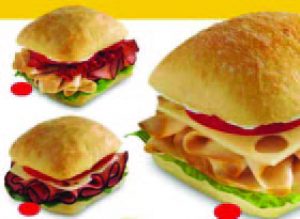 With the sudden rise of Subway, Blimpie and other sandwich chains in the early 2000s, Wendy’s decided to compete by adding a line of deli-style sandwiches to its menu. They were tastier than their better-known competitors, but the sandwiches came out slow and sometimes a little sloppy—and disappeared within two years. 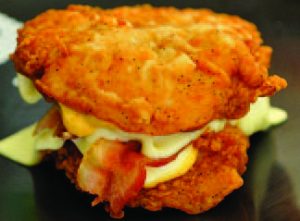 Give KFC a little credit. The colonel knows his customer. That being said, after consuming my first Double Down, I felt good knowing that my wife had just completed a CPR course. When she narrowed her glance and pointed out that the “sandwich” was not a sandwich at all—and contained a full day’s supply of saturated fat, sodium, cheese and bacon—I replied, “Fine, I won’t go back for two days…because I just ate two. Ha!” 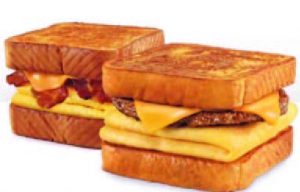 I had been watching the two dolts in the Sonic commercials for years before a Sonic popped up near my home in New Jersey. I found the menu uninspiring until I stumbled upon the French Toaster, which was similar to Burger King’s “enormous” sandwich, but with two pieces of French toast instead of a bun. I was in high-cholesterol heaven. But then, just like that, Sonic replaced the best part with Texas toast. Doggone it!

THE BAD – “Was this trip necessary?” 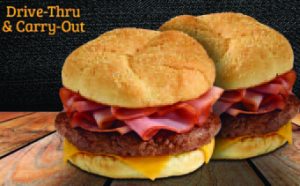 I spent a summer in Pennsylvania in the early 1970s and the only fast-food joint within bike-riding distance was Roy Rogers. Their hamburgers were okay when you loaded ‘em up at the Fixins Bar, but what caught my attention was all the grownups ordering the marquee menu item, the Double-R Bar Burger—a hamburger with ham piled on top. I still don’t know why the word “Bar” was in there; maybe they had all stumbled in from a bar, because I tried one and that would have explained a lot. 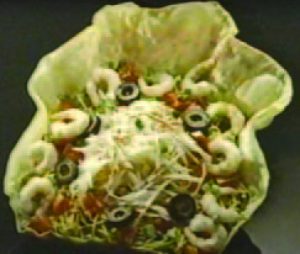 I once dated a girl whom everyone I knew disliked intensely…because I figured at least one of them had to be wrong. This was the same thinking that drove me to Taco Bell in the late 1980s to try something that seemed like it couldn’t be as bad as everyone said it was. Without going into further detail, let’s just say that neither experiment ended well. 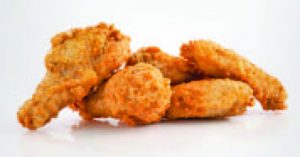 Often I wonder how many chickens made the ultimate sacrifice so that McDonald’s could discover that their customers don’t have time to figure out where the meat ends and the bone begins. I thought they were pretty good, however they were a little tricky to eat hurtling down the Turnpike at 75 mph. 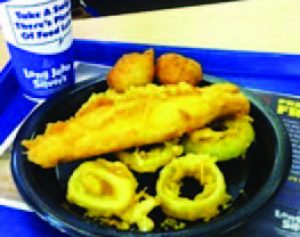 A Long John Silver’s mall kiosk opened near where I lived and I was genuinely excited to try something that sounded like a sampler of their seafood. Unfortunately, that’s not what it was. The Big Catch was a heavily breaded slab of fish along with some hushpuppies and onion rings, all deep-fried as if they had done something wrong in a past life. Not what I expected or what I wanted. Long John’s critics had a field day with this menu item, which supposedly had 33 grams of trans fat, dubbing it “deadliest catch” and “heart disease on a hook.” 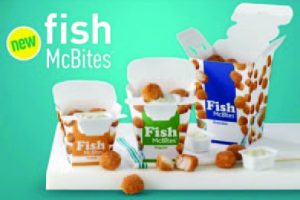 These guys got the Filet-O-Fish so right; I wonder how they got this spin-off so wrong. Were these fishy morsels meant as a change of pace for McNugget aficionados? I was curious enough to order the 15-piece size…but had to surrender a third of the way through. When I brought the rest home, my dog—who I have caught eating out of my cat’s litter box—did not recognize Fish McBites as food.

AND THE UGLY – “Surprisingly good, but no surprise they’re gone.” 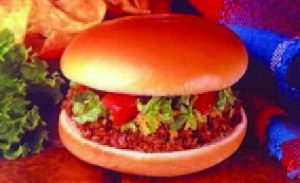 No one quite remembers when the Beefer first arrived at Taco Bell, or maybe no one wants to admit it. The Taco-flavored Sloppy Joe was the chain’s answer to America’s growing appetite for meat on a bun and you know what? It wasn’t terrible, especially if you liked to spice things up with a little hot sauce. Beefer fans who somehow outlived the sandwich know that you can still order it at one of those combo Taco Bell/KFC locations…but you have to wink and ask nicely. 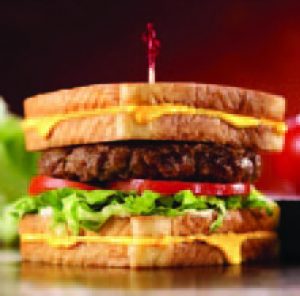 Admittedly, Friendly’s doesn’t exactly fit the fast-food category. But this is a good story. After encountering a long line at my local Five Guys, I kept driving until I arrived at a Friendly’s. I mis-read the menu, thinking I was getting a Grilled Cheeseburger Melt. When the Grilled Cheese Burger (two words) Melt arrived with a thud in front of me, the look on my face was like the Monopoly guy on the “Bank error in your favor card.” Either the cook was on drugs or I was on Candid Camera because my burger was sandwiched between two complete grilled cheese sandwiches. This was an epic work of Brutalist restaurant art. It was sloppy and delicious but I did not make a clean getaway. On my way home I sneezed up (sneezed is not a typo) a fragment of American cheese. How does that even happen? Anyway, I never went back for another one and now my understanding is that they are no longer served. 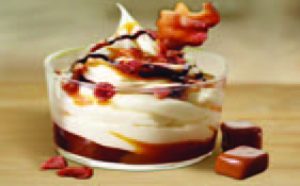 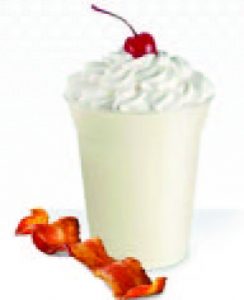 Off the top of my head, I cannot think of a single food that is not improved in some way by the addition of bacon. And if a food already has bacon in it then it can only be further improved by an extra piece or two. Which is why I was tempted to try both of these ice-cream-based concoctions. The Burger King sundae featured vanilla ice cream, caramel, bacon bits and an actual slab of bacon. Not to be out-baconed, Jack in the Box debuted its 24-ounce Bacon Shake at about the same time. It featured bacon flavoring only, so it got a thumbs-down from me. The milkshake was part of the chain’s “Love Bacon? Marry It!” campaign. For the record, I was already married but seeing bacon on the side. 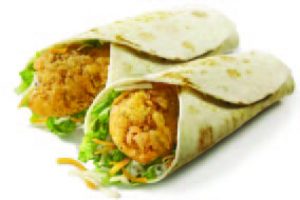 A chicken finger swaddled with lettuce and cheese in a soft tortilla, the McWrap looked a little sad and definitely lacked pizzazz, especially when it unraveled in your lap as you tried to squeeze some sauce into it. However, it was a huge hit in Europe so the company brought it to American McDonald’s, where it was the cheapest thing on the menu. The unintended consequence was that a McWrap took five times longer to assemble than a burger, which clogged drive-thru’s and drove away in-a-hurry customers who might have ordered higher-priced items. I happened to love McWraps as quick, between-meal snacks. But franchisees despised them and they disappeared from the menu a few years ago. 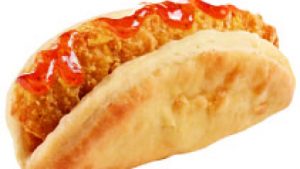 I believe that anything that fits in a taco probably belonged in a taco to begin with. I am also a huge fan of biscuits. Not surprisingly, the announcement that Taco Bell had combined the two on its breakfast menu grabbed my attention, especially when I heard you could get a Biscuit Taco with fried chicken and honey-jalapeno sauce. Although the flavors were okay (the chicken was breaded with upcycled tortilla chips), when it emerged from the kitchen, there was something disturbing about its appearance. It looked like a Muppet choking on a piece of fried chicken. 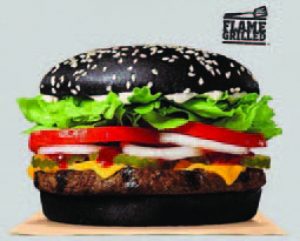 A flame-broiled burger on a pitch-black A1-impregnated bun? What’s not to love. Seriously, I’m asking: What’s not to love? Just because this limited-edition menu item was visually disconcerting, it doesn’t mean it wasn’t delicious. And just because it turned your poop green… Oh. Okay. Now I’m getting it.
Editor’s Note: Although all of the items in this story have definitely been removed from chain restaurant menus, thanks to social media and self-destructive eating habits, almost all have spawned grassroots efforts to bring them back at one time or another. Don’t be surprised to see one or two back in play (probably with different names) in the years to come; the Double-R Bar Burger (which was named in honor of Roy’s ranch) may still be available in a handful of locations. For more thoughts on fast-food fails, visit edgemagonline.com and read about Ray Kroc’s dumbest idea, the problem with pizza and the day a pumpkin bomb hit Japan.