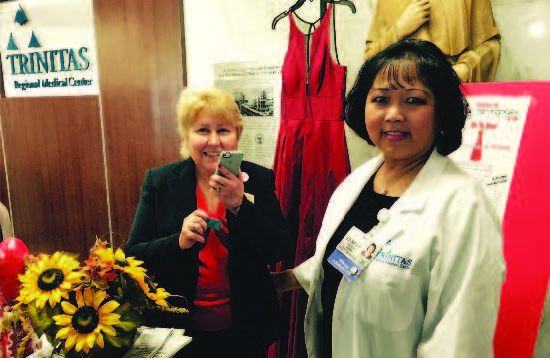 A LADY IN RED

Trinitas Health Foundation held its Red Dress raffle drawing for an elegant full-length gown from the Aidan Mattox Occasion Shop at Bloomingdale’s in Short Hills. Terry Finamore, Stroke Program Coordinator, drew the winning ticket and Barbara Baglin of the Trinitas Pharmacy Department was the lucky winner. Nadine Brechner, Vice President of the Trinitas Health Foundation, reports that $1,360 was raised from the raffle. This donation will support the cardiac area in the new Emergency Department. A big thank you to Bloomingdale’s and Aidan Mattox of Short Hills Mall for this glamorous donation! 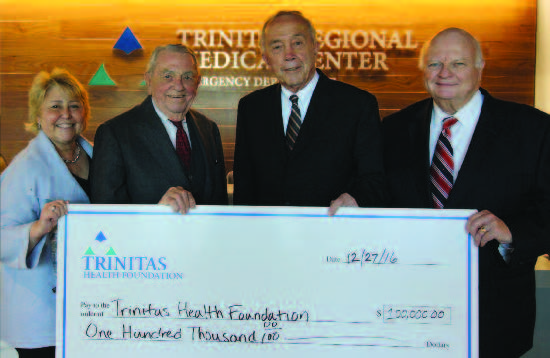 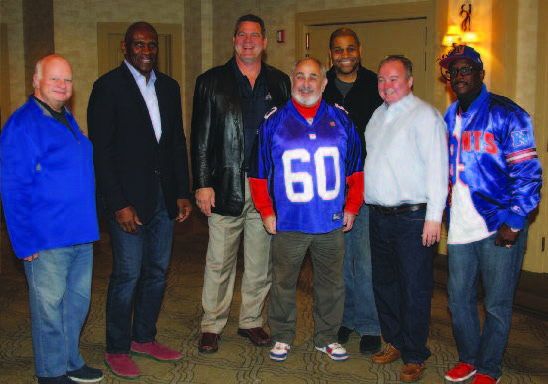 Trinitas Health Foundation’s 3rd Annual Tailgate with Trinitas event was held on Sunday, December 4th. The event featured five past prominent players, Harry Carson, Stephen Baker, Charles Way, Bart Oates, and Bill Neill, each of whom were on-hand to revel in the festivities. With endless amounts of “tailgate” food, as well as beer and wine, the event has become part of the Trinitas Health Foundation’s fabric. We hope you can join in on the action next year! Pictured from left to right President & CEO of Trinitas, Gary Horan, Hall of Famer Harry Carson,  Bill Neill, Irv Brechner, Charles Way, VP of Trinitas Human Resources, Glenn Nacion, and Stephen Baker.

SAVE THE DATE! Trinitas Gala honoring Connie Dwyer on May 4th at the Venetian! Call Nadine at 908-994-8249 for more details!