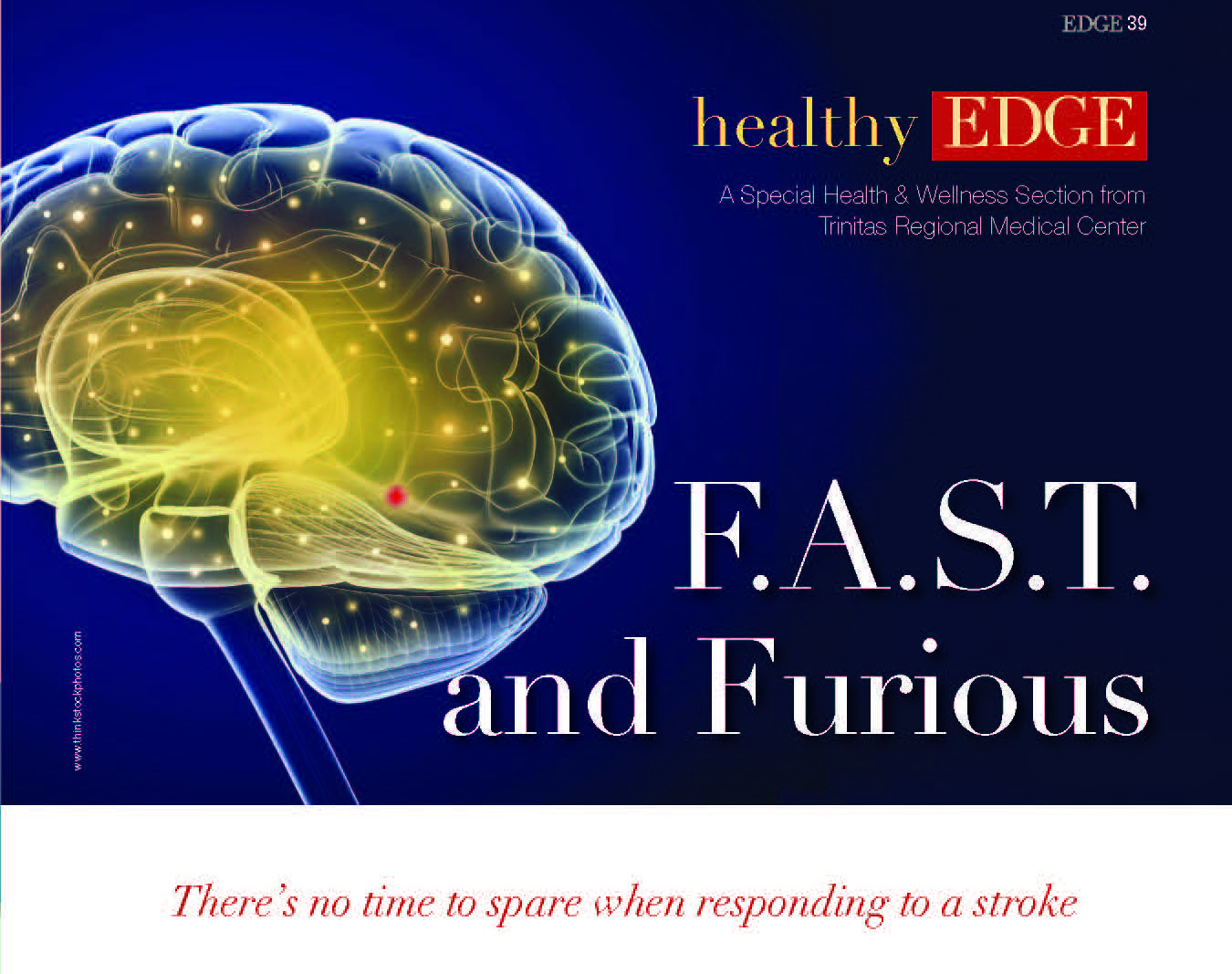 There’s no time to spare when responding to a stroke.

You’re having a normal day, going about everything as usual, not giving much thought to what might possibly create issues. You are convinced you have everything under control. You certainly don’t give any thought to the fact that you might become a statistic: Every 40 seconds, someone in the United States experiences a stroke; every 4 minutes, someone dies from one.

Let’s get back to your day. First, you start to feel your face drooping. Next, there is a weakness in your arm. You speak but your words don’t make sense. Don’t wait a moment longer. Time is critical. Call 911 for help. 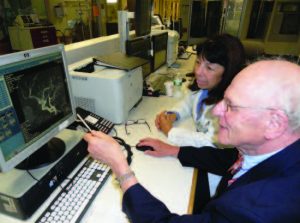 Bernard Schanzer, MD, Chairman of the Division of Neurology, and Debbie Milkosky, RN, Coordinator of the Trinitas Primary Stroke Center, review a CT scan that reveals the presence of a stroke. With decades of experience, Dr. Schanzer serves as the primary neurological consultant for stroke cases at Trinitas, while Debbie seamlessly brings together a team of medical and nursing professionals to address the treatment and care of stroke patients throughout the medical center.

The American Stroke Association has summed up these symptoms in the acronym FAST to encourage a greater awareness of stroke (also know as brain attack). Those who suffer stroke notice a drooping in their Face (F), followed by Arm (A) weakness, and then Speech (S) abnormalities. These symptoms—and others, such as loss of balance or severe headache—mean it’s Time (T) to to call 911.

The person who is symptomatic (experiencing some or all of these symptoms) may be taken so off guard that an observer is often better able to act quickly and place that call. Whatever the case, stroke leaves little time for hesitation. In fact, the longer the delay, the greater the chance for brain damage; approximately 2,000,000 brain cells (neurons) die every minute a stroke goes without treatment.

This past October 29th was World Stroke Day. Now in its ninth year of international observance, it calls attention to what can be a life-altering or fatal health emergency. Statistics bear this out. The Centers for Disease Control and Prevention (CDC) report that one of every 19 deaths is caused by stroke—taking the lives of nearly 130,000 Americans each year. The disability that results from stroke costs the nation $38.6 billion annually; that’s a hefty price tag that includes health care services, medication and lost productivity. Although the American Stroke Association emphasizes that 80 percent of all strokes are preventable, uncontrollable risks such as heredity, age, gender and ethnicity remain key factors that can lead to stroke. 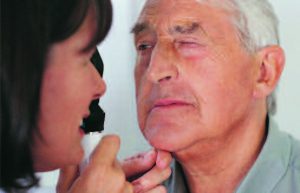 Strokes occur when a blood clot blocks the blood supply to the brain or when a blood vessel within the brain bursts. Medical conditions such as high blood pressure, high cholesterol, heart disease, diabetes, being overweight or obese, and previous “mini strokes” (transient ischemic attacks, TIAs), can all exert negative inﬂuences and cause someone to be a candidate for stroke. Of the 795,000 people who suffer stroke each year, 610,000 are ﬁrst or new strokes; 185,000 are recurrent strokes.

That being said, positive lifestyle choices—such as avoiding smoking and excessive alcohol, eating a balanced diet, and getting regular exercise—can all make a difference in reducing the risk of stroke.

Neuro is called,” she says, “an Emergency Room physician evaluates the patient within 10 minutes of arrival. Within the next ﬁve minutes, a neurological consult takes place to determine the likelihood of stroke. Based on the neurologist’s recommendation, a patient may be given a clot-busting medication. At 25 minutes after arrival, a CT scan is done. The results are then interpreted within 45 minutes of the patient’s arrival. All of this happens so rapidly because every minute counts in reducing brain damage.”

Trinitas’s targeted education plays a pivotal role in pointing out the dangers of stroke and, ultimately, in lessening the frequency of Code Neuros. Trinitas has conducted community outreach that shares information with an average of 700 people each year. With the assistance of the Rotary Club of Elizabeth and a grant from the Rotary District 7510 of Central Jersey, Trinitas created educational resources for family members and friends who may be caregivers to a stroke patient.

In addition, Milkosky and a team of healthcare professionals wrote and produced a video that drives home the important points about acting FAST in the stroke situation. The video follows a patient from the moment he begins to experience initial stroke symptoms through his arrival at the emergency room, to his treatment, and, ultimately his discharge in the care of loving family members. “We’ve put a face on stroke that makes it real for viewers,” she explains.

Milkosky realizes that little can be done to reduce the likelihood of stroke based on genetics, age, gender and ethnicity. However, a better-informed community has a greater chance of striking a blow against stroke. “We conduct cholesterol and glucose lab testing, blood pressure and pulse checks, and offer stroke-related counseling to encourage a better understanding and awareness of stroke.”

She stresses being pro-active to reduce the risk of stroke by eating better, exercising regularly, and avoiding tobacco and alcohol. “In the case of stroke, long-term commitments to healthier living can sometimes help avoid a devastating health crisis that can literally happen in an instant.”