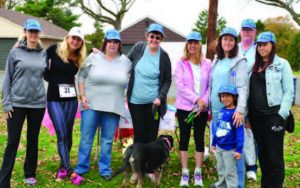 Members of the Adult Outpatient unit in Behavioral Health & Psychiatry joined in the Mental Health Association’s Fight Stigma Walk and 5K Run in Clark on November 7. Laura Varriale-Ciardiello came in second for the 5K run among the 150 walkers and runners on hand from all over the state. More than a dozen Trinitas employees and friends participated. 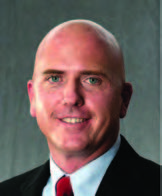 The PGA Championship is being held this summer at Baltusrol Golf Club in Springfield, NJ. Fans and volunteers from all 50 states and nearly 30 countries are expected to attend the event, which runs from July 25 to 31. “This overwhelming response from golf fans and volunteers across the country, and around the world, confirms that the

2016 PGA Championship will truly be a global event,” says Championship Director Ryan Cannon, who is responsible for managing all of the business outside the ropes — from marketing to security to government relations. 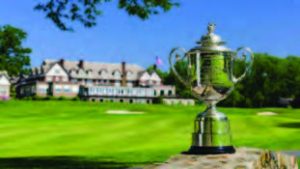 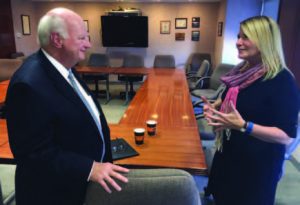 Trinitas recently hosted a visit by Cathleen Bennett, Acting Commissioner of the New Jersey Department of Health, to gain a further understanding of healthcare delivery in New Jersey. In addition to meeting with Gary S. Horan, President and CEO, and other members of senior management, Acting Commissioner Bennett toured the Trinitas Comprehensive Cancer Center and the new Ambulatory Surgery Center. 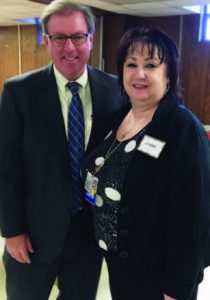 More than 100 members of the health, law enforcement, human services and faith communities participated in a comprehensive program held at Trinitas that focused on breaking the cycle of re-incarceration.  Linda Reynolds (right), Director Adult Ambulatory Services at Trinitas, and Union County Sheriff Joe Cryan (left) were among the attendees. Keynote speakers included Ella Teal, CEO of the Urban League of Union County, and Senator Raymond Lesniak. The event was hosted by the Union County Re-Entry Task Force. 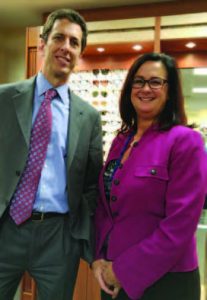 Dr. Milton Kahn and Nancy Drumm were among the 20-plus attendees at an event held at The Eye Care & Surgery Center. Drumm, Membership Director of the Woodbridge Chamber of Commerce, hosted the event, which featured a Q&A with Dr. Kahn. 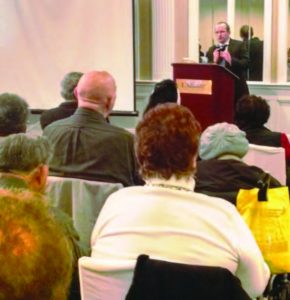 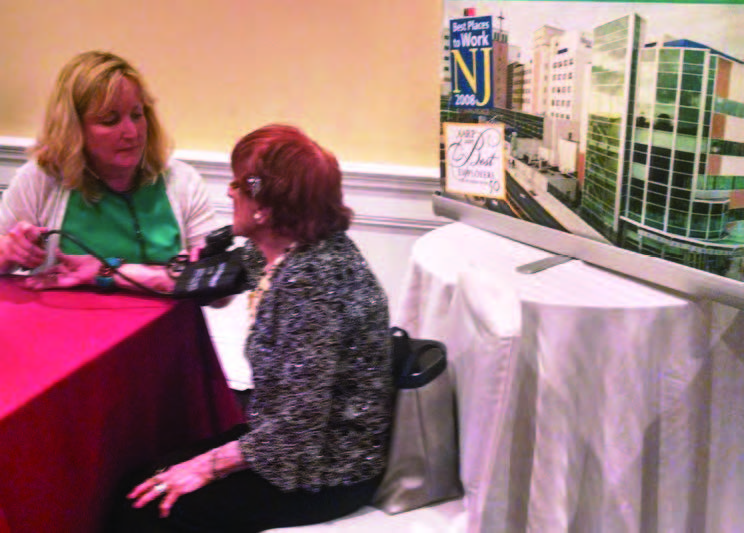