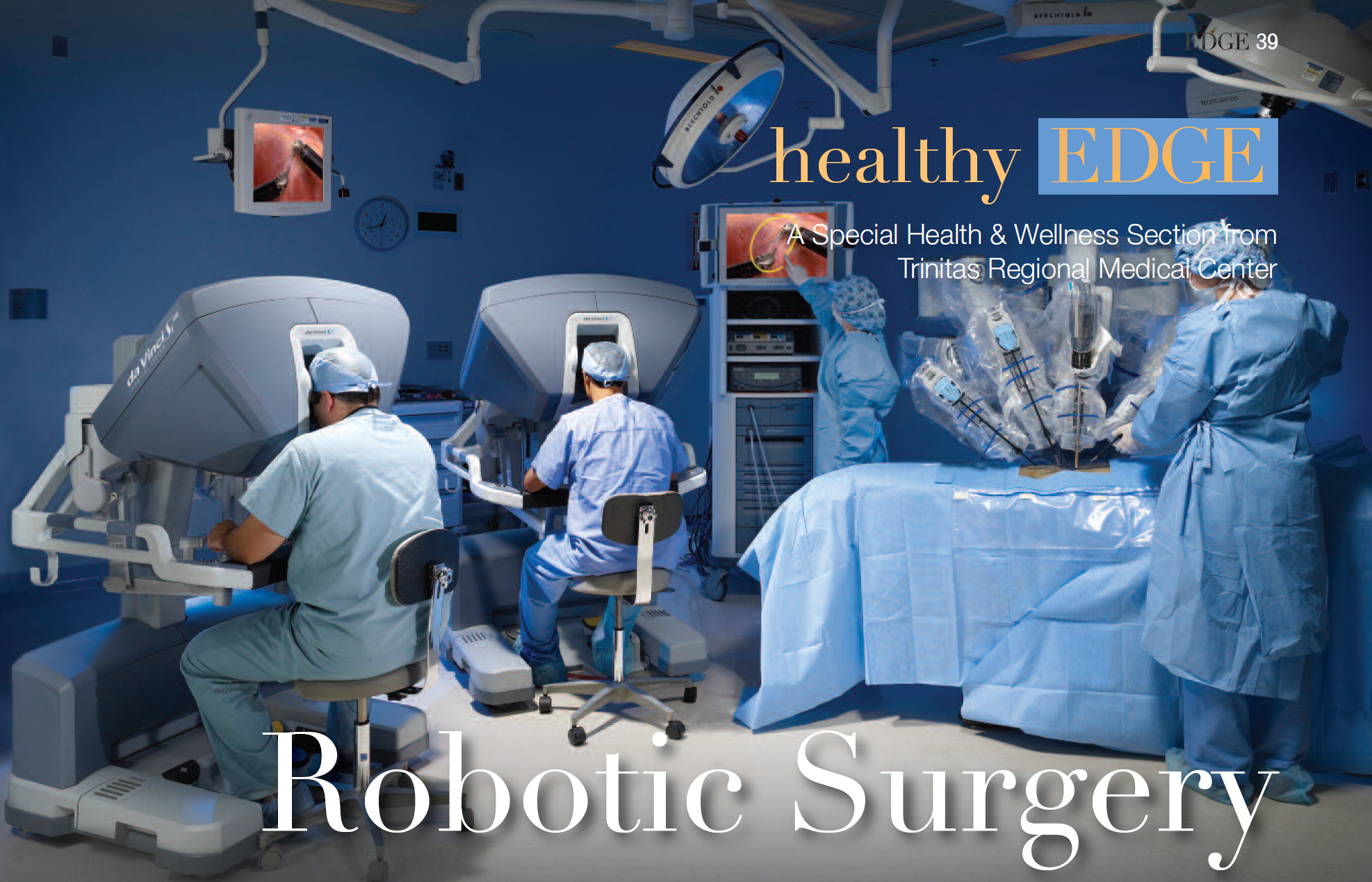 Doubling Up with da Vinci - 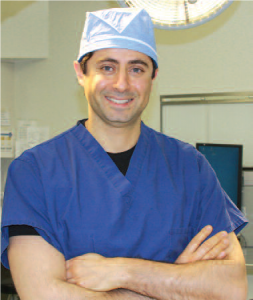 Labib E. Riachi, MD, Interim Chairman of OB/GYN at Trinitas, has the distinction of being one of the busiest robotic surgeons in the Northeast United States. He has completed over 250 robotic cases during the last two years.

Doctors ‘Doubling Up’ with the da Vinci System Two heads are better than one. That old saying holds especially true when the topic is robotic surgery. The da Vinci Surgical System, which enables doctors to sit comfortably at a console and operate remotely with incredible dexterity and precision—and a super-magnified 3-D view—has proved invaluable for a wide range of minimally invasive procedures since arriving at Trinitas Regional Medical Center in 2009. Indeed, during that time, Trinitas has become the busiest hospital on the East Coast for gynecological surgeries using the da Vinci, not to mention the first place in New Jersey where robotic bariatric surgery was ever performed. Beyond the headline-generating benefits of da Vinci, however, is the growing realization that the system‘s dualconsole set-up creates a stunning array of new possibilities both for doctors and patients.

For example, if a complication arises during an operation, a second surgeon can literally “sit in” and assist in his or her specialty without missing a beat. “We also have realized that the two consoles enable us to schedule ‘hybrid’ procedures, where two surgeons work together at once,” says Dr. Labib Riachi, Interim Chairman of the OB/GYN Department at Trinitas. “With a single console, one surgeon would have to step away to allow another surgeon to step in. With two this is not an issue. The benefit to the patient is immeasurable.” Another advantage of having two consoles is in training doctors in robotic applications. “While one surgeon performs a procedure,” Dr. Riachi explains, “the other can appreciate both visually and manually what we are doing. There is also amazing simulator software that enables trainees to teach themselves on a ‘virtual’ patient.”

All of this happens, he adds, in three dimensions—with 10X magnification and 360-degree rotation. This enables doctors to identify structures (such as small blood vessels and nerves) they couldn’t fully appreciate with traditional laparoscopic methods, and also perform suturing more efficiently. According to OB/GYN physician Dr. David Herzog, who uses the system for a number of procedures, including hysterectomies, the da Vinci has truly revolutionized surgery. The movements of the robotic instruments perfectly mimic the surgeon’s hand movements, allowing doctors to cut, cauterize and sew with the same freedom as if the patient were wide open. “The robot has allowed us to perform complex surgeries through tiny incisions which, in the past, would have necessitated large, painful incisions,” Dr. Herzog explains. “These tiny incisions make the recovery process quick and comfortable. So in the case of a hysterectomy, this enables my patients to return to work usually within one week, as opposed to eight weeks after the classic incision procedure.” The technology is constantly improving, he adds. “And that translates into excitement for the doctors and great care for the patients.”