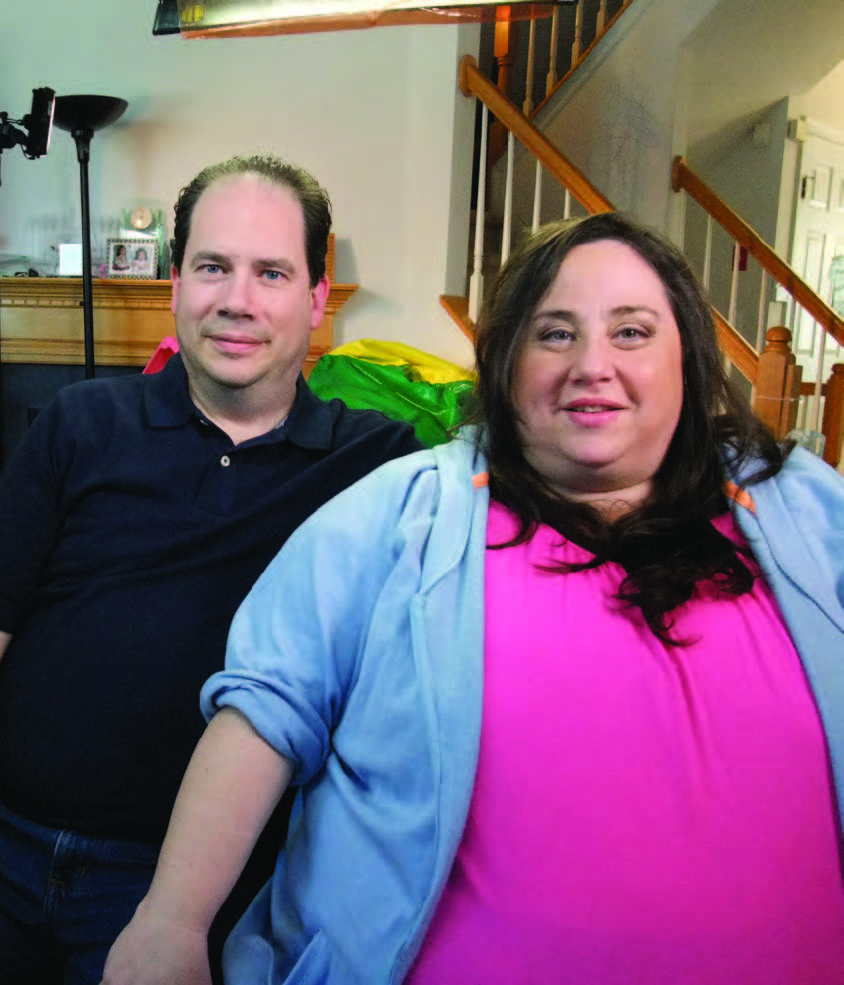 Let’s put it right out there: APRIL SEMMEL may be TV’s most unlikely domestic diva. She serves as the fulcrum of FOUR KID FRENZY, the first episode of which aired this May on the Style Network. The parent of four-year-old triplets Andrew,  Ashley and Brianna—and a precocious six-year-old named Brandon—April lives in Robbinsville, New Jersey, with her husband Joel. Their living space is overrun with toys and school projects; kitchen counters overflow with papers, sippy cups, pullups, and juice boxes. The family van is a rolling disaster area.

The Semmels were one of four families featured on a 2009 TV pilot entitled Multiple Mayhem. The series wasn’t picked up, but April and her brood were plucked from obscurity for this Style Network docu-soap. She and Joel have known each other since they were teenagers. That’s good, because the foundation they built together is tested on almost an hourly basis. EDGE caught up with April between her full-time job  running a daycare center and her other fulltime job cooking, cleaning, and wrangling four rambunctious children. 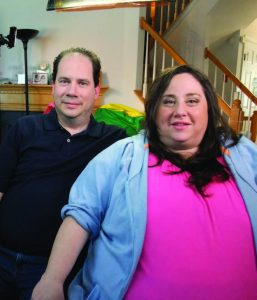 EDGE: What was your reaction when you were told that the Style Network wanted to feature you in your own show?

AS: I was shocked. I have a cluttered house. I have mounds of laundry to do. I’m lucky if I get to vacuum once a week. People ask me, “How could you admit that?” Well, it’s true!

EDGE: Did you see yourself as a TV star?

AS: My cousin did. When my family saw the Multiple Mayhem pilot, they were hysterical, and she said, “You should have your own show.” I started cracking up. Yeah right! And not long after that we got the call.

EDGE: It’s one thing to want to be on TV. It’s another to actually read and sign that release. What was it that convinced you and Joel to open up your lives to a television crew?

AS: Everybody has a private side to them, but I’m pretty much an open book. I felt like I had nothing to hide. Nobody’s perfect, and if anyone exemplifies that idea it would have to be me. Our thought was that this will give the world a look at what it’s really like. We also looked at it as creating a keepsake. We don’t record our life with a video camera, so the idea of someone following us around filming was appealing. Our kids love looking at pictures of themselves, so I figured this would be something they could look back on. So to us, this is about capturing a memory.

EDGE: How do you prepare your kids to be in a television show?

AS: You don’t. This is it, this is us, what you see is what you get. I didn’t want anything phony. We’re not those people who demand their kids act properly in public. They’re kids. That’s the beauty of children. You never know what to expect; you never know what will come out of their mouths. And my kids have no trouble acting like themselves, so you see all the tantrums and the breakdowns.

EDGE: What is one of the plusses of allowing a film crew in your home?

AS: When it’s your life, you don’t think about how interesting or inspiring your story might be. Now there are times when
we’re filming that I do think how, in just getting though the day, we might be inspiring to other people. You don’t realize
how many lives you can touch.

EDGE: What is one of the minuses?

AS: You know those dreams where you go to school and
suddenly you realize you’re naked? Sometimes you have those moments with a film crew in your home.

EDGE: Your family has multiple births on both sides, so you had to be somewhat prepared for coping with the triplets when they arrived. That being said, what were the things that surprised you? 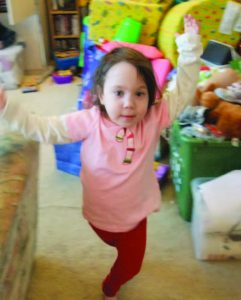 AS: When the triplets were born, I planned to go back to work right away. I soon came to realize that, if I had gone back to work, daycare for Brendan and his three siblings would have cost us sixty-k. Who can do that? It’s impossible! So when you hear people say it doesn’t pay to work, it’s true. Sometimes it doesn’t pay to work. And I’ve always been a workaholic. So that was hard for me.

AS: Yes. On the show you see that we live in a townhouse and I’m always like, “Where are they?” They’re on this floor, they’re on that floor. Now I see the beauty of a ranch house, where everything’s on one floor.

EDGE: In Multiple Mayhem, you tried to put the kids on tethers. How did that work out?

AS: The first time we used the “leashes” was Halloween. Oh my God! It was a disaster! One wanted to go to this house, another wanted to go to that house, one wanted to stop and go through the bag. It was hysterical. It was like every comic routine you could think of. Of course, now they put it on themselves, and say, “Look I’m a puppy!”

EDGE: Do they still tend to run in four different directions when you go out?

AS: Yeah, but not as often. They’re explorers. And they’re definitely strong-willed, just like me. Now that the triplets have had a year of daycare, however, they understand rules a little better.

EDGE: Yet we see in this show that the four kids are very different.

AS: Isn’t it amazing how they all have different personalities? Brandon is very advanced and he is very independent. He can do a lot of things on his own. Sometimes we have to remind ourselves that he’s only six. Andrew is the inquisitive one. He always has to figure out how something works. He’s always taking something apart and putting it back together. Brianna is the sly one. If she has to do something she doesn’t like, she’ll pretend she’s sleeping, or that she didn’t hear you. Ashley is my little diva princess. She wants it now! What’s great on the show is watching their interactions.

EDGE: When you compare notes with parents of other triplets, how do you find that your experience differs?

AS: When you have a child already, and then you have multiples, I think it’s different. You’ve gone through your anxiety with your first child. You’re more relaxed. When I was pregnant with Brandon, I thought it would be nice to have twins—a girl and a boy—and get it over with. But once he was born I was like, “Thank God there’s just one!” It’s so much work! After that, when we had the sonogram and heard the three heartbeats, Joel and I said, “We can do this.” And we did; we got better at it. We are actually on time more often with four kids than we were when we only had one.

EDGE: What percentage of the child-rearing does Joel contribute?

AS: Raising multiples takes teamwork, but the reality is that in any parenting situation someone ends up giving more—even if it’s 51–49—on any given day. Like, when I have to work on a Saturday and Joel gets all four kids.

EDGE: How much does he age during that one day?

AS: It’s funny. We look at pictures of him from before the triplets were born and I say, “You had a lot more hair!” Even so, Joel looks at other families and just can’t understand those fathers who don’t want to be involved with their kids. He’s fully into it. Do we agree on everything? Absolutely not. Anyone who says they do is lying. 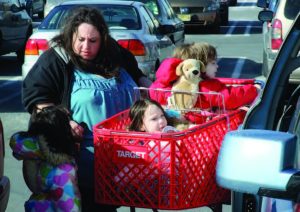 EDGE: A lot of dads draw a line in the sand and say, “I’m just not doing that.” Does that line exist in your home?

AS: I’d say that line was obliterated a long time ago. I don’t think we could survive with that line.

EDGE: What has your experience with fame taught you?

AS: That it’s fleeting. In this economy, we’ve seen people who seemed to have it all lose everything. Being true to yourself, doing what you like to do—that’s the richest reward you can have.

EDGE: Moms will be riveted by Four Kid Frenzy. The question is, what can husbands learn from watching this show?

AS: The importance of teamwork. And also keeping the big picture in mind. Find a way to work with your wife, find balance in your life, and never ever lose sight of what you’re working towards.