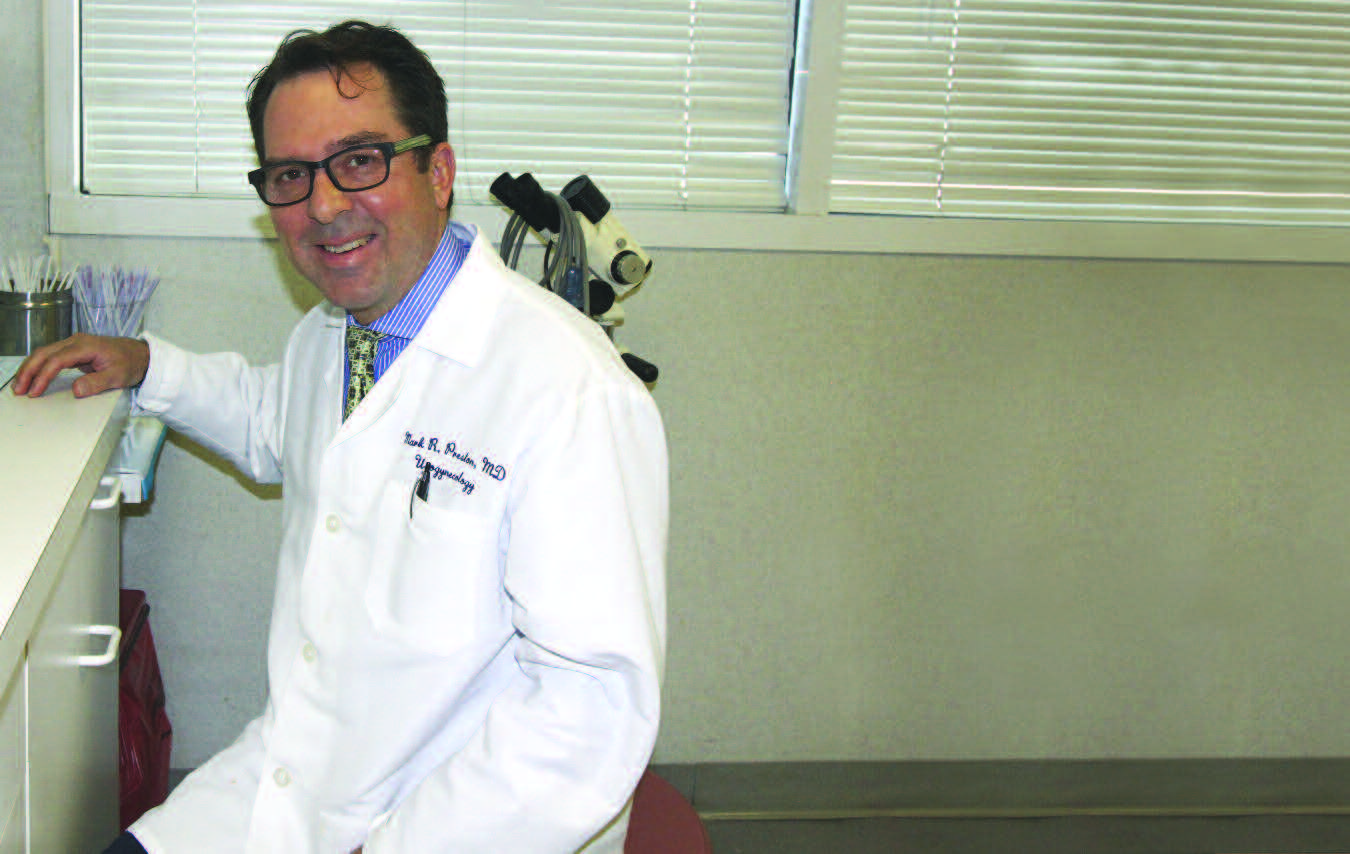 Mark Preston didn’t grow up with the dream of becoming a doctor. In fact, he says, the ﬁrst time he had any inkling of entering the ﬁeld of medicine was during his senior year in college, when he was digging out a particularly deep splinter in his hand. At the time, he was at Dartmouth College majoring in government. A year later, in a remote part of China, he got sick and spent a day as a patient in an open ward of a hospital.

“As I witnessed the nurses and doctors caring for much sicker patients, I was impressed and moved by the caring manner of the staff and also taken by the vulnerability one has while being a patient,” he recalls. “That really left an impression.” 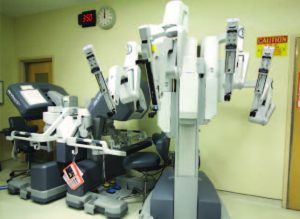 A rare moment when the da Vinci surgical robot at Trinitas is not in use.

Upon returning home to his career in ﬁnance, he became an EMT, which further opened his eyes to a career in medicine: “Finance wasn’t going to satisfy me…I succumbed to my calling and went back to school to become a doctor.”

Fast-forward to 2016. Dr. Preston—one of the ﬁrst doctors in the U.S. to become board certiﬁed in Female Pelvic Medicine and Reconstructive Surgery (more commonly known as urogynecology)—is now on staff at Trinitas Regional Medical Center, which is among the busiest robotic surgery centers in New Jersey. As director of the Women’s Center for Incontinence and Pelvic Surgery in Waterbury, CT, Dr. Preston relied on robotic surgery as an important part of his practice for the past ﬁve years. He brings to Trinitas his expertise in robotic sacrocolpopexy, a surgical technique for repairing pelvic organ prolapse (dropped pelvic organs).

“The problems that I deal with—urinary incontinence, other bladder issues and prolapse—impact so many women,” he says. “These conditions are treatable. You don’t have to live with them. I am very excited about the fact that Trinitas has such an established and highly esteemed robotic surgery program. It’s a real bonus to be able to walk into an already established program of such high quality.”

Known for his relaxed, easygoing personality—and unﬂappable demeanor in the OR—Dr. Preston spends at least 45 minutes to an hour talking to patients upon ﬁrst meeting. The key, he says, is to listen to the patient and make sure you are addressing her desires and concerns.

“It’s really important that patients feel I understand them and that they are comfortable with me,” Dr. Preston explains. “I’ve kept that primary care attitude that I had when I ﬁrst started in medicine: I love getting to know patients and building a relationship with each person. I spend a lot of time listening, ﬁnding out what their goals are, and explaining their problems, the options available, and then ultimately what to expect from the treatment we decide on.”

After his ﬁrst year of clinical rotations at Columbia University College of Physicians and Surgeons, when it came time to choose a specialty, Dr. Preston gravitated to primary care because, he says, “it’s where one gets to know patients over many years and builds a relationship with them. Intellectually, I liked physiology and internal medicine—ﬁguring out how things work or are going wrong. But what I really liked doing was surgery.”

OB/GYN, he concluded, was the only specialty that would combine his favorite aspects of doctoring.

“Within the gynecologic surgical specialties, I found I had a knack for visualizing where things ought to be that have fallen out of place and how to put them back, and I enjoyed the creativity needed to do that,” he says.

“For instance, I see a bulge in the anterior vaginal wall,” says Dr. Preston, “and then try to ﬁgure out what’s causing the bulge—is it a weakening or tear in the middle of the vaginal wall or at the top or at the sides, or has the uterus dropped, pulling the wall with it? I have a larger-than-average surgical toolbox, which means I can tailor a surgery to the speciﬁc needs of the patient. Rather than having one surgical technique to deal with cystocele, I have four that I can use. I was fortunate to have the opportunity to complete fellowships both in pelvic reconstructive surgery and minimally invasive gynecologic surgery.“

All too often, Dr. Preston sees a patient after an unsuccessful surgical outcome. As a member of the American Urogynecologic Society’s Quality Outcomes Committee, he helps to develop national quality guidelines and measures in Female Pelvic Medicine and Reconstructive Surgery. The organization maintains surgical outcomes registries, works with national quality groups and the federal government on quality measures, and monitors the regulatory environment as it pertains to the specialty.

Although the experience of performing surgery is different for every doctor, what remains the same is the intensity and the importance of remaining laser-focused. What Dr. Preston believes sets him apart is the way he responds to the pressure. When he is on a case, there are no distractions.

“I am one hundred percent focused on the surgery,” he says. “It’s almost as if time stands still. Fatigue, pains, and other worries…they all disappear when I am in the OR.” EDGE 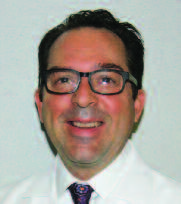