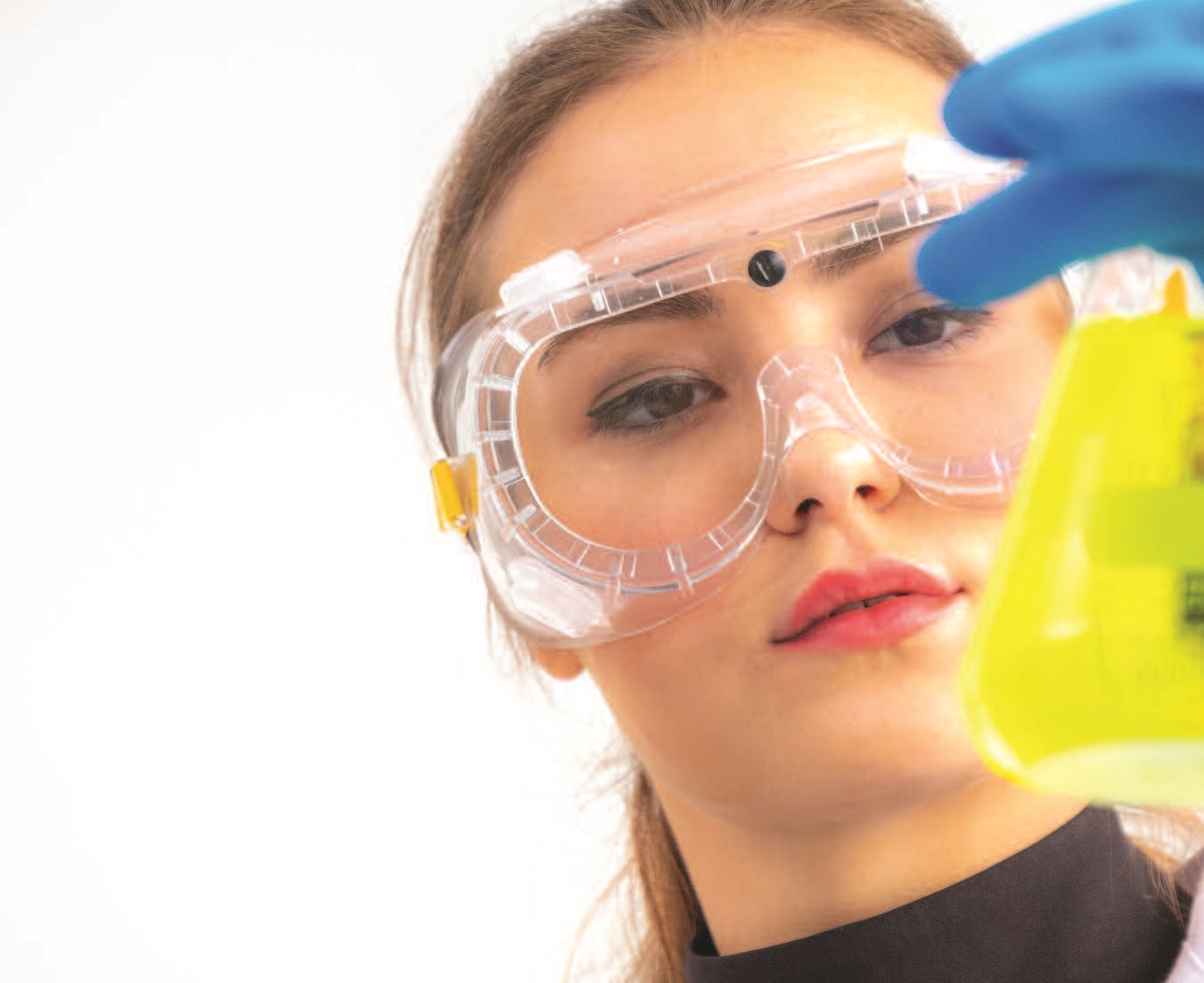 Did That Just Happen? -

Was 2018 a banner year for medical breakthroughs? Only time will tell, of course. That being said, there were a number of wow-factor stories that found their way into the mainstream media, as well as some that flew a bit under the radar. Each of the following news items, in its own way, heralds a game-changing health discovery that is likely to have a near-term impact—perhaps on your life or the life of a friend or family member. 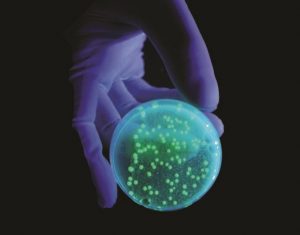 LET THERE BE LIGHT

During flu season, every countertop, door handle, and armrest is a potential vector for illnesses that sicken millions—and can be deadly to those with compromised immune systems. A study published in Scientific Reports earlier this year showed that far-ultraviolet C light—aka. Far-UVC—can kill flu viruses. The beauty of Far-UVC.(besides its cost-effectiveness as a virus-killer) is that it is not harmful to human cells. Conventional ultraviolet light kills viruses but causes skin damage with too much exposure. This breakthrough could have a dramatic impact on the spread of microbial diseases—not just on public surfaces, but in the air, including influenza and even tuberculosis. Don’t be surprised to see Far-UVC fixtures in airports, schools, and hospitals in the years to come. 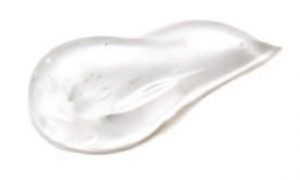 For all the medical advances made over the course of human history, wound and incision closure hasn’t progressed all that much. Stitches and, later, staples have been the basic method for keeping our insides in and the outside out. Last year, inspired by the sticky defensive slime secreted by the European slug (Arion subfuscous), scientists at Harvard’s Wyss Institute for Biologically Inspired Engineering created a new adhesive material that sticks to wet surfaces. In 2018, scientists took things a step further and unveiled a new surgical “superglue” that shows great promise as an alternative to stitches and staples. The advanced hydrogel is made of biomaterials that mimic the slug mucus, which adheres to surfaces in three different ways. The ick factor notwithstanding, it is non-toxic, flexible and able to stick to any surface—even surfaces covered in blood. Next up? A biodegradable version that will dissolve when a wound fully heals.

We are officially one step closer to Star Trek sickbay thanks to Portal Instruments, a company working with MIT to develop a needle-less shot. The result of their work is PRIME, an injection device that introduces a high-pressure stream of medicine through the skin and into the blood without the sharp stick that none of us particularly likes. PRIME ejects doses of medication at Mach 0.7, or about the cruising speed of a Boeing 707. For people with an intense fear or phobia of needles—who often avoid much-needed doctor visits—the needle-free injection is a game-changer. 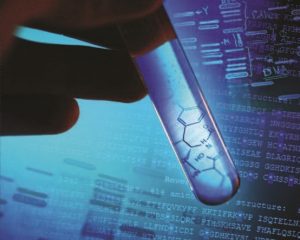 A few years ago, the acronym CRISPR began popping up in medical stories. It stands for Clustered Regularly Interspaced Short Palindromic Repeats and refers to a type of DNA sequence in bacteria and single-celled microorganisms. In 2018, scientists at the Salk Institute used CRISPR gene editing to target the RNA of diseased cells related to frontotemporal dementia, which is second to Alzheimer’s in early-onset dementia cases. In the Salk experiment, the RNA targeting effectively restored healthy levels of protein to the neurons affected by the disease. RNA-targeted use of CRISPR has been tried before, but in terms of accuracy, this type of gene-editing represents a significant breakthrough.

The battle against drug-resistant bacteria took an interesting turn this year when researchers at the University of Lincoln in England synthesized an antibiotic called teixobactin—and used it successfully to treat infections in mice. Teixobactin is a key weapon in fighting bacterial strains such as MRSA, which are difficult to kill and possess the potential to trigger epidemics. Teixobactin was originally discovered using a new method of culturing bacteria in soil and has been shown to kill Staphylococcus and Mycobacterium tuberculosis. The ability to synthesize teixobactin on a commercial level will take many years but should provide an important level of protection against staph and tuberculosis sometime in the 2020s. 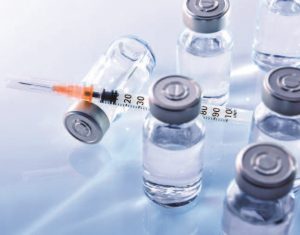 A large human trial on a new HIV vaccine began in sub- Saharan Africa this year. The new “mosaic” vaccine addresses an obstacle that has thwarted the development of this type of vaccine for decades: The virus has multiple strains and tends to mutate rapidly. Initial trials on healthy, low-risk individuals in the U.S., Asia, and Africa produced a significant anti-HIV immune response. Tests of the vaccine on rhesus monkeys protected two-thirds from HIV. “One of the great challenges for development of HIV vaccine is viral diversity,” says Dan Barouch, Director of the Center for Virology and Vaccine Research at Beth Israel Deaconess Medical Center in Boston. “The mosaic strategy is one way to attempt to deal with the global virus diversity.” 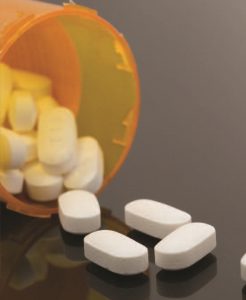 An 18-month trial completed earlier this year by Biogen (a U.S. biotech company) and Eisai (a Japanese pharmaceutical firm) has confirmed that the experimental drug BAN-2401 slows the progress of Alzheimer’s disease. BAN-2401 is an antibody that removes amyloid, the protein that interferes with nerve-cell function in the brain. The study was conducted on 856 individuals with mild cognitive impairment or signs of early-stage Alzheimer’s, all of whom showed amyloid build-up. Other drugs have been effective on amyloid levels, but BAN- 2401 reduced the development of new amyloid clusters and—most notably—slowed the decline in planning and reasoning skills by up to 30 percent. More work needs to be done, but this marks the first time a significant clinical trial has identified a drug that actually slowed Alzheimer’s disease. 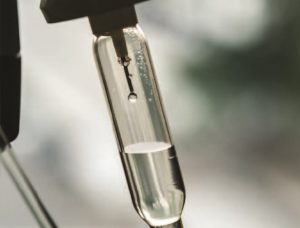 Ketamine has a long and varied history. It was used as an IV anesthetic during Vietnam and is still used in field. hospitals and ERs. It is prevalent in veterinary medicine

(though not as a “horse tranquilizer” as some have referred to it) and is sometimes used to treat chronic pain in humans. Ketamine has also enjoyed some popularity as a high-powered party drug. In 2018, building off a decade’s worth of clinical studies, researchers at the University of Illinois at Chicago College of Medicine concluded that Ketamine is able to lift treatment-resistant depression in a few hours—which has profound implications within the psychiatric community.  Indeed, it’s the first drug in more than two generations that has demonstrated an ability to affect various neurological pathways to alleviate depression. The Chicago study, published in the June edition of Molecular Psychiatry, was one of several on Ketamine released during 2018. Unfortunately, the antidepressant effect rarely lasts longer than a week or so, and it is unclear whether repeat infusions are effective or even safe. The discovery has triggered research into similar drugs that last longer and come with fewer side effects, so expect more news to come in 2019 and beyond. 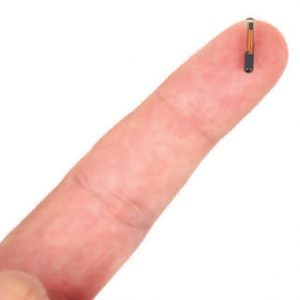 When you see the letters TNT, you probably think dynamite. When scientists in the field of regenerative medicine talk “TNT,” they are likely referring to Tissue Nanotransfection, an emerging technology that involves a stamp-sized chip that reprograms skin cells to help repair organs and blood vessels. The implanted chip is used to send an electrical current into the body that delivers genetic codes to the skin cells, essentially changing their function to rescue failing body functions.  In a series of 2017 lab tests at the Ohio State University College of Medicine, researchers applied the chip to the legs of mice that vascular scans showed had little or no blood flow. The TNT chip reprogrammed their cells to become vascular cells and within a week the transformation began. By the second week, active blood vessels had formed. By the third week, the legs of mice were saved (with no other treatment). Human trials of this technology began this year.