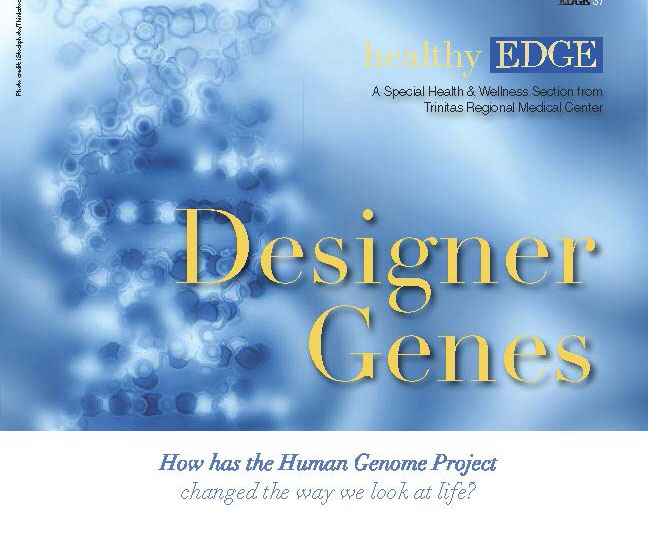 How has the Human Genome Project changed the way we look at life?

The human body consists of more than 100 million million cells. Each contains a complete set of blueprints that determines who and what we are. Reading those blueprints was the goal of the Human Genome Project. By analyzing the sequence of the cellular gene pairs that make up that incredible macromolecule—our DNA—scientists hoped to unlock secrets that would lead to the prediction and prevention of future health issues, as well as designing treatments for all manner of diseases. The first significant results of the Human Genome Project were released to the public in 2003. Since then, an international army of biotech researchers has been using this information to explore the genetic differences that increase the risk for certain common diseases, such as diabetes and cancer, in order to develop effective cures and treatments.

When the Human Genome Project began, it laid out a set of ground rules for its participants:

Wait. What? That last item caught a lot of people off guard. Why would government-funded research centers in the US, UK, Japan, France, Germany and Spain simply hand over their breakthroughs to pharmaceutical companies and biotech firms? The directive to share technology with the private sector was originally intended to encourage friendly cooperation for the good of humankind. Needless to say, it actually generated some not-so-friendly competition—and, at times, near open warfare. Ironically, it was this rivalry that spurred some of the most productive research, and resulted in impressive scientific advances.

A case in point is J. Craig Venter, recognized as one of the most successful entrepreneurs in the genomics arena (he was included in 2008 on Time magazine’s list of the 100 most influential people in the world). Venter launched his career in bioscience with the Human Genome Project as a colleague of Dr. Francis Collins, who headed the National Human Genome Research Institute, which was formed under the National Institutes of Health. In his autobiography, A Life Decoded, Venter said he became frustrated with the slow pace of progress with the project, prompting him to fund his own company. To do so, he turned to Wallace Steinberg, a lifelong New Jersey resident and entrepreneurial visionary in the private sector. Steinberg was famously quoted in a 1992 New York Times article as saying, “I have this theory that death is a genetic disease.” 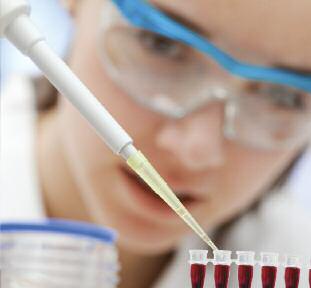 Together, Venter and Steinberg formed a non-profit research center, The Institute for Genomic Research (affectionately called TIGRE). The collaboration was nothing short of remarkable.

Venter’s corporate goal was to sequence the human genome and release it into the public domain faster and cheaper than the Human Genome Project itself. The pressure TIGRE put on the public program led to a redoubling of its efforts. In 2001, the Human Genome Project managed to publish its initial findings for the scientific community one day before Venter’s publication—three years before the project’s original target date. Yet the greater victory may belong to Venter. His “shotgun” approach to sequencing has become the de facto standard still used today. In truth, we are all the winners in this great race. Since then, the scientific advances from both the project and the private sector in deciphering the human genetic code have led to a wide range of improvements.

Topping the list of advances that have come from genetic research are those made in personalizing medical diagnosis, prognosis and treatment. Human genome mapping will soon become more available and popular as the cost (currently about $8,000) is reduced to a more affordable $1,000. That’s less than an MRI, which is mind-boggling when you consider that it cost the Human Genome Project about $400 million to sequence the first genome of a cancer cell. Already we are learning why certain cancer treatments are more effective than others—and that some patients may not be getting the best treatment at all.

Indeed, on a recent CBS This Morning segment, Dr. Sanjay Gupta reported that as much as one-third of current cancer patients are getting the “wrong” treatment for their particular type of cancer. Dr. Gupta explained that genomic mapping research should help reduce this percentage by pinpointing the best possible treatment regimens according to personal genetic markers.

A deeper understanding of the inner workings of DNA has led to breakthroughs that extend far beyond our own bodies. For instance, analyzing the genome structure of non-human species has resulted in raising hardier, healthier, and safer crops and animals. Through that pesky government requirement to share genome technology with the private sector there have been major improvements in the “greening” of many industries, resulting in cleaner and more efficient processing of chemicals, textiles, food products, fuels, and more. In the area of environmental biotechnology, genome technology has led to producing biodegradable products, finding new energy resources, and initiating hazardous site cleanup. And recently we learned that five major mental illnesses share a common genetic root—the result of the largest-ever genetic study of psychiatric disorders.

If you’re like most Americans, the greatest impact the Human Genome Project has had on your daily life is the TV crime show. You can’t turn the channel without finding an episode that hinges on the breathlessly awaited results

from the “DNA lab.” A whole new vocabulary has crept into our daily lives, as well as a whole new set of expectations. We are all experts, it would seem, in solving cases with technology developed during the Human Genome Project. In fact, cagey lawyers have made this awareness a part of criminal defense cases, elevating the burden of proof to the molecular level. “Where’s the DNA evidence?” they ask…and juries nod in agreement. Like most things on TV, it really doesn’t work that way. Most crime scenes produce no usable or relevant DNA.

That being said, criminology has benefited. Suspects in certain crimes can be ruled out, leaving police more time to focus on their investigations. And the guilty can be brought to justice where traditional evidence might prove inconclusive. Perhaps most important, the wrongfully imprisoned have been exonerated in significant numbers thanks to analysis of DNA evidence. In addition, anthropology has benefited. Paternity claims have been resolved through simple DNA smears. DNA can be used to match organ donors. And even national security has been impacted by improvements in detecting and resisting harmful biological warfare agents.

At what point, however, do we cross the line into the realm of too much information? How much about ourselves do we really want to know? The classic question is: “If your genome mapping raises the possibility of a serious disease lurking somewhere in your future—especially one for which there is currently no known treatment or cure, such as Alzheimer’s—would you want to know?” Regardless of the answer, the next question is: “Who else might find out?”

This raises the serious issue of privacy. The possible consequences are real. Insurance premiums might rise after the insurer is notified of a predisposition to a life-threatening illness. An employer might be less motivated to hire someone with a less than perfect genome profile. Colleges may reject students on the same basis. Once your genetic information has been published, the genie is out of the bottle, so to speak. The possibility exists that you could become a victim of genetic discrimination through unauthorized access to personal health records.

The primary weapon against such violations of privacy is HIPAA, the Health Insurance Portability and Accountability Act of 1996, which spells out your rights regarding personal health information, and limiting who may access and use that information. Yet medical identity theft can and does occur. According to a report released from the Ponemon Institute, a privacy and security research firm, it is a $30 billion a year crime in the United States.

While other American industries have been constricted by the recent recession, the genomics business has been fairly booming. Building off the Human Genome Project, researchers are breaking new ground every day. Even with recent budget cutbacks, as a nascent industry, genomics is building an impressive track record. Ernst & Young in 2011 reported that there were 1,870 public and private biotech companies in the U.S. alone, with annual revenues totaling $58.8 billion. A striking success story is Human Genome Sciences (HGS) which, with the backing of Goldman Sachs in 2009, raised more than $800 million through stock offerings. Competition is fierce. R&D is expensive. But potential profit can be irresistible.

Despite serious concerns such as medical identity theft and genetic engineering, the value added by the Human Genome Project to the quality of our lives is undeniable. Among its proponents is none other than Dr. Mehmet Oz, who encourages everyone to become familiar with their own genetic architecture. As he noted in a recent issue of O Magazine, “Our one-size-fits-all approach to medicine will soon be a thing of the past.” Of course, Dr. Oz tempers his enthusiasm with a not-unexpected caveat: Always work closely with your doctor.

Let’s flex our left brain with some basic scientific vocabulary. Besides being a mouthful, the term Deoxyribonucleic Acid (or the more familiar short form DNA) is the chemical name for a macromolecule that encodes essential genetic instructions. These instructions determine the development of not only every single known organism, but many hazardous viruses, too.

Moving up the vocabulary ladder, a gene is the basic unit of inheritance passed on to us from each parent. Genes determine diverse personal traits, ranging from how we look to how we metabolize, how we fight infection and even how we behave. Individual genes (approximately 20,000 of them) reside on “packages” of DNA called chromosomes within a cell’s nucleus. Humans have 23 pairs of chromosomes, contributed by both parents, one of which determines sex—the X and Y chromosome.

The operative word in the Human Genome Project—a genome—is an aggregate of all of the aforementioned genetic information. The human genome is made up of the macromolecule DNA, which is the main component of our genes and chromosomes. The genome is simply “everything.”